This is a fantastic story of discovery surrounding a lost work by one of the most revered African artists of the 20th century, Ben Enwonwu. The portrait left Nigeria in 1978 and has remained in the possession of a family in Texas ever since. Entirely unaware of the painting’s significant value, the seller had never before heard of Sotheby’s, but came across their website when they ‘googled’ the artist. The portrait is a stunning precursor to Enwonwu’s famed depictions of Nigerian royal princess Adetutu Ademiluyi, often dubbed the ‘Nigerian Mona Lisa’.

Enwonwu’s Christine came to the attention of the specialist at Sotheby’s a little unconventionally. The portrait left Nigeria in 1978 and has remained in the family collection in Texas ever since. Entirely unaware of its significant value, the seller simply typed ‘Ben Enwonwu’ into Google through which they found Sotheby’s website, even though the seller has never heard of Sotheby before.

When the specialists at Sotheby saw a picture of the work, they were absolutely delighted, and immediately drew comparison with Enwonwu’s much famed later depictions of Nigerian royal princess Adetutu Ademiluyi. Hannah O’Leary (Head of Modern & Contemporary African Art Department) got in touch with the seller straight away to let them know the true value of this earlier painting – which is now estimated at £100,000-150,000.

Christine Elizabeth Davis, nee Putney, was an American hair stylist, of West Indian decent, living and working in Accra, Ghana. Christine was born in Mount Vernoun, New York and moved to Ghana in her early 20s to resided with her stepfather, a renowned Ghanaian lawyer. In 1969, Christine moved to Lagos with her British missionary husband, Elvis Davis.

In Lagos, Christine and Elvis developed a friendship with the artist Ben Enwonwu and socialized in the same circles. The present lot is a product of their great friendship and was commissioned by Elvis as a gift to Christine.

The work was painted in under a week, mostly due to Christine’s commitment to being the perfect sitter, she was able to hold a pose and stay motionless for as long as the artist required. The devotion and commitment speak volumes Christine’s trust in Enwonwu, which is equally and gracefully reciprocated in the final portrait.

Christine is said to have had a great appreciation for different cultures which she encountered. Being a stylist, she sought to express herself through the traditional attires of the locals. This is further reinforced in the present lot, where she is depicted wearing a beautifully tied headscarf called ‘gele’, which signifies her married status. Although, Christine was not born in Lagos/Nigeria, her attire shows her affinity with the region and a deep respect for the social norms of the locals.

Shortly after Christine was produced, the family relocated to Texas, USA in 1978. This was due to the large civil unrest during the Nigerian military coups of 1975 and 1976. The work has been in the Davis family collection since 1971 and Sotheby’s is proud to present Enwonwu’s earliest masterpiece.

Christine was in her mid-30s at the time the painting was made, and sadly passed away in Texas. The painting has remained in the family since its completion in 1971, and was exhibited in Lagos before leaving in 1978. 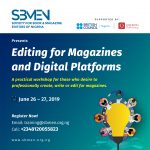 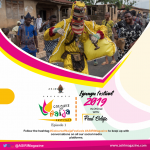