ECHOES is an art exhibition conceptualized by Abolore Sobayo and aimed at telling the FELA story from the perspective of an artist. Echoes was scheduled to coincide with Felabration which started on the 10th of October, 2016 and will end on the 16th October, 2016. The exhibition is currently open at the TerraKulture Art Gallery. The closing ceremony/ artist’s talk is scheduled for Sunday the 16th of October at 1pm at the Terra Kulture Art Gallery. 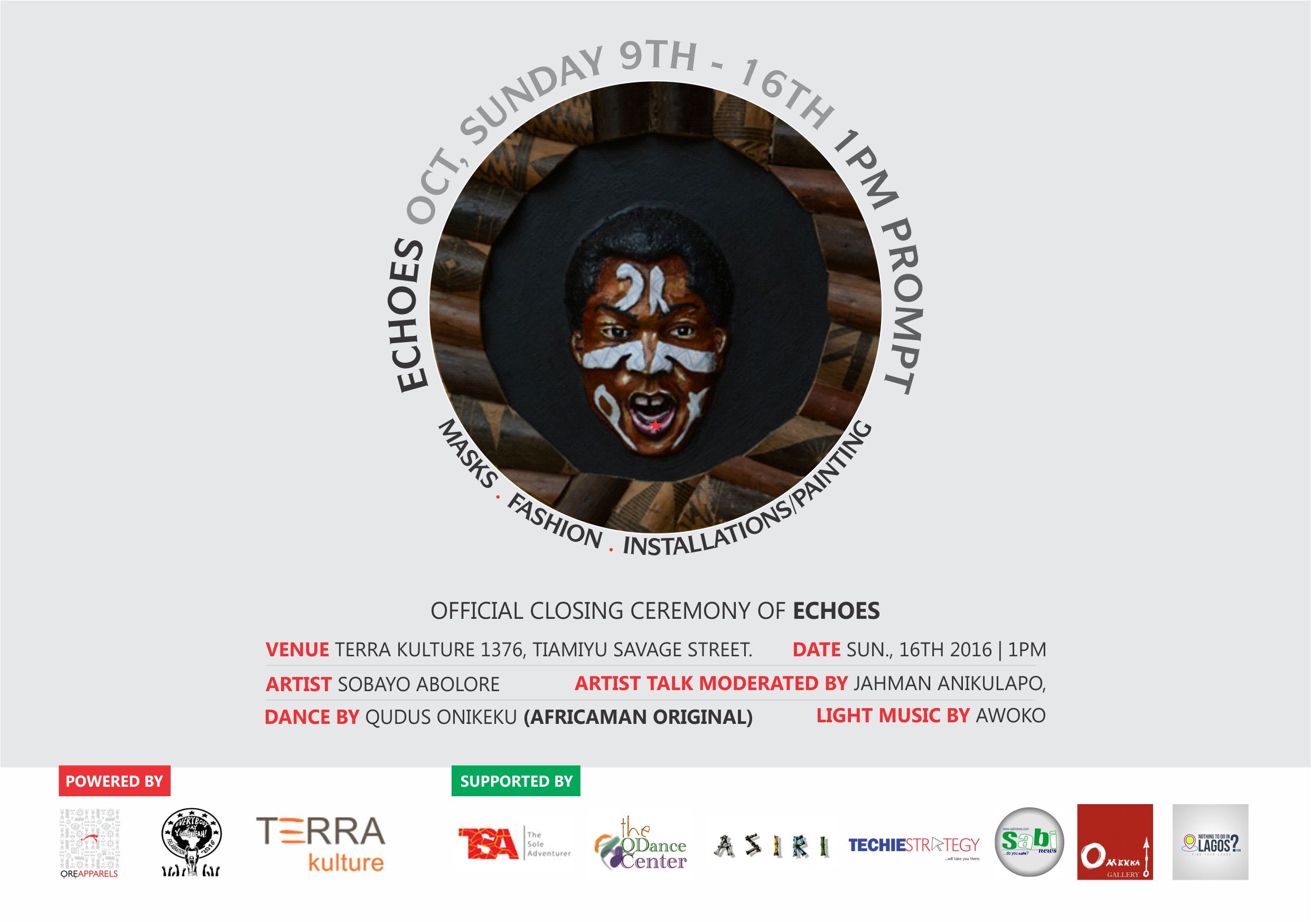 The closing ceremony/ artist’s talk promises to be a grand affair with an Artist’s talk, dance performance and light music; with the presence of acts like Qudus Onikeku who will be performing an excerpt of his solo piece titled AFRICAMAN ORIGINAL, a piece commissioned by Zinsou Foundation in Benin republic and circles around Fela Kuti’s music; Jahman Anikulapo who will be moderating the artist talk and Awoko who will supply light music. Cocktail will follow as the guests get to enjoy the rest of the exhibition before closing. 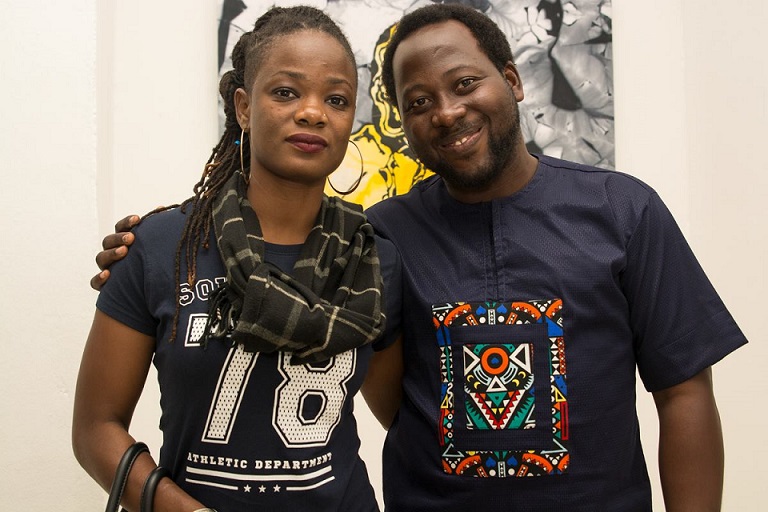 Echoes is an exhibition that includes, but is not limited to, over a hundred masks of Fela and the queen mother (Funmilayo Kuti and Fela’s queens) in diverse colors and moods; and a study and display of his fashion sense and wardrobe, all of which were inspired by his essence, mythology, struggle for freedom, human dignity, social consciousness, values, courage, pan-Africanism, to mention a few.

FELA is an iconic legend whose life and times inspired many musical acts today. Why not let the song of his struggle speak on in the arts too. 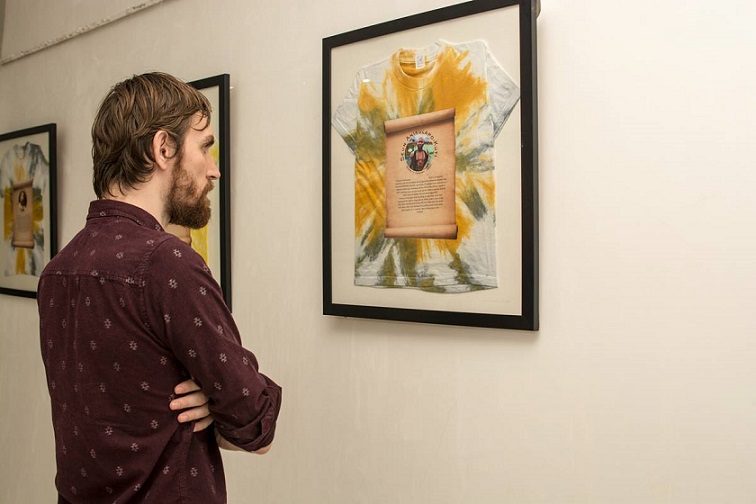 Abolore Sobayo, an artist with keen political consciousness, has come out with a new voice after his first solo exhibition last year titled Room for Three at Red Door art gallery. At the successful completion of the exhibition of Room for Three, he had a residency in Berlin, Germany, after which he successfully completed a Harvard Copyright-X course.

Abolore as an artist has embarked on his second solo exhibition having garnered more knowledge and tools. Abolore strives to constantly create and produce insightful, exceptional and cranially challenging pieces and concepts to inspire much more than passion for art in those who view his works. Echoes is a testament of the passion, drive and hard-work that becomes apparent with proper training, dedication to the art, and the pursuit of excellence. 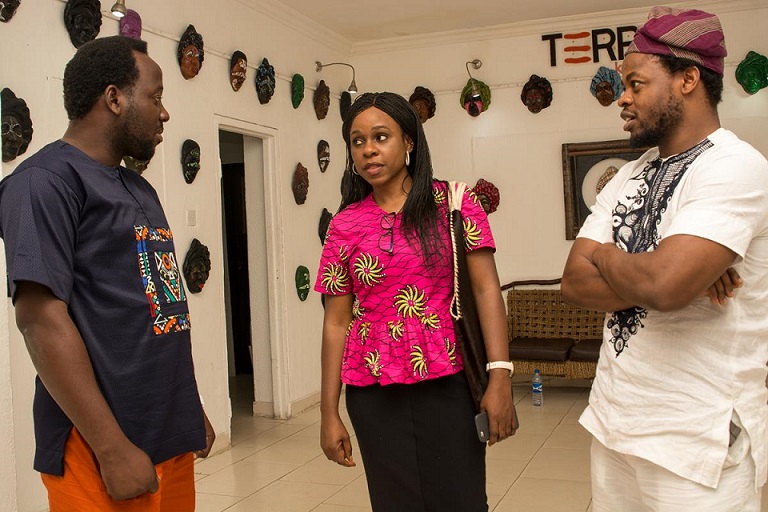 He chose the medium of masks because they are an important spiritual art form Africans developed which tells diverse stories and has had a huge influence, particularly on twentieth-century artist movement such as cubism, fauvism, expressionism, and on European and Western art in general. Masks are known for their element of communicating with spirits, ability to reenact stories and myths, and serve as a record of past leaders. In his belief, behind every mask, there is a face, and behind that, a story. 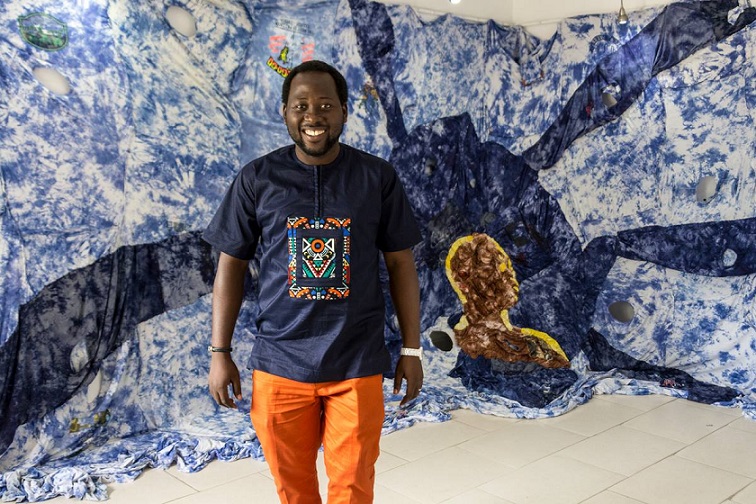 The fashion aspect of the exhibition will be a re-enactment of Fela’s wardrobe, his style and fashion preferences, hence an inclusion of a close study of his fashion sense and wardrobe. The artist recreated some of the styles of FELA’S outfit into modern day wears, using batik, embroidery, and a blend of linen and unique African motives to propagate his stunning designs.

The paintings on display delved into Fela’s story, heritage, spirit and legacy, serving as archival materials for the future.

The goal of the artist – Abolore Sobayo is not simply to showcase the life of a Nigerian legend, but to make his audience actually see, understand and draw inspiration from the life of FELA (Abami Eda). 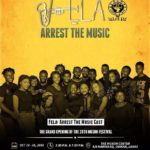 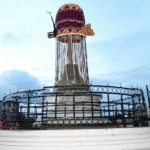