In an exclusive Interview, Iké Udé Nigerian-American Photographer, Performance Artist and Author sit down with ASIRI Magazine during his visit to Lagos. The visit anchored around the “24 Hours of the Smithsonian in Lagos” Historical visit by The Smithsonian’s National Museum of African Art. Ike talks about his work, legacy, and the very passion that fuels the magic he creates and lastly about his forthcoming solo exhibition “Iké Udé: Nollywood Portraits” will open at the National Museum of African Art on Feb. 5, 2022.

Iké Udé at a Master-Class in Lagos.

ASIRI: Using photography as a tool for enlightenment and education, how has the journey been for you?

ASIRI: How has being a Nigerian influenced your work and your approach to Life?

Iké Udé: Being a Nigerian originally, as opposed to being an American or a European, it has made me have a certain comfortability with colours. For example, in the west, they aren’t very good with colours. The very few artists that are good with colours can’t compare with Nigerian artists when it comes to colours. So coming from Nigeria has given me a wonderful grounding for all kinds of colours. Also in degrees of colour intensity, Nigerian colours are very intense, brash and bright. If you see the colour under an overcast light or weather, it’s much softer, than when you see it under bright light, it’s more intense. Nigeria has sunlight. I was exposed to intense colours growing up here, like blue and red, even the cars have colours like the Nigerian Lorries have colours as well and it has indirectly influenced the style of work I do now.

ASIRI: Over the years, you’ve successfully used a combination of style and colours in your work. What has inspired you to use this combination, especially in clothes and dressing?

Iké Udé: I see clothing and accessories as cultural tools. They are also codified cultural languages because a certain dress might signal the wearer as coming from a certain class, ethnicity, tribe, gender, age or size. So clothing is not just a fashion, it’s a cultural epidermis. Our clothing is our cultural epidermis, because most of the time, we are rarely seen naked. We are always clothed, dead people who aren’t supposed to be clothed wear clothes. So we are very interested in clothing the body, even a diseased body is clothed. It is serious business and so much meaning and symbol are invested in the articles of clothing that we wear, whether for personal purposes or business or work purposes. So, I look at clothes as tools for social engagement. When I do a self-portraiture or a posed portrait, I’m able to astutely consider the role each clothing and accessory is going to portray on that body, so that informs how it’s styled.

ASIRI: Ohh, is that a deliberate attempt on your side to that?

Iké Udé:  Yes, it is a deliberate and calculated process for full effect.

ASIRI: On the issue of Awareness, self-identity and pride, how do you see your works?

Iké Udé: I think for me, identity is not fixed, it’s a constant flux. Identity is also negotiable and I like to play with different identities. I don’t always like to follow one way; sometimes I like to assume different personalities and take a break from myself and be somebody else. It could be a fictional character I saw in a movie or in a novel. I just like to play and occupy a certain personality and become foreign to myself. I think people should try and take a vacation from themselves sometimes. It enhances my creativity and makes me see from a different perspective. It makes you sympathetic towards other people, like being in someone else’s shoes, but not on a practical level, more of a spiritual level and an imaginative realm of being; almost like an actor playing a role. I’ve been doing this since I was little. I can do voices, walks and I like to mimic people.

ASIRI: Tell us about your forthcoming project opening next year, Nollywood portrait.

Iké Udé: It’s going to open at the Smithsonian National Museum of African Arts in Washington DC. It’s by the Nollywood industry. I did it from 2014 to 2016, a two-year project and the main showcase of the show is the big portrait of all the Nollywood stars that I photographed and it was inspired by the 16th Century mural at the Vatican in Rome done by Raphael. He was one of the three triumphantes of artiste. They were Leonardo Da Vinci, Michelangelo and Raphael Santi. So he did a mural called the School of Athens, which measures 17ft by 27ft approximately. Raphael’s School of Athens was shown when Europeans were emerging from the dark ages to modern times. Nollywood industry is an amazing cultural movement that is self-made and they have incredible cultural freedom that most people don’t have and I want to celebrate that. So I called the group picture, the School of Nollywood as opposed to the School of Athens. It’s a year-long show, from February 2021 to February 2023.

ASIRI: What do you want to be remembered for? Seeing that you do different things, photographer, author, etc.

Iké Udé: For having left the world a better place than I found it and inspires Africans and future generations to think freely and independently. Freedom of thought and independence of thought is priceless and that’s where we get our geniuses and scientists from, people who think unconventionally. If you have a society where people are obliged to think and act the same, it’s very stifling to the imagination.

ASIRI: Advice for young creative’s that are reading this interview.

Iké Udé: Think freely and independently. Also, be forever looking for new ideas and sensations and let their imagination run wild. That’s one way of the ways Africans can become like contemporary Asian culture. We have to think fearlessly and independently. Our people are very timid and lazy.

ASIRI: Thank you so much for your time.

Iké Udé: You are Welcome.

24 Hours of the Smithsonian in Lagos, Art and Fashion, Ike Ude, Nollywood Films

Interviews, slider, Trending, Uncategorized Iké Udé: “So clothing is not just a fashion, it’s a cultural epidermis. Our... 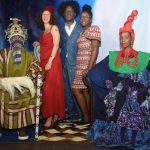 24 Hours of the Smithsonian in Lagos- National Museum... 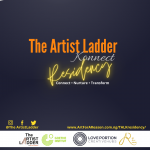