Flowing from the success of the 2015 iRep International Documentary Film Festival in March, the iRepresent Documentary Film Forum has continued to step higher in its operation, especially garnering international recognitions. The year’s edition of the yearly film feast, which marked the fifth anniversary of the iREP Film Festival, indeed seems to have launched the Forum into a season of recognition across the globe. 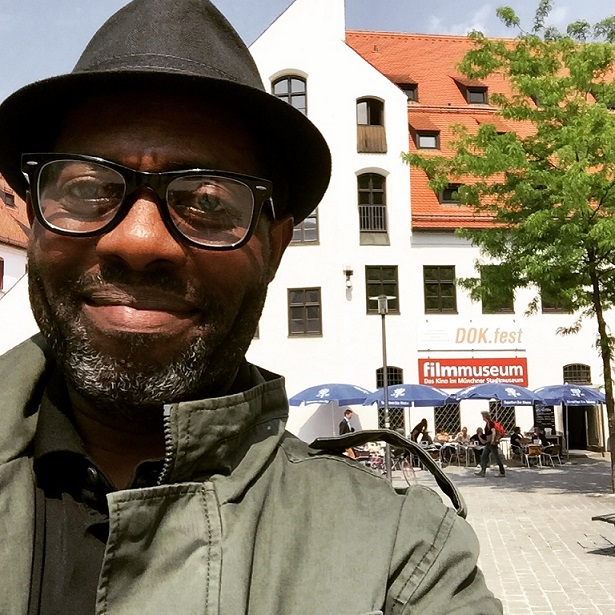 Two weeks ago, iREP was the Co-Host of the Dok.Network Africa programme at the 30th Anniversary edition of the Dok.Fest Munich, one of the prime documentary film festivals in Europe. The event, held at the prestigious Museum Funf Kontinente Munich, witnessed an impressive diverse audience. 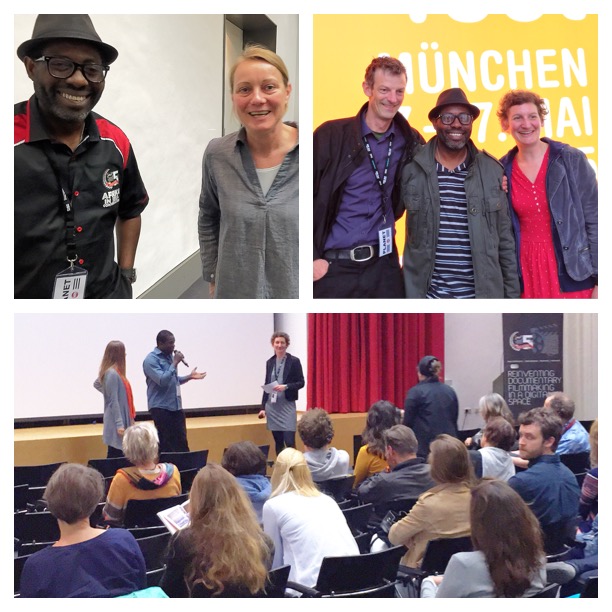 Femi Odugbemi of IREP at 30th Anniversary edition of the Dok.Fest Film Festival in Munich

The special session screened among others the film by Camilla Nielsson(Denmark) “THE DEMOCRATS” and Rehad Desai’s compelling work “MINERS SHOT DOWN” (South Africa) as well as “LA SIRENE DE FASO FANI” by Michel K. Zongo(Burkina Faso.) It also presented a dynamic panel discussion on documentary’s political role in emerging democracies in Africa. Rens van Munster of the Danish Institute for International Studies presented a talk with very interesting perspectives on the Political dimensions of Documentary filmmaking. Femi Odugbemi, Co-founder and Executive Director of IREP was a featured Speaker. He also presented “*MINERS SHOT DOWN*” on behalf of South African director, Rehad Desai. The film was curated and recommended to Dok.Fest 2015 by IREP and had earlier featured as part of the screened films at the iREP 2014 edition. The idea of AFRICA DAY had been inspired by the collaboration between DOK.Fest and iREP, which began three years ago.

The collaboration has also yielded another opportunity a DOK.Fest has asked iREP to send in one of its operation staff to once again undertake a six-week internship starting in November. The cooperation and collaboration between iREP and DOK.Fest had been midwifed by the Goethe Institute, Lagos, which had also been the intermediary of the relationship between iREP and the Ag-Dok – the highly influential German association of independent film producers, which in the past four years, has brought groups of German filmmakers to every edition of the yearly iREP festival. 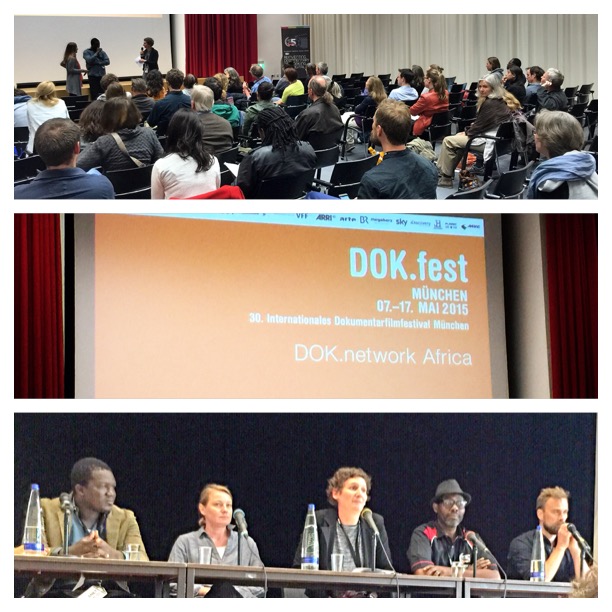 Shortly after the staging this year’s IREP festival March 22-24 at the Freedom Park, Lagos, the Forum received a gladdening news from Cape Town in South Africa, that it should send a representative to the ENCOUNTERS Documentary Film Festival – a highly competitive international documentary film workshop and industry gathering, for a three-week training and internship that would usher collaborative programming. IREP 2015 Festival Manager Lanre Olupona has since left for South Africa on that attachment.

He will work and understudy the programming team of Encounters Festival over an intensive 3-weeks, with a view to learning best practices in Festival Operations and management. It will be recalled that just 2-years ago another IREP Festival Manager Toyin Poju-Oyemade was in Munich Germany to understudy the operations of the Dok.Fest Documentary Festival as well.

All of these exchanges have strengthened IREP’s global network and enshrined global best practices in its operations.In June at the prestigious Sheffield Documentary Film Festival UK, Femi Odugbemi will also be a featured Speaker on the subject of “IMPERIALISM OR INQUIRY – HOW FAIR IS FOREIGN FILMING?” a major panel of the Documentary Campus Industry Conference. He will as well be meeting several global documentary filmmakers to schedule films for the 2016 IREP Festival.

In July, Odugbemi will also be attending the People2People Conference scheduled to be hosted by the 2015 Durban International Film Festival in South Africa. Odugbemi is on the Advisory Board of the People2People Conference and IREP is a founding signatory to the Documentary Network Africa, DNA, an influential documentary platform featuring filmmakers from over 45 countries in the continent. 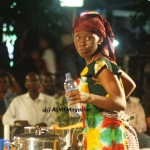 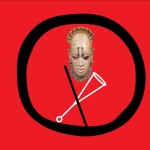