No one is in doubt which city is the commercial nerve centre of Nigeria. Or which city is the centre of cool and excellence. In the 1400s, the Portuguese in their egotistic self-validating discovery named it “Rio de lago“  or “Lagua  da Curamo which later  morphed Lagos. The indigenes called it Eko. And contemporary Nigerians have baptised it Las gidi.

One artist is doing an amazing job of telling the story of Lagos.Her name is Polly Alakija. She, in conjunction with school kids from ages six to fifteen, is using art to tell the Eko story. 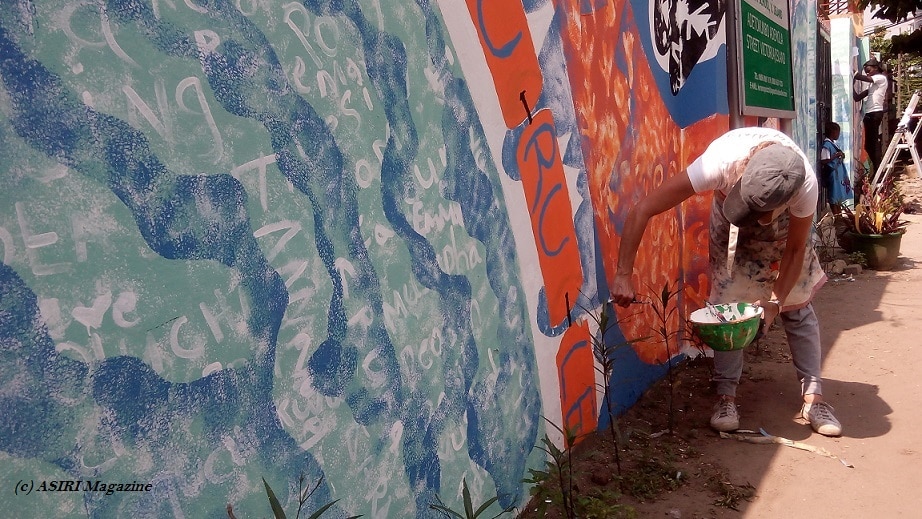 The project started on in July 2016. Polly Alakija and her band of creative children, about a hundred of them, painted an 18ft long mural of Lagos. READ STORY ABOUT THE LAGOS MURAL BUS HERE Alakija, who is 50’s  has shown how art can be a medium for conversations between the old and the young in our society. The participating pupils were from Kuramo Primary School in Victoria Island Lagos.

The mural which is currently being displayed on the walls Kuramo Primary School has single-handedly brought colour to that area of Victoria Island. The project is also educational for the children, because the mural tells the story of the history of Lagos.  Alakija says the project gives an artistic and well detailed perspective to how the city came into being. 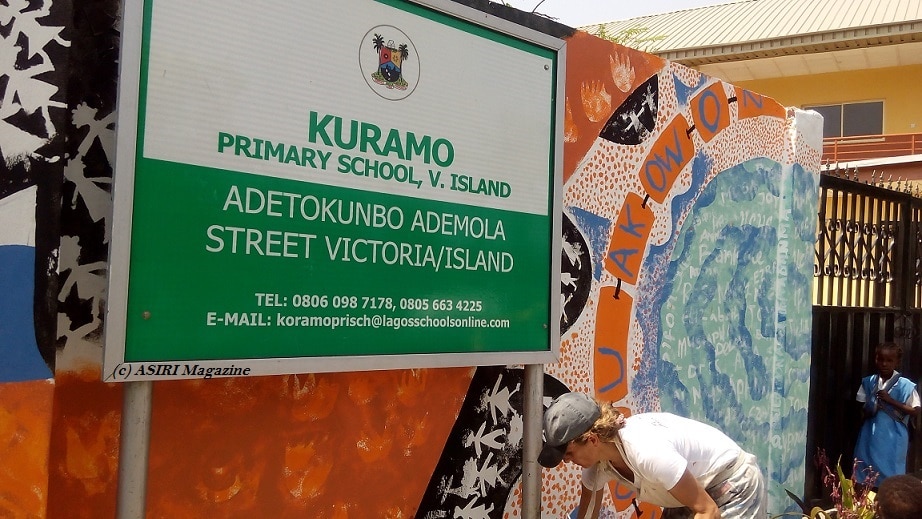 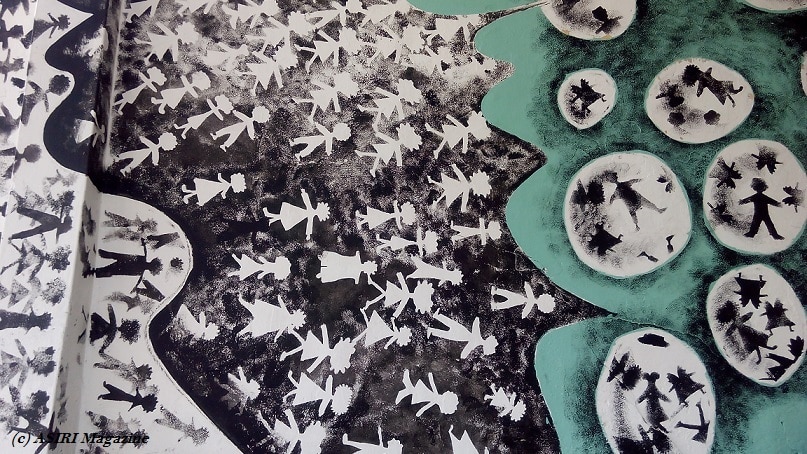 Footprints in the sands of time. The story of Omo Eko

The pupils found the project thoroughly enjoyable. Little Daniel even performed the popular dance move, dabbing, to show how much he enjoyed it and how it is helping him to learn more about Lagos. And to show his gratitude for the artist who made it happen, he said, “We love Aunty Polly’’. 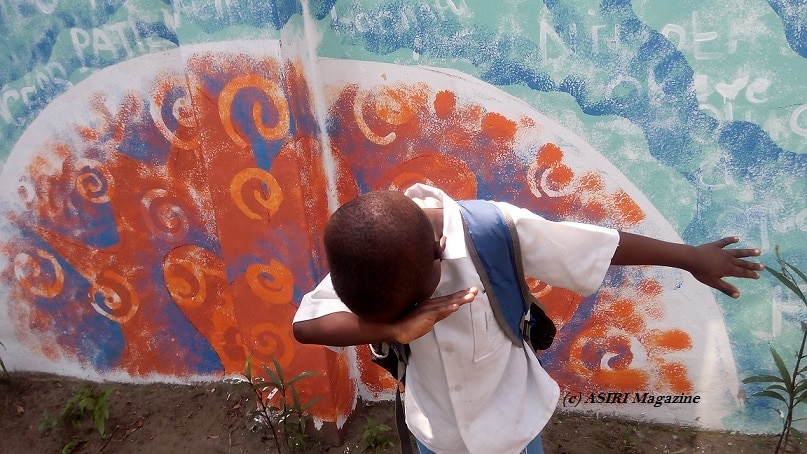 A Dab for Aunty Polly by Daniel

Little Onyinchi, is only 9 years old, but the confident way she held her flat brush and applies her strokes on the wall is indicator that there are talents to nurture in this school. 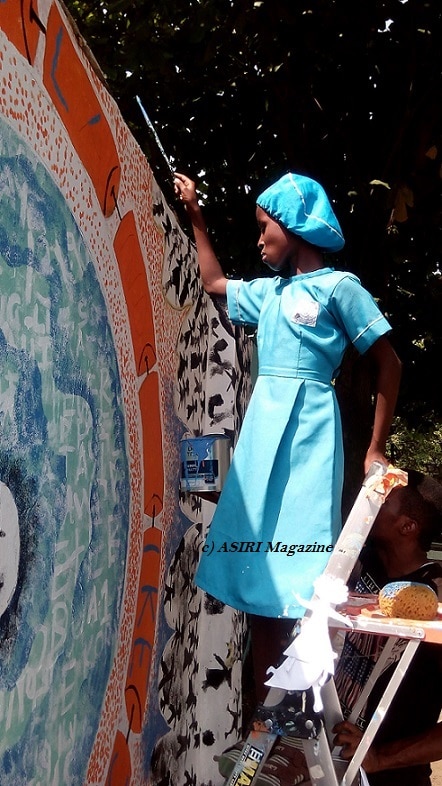 Lagos State Government and Indomie Noodles are sponsors of the project, and ASIRI Magazine is a proud supporter. 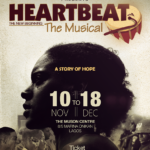 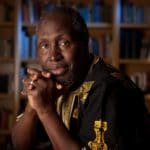