All is set for the Centenary Celebration of the return of Okeho to its original site from the old site. The event holds from October 20 -28, 2017. Okeho, the headquarters of Kajola Local Government, Oyo State, had existed for more than three centuries at the present location before our forefathers were forced to migrate to the old site (Okeho Ahoro) for security reasons due to incessant raids by the slave traders from Dahomey (now Republic of Benin) and the attacks by Fulani warriors.

When the time was auspicious, our forefathers were compelled by the Colonial Administrator, Captain Ross, to relocate to the original settlement. This was after a bloody civil disorder on October 19, 1916. The incident was a revolt against forced labour, strange customs and conventions introduced by the colonial administration.  After the riot was quelled, the people of Okeho started returning to the present location (the original settlement) and in early 1917, they had fully resettled.

The community believes the occasion calls for celebration because we have lived together for 100 years at the present location without threat from internal or external sources. The celebration is not just about entertainment; it is a platform to project the image of Okeho in the consciousness of the people within and outside the community and to rekindle the bond of friendship and communality that has always existed among our people.

To mark this historic event, the Planning Committee has drawn up a nine day programme of events spanning October 20 – 28, 2017. The programme include visit to the old site, cultural display, peoples parliament, football match, lecture, symposium, merit awards and conferment of chieftaincy tittles.

On the final day of the celebration (October 28, 2017), a book Okeho in History by Professor Segun Gbadegesin, the Asiwaju of Okeho would be launched. Asiwaju Bola Ahmed Tinubu is the Chief Launcher. 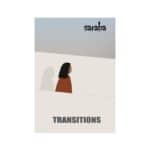 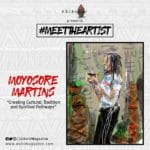