There has been a lot of ruffle in the Media recently on who is going to be the head of the Oba council in Yoruba land. Ever since the demise of Ooni Sijuade Olubuse of ile-ife, the new crowned Ooni of ilfe, HRH Oba adeyeye Ogunwusi (Ogaga II) has been making frantic effort to reconcile the Obas in Yorubaland, and also to create a new environment that promotes peace and unity amongst the Yoruba.

It’s less than two months since the Ooni was crowned, but yet he has been able to visit the Oba of Modakeke, to create a new accord between Modakeke and the Ife. Secondly, he has made history by visiting Oyo and the Alaafin, the last visit of an Ooni to Oyo was in 1937. Now, thats progress.

But the comment made by a Benin chief about the Oba of Benin being supreme to any Oba in Yoruba land, and that the Ooni of ife was a son of one of the Oba of Benin has been creating heat in some quarters, especically among historians and cultural juggernuts. The Benin chief, the Esogban of Benin and Odionwere of the Kingdom, David Edebiri, made the comment in response to a ranking by the Alake of Egbaland, Oba Gbadebo. The Alake said the ranking of Obas in Yorubaland are as follows: Ooni of Ife as number one of the five principal Obas in Yorubaland, the Alaafin of Oyo as number two, the Oba of Benin number three, the Alake of Egbaland as four, and the Awujale of Ijebuland as the fifth.

Understandably, this has generated controversy. But does the question, who rules the court of Yoruba Obas, deserve to be answered? Whoever is the supreme head should not be a subject of debate, what should be more important is the advancement of the Yoruba race and her adjoining races. Peace, progess, values, and the revitalisaion of cultural ethics are by far more important.

Below is a picture showing the first meeting of Yoruba Obas which took place in the anicent city of Oyo, at the Palace hall of the Alaffin of Oyo. Five first class Obas were in attendance . And the Ooni of ife, Sir Adesoji Aderemi, was appointed as the chairman of what became the Yoruba Council of Obas.

This pictures was taken after the inaugural meeting of the Yoruba Council of Obas in 1937. Seated from L-R, Oba Dainel Adesanya, Awujale of Ijebu Ode, Oba Ladigbolu 1 Alaafin of Oyo, Oba Adesoji Aderemi, Ooni of ile-ife, Sir B H Bourdillion, Governor of Nigeria, Oba Akenzua 1, Oba of Benin, and Oba Ladapo Ademola, Alake of Abeokuta. 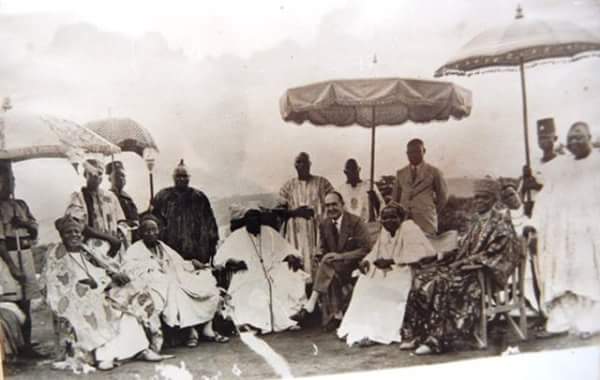 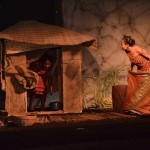 Review: Ugomma The Girl That Fell in Love Too... 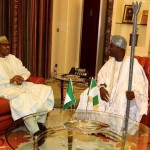