As part of activities to mark the 50th anniversary of Lagos state, the Governor of the state,in the person of His Excellency Mr. Akinwunmi Ambode commissioned several artists to make public art installations and monuments situated at strategic places in the city. One of the artists commissioned is Abolore Sobayo.

Sobayo’s contributions to Lagos@50 are two works titled Community and Liberation. In Community, Abolore crafted actual live-size boats standing together side by side. These boats were the almost typical boat used by fisherman in Lagos state. The boats are a reminder of what – Lagos is- a Port city. Lagos began trading with the white men as early as the 15th century. Most of the trade was done via the ports. The people used boats to navigate the waters as they traded with the whites offshore. It would be later in the 17/18th century before the white traders began to settle on Lagos soil. 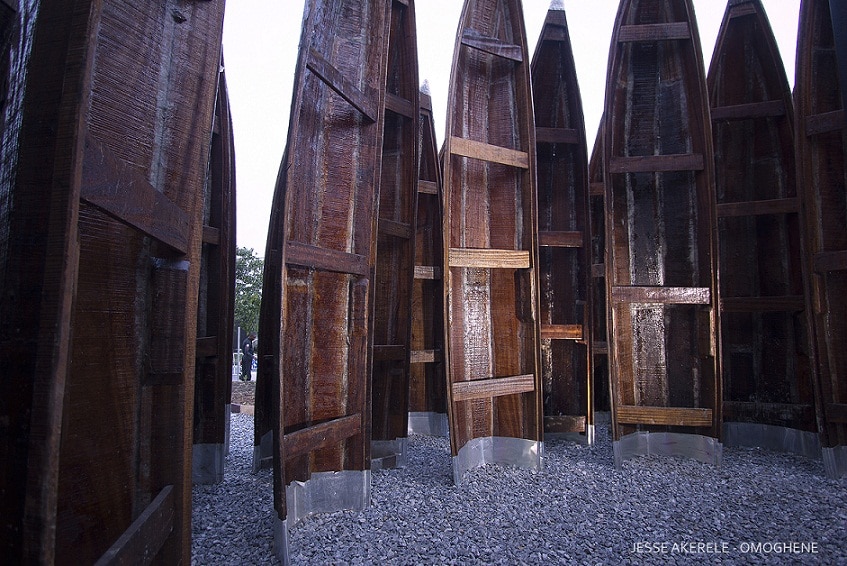 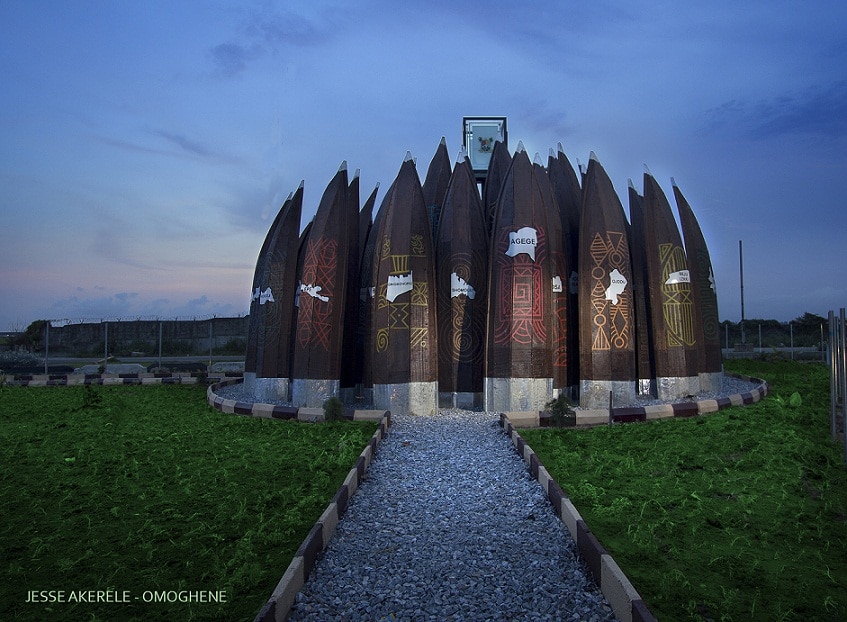 Since then, Lagos has grown to become a mega city- Africa’s third largest economy-but there are still some ancient communities within the metropolis who still live on water and the boat is a daily necessity in their lives. Boats are very significant in the growth of Lagos from a small trading post to a mega city. The Lagos port at Apapa is the only functioning port in Nigeria. The boats which are 57 in numbers represent the 20 Local governments and 37 LCDA in the State. 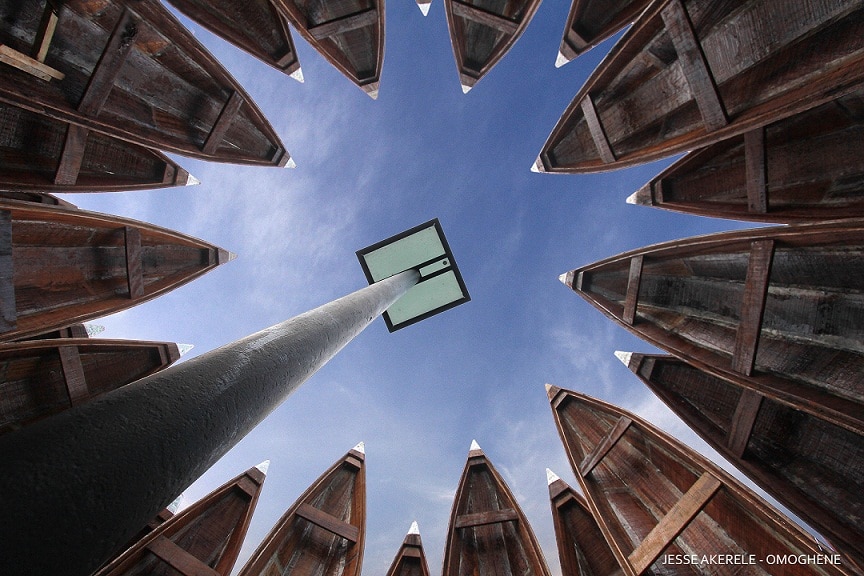 The second monument created by Sobayo is Liberation, a statue of Fela- a headless 25 foot statue of Fela bathed in a yellow glow, situated at Allen junction in the Ikeja area of the state, facing Fela’s African Shrine.

It is quite interesting that for a man as celebrated as Fela, there are no statues or head busts of him. Sobayo has moved to correct this anomaly. He first did so in his Echoes– a collection of mask of Fela and his mother,and the women in his life. The exhibition was opened at Terra Kulture Gallery in Lagos and later went on tour to the United States.  Sobayo intentionally opened the exhibition last year during the 2016 Felabration festival in Lagos. 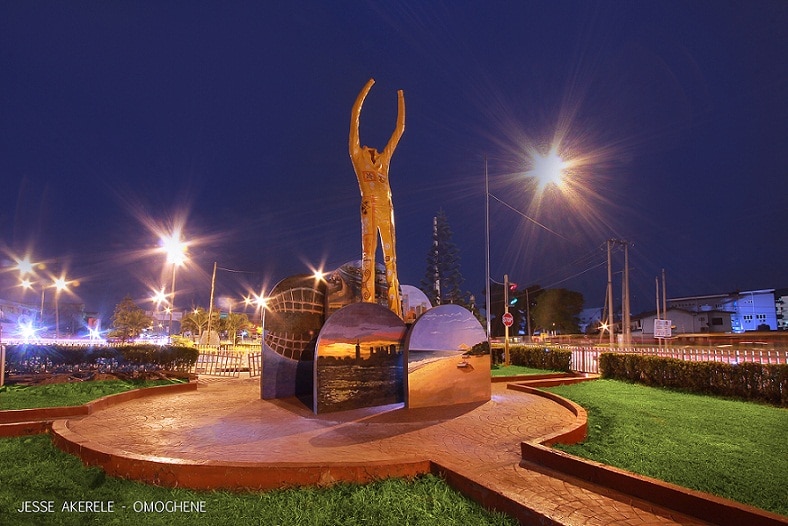 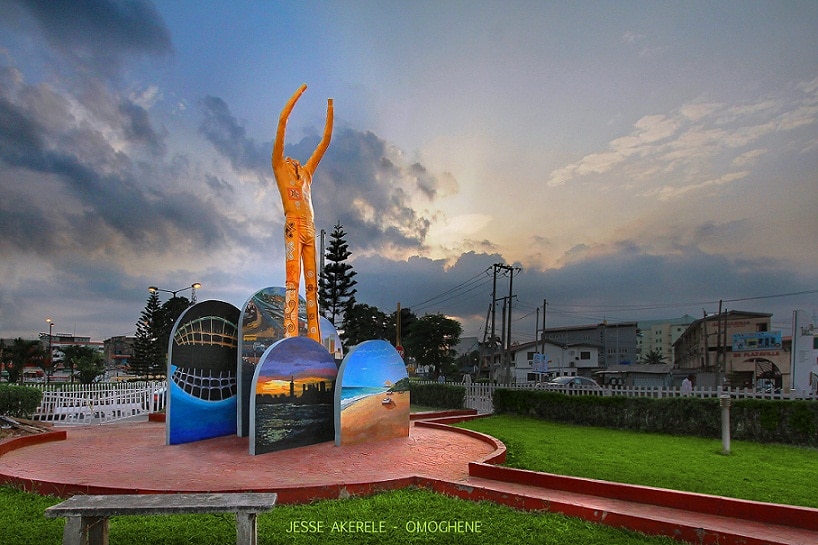 Liberation by Abolore Sobayo. Tribute to the legendary music icon in Nigeria;Fela Anikulapo-Kuti

Liberation which has generated a lot of controversy is a continuation of Echoes.  Many are not happy that Sobayo created the first statue of the legendary musician without the head. They found insulting to the memory of Fela. Sobayo however explained that the concept behind the work is the essence of Fela. He said, ‘I believe they are three things that make a man- his ideology, action and words. These are the things that people always remember about Fela.’ While most headless statues around the world happened because of circumstances, Liberation is the first to appear deliberately made without a head, and this according to Sobayo this is symbolic for the essence of Fela. 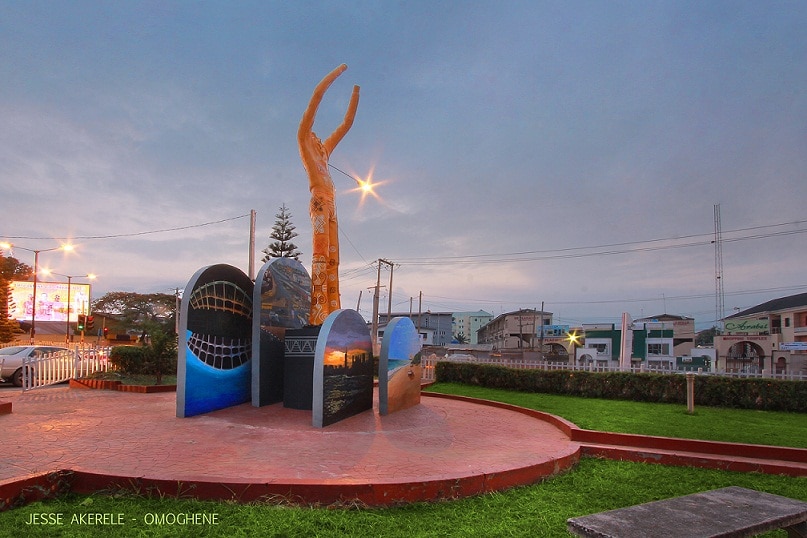 What is a man without his words and actions? The Fela identity and pride lives in our consciousness, fighting injustice and all manners of oppression, let that ‘Fela’ pride live in us through our actions and demonstrations

Sobayo is a graduate of Yaba College of Technology,an alumni of Havard Copyright X Law Program(2016) a former Councilor in Oshodi-Isolo Local Government. His Community and Liberation pays tribute to the spirit of Lagos. 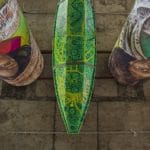 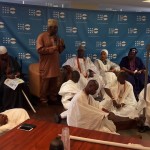 Ooni Expresses shock over the death of Professor Babatunde...