The coronation ceremonies of an Oba of Benin usually last about 10 days. They begin from Egua-Edaiken, the traditional residence of the heir-apparent to the Benin Throne. On a day fixed by the Edaiken, he is escorted by his Uselu people on his journey back to Benin City.

On the way he stops at an historical palm tree named “Udinama aimiuwa” (translated to mean “work before pleasure”) which the Edaiken “climbs” symbolically. This little ceremony dates its origin to the time of Oba Ewuare the Great whose life as heir apparent to the throne was characterized by long suffering which included periods when he personally had to climb palm trees on this spot to cut the fruits for a living. This act of suffering by the father of the first Edaiken has ever since been re-enacted in a symbolic way by every Edaiken. From the palm tree the Edaiken continues his journey to Benin City; but at the first moat called (Iya-akpan) in the vicinity of where the firm of Mid-Motors Nigeria Limited now stands, the Uselu chiefs in the procession take leave of the Edaiken and return to Uselu while the Edaiken is thereafter escorted into the City by Oredo Chiefs. 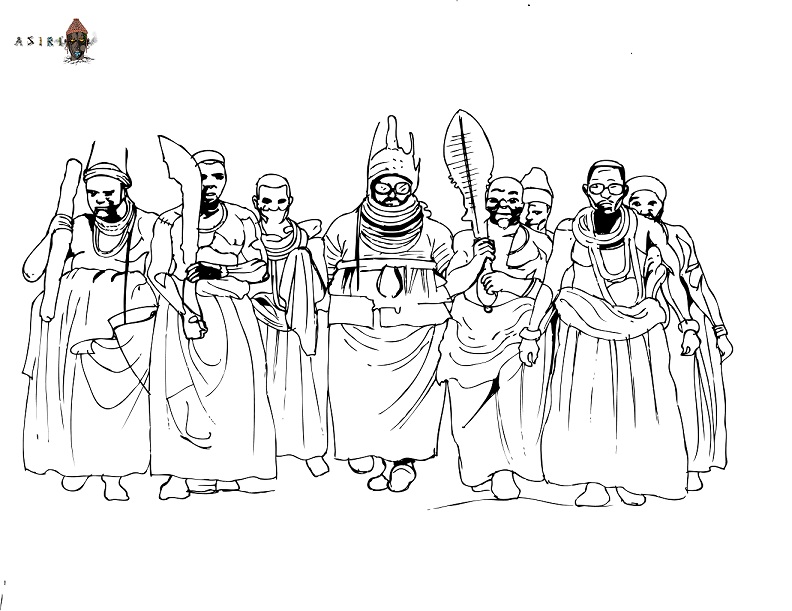 The Edaiken enters the City via Iguisi (now Lagos Street) and Proceeds to Eko-Ohae (bachelor’s camp) where he stays for three days. After three days at Eko-Ohae the Edaiken continues his journey to Usama. The venue of the traditional Coronation rites. Usama was the site where Oromiyan, the father of Eweka I, built the first Palace and all succeeding Obas from Eweka I, were crowned and lived there, until Oba Ewedo in the 13th century moved the palace to the present site in the center of the town.

The Edaiken remains in Usama for 7 days performing all the rituals and ceremonies of the Oba. Before the expiration of 7 days, he visits a village a few kilometers outside Benin, where he performs the ceremony for choosing the name he will answer as the Oba of Benin. This tradition started during the period of Oba Eweka I whose maternal grand-father, Ogie-Egor, lived in the next door village of Egor. When Prince Oromiyan left Benin, he left behind his Bini wife who was pregnant in the care of her father the Ogie of Egor. The woman delivered a male child who was dumb from birth. The maternal grand-father then sent home to Use, the mother’s village for treatment, but when he grew up and still could not talk, words were sent to his father at Uhe. His father sent 7 magical akhue with which the dumb Prince participated in the popular village game known as akhue. With only one seed remaining on the ground and every player having failed to strike it. The young Prince used the magical akhue from his father and succeeded in striking down the remaining seed. Excited by this feat, he spoke for the first exclaiming in Yoruba, Owimika (my hand has struck it). He later assumed this expression for a title which became corrupted to Eweka.

Having picked a name at use, the Edaiken returns to Usama where the crowning ceremony is performed by Oliha. The leader of the Uzama and proclaims Edaiken in his newly acquired name as the Oba of Benin. It is significant to note that until the ceremony at Use, the Edaiken never knows before hand what name he is going to be crowned with. From this moment also the Edaiken ceases to use his personal names and he is henceforth known by the new name of an Oba. Also significant is the fact that both at Egor and Use, there still exist almost in their Original form the shrines established by the diviners and the native doctors who brought the magical akhue seeds from Uhe.

After the crowning ceremony the new Oba then leaves Usama on the 7th day for the town centre to be proclaimed and presented to Benin people. On his way to the City he stops at Isekherhe to perform the ceremonial crossing of a bridge, a reminder of the day Oba Ewedo on a similar journey erected a bridge to enable him pass Isekherhe territory without stepping on the ground. After crossing the bridge the Oba and his entourage engage in a mock battle with Ogiamien and his followers.

The resistance of Ogiamien forces collapses while the Oba and his entourage proceed to Urho-Okpota. Urho-Okpota (the gate of Okpota) dates its existence to the era of Oba Ozolua about 15th centuary, and it is the area now known as “Ring Road” Including where Exhibition centre and the Local Government Secretariat now stand. Okpota was a powerful native doctor who prepared a charm of good luck for the Oba.

It is said that the charm which was buried at the gate of the Palace brought prosperity to the Kingdom. The Oba lodged Okpota in a house near the Palace in the area of the present day Exhibition Centre. The veranda to his house soon became a meeting place for the elders, even for the Oba, and Urhokpota has ever since remained a centre for meeting and useful deliberations. For the same reason Oba Eweka II chose the site for building the new Native Court, now known as Exhibition centre. The ceremony at Urhokpota completed. The new Oba then moves into the palace as the Oba of Benin. But he still has Ogiamien’s challenge to meet and so 7 days after, he assembles his troops and proceeds to Ekiokpagha where he engages in a mock battle with Ogiamien, a reminder of the real battle between Oba Ewedo and Ogiamien in the 13th century when the latter attempted to prevent the former from entering the city from Usama. By the treaty between the two, Ogiamien surrendered his claim to the ownership of land to the Oba. 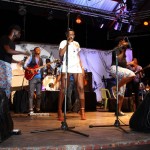 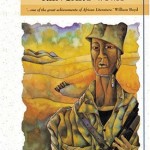