The 2015 edition of the yearly Wole Soyinka International Cultural Exchange (WSICE) project has been scheduled to hold from July 12 to the 14th. The annual programme was initiated in 2010 and debuted on the 76th birthday anniversary of the Nobel laureate, Professor Wole Soyinka as the “quintessential artist and symbol of our humanity”, according to the promoters of the project, Nigeria-based ZMirage Multimedia Company and US-based GlobalNewHaven.

Unlike previous editions in which activities held in Lagos, Ogun and Osun State, events for this year’s edition will hold exclusively in Abeokuta, Ogun State, where the Nobel laureate resides. Remarkably too, the organisers plan to concentrate the activities in the neighbourhood of the Ijegba Forest Residence of Soyinka, and at the Ogun State Cultural Centre, Kuto.

The theme for the year is: JUSTICE AND FREEDOM: ESSENTIAL CONDITIONS FOR HUMANITY, and according to the organisers, “these are the two fundamental concerns of the Nobel laureate in his career of promoting better humanity not only in his literary writings but also in his intervention in local and global socio-cultural and political discourses.” 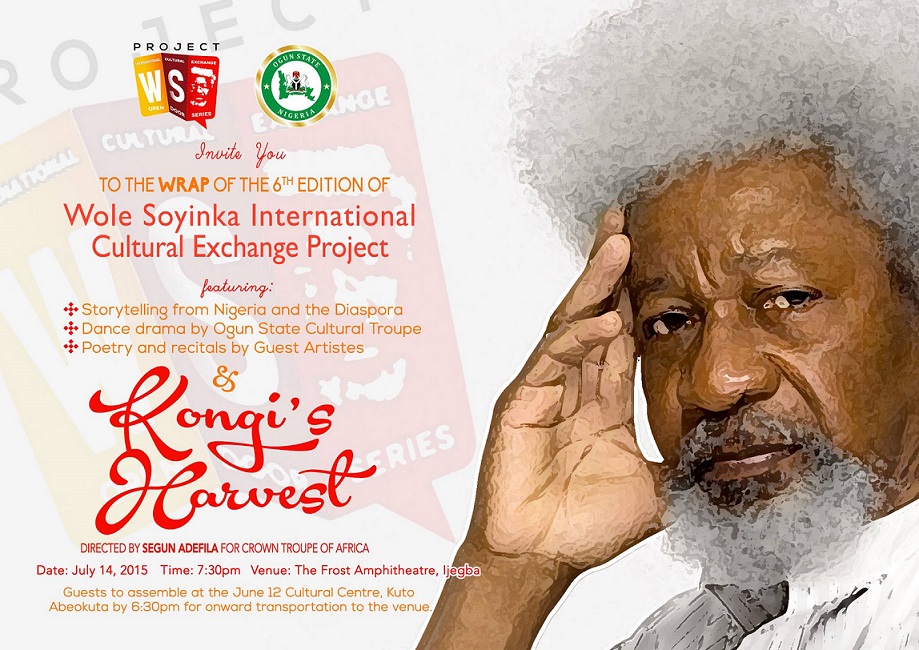 WSICE is the core project of the The Open Door Series promoted by Alhaji Teju-Kareem-led Zmirage and Professor Segun Ojewuyi-led GlobalNewHaven, and it has been staged every year since 2010 when Soyinka was 76. Last year witnessed the grand fifth edition, which marked the 80th birthday anniversary of Prof. Soyinka.

While the 2014 fifth anniversary edition was a grand parade of drama, poetry, music, painting exhibition and variety youth programmes in honour of Soyinka’s 80th birthday, this sixth edition marking his 81st, has redesigned in terms of performance features. The, 2015 project will focus on STORYTELLING – “as a resourceful art form that is an integral part of the socialisation process of an average African personality”, stated the Executive Producer, Teju Kareem. “Our theme is STORYTELLING & YOUTH DEVELOPMENT, and this is designed to address our observations that in an era when the society continues to drastically lose its moral values, due to vagary of factors including improper and inadequate child upbringing and chaotic educational system, we believe that a full exploration and exploitation of the power of Storytelling in parental upbringing and as well as school activities could help to inculcate moral values in our young ones”.

He continues: “We also reckon that Wole Soyinka is essentially a Storyteller as will be seen in his poetry, drama, songs and even public commentary through which he has grossly affected our lives and those of other peoples around the world in past six decades and more.”

Stressing on the objective of the ICE, Kareem stated: “We in ZMirage and GlobalNewHaven — believing firmly in the educative as well as entertaining functions of theatre and literary arts — have resolved to consistently commit time, energy and huge financial resources to this project so that the Arts, especially Theatre, can once again take pride of place in Nigeria and the world. The primary focus for us is the cultural exchange value of the project, which enables us reach out to the world, giving and receiving artistic contents that can change and enrich lives.

The Executive Producer revealed that much of the activities will be held in the 850-seater site-specific Amphitheatre installed last year to host the presentation of Soyinka’s epic, Dance of the Forests as directed by Tunde Awosanmi, head of department of Theatre Arts, University of Ibadan. The idea of staging much of the events in the forest theatre, noted Kareem, is to stress the educational and touristic virtues of the project. “We want the children to start identifying with the importance of such touristic facilities, and as well to have a feel of the grand model that Soyinka is by paying visit to his residential enclave”.

This year’s WSICE will be produced by Ms Haneefat Ikharo, Theatre Arts graduate of the University of Benin. She took over from the pioneer producer, Lillian Amah, a writer, actress and producer.

The breakdown of the year’s programme are as follows:–

Departure of 81 students, guests and officials. 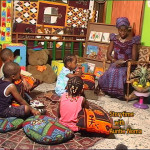 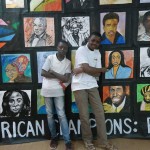