Yinka Shonibare MBE(RA) -‘‘People create barriers for other people, but people in themselves have no limit’’

Ms Emma Dexter, Director Visual Arts Nigeria, British Council, who made the opening remarks during the Students’ Lecture said, ‘‘We really hope Wind Sculpture VI triggers a debate about use of public space in Lagos and Nigeria generally’’. 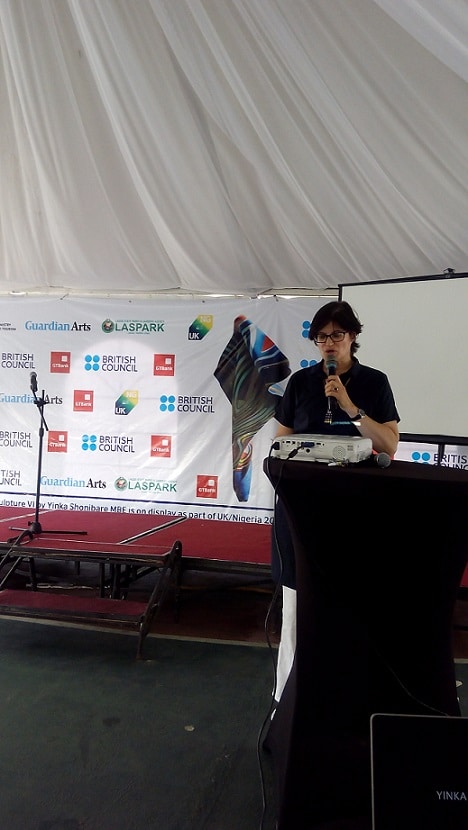 Yinka Shonibare’s Wind Sculpture VI had been installed at Ndubuisi Kanu Park Ikeja, Lagos. And he was there on a hot November afternoon to do the Students’ Lecture:

‘‘Ekuroule. Ekabo’’, Yinka Shonibare said to an audience of mainly Yaba Tech students. The venue, a white tent at the corner of the park was full. ‘‘I like to begin my lectures with greetings first’’, he said.

Mindful of his audience not comprehending, he continued thus, ‘‘I don’t want to do a talk that makes my work strange and unintelligible. A lot of contemporary art can be quite obscure’’.

The talk Yinka Shonibare eventually did, tried to explain the reasons they are a preponderance of ankara, fabric, and African textiles in his works. 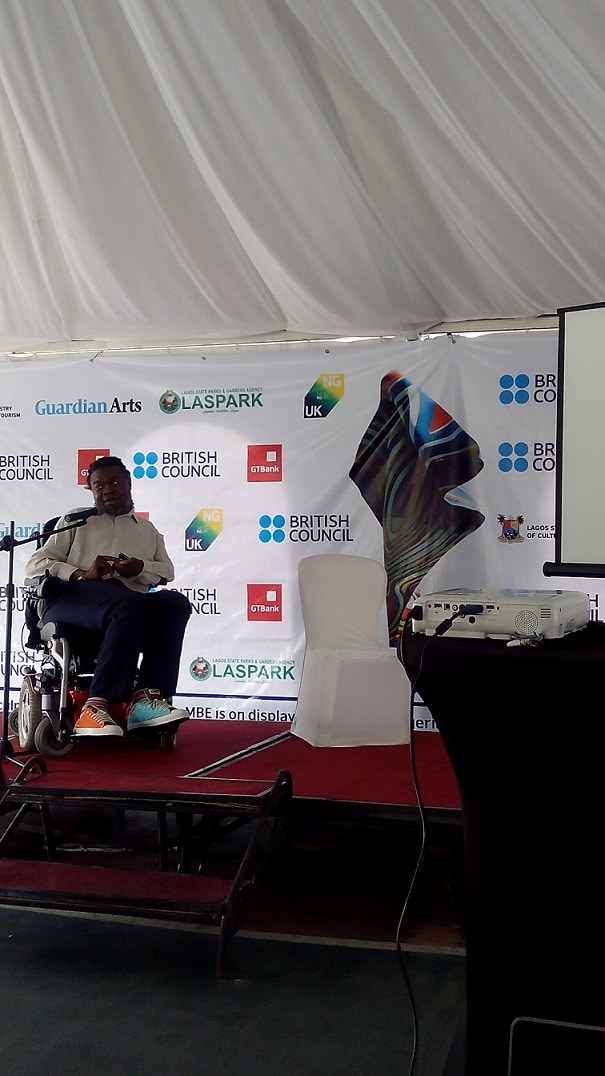 Yinka Shonibare said, Artists felt the church, science, and the ‘big men’, were responsible for the scale of destruction that WWI caused, and they saw the need to do something. Thus sprung movements like Dadaism, ‘‘to shock the big men’’, to protest the injustices of the war. Also, movements like surrealism, which placed emphasis on ‘‘dreams’’, on the ‘‘spiritual’’, in order to subvert science.

‘‘Science was very important, but artists decided to challenge that’’ Mr Shonibare said, because science made possible the scale of destruction caused by WWI.

At this point, Mr Shonibare began to feel he needed to make a case for giving a lecture in history and not in art, so he said, ‘‘You are wondering—why not talk about art?’’ After a brief pause, he continued, switching to a heavy Yoruba accent, ‘‘There is a connection’’… 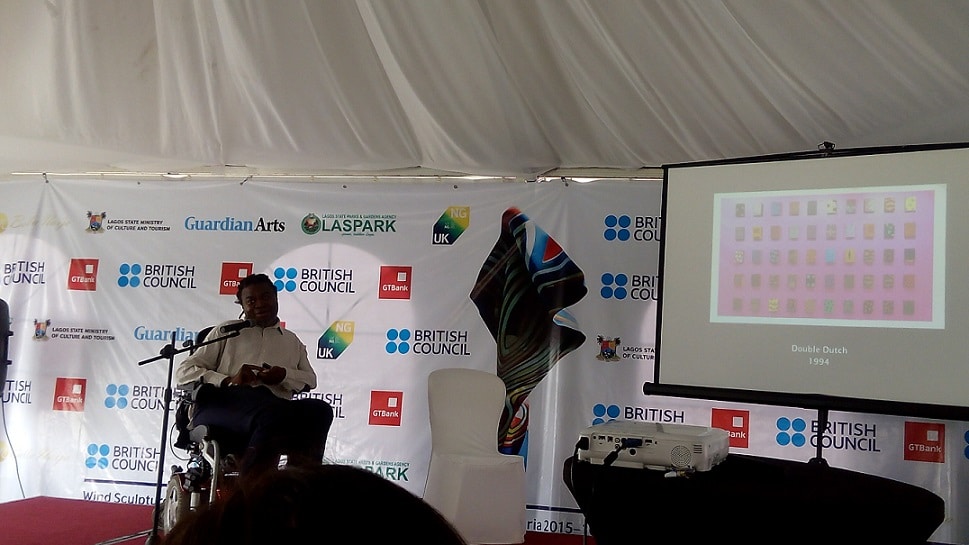 The connection is in his identity as an African, as an artist. From fighting for the rights of the oppressed, to fighting for equal rights for women, artists have historically sided with the victims.

‘‘Picasso didn’t like to create works for big men’’, Mr Shonibare said. Humongous works of sculpture evolved, he added, in response to the portraits which the ‘big men’ favoured.

So the use of ankara, textiles, and African fabrics, were because ‘‘I like to use something that identifies with ordinary people. But I also want to create something you will like’’. And, ‘‘I want to represent my work as an African who is modern’’.

During the course of Yinka Shonibare’s lecture, the audience was treated to slides upon slides of his painting, sculpture, photography, and film. Notably, Refugee Astronaut; Sleep of Reason; Double Dutch, which made him realise, he said, that he could make money from art; Black Gold, commentary on oil regions in Niger-Delta; and Nelson’s Ship in a Bottle. 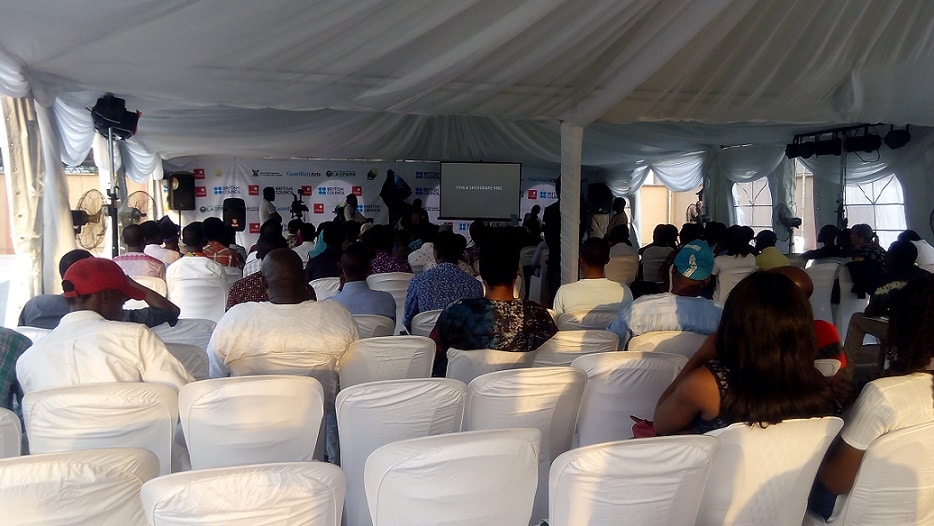 Students of Yaba College of Technology at the Event

Mr Shonibare ended by talking about the work he has done in London, supporting upcoming artists for eight years, by providing an exhibition space for them. In 2011, he met a lot of really good artists in Nigeria and was inspired to have a similar exhibition space in the country. The space will facilitate exchange programmes between international students and their Nigerian counterparts. As proof, he showed the audience slides for the proposed Nigeria exhibition space—front view, roof plan, the gamut of architectural design.

When the moderator of the event, Mr Oliver Enwonwu, Director Omenka Gallery, gave the floor to the audience to ask questions, one student from YabaTech, expressed concern for Mr Shonibare’s disability, and wanted to know how he surmounted his challenges. 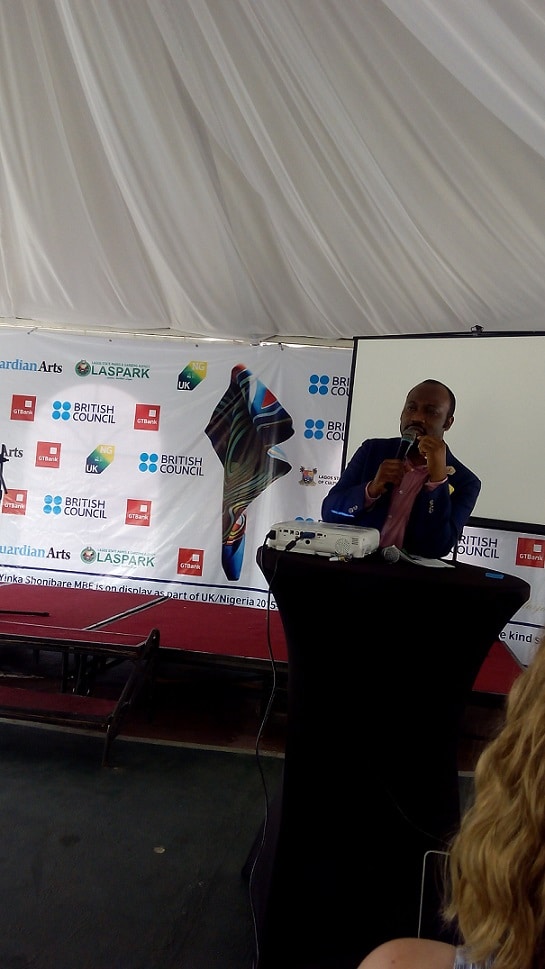 In his reply, Yinka Shonibare extolled his helpful and supportive team, and talked about the need to build physical structures that everybody can access. Building schools for example, that disabled people cannot access, is placing a barrier on their ability to get an education.

In addition he said, ‘‘There are people who are not physically disabled, but have the same disability in their head. Physical or psychological disability is not a barrier for success. People create barriers for other people, but people in themselves have no limit’’.

The words doubled as a response and as an advice to young artists. But Yinka Shonibare was not done yet, he had another counsel for the society—‘‘As a people we need to start changing our attitudes, so that those challenges go away’’.

Events, News, Trending Yinka Shonibare MBE(RA) -‘‘People create barriers for other people, but people in themselves have no... 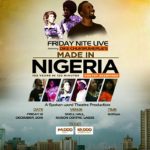 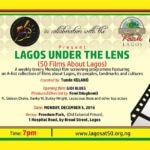 Lagos@50 Launches “Lagos under the Lens” Celebrating the Lagos...