Located a few miles from Ile-Ife in the west and Oyo in its South, Illesha was once a military centre in the early 18th century. While some hold that the name of the town Ilesha was coined from, “Ijo ti a sa”, which means, “a band of twenty”. Others like, Rev Samuel Johnson, in his book, “The History of the Yorubas”, attribute the name Ijesha to the ancient practice of human sacrifice. He argues that the term Ijesa is from ‘Ije Orisa’, which means, the food of the gods.

Today, Ijesha refers to the people and Ilesha to the name the town. The Ijeshas’ have been a tool in creating contemporary Nigeria. They are generally known for their high level of intelligence, for being business savvy, smart, and articulate.

Here is a list, by no means exhaustive, of 10 famous Ijesha personalities that have left their mark in the history of the Nigeria:

1) Candido Joan Da Rocha: Originally one of the early Saros, a Brazilian returnee, that came to Lagos, after the abolition of slave trade in 1823. His impact in the politics and social life of early Lagos was to become a model for many years to come. An astute business man, land owner, and creditor. 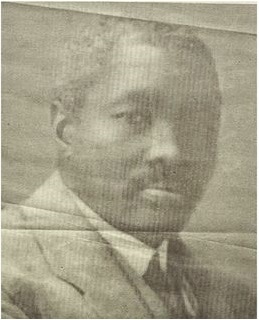 He owned the famous “Water House” on Kakawa Street in Lagos Island. The house was said to have the first bore hole and water fountain in Lagos Island. He was a founding member of the Lagos annex of the Anti Slavery and Aboriginal Rights Society, which was headed by James Johnson and had fellow kinsmen Samuel Pearse and Sapara Williams as members.

Da Rocha  died in 1959 and was buried at the Ikoyi cemetry.

2) Christoper Alexander Sapara -Williams:The name will forever live in history in the Nigeria legal circles, and even more so, in Yoruba History. He was born on the 14th of July 1855, in Sierra Leone, but of Ijesha origin. He studied law in London at the Inner Temple, and was called to the English bar on 17th November 1879. He has an unmatched reputation as an advocate and had an incredible knowledge of unwritten customary and traditional law. He was the Chairman of the Nigeria Bar Association from 1900-1915. 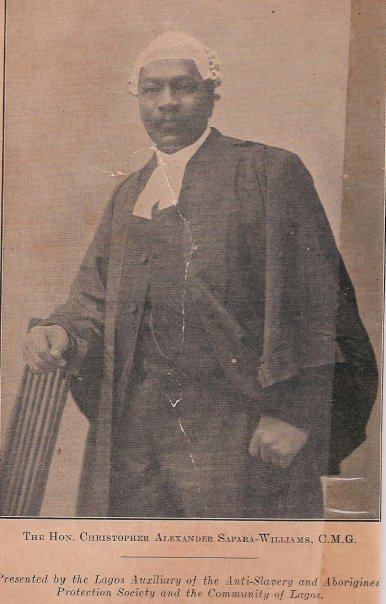 His love for his Ijesha roots was uncompromising, and he showed this in the several ways he stood up for all things Ijesha. A classic example was when he gallantly defended the HRH Owa Obokun Adimula Atayero against the British. HRH Owa Obokun Adimula Atayero was insulted and sent on exile in Benin by Governor Egerton in 1906, and Williams came to his defence. He was a true son of the soil, and his name and legacies will forever be etched in history books.

3) Bola Ige: One of Nigeria’s brightest legal brains, a Senior Advocate of Nigeria (SAN), and until his untimely assassination he was the Attorney General of the Federation. Lawyer, art lover, and politician, the man also known as the Jagun of ijeshaland earns the third place in our list. 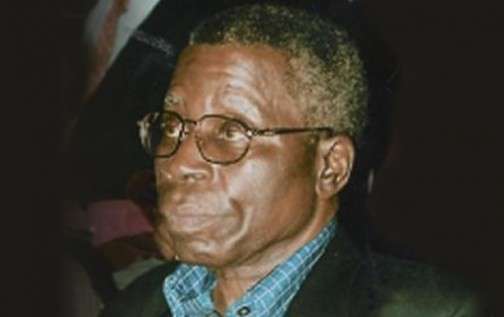 He also played an instrumental role in the formation of the Action Group (AG) party with late sage Obafemi Awolowo.

4) Chief S.O. Fadahunsi, OFR, CON:An exceptional leader and an engineer. His early education started from Saint John’s Infant School, Iloro-Ilesha. He then went on to other schools in Osu, Ilesha, Ibadan and Osogbo culminating in his secondary education at Government College, Ibadan, between 1937 and 1942. 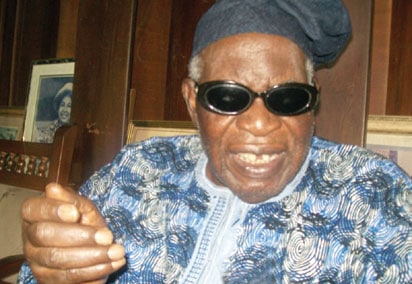 Next he went to Yaba Higher College between 1943 and 1946. He, and Engineer Adeniyi Williams, were the founding fathers of the Nigeria Society of Engineers. His Illesha home, is a popular landmark, when it comes to Ijesha Architecture. A man of the people, a true Nigerian, and always an Ijesha.

5) Dr Christopher Kolade:He was born in 1932, in Erin-Oke, Osun State. He completed his secondary school education at Government College, Ibadan, after which he studied at Fourah Bay College, Freetown, Sierra Leone. He is a veteran broadcaster and sometime Director–General of the Nigerian Broadcasting Corporation. He was Chief Executive and Chairman of Cadbury Nigeria Plc, and was former Nigerian High Commissioner to The United Kingdom. 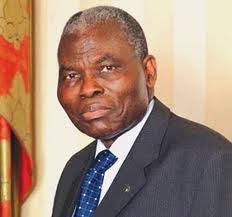 Dr. Kolade is passionate about education, he started off as a colonial era education officer in Nigeria, currently, he teaches Corporate Governance and Human Resources Management at Lagos Business School (LBS), and Leadership & Conflict Management at School of Media & Communication (SMC). LBS and SMC are both schools of Pan-Atlantic University, Lagos. Formerly a member of the University’s Governing Council, Dr. Kolade as of 2012 was the Pro-Chancellor and Chairman of the Governing Council of Pan-Atlantic University. In 1981, he received the medal of the Order of St. Augustine from the Archbishop of Canterbury, and is also a Lay Canon of the Cathedral of the Holy Spirit in the Diocese of Guildford.

6) Pastor E,A Adeboye: Pastor Adeboye had his B.Sc. in Mathematics at University of Nigeria Nsukka, and subsequently got his PhD in applied mathematics from the University of Lagos. He worked as a lecturer in mathematics at the Universities of Lagos and Ilorin. After joining the RCCG (Redeemed Christian Church of God) in 1973, he began working to translate the sermons of its then Pastor and founder, Rev. Josiah Olufemi Akindayomi, from Yoruba into English. In 1981, Adeboye was appointed General Overseer of the church, taking over from Papa Akindayomi, who had died the previous year. For three years he filled the role part-time, still lecturing at Ilorin, until he resigned his university position to preach full-time. 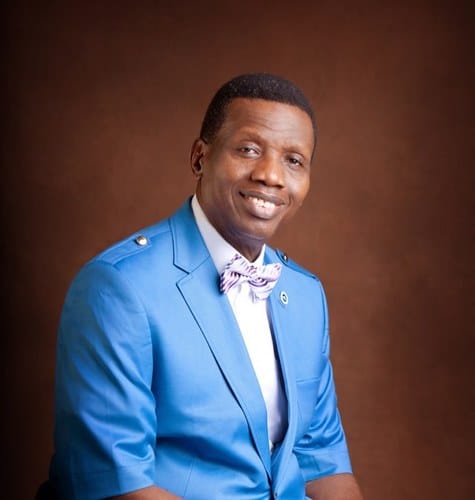 The church, which was not well known before Adeboye took charge, now claims branches in over a hundred countries, including more than 14,000 in Nigeria. Adeboye has stated that his aim is to put a church within five minutes of every person on Earth.

7) Jutsice Kayode Eso: Justice Kayode Eso was born September 18, 1925 at Ilesa, a city in Osun State. He attended Trinity College, Dublin, where he obtained a bachelors and masters degrees in Law with a specialization in Legal science in 1953 and 1956 respectively. In March 1965, he became the acting Judge of the High Court of Western Nigeria and few years later, he was appointed to the bench of the Court of Appeal Western Nigeria as Justice. 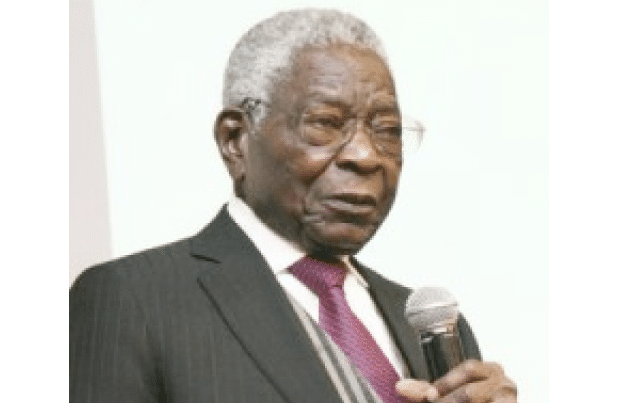 8) Prof Bolanle Awe: Awe was born in Nigeria in 1933. She attended Holy Trinity School, Imofe-Ilesha; St James Primary School, Okebola, Ibadan; and St Anne’s School, Ibadan. She took her A-levels at the Perse School in Cambridge. She went to St Andrews University in Scotland where she obtained a masters degree in history, before taking a doctorate in history at Oxford University. 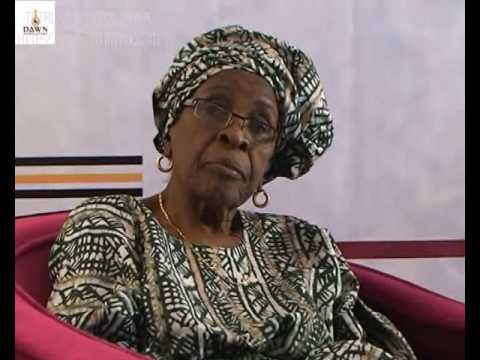 Awe then returned to Nigeria, where she became a lecturer at the University of Ibadan. She was one of the historians who allowed their evidence to include oral traditions. This meant that she was able to study histories of indigenous before the arrival of Europeans. She was also active in identifying how the role of women in history was being overlooked and she co-founded the Women’s Research and Documentation Centre (WORDOC) to promote the coordination of women’s studies research and new methodologies to study Nigerian women. In 1982, she was made an Officer of the Order of the Federal Republic of Nigeria.

9) Prof Hezekiah Oluwasanmi:Hezekiah Adedunmola Oluwasanmi was the Vice Chancellor of Obafemi Awolowo University from 1966 to 1975. 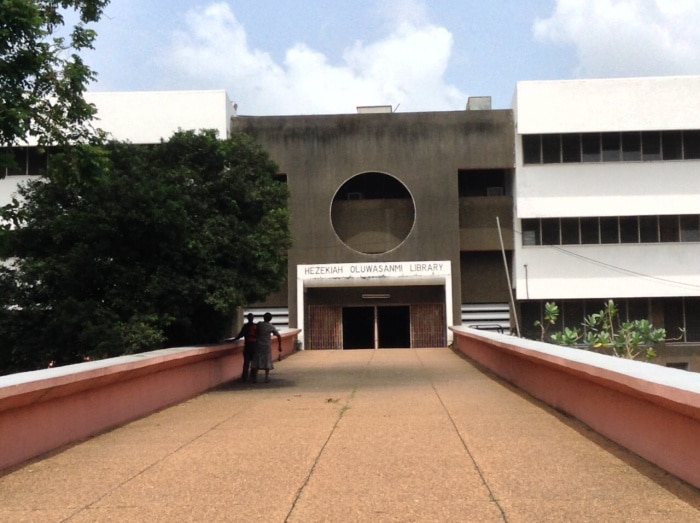 The Hezekiah Oluwasanmi Library in OAU

He was born on 12th of November 1919, and educated at Morehouse and Harvard. Oluwasanmi was a Professor of Agricultural Economics at the University of Ibadan, prior to his appointment as the VC of Obafemi Awolowo University. He died on 15 August 1983.

10) Timothy Mofolorunsho Aluko: The novelist popularly known as T.M Aluko was born in Ilesha. He studied at Government College, Ibadan, and Higher College, Yaba in Lagos. He then moved to the University of London to study civil engineering and town planning. He held a number of administrative posts, which included, Director of Public Works in Western Nigeria. He left the civil service in 1966, and from then, until his retirement, in 1978 he pursued a career as an academic, earning a doctorate in municipal engineering in 1976. 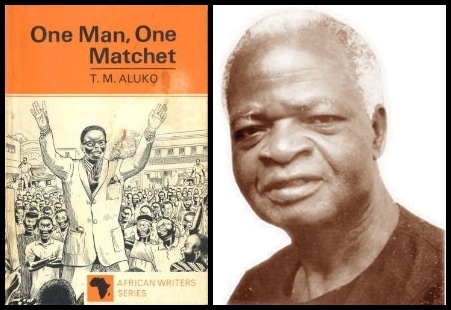