Olumo rock is located in Abeokuta the Ogun state capital. Sitting on a large expanse of land with massive rock formation, it is perhaps the most popular and one of the most prestigious tourist sites in Ogun state and Nigeria, at large.

The rock dates back to the days when songs of war dominated the airwaves in Yoruba land, that’s was in the first quarter of 19th century when Oyo empire was falling apart from pressure of Fulani/Dahomey attacks from outside and fraternal conflicts from within. 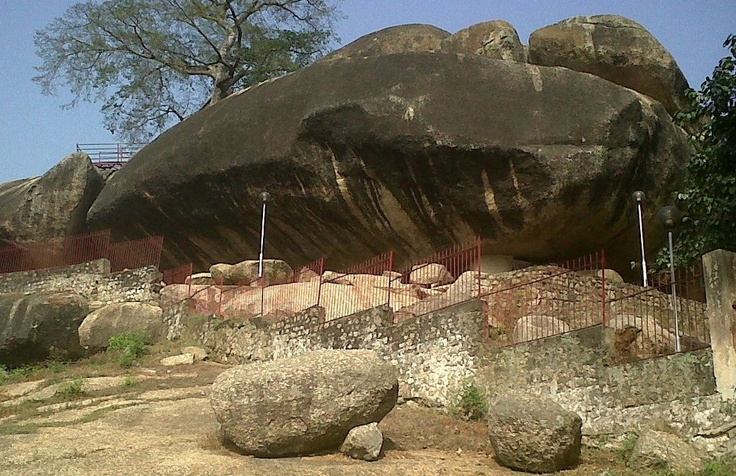 It is also worthy to mention that the name of the town “ Abeokuta” is derived from the rock (a word meaning “under the rock”). Dating from 1825, Abeokuta owes its origin to the inroads of slave hunters from Dahomey and Ibadan, which compelled the village populations scattered over the open county to take refuge among the rocks surrounding the city. Here they constituted themselves into a free confederacy of many distinct groups, each preserving the traditional customs, religious rites and even the very names of their original villages. History tells us that those early settlers of the area hid under Olumo rock, using it as refuge against enemy attacks.

Abeokuta is the largest city and capital of Ogun State in southwest Nigeria and is situated on the Ogun River; 64 miles north of Lagos by railway, or 81 miles by water. As of 2005, Abeokuta and the surrounding area had a population of 593,140.

Abẹokuta lies in a fertile county, the surface of which is broken by masses of grey granite. It is spread over an extensive area, being surrounded by mud walls, 18 miles in extent. Palm-oil, timber, rubber, yams and shear-butter are the chief articles of trade. It lies below the Olumo Rock, home to several caves and shrines. The town depends on the Oyan River Dam for its water supply.

The original settlers of Abeokuta were of the Egba nation. Later, some members of other Yoruba clans came to the city. Baptist and Anglican missionaries operated in the area in the 19th century. In 1851 and 1864, the forces of Abẹokuta defeated Dahomean slave raiders. In 1893, the Egba United Government based in Abẹokuta was recognized by the United Kingdom. In 1914, the city was made part of the colony of Nigeria by the British.

Olumo rock is nature’s massive monuments made of indigenous material, with the highest point at 137 meters from the base of the rock. From a perspective angle, it looks like “behemoth” in a sitting position; it also appears as a female mammoth guarding her brood. In metaphysics, the fact of its indigenous formation can be said to be its strength as a refuge, a hideout during the process of sitting in their new settlement which is the present day Abeokuta. In addition, the rock functioned as a tower of strength for Egba in their wars to defend the new settlement. Symbolically Olumo is the single most important representation of Egba nationalism, it is the unique monument inseparably associated with their heroism and freedom. It is to them what statue of Liberty is to Americans, it never fails to fascinate both the young and the old with its sheer size, configuration and several chambers located inside the belly of the “behemoth” in which its brood was hidden from the danger of incessant assault in the past. However Olumo rock became the symbol of unity, freedom of the Egba’s and all the residents of Abeokuta. 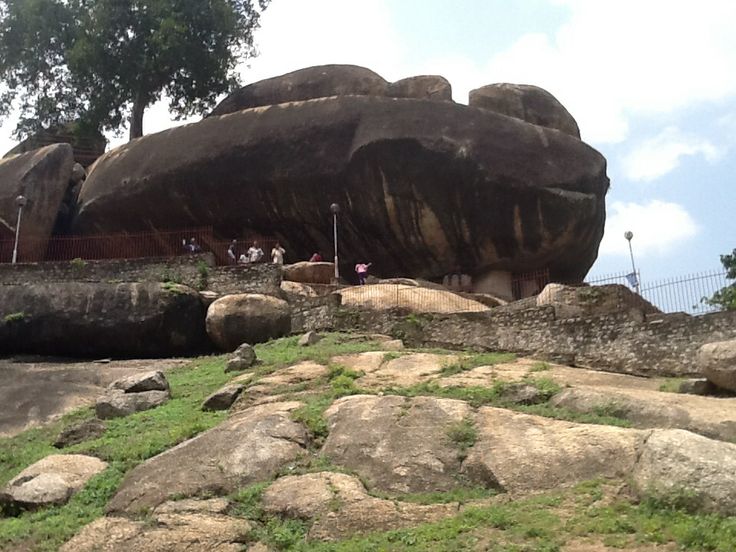 Historically, Olumo rock was discovered by a hunter farmer named Adagba and he found the rock to be a natural place of refuge from wars and threat of wars. Adagba retreated with his wife to the safety of the rock whenever the need arise. Egba reconnaissance men (consisting of three hunters) who met with Adagba where brought to the rock and were convinced that their search for a new secure home base is over. With the surrounding fertile wooded savannah and the presence of Ogun River, they believe that they have arrived at the promise land. Confirmation of the suitability of the site by Ifa divination was needed to seal of approval.
In 1830, Shodeke a hunter and leader of Egba refugees from Ibadan area founded the town of Abeokuta which means “beneath the rock”. The rock was later named “Olumo” which had two levels of meaning. The first is “Olu” (God) “Mo” (Molded) the second is “Oluwa fi mo” (God has put an end to our suffering)

Tourists to Africa and Nigeria definitely need to consider putting Olumo rock on their travel plans. New renovations were completed in early 2006 and the infrastructure at the site was upgraded to include a new museum, restaurants, water fountain and an elevator that reduces the climbing challenge and provides a wonderful view of the surrounding city. A visit to this ancient site shows a great interplay between the modern and the ancient with the provision of facilities like 3 panoramic elevators for tourists who can’t go through the rigour of climbing the stairs to the peak of the rock as well as for the physically challenged, aged and children. The stairs are also an added construction.Olumo rock truly is a pride of Abeokuta, a single step into its gates will leave you in absolute awe