Saro the Musical brought fresh vista and vigour to the Nigerian theatre space that was near comatose as at when it was premiered in the ballroom of the luxurious Oriental Hotel, Lekki. It brought fresh perspectives in that, though Musical Broadway Shows were not completely new to Nigerians following the relative success Fela on Broadway achieved, the distinct features Saro injected into the musical drama theatre include- its total involvement of the Nigerian youths in the execution and the savoury take-away message of self-reliance that is key to accessing windows of opportunities by those dogged and thirsty for success. 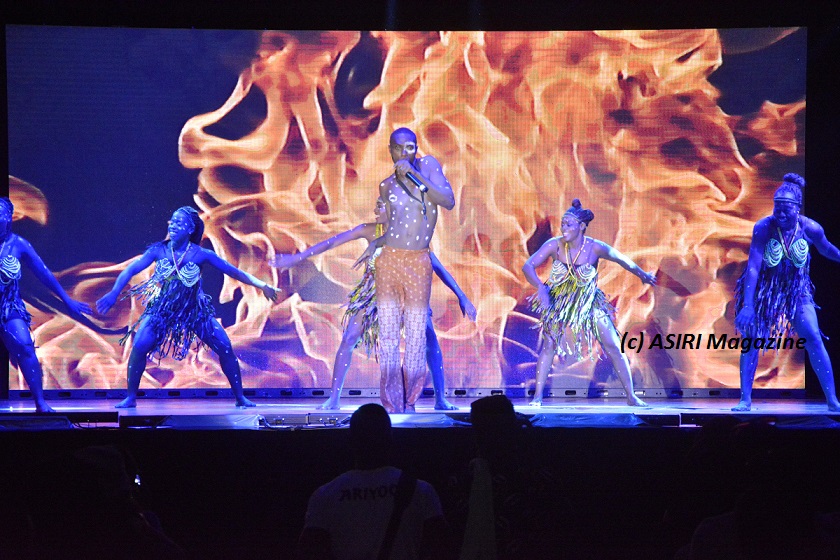 Upon seeing the first scene of Saro-the Musical Broadway Show in 2012, I was hasty to assume it would be the love-affair, business-as- usual thing. However, subsequent scenes soon brought me out of this self-imposed delusion, revealing useful insights into the rich content the musical has to offer every generation. The introduction has a pastoral setting. Rume, a delectable village belle is head-over-heels in love with Obaro– an ambitious albeit reluctant village lad; a situation reminiscent of Shakespearean Romeo and Juliet. Their love is tenacious even in the face of daunting challenges life throws at them every now and then seemingly to tear the union apart. The desire to be at each others arms, chat over and sometimes argue about future aspirations is the cord that binds them together. When eventually the love-birds are separated by the quest to attain break-through in life, it is rather momentary and could be seen as catalyst to their stronger reunion in the city.

The four (4) lead actors are faced with migrants’ challenges upon relocating to the city. Just as would anyone else in a new turf of adventure, they lurch and eventually get even on the keel. Amid the strangeness encountered while in the city, it is their God-given talent while on a pastime singing to express the height of frustration in detention that comes to their rescue; sets them apart on a new pedestal. The courage is in the headlong foray into the city against all odds. Those in Lagos would have a better clue of these confrontations. The chaos, the mad-rush, stunts by the ever notorious area boys and their pilfering aside, language barrier was another principality that could have deterred the un serious-minded. 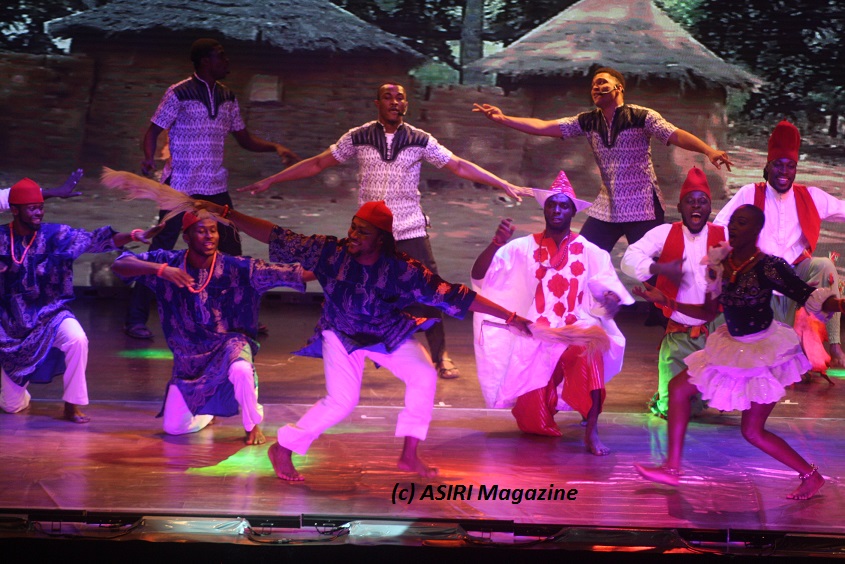 The thematic exploration of Saro-the Musical achieves contemporaneity and all-time relevance because it confronts the age-long despair that has become an ignoble cloak of inertia and despondence over the Nigerian youth. This is the resounding motif in that, whoever watches the musical drama develops such irrepressible urge to dare life harder. As for the theatre practitioners, the vital take-home is this-, no longer are we going to sit back as audience or the final consumer on the classic theatre chain. If the western world could attain such feats as musical drama, Nigeria is equally capable of same without missing the mark and with local content and be proud to take the story to the entire world as a solely Nigerian brand. What makes it best among equals unlike Fella on the Broadway- the only Broadway that had preceded Saro in the Nigerian theatrical precedence, is the infusion of the “We can do it” spirit with our very own. Broadway shows of such enormity are common sights abroad. Fella on the Broadway became first in Nigeria and was brought here by foreigners who didn’t really know as much as we do about the storyline. Attaining arguably better realization on stage, Saro became the first indigenous musical drama in Nigeria, thereby setting a high standard for subsequent stage drama of this genre. Though not staged in a traditional theatre because of the dearth of such facility in the country, the acting, intermittent songs drawn from across the country and beyond, and dance were all realised in splendorous dexterity. Besides the enthralling spectacle that was the revolving stage, sound and lighting were fabulous. 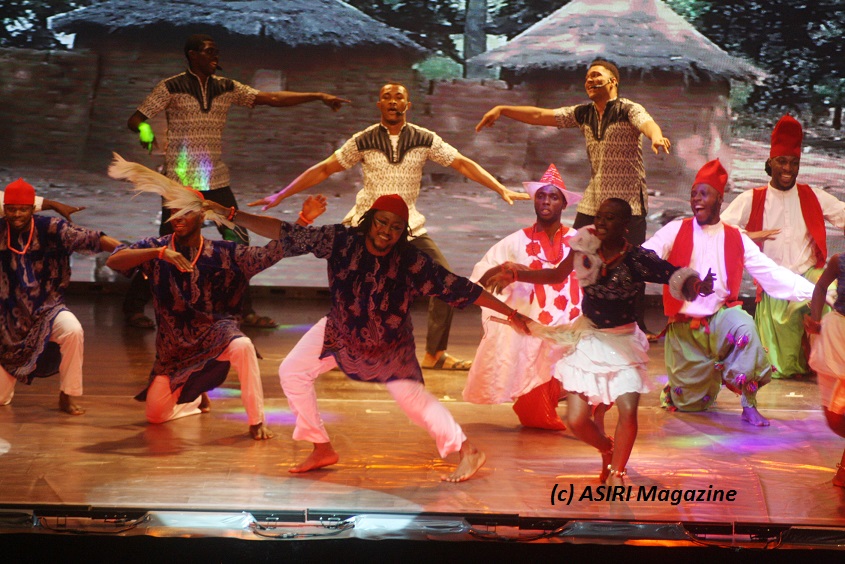 Saro is culturally wealthy in its concerns as it takes the audience spellbound in chronicling the migration story of the tribes that make up the heterogeneous city of Lagos in a piquantly detailed manner never seen before now. This is the biggest advantage of Lagosians over every other citizen from other Nigerian cities and it is in agreement with the common saying that ‘variety is the spice of life. As the economic hub of the country, the eclectic cultural backgrounds of the inhabitants fuse into one via osmosis. Hustle continues on a daily basis, the tribal gaps noticeable in other cities are unconsciously narrowed down to the barest minimum. That is another realization of aesthetic values of the musical. It attempts to entrench or remind Nigerians of the beauty, strength and grace in our diversity. The Aworis, the Saros (eponymous tribe from Sierra Leone) Portuguese, Edo’s, Ijebu’s amongst others were the first settlers. The same story of migration reflects in the characterization as portrayed by lead actors who are also from the rural areas. In the end, they are able to sustain their music group. Leveraging on individual talent and synergy, thus, each lends vital support towards achieving common goal. 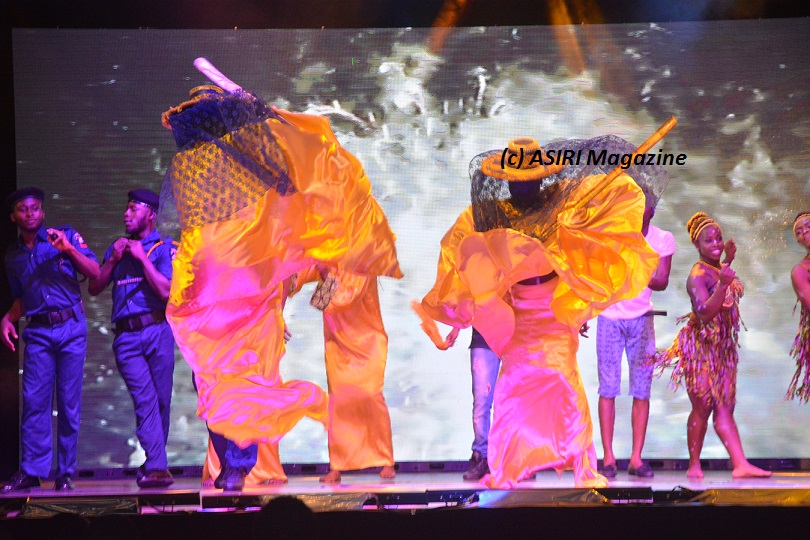 That Nigeria only boasts of two instances of musical drama makes the whole genre a new trend. A new idea nevertheless, the impression the two examples have established as modalities is colossal. Without being patronizing, Nigerians have developed a huge appetite for this genre but still, a subsequent attempt would be somewhat compelled to tow the same line of standard already set. Audience reception is bound to be equally massive. Saro the Musical 2 has been staged repeatedly at the Muson Centre in 2013/2014 during the yuletide season. As an integral part of the first outings when it premiered back in 2012, I remain adamant to the sentiment that “first cut is the deepest”.

News, Reviews, Trending Saro As An Improvement On The Status of Musical Drama in Nigeria

6 Amazing Spots in Abeokuta ,A City Beyond The...