ASIRI Magazine, a digital repository with the concern of preserving and promoting the cultural heritage and history of Nigeria is set to embark on the art of telling the Nigeria history in a renewed form, taking heritage and culture to a new level with its latest digital campaign titled “Colours of our History”.

The ASIRI Magazine brand started its journey some five years ago with a 5.9 MB illustration art magazine telling heroic tales of the Nigerian cultural Legends and Icons. The magazine has published eight (8) well conducted researched issues which have been successfully translated into several languages including Hausa,Igbo,Yoruba and  also Spanish and Italian languages, facilitated by the Spanish and Italian Embassy in Nigeria. It has over the years metamorphosed into a resource center for scholars and everyone ready to have a well grounded knowledge about Nigeria history, culture, heritage and arts. 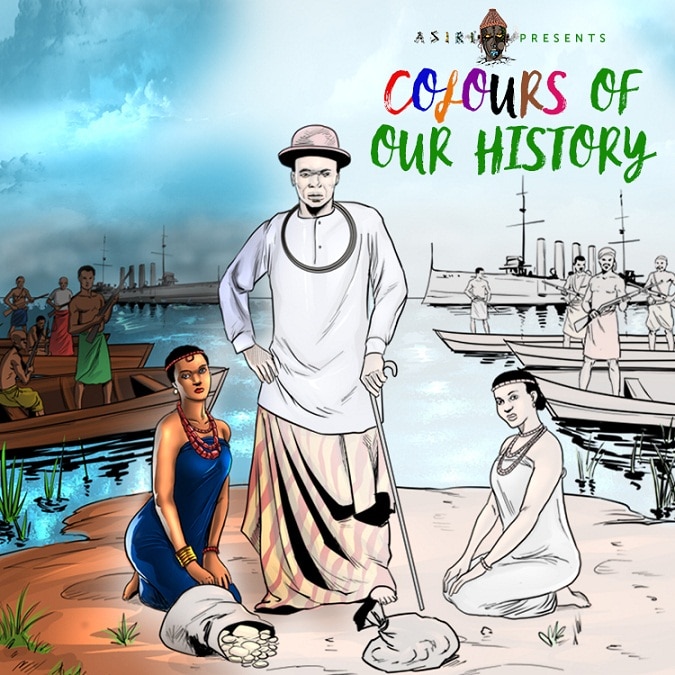 Nana Olomu (1852–1916) was an Itisekiri chief, Palm Oil Super Magnate, nationalist and a fighter from the Niger Delta

This  campaign is coming up at a point in time when the Africa narrative is taking the centre space on the global scene. ASIRI in its five years of existence have been in the vanguard of unlocking, showcasing, analyzing and presenting historical facts and cultural evidences with an attendant repertoire of amazing archival photo’s and colonial reports. This archival information is intended to re-emphasize the essence of history in an ever-changing world that could further generate debates and research.

How do we perceive our history? In what light do we see its relevance to the present times? Is it just for today’s cause or posterity? This question is timely going by the importance of the campaign which is poised to reach out to the generation of today. This advocacy also comes in attractive forms and enhanced by its colorful illustrations. In a sense, “The Colours of History” is geared towards re-invigorating the need to restore and re-instate the quantum of the Nigerian and African history at all educational levels in the country.

As part of plans to celebrating its 5 years anniversary ,”The Colours of History” campaign kicks off on Monday 26th of February on all ASIRI Magazine social media platforms. Social media engagement can be followed (Facebook,Twitter and Instagram) by using the hash tag #COOH. The campaign is a monthly affair and kicks off with the narratives of Bashorun Gaha of Ibadan, the Lagos Invasion of 1851, the Benin Invasion of 1897 amongst others.

According to the Creative Director/Publisher of ASIRI Magazine, Mr. Damola Adebowale “ I hope the campaign will let the government, brands, the Corporate sector , and people at all levels of authority see the importance of our history as Nigerians and the need to have our history painted in bright colours for the world to see”