Sunday 10 September 2016, a cultural heritage site was desecrated. The bulldozers, supposedly  owned by ‘developers’,  which rolled into  6 Alli and 2 Bamgbose Streets, CMS Lagos-Island, and destroyed the 161 year-old building opposite Tinubu Square, committed murder, in the first degree. 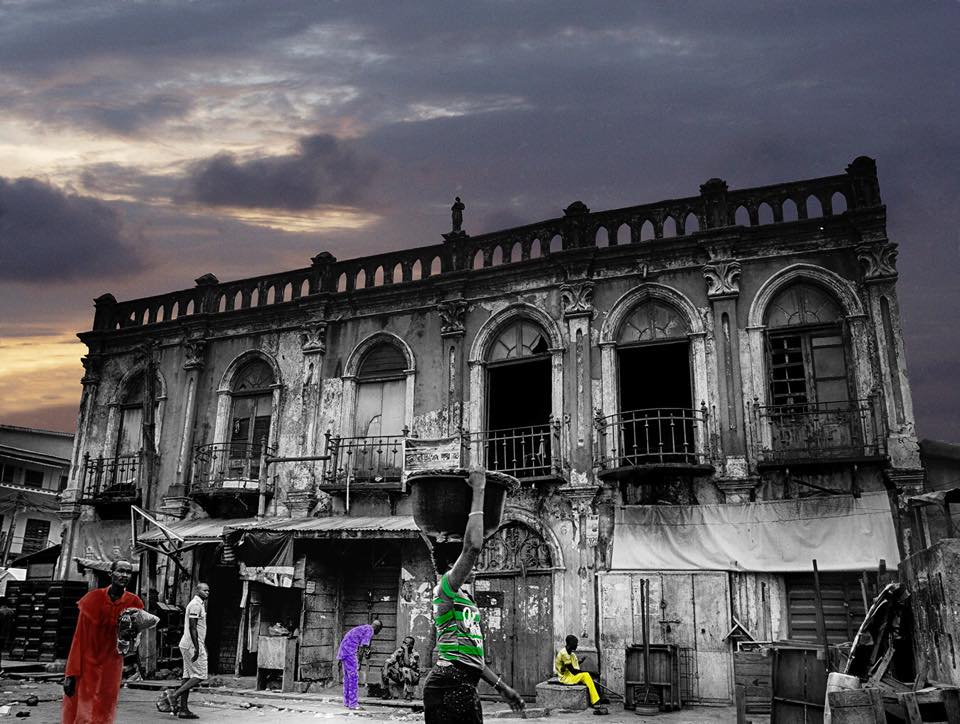 It murdered the history, culture, and heritage of Lagos. It murdered Ilojo Bar, 1855-2016, in broad daylight.

Ilojo Bar was a masterpiece when it was built in 1855, but due to neglect it may have lost its aesthetic value. It was also known as Olaiya House or Casa do Fernandez, and was built originally as a restaurant and bar in 1855 by the Fernandez family.

The artisans who built it were highly skilled former slaves, who had mastered the craft of building while in Brazil, South America. These returnees from Brazil were resettled in Freetown Sierra Leone, Porto Novo Benin Republic, and in Lagos Nigeria. 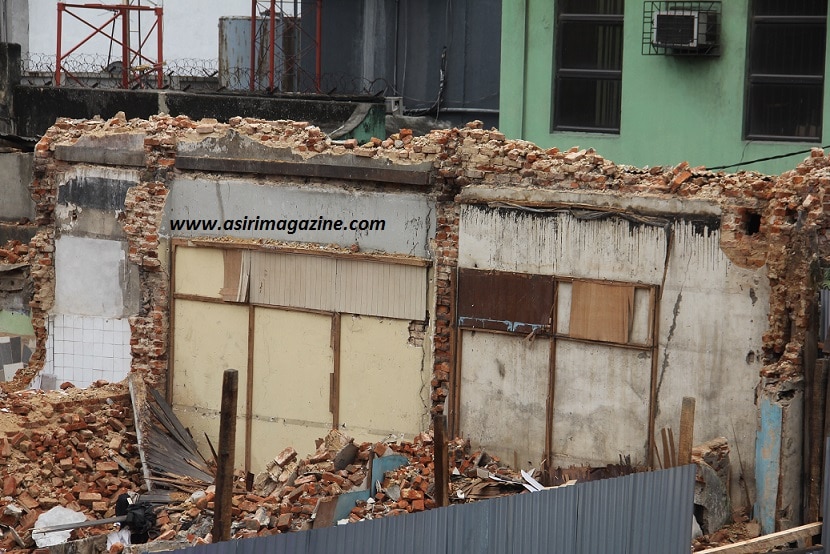 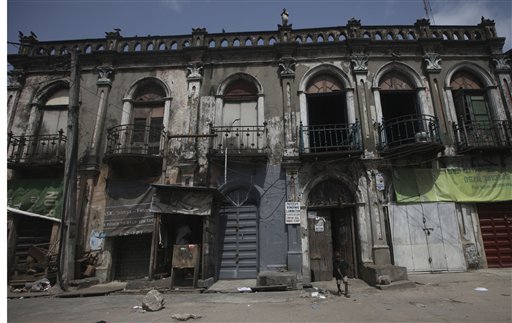 Before its untimely death

This was in 25th of March 1807, slave trade had just been abolished, and colonial Lagos was in its prime. Commercial activities boomed at the first wave of these migrants into the city. According to the Weekly Times of 11October 1890, the British and African Steam Navigation Company, which regularly plied the ports of Bahia de Todos os Santos and Lagos, after its maiden voyage, berthed in Lagos Nigeria with 100 passengers and 400 tons of merchandise on board. In 1872, the numbers went even higher from 130 to 1,200 passengers, as cargo and passenger lines were now no longer coming in with slaves but returnees. 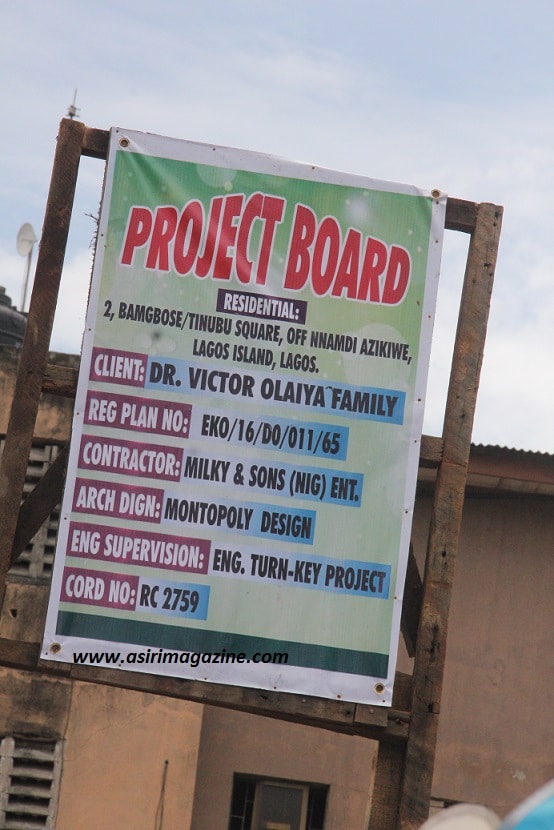 The tombstone at the site of a great historical landmark

The returnees brought with them technical expertise. A few examples of their architectural knowledge are residential buildings to be found in Port Novo, Freetown, Whydah, and Lagos. Brazilian Quarters, Tinubu Square, and Campos Square are famous examples in Lagos.

In 1933, Alfred Omolana Olaiya of the Olaiya family bought Ilojo Bar from the Fernandez family. In 1956, National Commission for Museums and Monuments (NCMM) declared it a national monument. Ilojo Bar became protected by the NCMM act.

It was shocking, therefore, when The Nation newspapers broke the news about the demolition of the building. On NCMM website, there are 65 listed national monuments, and the deceased Ilojo Bar is still listed as number 44. See list HERE

Consider this: Lagos state is celebrating its fiftieth anniversary next year, Ilojo Bar on the other hand, is 161 years old. For a state which prides itself as the centre of excellence, destroying historical landmarks is not the way the administration of Governor Ambode should demonstrate the state’s superiority. It is imperative that the government act swiftly and make amends by reconstructing the building if possible, and bringing to book the people responsible to justice . 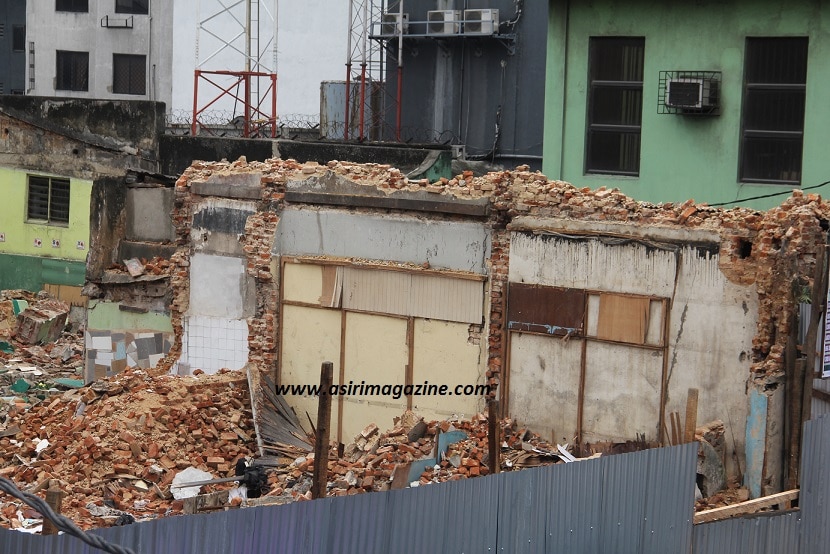 Unlike most deaths we will not hold ‘a minute silence’; we will not play a requiem to commemorate the destruction of Ilojo Bar. The only sounds fitting to be heard at Ilojo Bar are: highlife music like Dr Victor Olaiya’s; the voices of curators telling school kids the story of the building’s origin; and indeed, any sound of good report, which embodies, celebrates, remembers, the suffering, the hope, and the journey that the builders had to make back to Africa, back to their motherland.

So we will act! We must act! The Legacy Group, a historical and environmental interest group in Nigeria, is collating signatures for a petition against the demolition of Ilojo Bar. Kindly sign the petition HERE

Sister Act The Musical Debuts in December with Omawumi