A blend of cultures herself, designer  proudly brings you the culture of Ethiopia with her Spring/Summer 2014 ‘Abyssinian Adventure”. As she drove six to ten hours daily between villages throughout the Omo Valley in Southern Ethiopia, her travels led to her the discovery of Menen fabric. ‘Menen’ which means ‘the finest’, in Amharic, the centuries old language of Ethiopia, was originally founded in 2007 by a Spanish-Ethiopian couple, inspired by the traditional hand woven and embroidered clothing which Abyssinians have worn since ancient times.

As the Designer watched the weavers’ deftly working Menen fabric by hand, not only was she inspired to incorporate it into her collection, she was also reminded of the century old Akwete and Aso-oke fabric process in the Eastern and Western Nigeria respectively. From this delicate fabric to the rainbow themed skirts of the Konso women to hundreds of vibrant hued beads layering the necks of the clay lip-plated Mursi women, Kiki Kamanu was inspired by the warmth and humility of the elegant tribes as they welcomed her into the fabric of their lives. 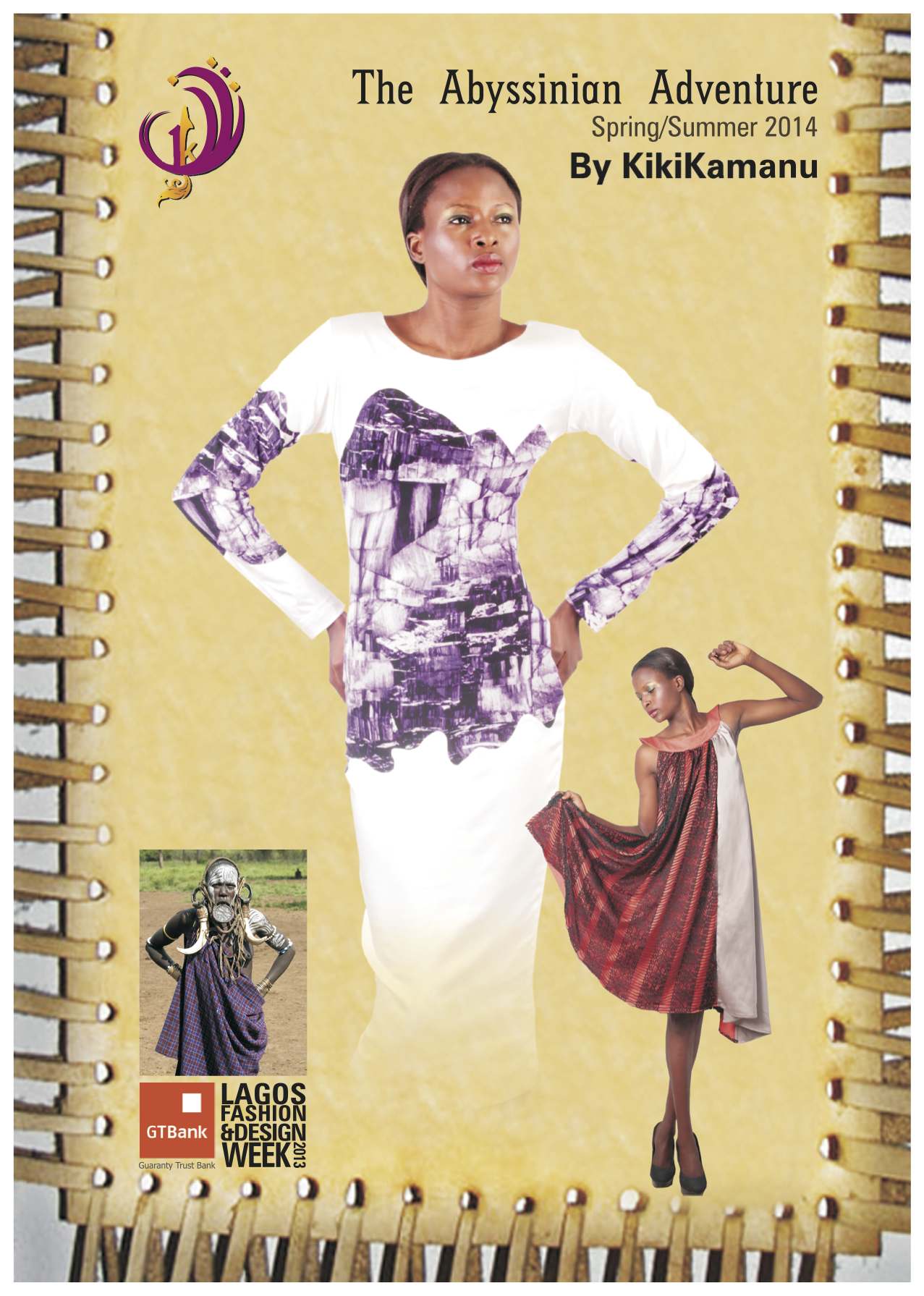 Ms. Kiki Kamanu whose Bostonian mother and Nigerian father met on a blind date, is the face of her eponymous label.  Kiki received her education in the United States, France and Nigeria and is at home in any culture, having explored over 54 destinations in five continents (and counting). This is reflected in the diversity of her creations and is no surprise that she draws inspiration from a myriad of sources which is evident in her Abyssinian Adventure Summer 2014 collection.

To the benefit of fashion iconoclasts everywhere, Kiki left her role at Harvard as the Neurosurgery Education Program Coordinator, to devote her energy to producing well crafted exclusive creations while continuing to give back to the community by espousing the principles of fair trade as well as running mentoring programs which give a hand up and not a hand out.

And now KikiKamanu, with the help of an amazing design and production team enchants you with the cultural inspiration that is Ethiopia unleashing the finest of her collection.