The directorate of the Lagos@50 Creative Task Force launches Lagos Under the Lens — the film component of the on-going celebration of LAGOS AT 50 (May2016-May2017). 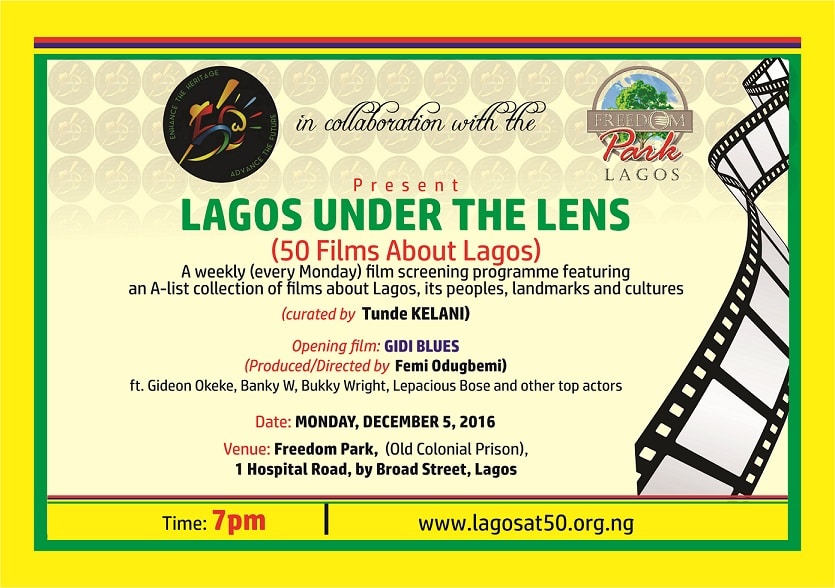 Designed to provide opportunity for the motion picture industry to also celebrate Lagos State as hub and capital of the Nigerian film industry, The main focus of Lagos Under The Lens will be a weekly screening of films on or about Lagos. The films will be sourced from archives and a wide range of producers, organisations and private individuals.

The project, curated by the ace filmmaker, Mr. Tunde KELANI with support services from office of the co-Chair of the Lagos@50 Committee, Professor Wole Soyinka,  is in partnership with the Film Club of the Freedom Park Lagos, the official home of the Lagos@50 celebration. 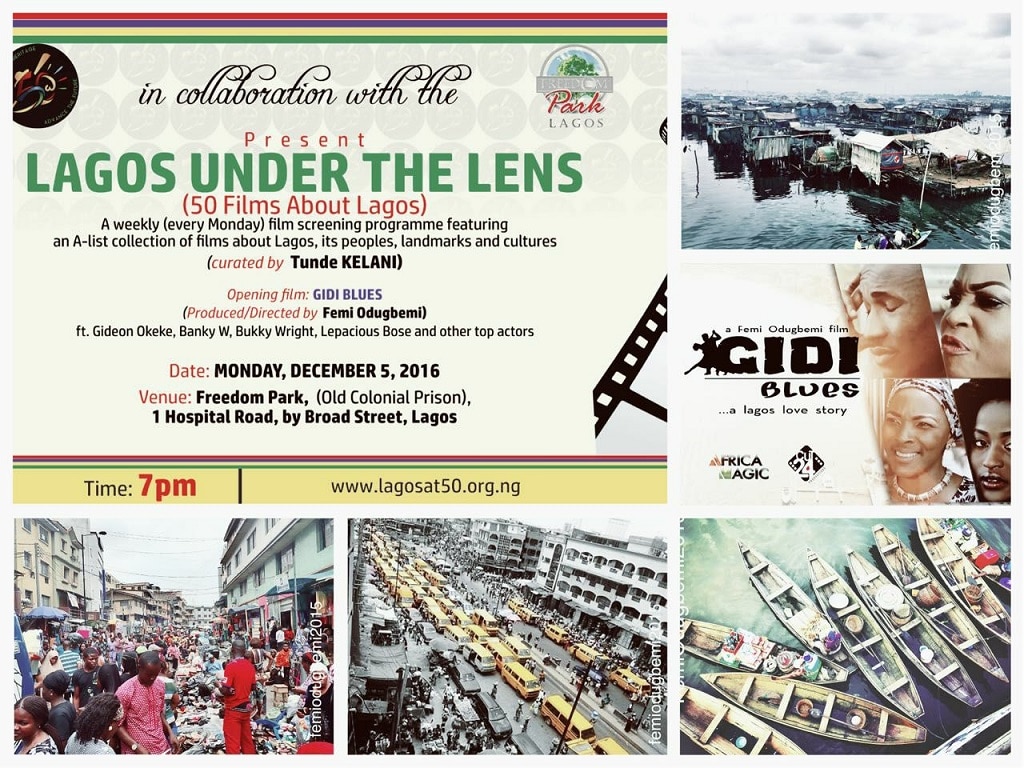 Essentially, the structure of the  Lagos Under The Lens: 50 Films About Lagos, is:

To kick off the project, “GIDI BLUES-A Lagos Love Story,” produced and directed by Femi Odugbemi of CUT24 Productions will hold on Monday December 5  at the Freedom Park.

Please see the attached draft Invitation and promotional materials for the said launch.

Other films in the series’ line up include

LAGOS NOTES OF A CITY,  (dir. by Jens Wenkel)

FIFTY, (prod.by Mo Abudu) and others

Discussion with the respective filmmakers are ongoing, and the specific date of screening will be communicated as soon as the various negotiations have been concluded.

Each weekly screening will also be accompanied by the screening of a short feature or documentary to be provided by the Freedom Park Film Club.