Although the NRW’s International Visitors Programme for global culture experts was restricted to a virtual experience due to the Covid-19 pandemic, the performances at the 50thanniversary of the Moers Festival in Germany released spectacular cultural and creative energy. Yinka Olatunbosun reports.

Seven participating journalists RejeanBeaucage (Canada), NunoCatarino (Portugal), Tom Greenland (USA) EyalHareuveni (Isreal), BoukeMekel (Netherlands), YinkaOlatunbosun (Nigeria) and Kazue Yokoi (Japan) were taken on a virtual tour of the cultural space which had been revived by the golden anniversary of the international music festival with the theme “50 Years of Moers Festival: Border Crossings Between Jazz and Contemporary Music in the Lower Rhine and the Ruhr region.’’ The concert was made enjoyable by the top-quality production job by the ARTE network that enhanced visibility at every show, providing superb streaming of the entire event, including interviews with performers and exciting discussions towards making a positive impact.

The Moers Festival which ran from May 21 to 24 was given a boost when a legislative decision in Germany allowed limited outdoor audiences. The on-site team carried out over 1,400 mandatory COVID-19 tests to ensure that on-site fun seekers are kept safe. For virtual audiences, the burden was shifted to broadband strength. The Director, Moers Festival, Tim Isfort in virtual press conference with the international journalists, revealed that the festival has the tradition of celebrating innovative musicians. The double bassist who also writes theatre music and film scores revealed that the festival was important in uplifting the spirit of the artists who had been constrained by the pandemic. 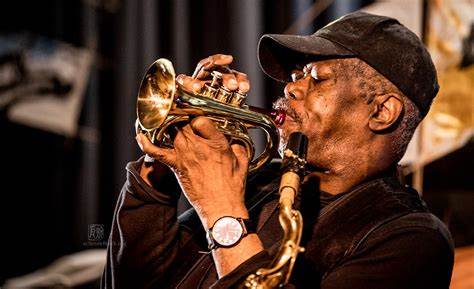 For five decades, the Moers festival had been remarkable for being a cipher for new music, experimental soundscapes and free improvisation. This edition featured not just jazz greats but rock bands. Opening highlights included a gathering of all fourteen previous “Improvisers in Residence” from a tradition established in 2008, and a beautiful solo set by pianist Brad Mehldau.

The virtuoso guitarist, Desprez brought some rock vibrations to the stage whilst the Miami-born Joe McPhee evoked some Harlem spirit with his tribute to the jazz saxophonist and composer, John Coltrane. It must have been a cultural picnic for the physically distanced audience who sat on the grass to enjoy the Will Guthrie & Ensemble, a predominantly audio-phonic collective.

Founded in 1971 by BurkhardHennen, Moers Festival is an annual international music festival in Moers, Germany. It emerged from being a platform for free jazz to world and pop music as well as avant-garde jazz. It included African Dance Night in 1985 which featured legendary artists from Africa such as MoryKante, Salif Keita, ChebMami and YoussouN’Dour.

The press conference that preceded the concert weekend was an opportunity for the Nigerian journalist to open the eyes of other culture journalists to the world-class stature of Afrobeats, citing the recent victory of Burna Boy in the Global Music Category at the 2021 Grammys as a case in point.