The Bar Beach which is at the brink of the EKO ATLANTIC CITY will be playing host to this auspicious turn-out running from 27th July to 29th July 2016 and it encompasses all forms of art, culture and tourism. As expected, the Lagos state Ministry for Art, Culture and Tourism is throwing a big weight behind the success of this three days meticulously planned myriad of activities. 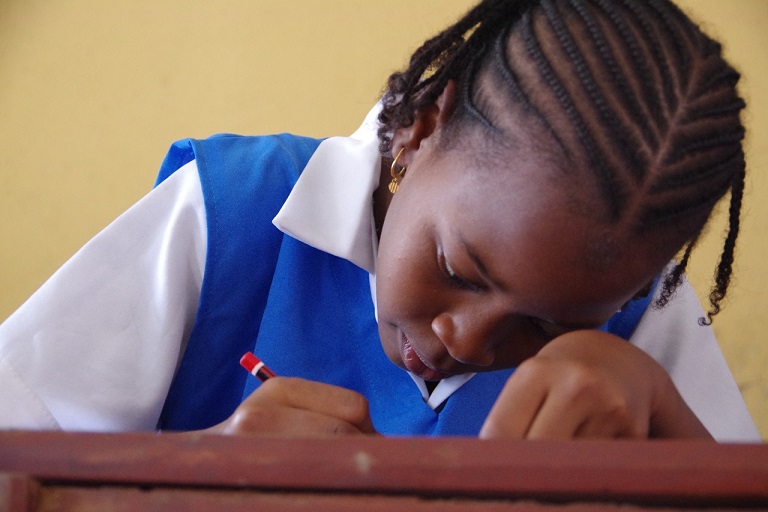 A girl working on her design for the Mural 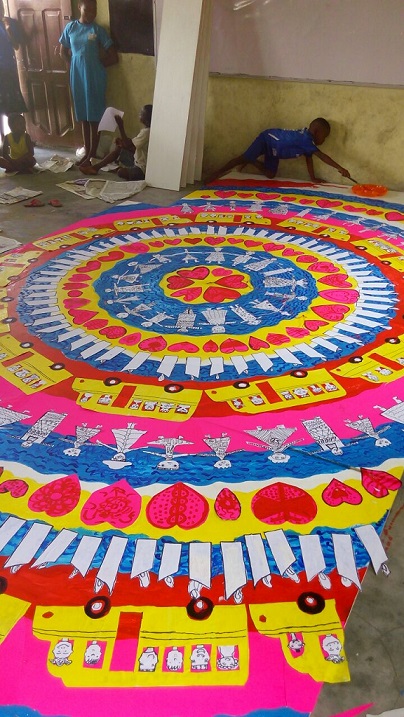 The year 2016 which is the second year of the Ambode led-administration is poised to have an inclusive government where the rule” ALL FOR ONE, ONE FOR ALL “ is not just a statement but a reality. Towards achieving this onerous task, policies have being enacted and activities geared in this direction. One of such is the ONE LAGOS BRAND LAUNCH which is a formalization of the already existing program. First under the Mr. Babatunde Fashola (SAN ) led administration as LAGOS COUNTDOWN is re-christened as a universal port of relative creativities.

Some  pupils of  Kuramo Nursery/Primary School Archibishop Taylor Memorial School carefully selected  One Lagos art team led by the Artist-In-Residence, Mrs Polly Alakija is moving from school to schools starting from to discover budding talents who possesses such artistic stint to draw and paint, the  latest result of which is a 13 meter long well crafted backdrop having different shades of colours and shapes beautifully crafted into designing BRT buses, which is also a mark of the vast majority of the Lagos People’s mobility. 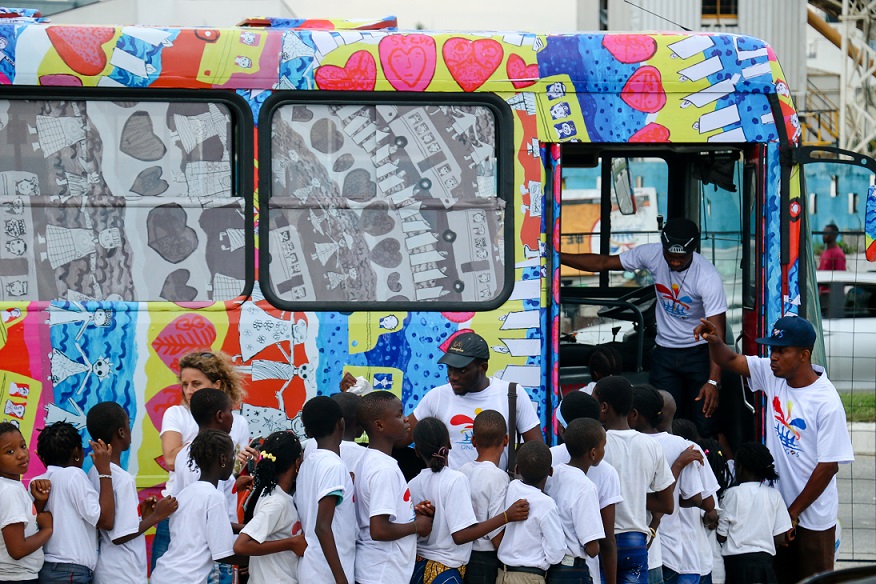 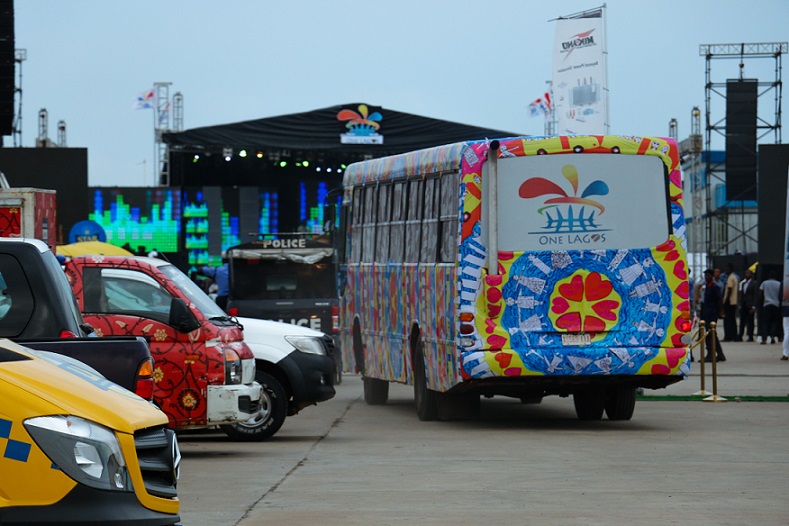 According to her, the rationale is to get more children from more schools across the state with similar abilities of drawing and painting to design a poster that will be pasted on LAGBUSes all year round. 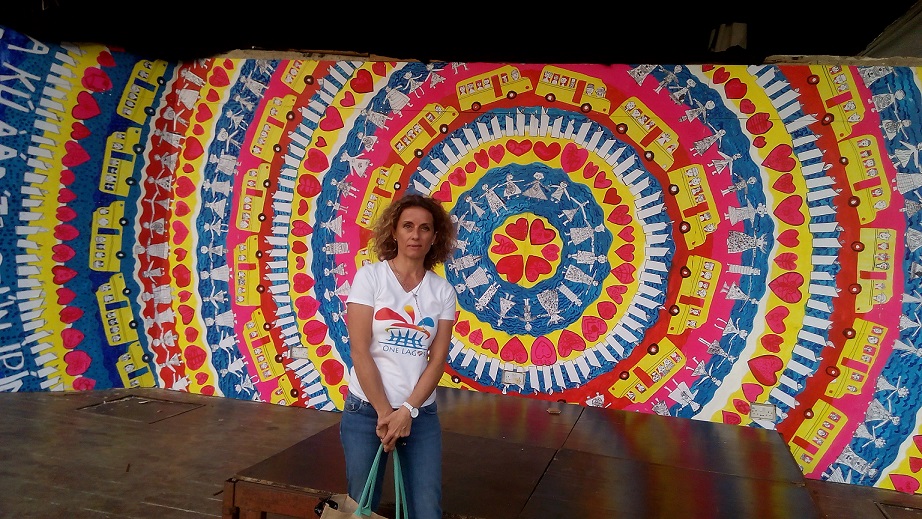 The Commissioner for Arts and Culture in the state, Mr Folarin Coker amused by the efforts of the young artist painstakingly inspected the colourful LAGBUS after which he requested that the children each should define what One Lagos truly meant. He stated thereafter that this rationale only signals that “In the Innocence of a child’s mind, you find the clear truth. Fielding questions from Men of the press, he stated that in wake of the country’s dwindling oil revenue, there is a need to look inwards and make use of the abounding resources of creativity, political assiduity and purposeful patronage of the indigenous cottage industry. 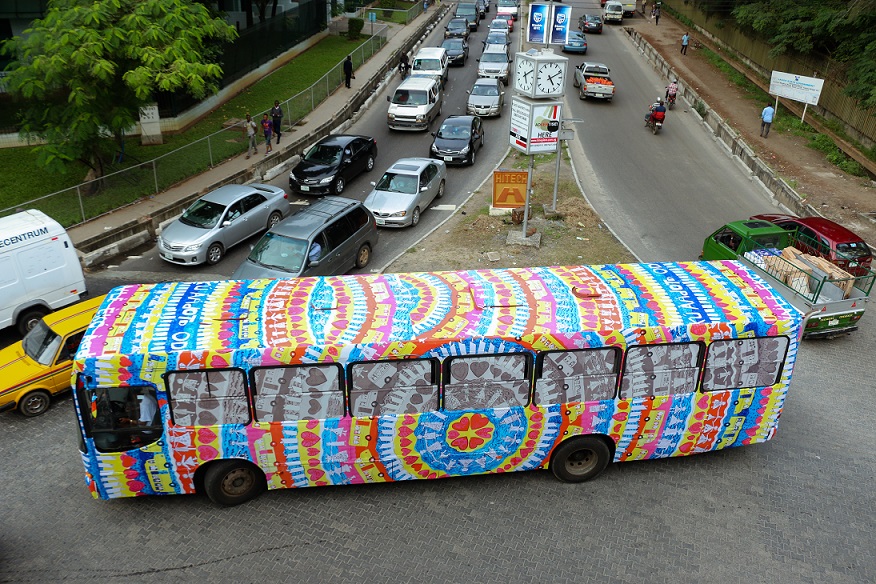 One Colorful Lagos, a Better Future for All.

The state known as the  Centre of Excellence can always be more excellent in achievement and goals pursuit if the spirit of communal existence and inclusive participation which has always been the bedrock of the state, so embossed by the government of the day is truly sustained.

This amazing initiative is a good sign to come showing the underlying importance of art, and how it can be used in child development in our schools all around the state. This kicks off the One Lagos Fiesta that will be holding at the Lagos Bar-Beach from the 27th-29th of July 2016.

Meet the Artist: Tega Akpokona “Illuminating the World with...