The Rele Arts Foundation (RAF) has announced the sophomore edition of the Young Contemporaries. Young Contemporaries is an artistic initiative that identifies, promotes and, mentors young visual artists; giving them the tools to succeed critically and commercially in the global art marketplace. 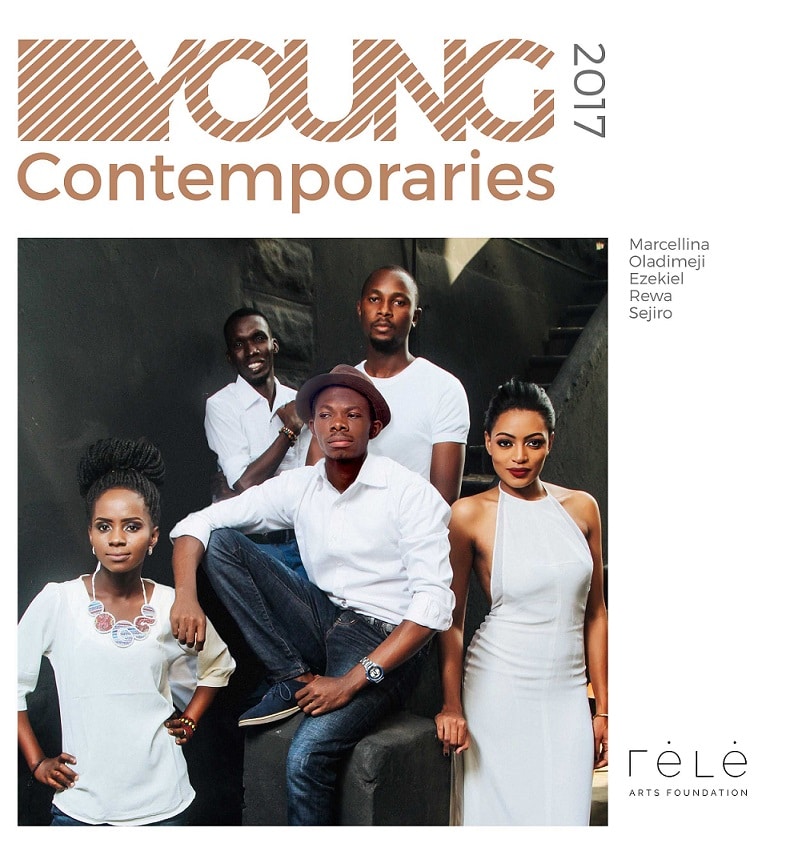 Five bright, and promising young artists working in diverse mediums with varying degrees of skills and techniques have been selected and highlighted as the one’s to watch out for in 2017. Themes in this year’s works include; feminism, cultural and self identity, racial boundaries, and duality of human nature. The resulting exhibition is an indication of a younger generation contributing their artistic voice to societal issues.

Marcellina O. Akpojotor, 27, had her first form of apprenticeship under her father who is a sign writer. She grew up assisting him in his works and was always engaged in creative endeavors which cut across drawing, design, stencil, writing and calligraphy. She studied Art and Industrial Design at Lagos State Polytechnic and had her industrial training at the studio of Bruce Onobrakpeya, Lagos. 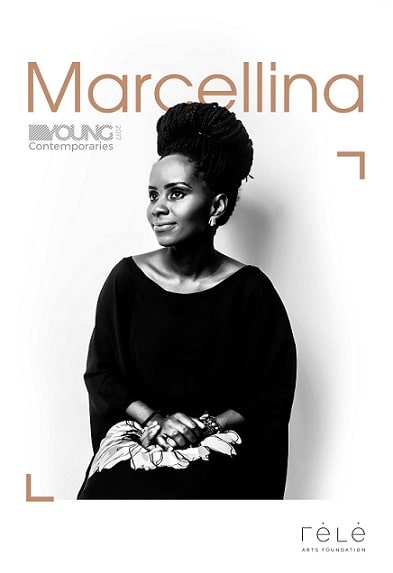 She won the first prize in the OFF THE BIN PROJECT, an Art competition in 2013.

She has participated in the painting session of the 16th and 17th Harmattan workshop (2014 and 2015) respectively in Delta State and has featured in various group exhibitions.

Marcellina uses relatable Ankara as a medium to explore womanhood; these Ankara fabrics she uses are revived pieces’ sourced from fashion houses who would otherwise discard them. They are layered with designs and symbols which have unique meanings, some are cut out from “asoebi” for different occasions. She manipulates the cloth to mimic peaks and valleys, daily laughter’s and micro-aggressions. The swatches of fabric are pieces of stories which she employs to create these works that are filled with diverse emotions.

A face would usually take u on a journey into the world of a person, hence, Marcellina is often fascinated by faces. With the Pearl Series, she creates the faces of females both real and imagined.

Rewa Umuna, 29, grew up having never received formal art training. She is a self taught artist who developed her innate talent from a very age. She trained as a pharmacologist at the University College, which prepared her for an exciting career as an artist as she learnt to observe in greater detail and to seek deeper meaning. 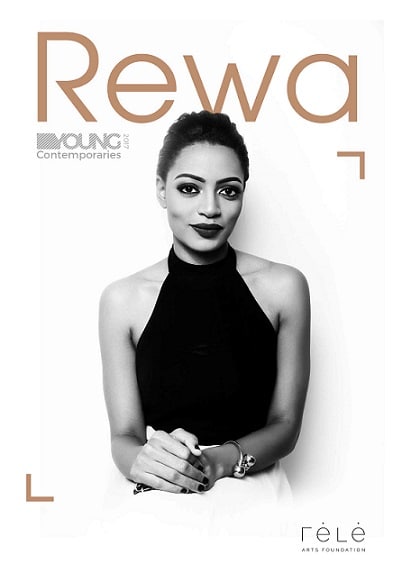 Her spirit is moved by what she refers to as “depicted sentience” through the celebration of the female form and bright, vivid colors. Her preferred medium of acrylics and water colours on cartridge paper provides the immediacy, proximity and transparency to express her most personal experiences and influences living between Lagos, London and Johannesburg, cities she considers home.

For her, art creation is synonymous with catharsis and her creations are her life’s diary.

Rewa commits to paper all the things it means to be an urban nomad; disconnected from your starting destination but not quite at home in new location. Each hue she chooses will carry a different energy and every choice will be deliberate. The Travellers will be a triptych representation of moving through societal, racial and cultural boundaries. The impacts of the boundaries will be represented by colours, the various energies that these bring whilst the ink lines of demarcation will represent the earth’s topography and the divide across continents. In this way, she hopes to convey to the viewer, the energies and emotions of The Travellers.

Sejiro Avoseh, 26, was born in Badagry and holds a Higher Diploma in painting from the Lagos state polytechnic, Ikorodu, Lagos. He is best known for his signature figuration that features automobile related faces. With strong surreal influences, he creates intricately detailed works rendered in paint and collage materials.Sejiro derives inspiration primarily from his own life experience; an ongoing dialogue with his past, present and the nearest future. 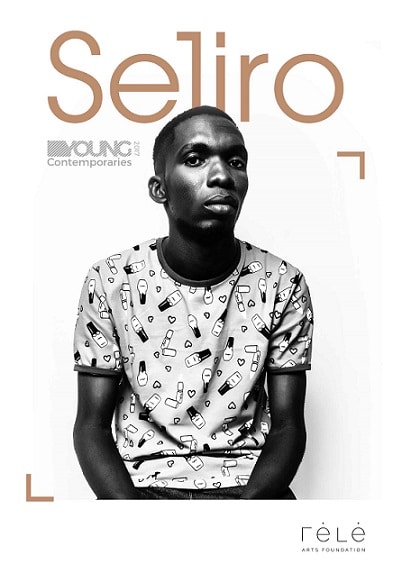 As the most conceptual and experimental of the bunch, being in the presence of Sejiro’s works will the viewer on a wild roller coaster journey that has no foreseeable destination.

With his series Physiognomical Distinction will question the act of predicting or judging a person’s character and personality by mare looking at the outward appearance, reflect the impression that everyone should be seen as distinct in his own special way. The Stream of Consciousness series will explore the continuous conscious experience of images and voices running through an individual’s mind. The Emotions and Time Perception series will explore the universal expression of emotions we perceive about time. Sejiro invites you to abandon everything you think you know about yourself and to question all your senses.

Ezekiel Osifeso, 24, studied Visual Arts (painting) in the Department of Creative Arts, at the University of Lagos. He interned at the Universal Studios of Arts under the tutelage of prolific Nigerian Artists like: Mr AbiodunOlaku, Joshua Nmesirionye, Ejoh Wallace,to mention a few. There he was trained in painting and draughtmanship. He afterward had his National Youth Service in Benue state (2014-2015) at Benue State Council for Arts and Culture. His love for figures is very evident in his works and has participated in various group shows in Nigeria. 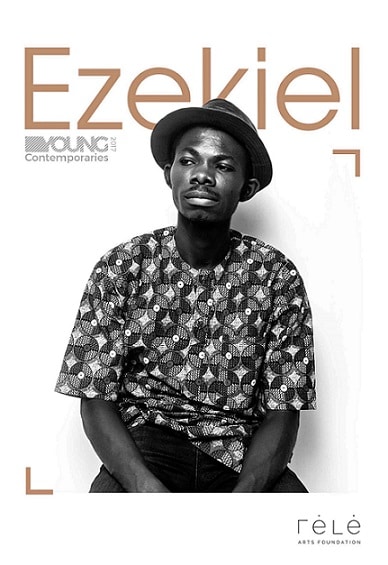 The human experience is wrought with allegory and satirical messages and Ezeikel isn’t shy about exploring them. He will be exploring how man is shaped and influenced by his environment. He has chosen the use of colours in adaptation of the Fauvism and naturalism movement; moving far away from his staple monochromatic charcoal and newspaper collages. He will use vivid acrylic in wild brushstrokes to capture all the highs and lows. He asks and answers hard, existential questions and invites us to do the same

Oladimeji Coker, 26, works predominantly in black-and-white photography. He is a strong believer in people being aware of self, history and heritage as they go in tandem with charting the course for the future. He aims to capture moments that point out these truths, making his audience stop to observe their current situation and make adjustments where necessary. 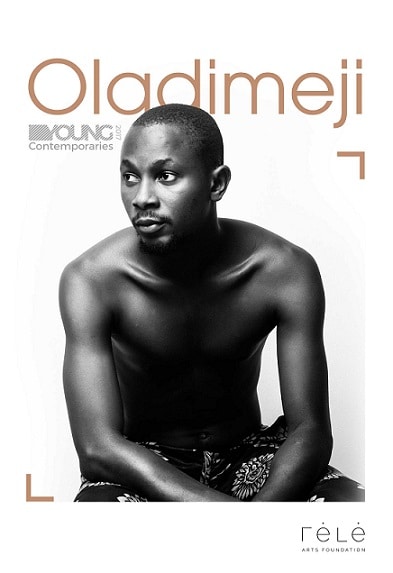 As the only photographer in this group, Dimeji comes with a keen eye and a thirst for knowledge. He will be using his lens as a map to navigate the duality of human nature and the hard questions surrounding the creation story. He hopes to be guided by some essays which have analyzed the biblical creation of man with the assumption that man was created with a dual nature, each with different approaches to life. Based on the contrasting features discussed in these essays, he will be working with two models, preferably twins to represent the dual nature of man and the conflicts that occur within man because of this dual nature.

Despite the lack of color in his works, Dimeji still manages to instill his fervor and lightness of spirit into his work.

With support from the Rele Arts Foundation, each one of the 2017 selected artists were awarded a grant to produce the body of work that will make up the exhibition.  The #YoungContemporaries2017 exhibition will open to the public on Sunday January 15th, 2017 –  3pm at Rele Gallery (5 Military Street, Onikan Lagos).