ADUKE Kicks off “WAWOMI ” Tour around Art Spaces in Lagos

Everyone who knows Aduke knows that she is not a stranger when it comes to live conscious music,spiced with a twist of folklore and traditional melodies that brings that nostalgic feeling of what good and positive vibes is all about. She has established her art based on these foundations and she is about to get personal and uncut as she announces dates to kick off a Live Music Tour around Major Art Spaces in Lagos.

She made these plans known when she released the art work with details of the tour all around Lagos on her Instagram page last week Thursday. This tour is coming at a stage when Aduke is re-defining her stand in the music industry, and most importantly solidifying her brand image which has been known for great tune with lyrics that sends one into a frenzy of both emotional and intellectual high. 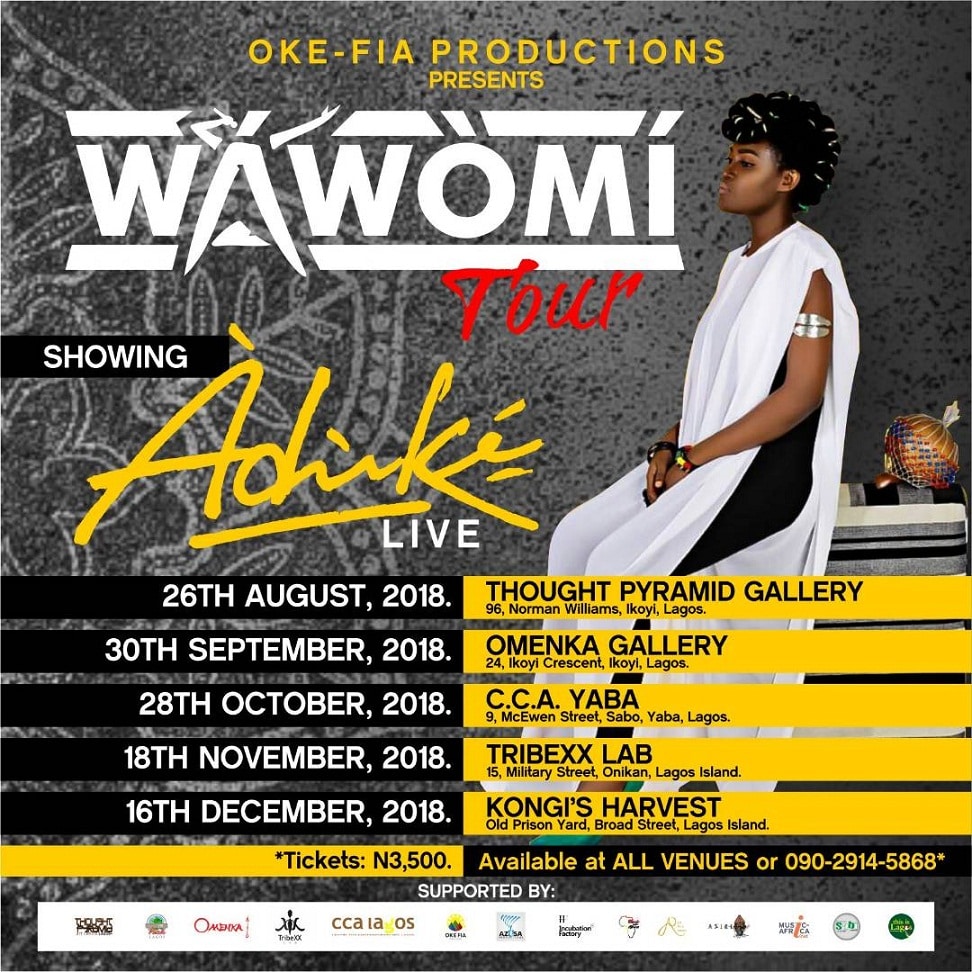 It’s a long time coming for Aduke Aladekomo; from when she did the famous melodious vocals for Olamide’s hit track “JesuO’Kola” off  his  YBNL Album,to when she did a viral tune during the Occupy Nigeria  Protest titled “Hear the Voice”  a well crafted consciousness tune that created a lot of buzz during the protest.

‘Wawomi” which translates to “Come look at me” in English is a clarion call for all music lovers to come witness Aduke in her real element. She would be going on this tour with her 7 man band called the ‘SoundWagon Band’. A band she has kept and maintained for 9 years. A true testimony of love, positive energy, outstanding fellowship for good music and showmanship.

For 2 ½ years Aduke and the SoundWagon (formerly SSV Band )  performed  at Freedom Park under a brand named show called ‘Lend Your E.A.R.S – Echoes and Rhythmic Soul’ and was successful to have hosted the 22ndEdition of the live music event right there at Freedom Park, Lagos Island. 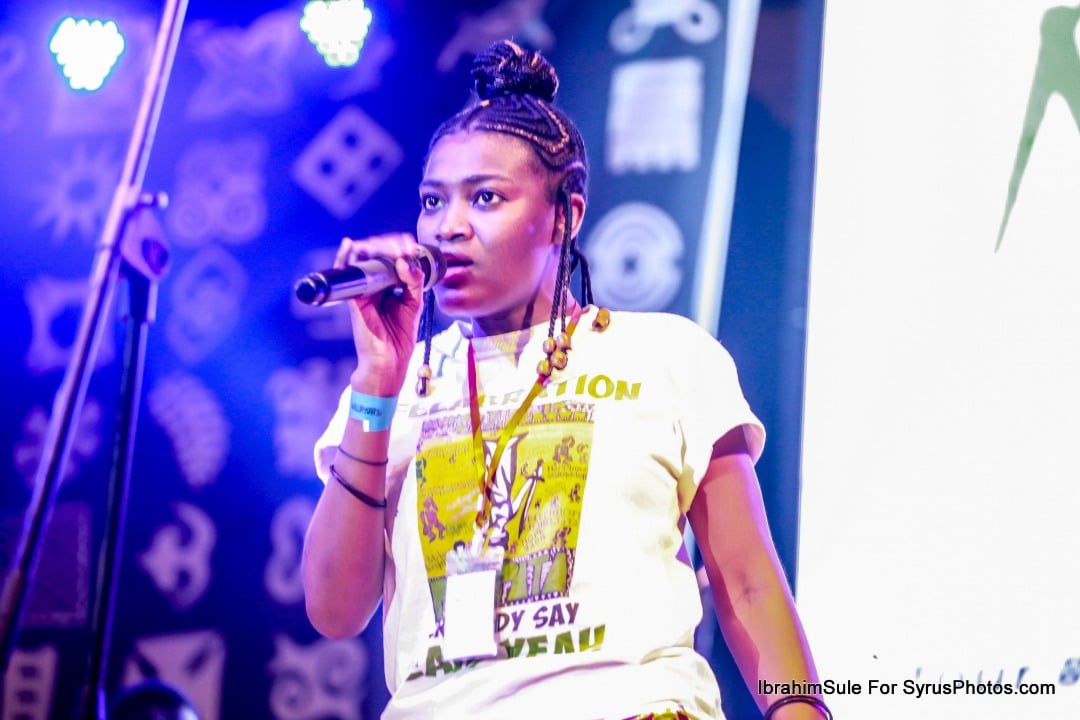 In a quick chat with Aduke when asked what is the major drive behind the Tour and what she seeks to achieve is, she said this “I am a performance artiste, the main objective of this tours is creating good music in  non- conventional spaces  and  for  people to see me perform live music. I will be having a major surprise for people that would be coming for the tour.   It’s a 5 months Tour. It’s also a chance for me to re-evaluate the quality of my brand strength before dropping my album, which would be after the Tour.  Most importantly,  I would love to create more content and body of work for both the Nigerian and International Market. I also want to use the tour to show my dexterity as a well grounded artiste”

The ‘Wawomi’ tour kicks off on August 26th ,2018 at  Thought Pyramid 96, Norman Williams, Ikoyi, Lagos and ends with a grand performance at the Kongi’s Harvest Hall at Freedom Park,Lagos Island on December 16th.

Tickets would be sold at all venues. For more information on Sponsorship you can call 0902915868

ASIRI Magazine is a Media Partner and Supporter of the WAWOMI Tour.

Society for Book and Magazine Editors of Nigeria set...