Lagos as a Mega City: The Early Years

When Lady Glover wrote about her husband, John Hawley Glover, and their time and his influence in Lagos, she referred to the emerging city as the ‘Liverpool of West Africa.’ This was in 1895, at the height of its success as an independent economy and legal entity.

Governor Gilbert Thomas Carter, appointed the Governor and Commander in Chief of Lagos Colony on the 3rd of February, 1891, has the distinction of being one of the longest serving and surviving names ascribed to iconic infrastructure in Lagos. The popular ‘Carter Bridge’ has been through three incarnations, each keeping faith with the original concept of a crossing from the old Iddo headland and Glover settlements to the western part of Lagos Island. Carter was a naval officer who joined the British colonial service. He worked as a customs collector and private secretary, taking postings that included Gambia and Gold Coast.

The Carter Bridge was built in 1901 by the government of the Crown Colony of Lagos from the revenue and income of the colony as a connection between the growing low to middle income black government and clerical workers residing at the mainland around the ‘Glover settlement’ also known as Ebute Metta and the European quarters that also housed the government and commercial buildings. 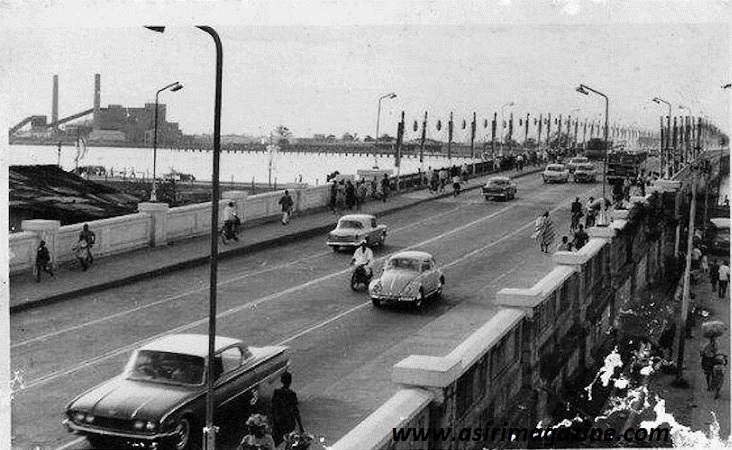 Carter Bridge in its early years

Governor Carter had started the bridge five years before its final opening. It was undoubtedly the largest engineering endeavour in West Africa at the time. The bridge and the tramway project became interwoven at the end of 1899, the imperative to transport people and wares across the lagoon water remained its major objective. The official and national utility responsible for the service was the Lagos Government Railway (LGR).

Tracing the Path of the Lagos Trams The original line and transport journey commenced at the government quarters, the chief secretary’s residence and travelled eastward bound from Okokomaiko along the golf course boundary and astride the Cowrie Creek towards what was to become Macgregor Canal heading now north west to the next stop, Strachan Street – a salute to Dr W Strachan, the colony’s Chief Medical Officer who extraordinarily was appointed at a time when the official policy of the colony was that whites should not serve under black Africans such as Strachan. 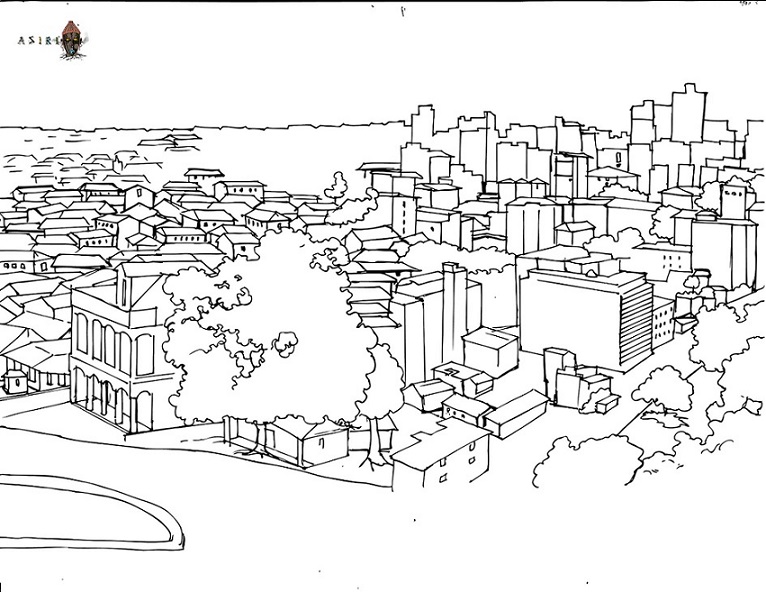 Lagos as a Mega City: The Early Years

Returning to the journey westbound and parallel to Lewis Street with the Oke Suna Cemetery in immediate view, heading past Cow Lane, the tram of only five carriages would head to the next stop, Glover Street – named after the well-known Governor of that name. Governor Captain (later Sir) John Hawley Glover was born in 1829 and died in 1885, prior to which he left an indelible mark on the history of the country Lagos. The tram proceeds past Oke Popo or Popo Aguda known already at this time as the residence of the Imaro or Emancipados and returning freed Brazilian slaves.Then the tram would arrive at the next stop, Faji Market named after one Fajimola, the only female among the Abagbon chiefs of Lagos. Ereko Market, Balogun Market, Post Office Bank and Public Works Department completed the circular loop for the service, allowing passengers to hop on and off as the tram crossed Broad Street and Balogun Street before proceeding down the Marina towards Government House.

Besides the circle route, the first train was said to depart Iddo for Lagos Island so early in the morning in order to connect with the Ibadan service that it would pass Christ Church at half-past six in the morning on its return journey to the Marina.

The Link between Culture and Development The tram service was very popular. The foundation having been laid by the Colony of Lagos it was to continue after Lagos was joined with a southern protectorate and later into Nigeria until 1933. The recorded services of the tram are heart-warming. One familiar figure often seen in the tramcar riding to and fro obviously just for pleasure was described as ‘a big man with a stick’, who was actually the worthy and very impressive owner of Manchester House (now part of the Marina end of Kingsway stores) Zaccheus Archibald Williams, grandfather of Chief Rotimi Williams, present Minister of justice and Local Government in the Western Region. There were other popular figures like R. Z. Bailey known as ‘Dr Bailey’ of Balogun Street who delighted in taking groups of young children for joyrides. They acclaimed him ‘Dokita’ and he always paid their fares, also I.W Cole called Kolu Bamba (Big Man Cole) on account of his affluence and Alfred Williams commonly addressed as Daddy Elefo because he tended a garden containing cabbages of English and African varieties. He was the proprietor of the first hotel in Lagos in Porto Novo Street, a very popular resort for European seamen in those days; and finally Mohammed Shitta-Bey who built the well-known Shitta Mosque in Martins Street.

The tram service and its accompanying infrastructure are evidence of the increased importance and viability of the Lagos economy over the turn of the century, a factor that would play no small part in the colony losing its ‘independent’ status to an amalgamation that would affect its outlook forever. This amalgamation with protected territory was not subject to either referendum or consultation with the citizens and meant that the new territory inherited the assets and infrastructure already available in Lagos.

‘Possessed’ by Olasupo Shasore (SAN) can be found on Konga.com and in stores (Lagos: Jazzhole, Glendora, TerraKulture, Patabah and Quintessence; Ibadan and Abeokuta at The Booksellers Bookshop)