It all started as a ‘Mini Festival’ in the year 1996 headlined by performers from the Bolshoi Theatre of Moscow for an uptrend of three nights. The organizers- Mrs. Francesca Emanuel, Mr. Louis Mbanefo (SAN), Mr. Akintola Williams etc, all front line professionals coming together out of their avowed passionate for the expressionist arts, put together the first edition of the fiesta- MUSON FESTIVAL OF ARTS. This was done in fostering the widespread of the classical music in particular, and the arts in general. 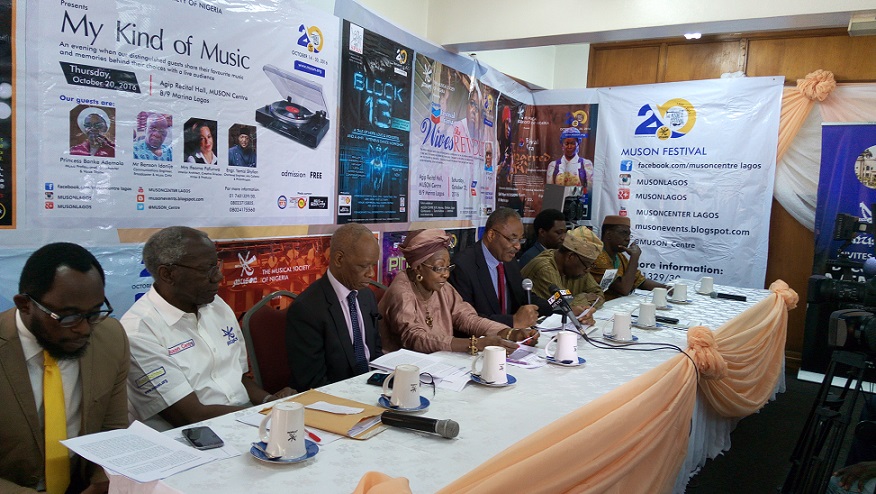 MUSON Festival,Board of Directors and Trustee’s

The noble initiative has since been embraced by the general public, this appreciable stance, therefore is a motivation for the bigger spectacle of the ceremony on 24th February 1997, a year after later. Having maintained the same momentum has continually soared higher in terms of qualitative planning and arrays of events arranged for each of the editions. Growing through leaps and bounds, the entrance of the new millennium i.e 2000s witnessed favourable and sustained patronage from Oil giants, Chevron and Total , the duo supporting the Drama and Dance segments of the fiesta. 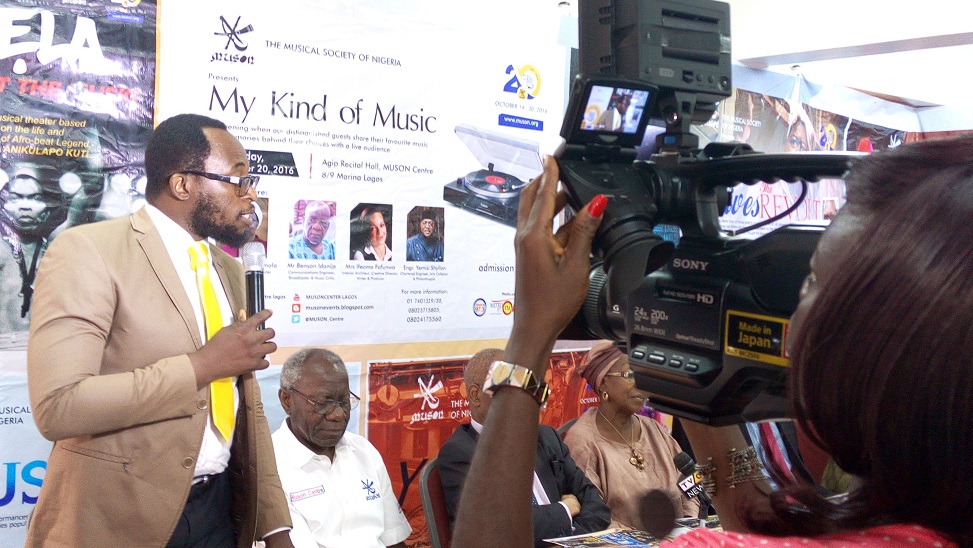 In the words of the first Chairman and present Vice-chairman of Muson centre, Mr. Louis Mbanefo (SAN)-

“ From an idea some fourteen years ago of a modest society set up to organize concerts, it has grown into a centre of musical excellence, a rallying-point for the realization of artistic dreams and a socio-cultural venue’’ in his opening speech during a media parley on the 31st of August 2016 in Lagos. 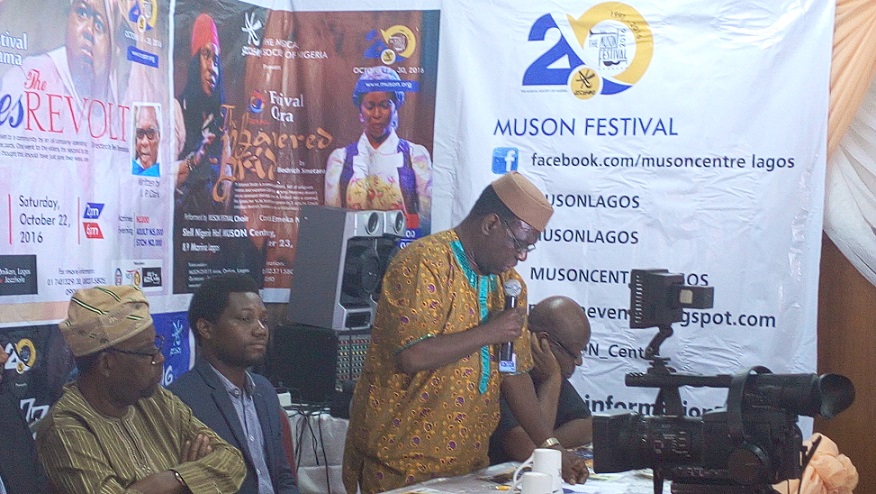 The scope of the Muson Festival of Arts has extended from the initial monotonous orchestral ensemble to a broad spectrum of activities which accommodates Drama, Poetry,Visual Arts Exhibition, youths talent competition, workshops and interactions, indigenous music and dance in which this year’s edition is no exception. 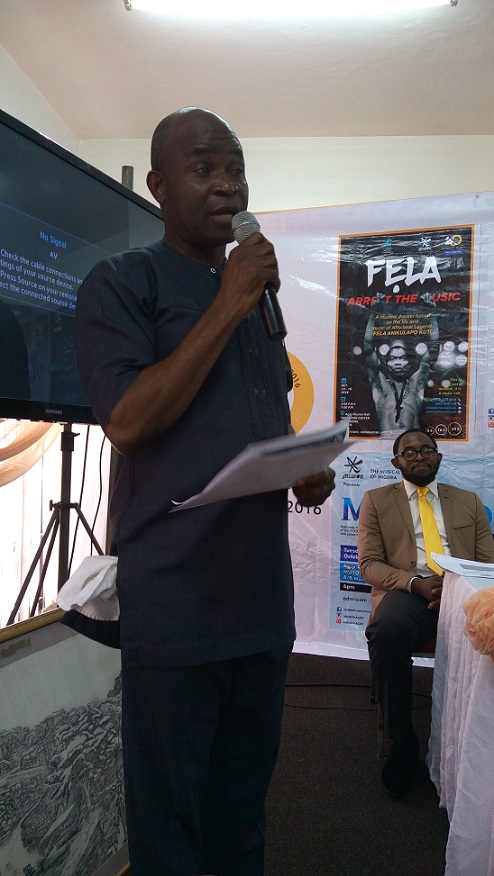 Jahman Anikulapo,Moderator of the Press Conference 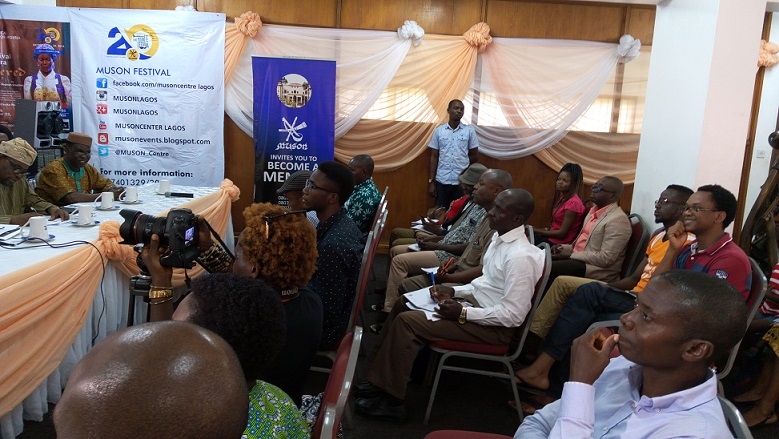 Further decrying the paucity of funds available for Muson Outreach programmes while reacting to a question raised by one of the journalist, Mr. Mbanefo affirms the resolve of the management to maintain a non-governmental participation. He, however advocated for the involvement of wealthy Nigerians to shift their gaze in the direction of the promoting the arts. 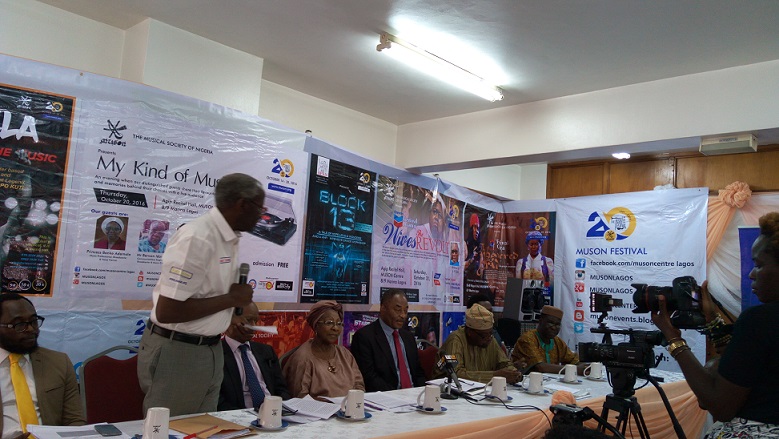 The 2oth edition of the Muson Festival of the Arts will run for an uptrend of 16 days at the Muson Centre,Onikan Lagos.By way of incorporating all genre of arts in a single festival, it serves as more than just a festival but a gateway to better opportunities for artists and in no small measure will contribute amply to the Gross domestic product of the economy on the long run.