To many it was a delightful surprise when it was announced that foremost literary giant, Ngugi wa Thiongo, will headline the 2016 Ake Arts and Book Festival. Books like Weep Not Child, have been a staple of secondary school education that for many attendees at Ake, it was a rare privilege to meet the author at the festival.

This was especially for  Molara Wood, author of Indigo, who  moderated a book session with Ngugi wa Thiongo and Kunle Ajibade. Ngugi and Ajibade shared their prison experiences, and talked about the literature spawned by that imprisonment. 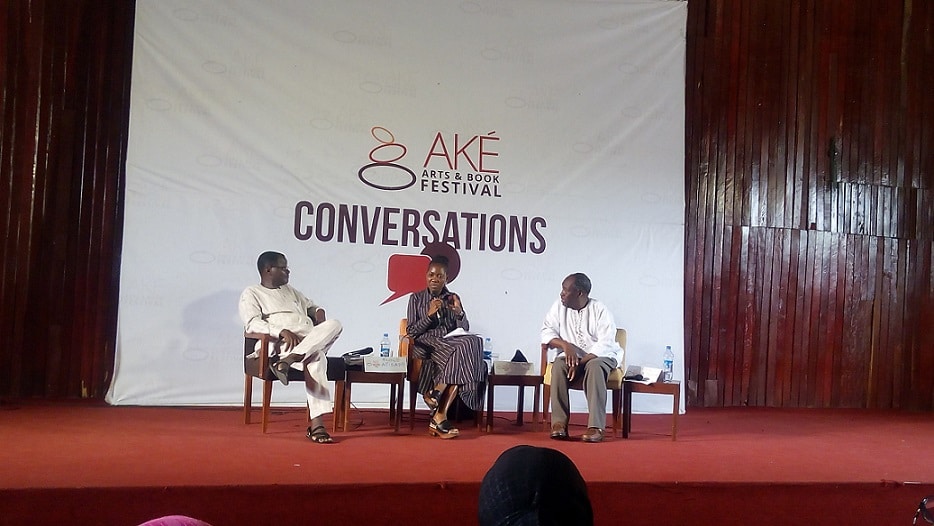 Kunle Ajibade, a Nigerian journalist and executive editor of The NEWS, was jailed for life in 1995 by late Nigerian Head of State, General Sani Abacha. He was released in 1998 when Abacha died. The literature which came out of this experience was a memoir titled, Jailed for Life: A Reporter’s Prison Notes. 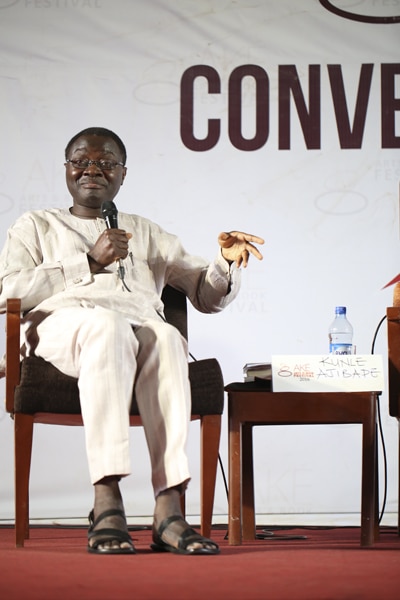 In 1977 Ngugi wa Thiongo was arrested and imprisoned without a charge by the Kenyan government. He was released a year after. However, that experience gave birth to Devil on the Cross, the first novel to be written in his native tongue, Gikuyi. Like Ngugi said, he discovered writing in Gikuyi while in prison by scribbling on a toilet paper. Later, he jokingly told the audience, never go to prison, but if you must, write a novel. 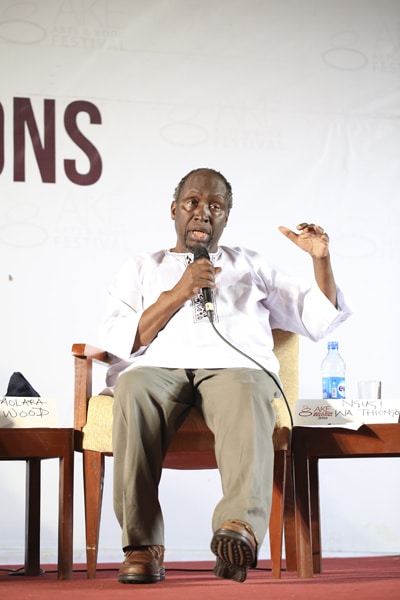 When Kunle Ajibade was asked about how he wrote his famous prison notes, he said he was given two books in prison–the Bible and the Quran, and the Chief Prison Warden who had given them to him added a set of 100 leaves exercise book to it. The warder was oblivious he was writing a memoir because he thought the things he was scribbling on the exercise book were bible notes. That was how he was able to write notes which later became the memoir.

Both authors expressed how literature had helped them keep their sanity in prison, and how they have been able to resist dictatorship with their writings.