The 12th-century time frame of a Nigerian folklore and traditional tales cannot be told without mentioning a brave and selfless woman whose verge to save her people at all cost was her paramount quest in life. Born in Ile-Ife, the ancestral home of the Yoruba land, firmly seated in the southern-west of Nigeria, Moremi is a heroic figure whose story is worth to be told then, now and for centuries to come. 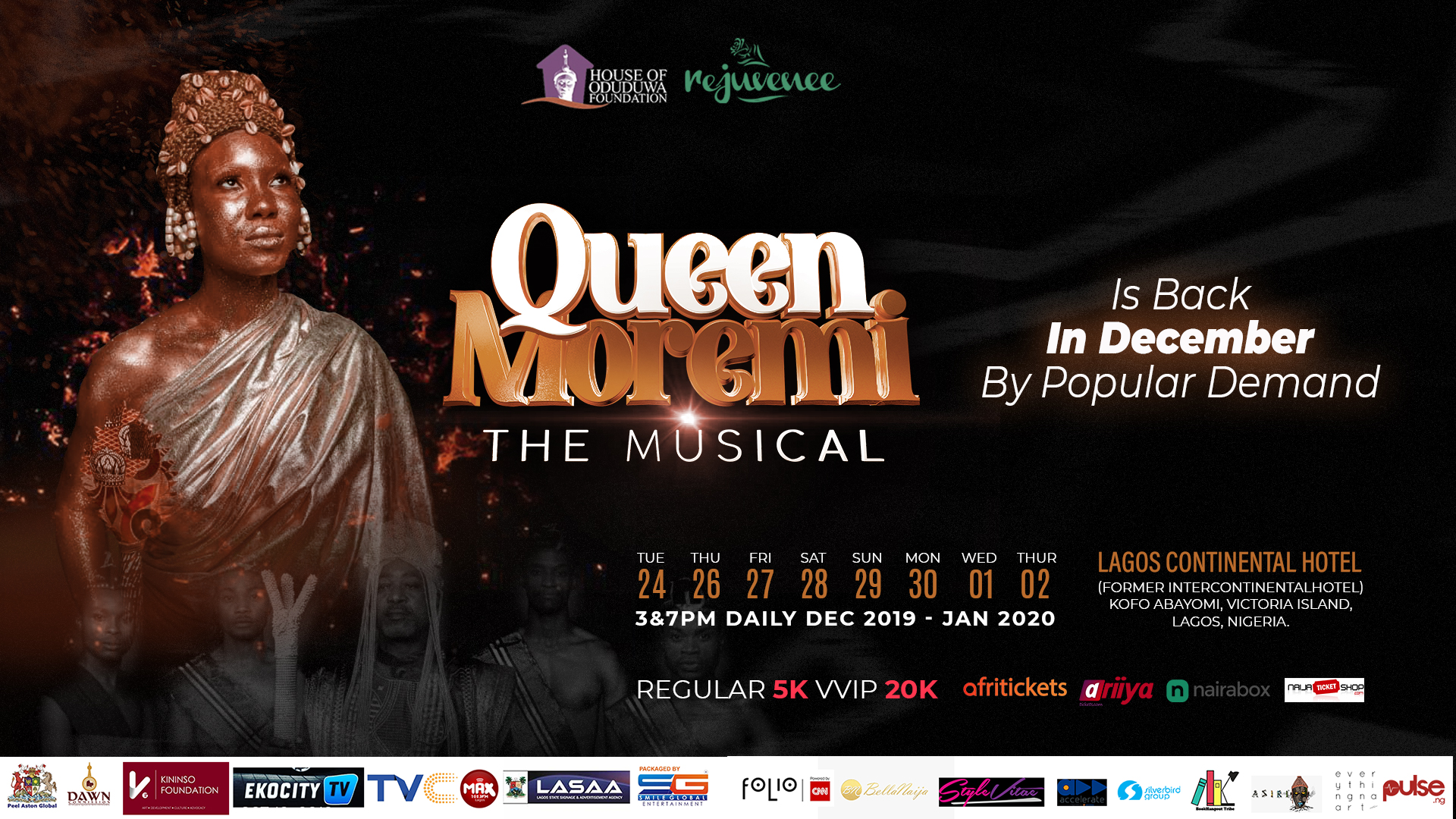 Born to a powerful hunter Lukugga in Ife, Moremi married the then Ooni of Ife (Oranmiyan) making her a queen who eventually offered herself to be captured by the Ugbo (not related to Igbo) tribe who were constant raiders of Ile-Ife. With her wit and beauty she was able to enchant the king of the Ugbo tribe to become his queen to gather all of the information needed before returning to Ile-Ife to strategize, an advantage that led to Ile-Ife’s victory over the Ugbo Tribe – a price that could only be paid by a rare soul.

Worth to be retold in the 21st century, the tale of this brave queen is being re-enacted and witnessed yet again in the modern city of Lagos, a capital and industrial frontier of the Yoruba land. Having being told in a theatrical visualization on stage last December and Easter season, with a richly seasoned cast of notable Nigerian actors like Omotola Jalade Ekeinde, Bimbo Manuel, Tosin Akinyemi, Deyemi Okanlawon, Lala Akindoju, Femi Branch, Kehinde Bankole and a host of others, Moremi is now set to be told and viewed again in a much detailed and historically-inclined perspective – a stage play that promises to be an aesthetic show of theatrical brilliance and musical excellence.

The eagerly anticipated and sold-out play makes a dynamic comeback ready for the December holidays; created by Princess Ronke Ademiluyi for the House of Oduduwa Foundation, founded by His Imperial Majesty, Ooni Of Ife, Oba Adeyeye Ogunwusi, the stage play promotes the Yoruba culture along with its richness and historic ancestral heritage is set to sail again!

It is no doubt that the previous editions showcased an incredible combination of stage performance, orchestra, cultural exhibition and historical consciousness all displayed in a compelling tale of an African heroine, and the December 2019 edition promises to hold a more thrilling, exciting and entertaining display – indeed, the Ile-Ife Queen is set to walk again in Lagos. Featuring prolific and new actors, the musical comeback is here to make an astonishing statement as regards history and stage play excellence.

Celebrating the legacy of a feminine hero, ‘Queen Moremi the Musical’ is scheduled to show at the prestigious Lagos Continental Hotel, Victoria Island, Lagos, from the 24th of December 2019 till the 2nd of January 2020, initiating a platform for everyone interested in familiarizing themselves with the core history of Yoruba, Nigeria, and Africa as a whole to catch it live on stage! 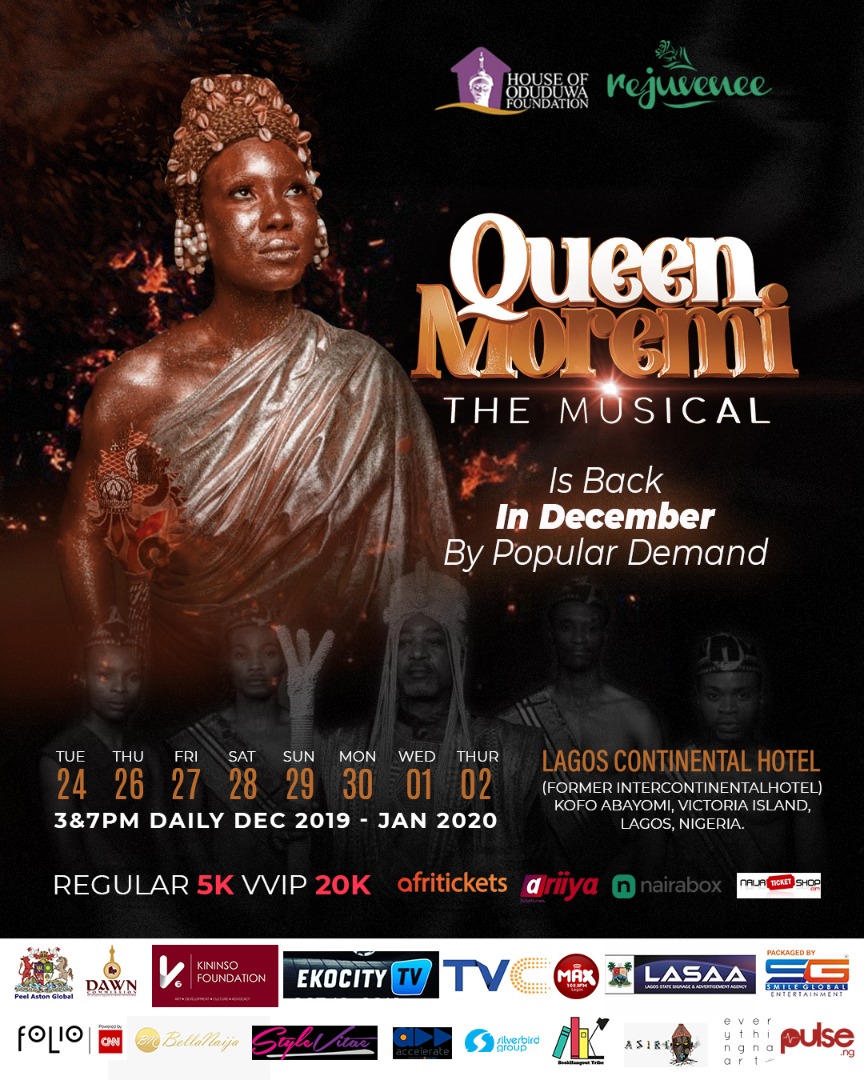 Just as you bask in the euphoria of the festive season, enjoying a great time with family and friends, a trip to see Queen Moremi the Musical – a historic story of a brave woman who risked it all for the future of the ancestral home of Yoruba land; Ile-Ife is a must-watch!

Tickets for the legendary Queen Moremi the Musical are on now available online:www.afritickets.com/event?id=5021.

For more information about the musical, please visit www.qmainternational.com