“Our obsession with the Nobel Prize diminishes us’’ – Okey Ndibe

At a book chat session on Saturday, 19 November, the writer Okey Ndibe said, ‘Our obsession with the Nobel Prize (for literature) diminishes us (Africans)’’. 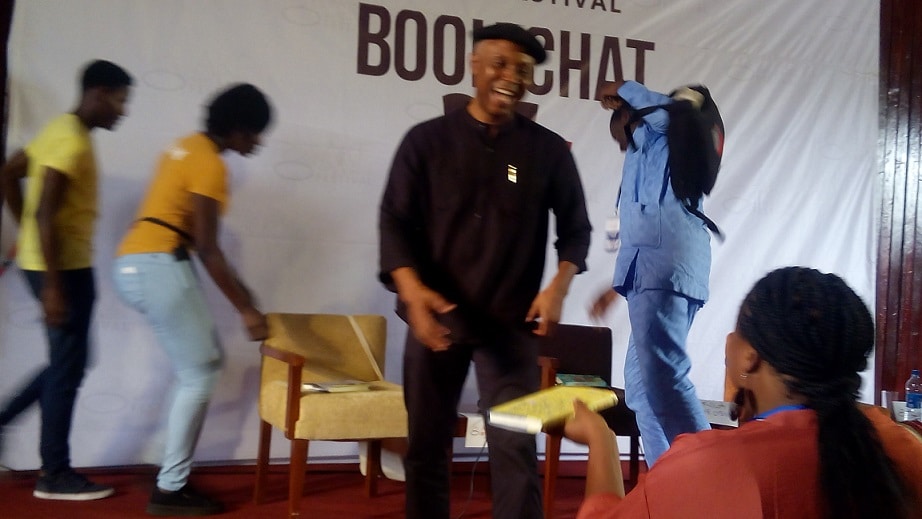 The book session had Kola Tubosun as the moderator, and Congolese novelist, Alain Mabanckou, as the other member of the panel. Both guest writers talked about how they explored the theme of travel in their recent memoirs.

Okey Ndibe read from his latest memoir,Never Look an American in the Eyes.  It was a very poignant reading, which narrated how he came to be arrested for bank robbery, within only two weeks of his arrival, the first time he travelled to the United States. 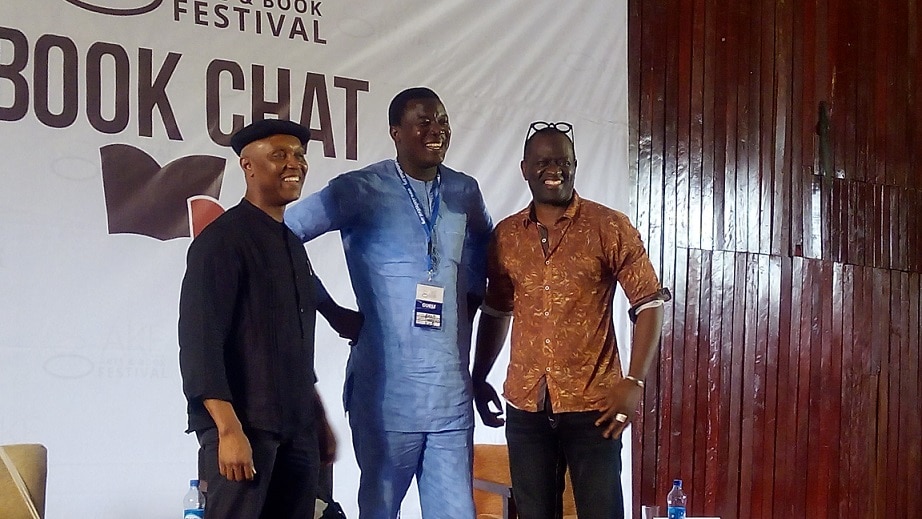 Alain Mabanckou’s book chronicled the period he went back to his native Congo when his mum died, after being away from the country for twenty-three years.

The socio-political commentary and interventions by both writers have led to run-ins with the law in their respective countries. Okey Ndibe’s political writings earned him an inclusion in a DSS list of enemies of Nigeria state. In 2011, he was detained briefly by the DSS. Alain Mabanckou, on the other hand, has been declared a persona non grata in his country, Congo, because of his political writings. ‘I’ve a kind of fatwa on me’’, he said.

When it was thrown open to members of the audience to ask questions, someone in the audience who had heard Okey Ndibe talk about Chinua Achebe’s kindness and generosity to him, described Prof. Ndibe as an ‘Achebe man’, and asked if he could care to comment on Achebe not winning the Noble Prize for literature.

Okey Ndibe prefaced his response by saying, ‘Yes, am an Achebe man, a Soyinka man, and an Ngugi man’, that the supposed animosity or binary of Chinua Achebe and Prof. Wole Soyinka is false. Both authors had tremendous respect for each other and that he has and benefited immensely from both of them.

Achebe not having received the Nobel laurel prize for literature does not in any way reduce his genius or the impact of his contribution to humanity. Same, he said, goes for Ngugi wa Thiong’o.

Events, News, Trending “Our obsession with the Nobel Prize diminishes us’’ – Okey Ndibe