Ooni Expresses shock over the death of Professor Babatunde Osotimehin

The Ooni of Ife, His Imperial Majesty, Ooni Adeyeye Enitan Ogunwusi, Ojaja II on Tuesday expressed shock over the death of the Executive Director of United Nation Population Fund (UNFPA) and former Nigeria’s Minister of Health, Dr. Babatunde Osotiomehin describing him as one of the greatest human assets owned by the Continent of Africa in the recent times. 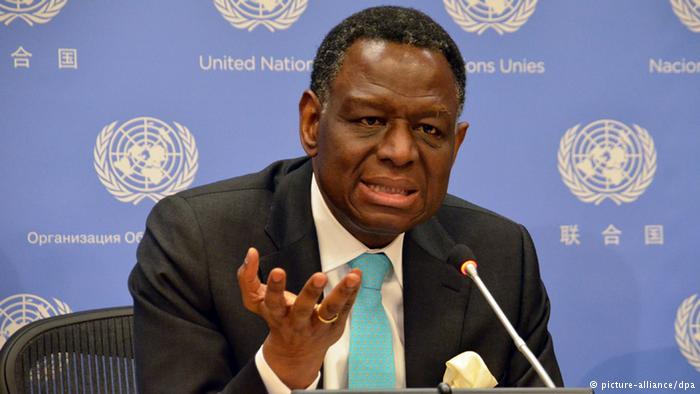 Ooni Ogunwusi in a statement by his Director of Media and Public Affairs, Comrade Moses Olafare recalled the warm reception given him and other Yoruba’s notable traditional rulers a year ago at the UN Building office of the UNFPA’s boss in New York where he pledged to support the Ooni’s agenda for the Youth Development, Women Empowerment and mobilize the United Nations assistance towards putting an end to maternal mortality in Africa. “the entire Royal Court of Ife was thrown into a rude shock with probably the most shocking news in the last one year when the news came to us about the death of this great African who had served as the Executuive Director of UNFPA”. 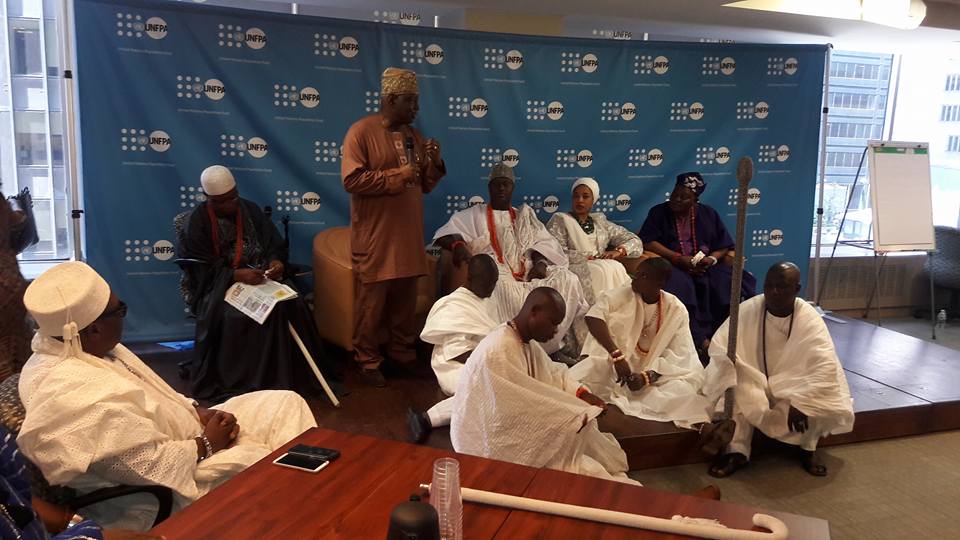 “Professor Osotimehin played host to His Majesty and his team on Monday 13th June, 2016 at his United Nation Population Building office in New York where he expressly accepted the king’s request for his support and that of the United Nations to put an end to maternal mortality death “The palace recalls very vividly how Kabiyesi Ooni, his wife and other Yoruba top monarchs like Ajero of Ijero – Ekiti, Timi of Ede, Orangun of Ila, Olufon of Ifon, Alayemore of Ido – Osun, Elerinmo of Erinmo – Ijesa, Onigbaye of Igbaye, Alaagba of Aagba, and others were hosted at the United Nations building in New York and what transpired therein.“ Ooni said.

The statement which reads in parts also says “The African Topmost Monarch told the UNFPA Boss during the visit that he had visited him as one of his important subjects being a descendant of Oduduwa who was making the race, Nigeria and Africa proud as the head of such a very important arm of the United Nation.

He asked him to support the continent of Africa especially Nigeria in the eradication of maternal mortality rate incessantly facing our women and also solicited his support and that of the United Nations for the Youth Development and Widows empowerment in Africa. “Kabiyesi Oonirisa deeply commiserates with his family, with the members of Oduduwa race worldwide, with our dear country Nigeria, with the continent of Africa, and the entire United Nations system on this sad death which is very shocking, very painful, and untimely especially at this time when Africa and Nigeria need him most.

His death is also painful because the Palace and his office were already packaging some women empowerment programs in addition to what he had started with His Imperial Majesty to put an end to childbirth mortality cases not only in Yorubaland but the entire Africa which had gotten to about 70% maturity stage.“ The Spiritual Leader of Yoruba race assured that Professor Osotimehin will not be forgotten in the history as he will personally immortalize the late great descendant of Oduduwa who was once the Nigeria’s Minister of Health. “We will design a befitting project to immortalize Professor Osotimehin for he had served the world, he had served our continent, he had served our country and he had served our race too remarkably and indelibly to be forgotten.” Ooni said.

Top Creative Authors Set To Converge in Kaduna for...