Review: Ugomma The Girl That Fell in Love Too Quick

Terra Kulture, Lagos—on stage, a wife spurns her husband’s love. But Ezeibe’s love for his wife, Ugomma, is dogged. He kneels, cut down by his wife’s rejection, and utters the play’s most romantic line, ‘‘If anything has changed since the day I set my eyes on you, it is the season.’’ Ugomma is touched; she kneels down too, but begs her husband all the more passionately to forget about her. She loves another; she loves Ochudo, his best friend. 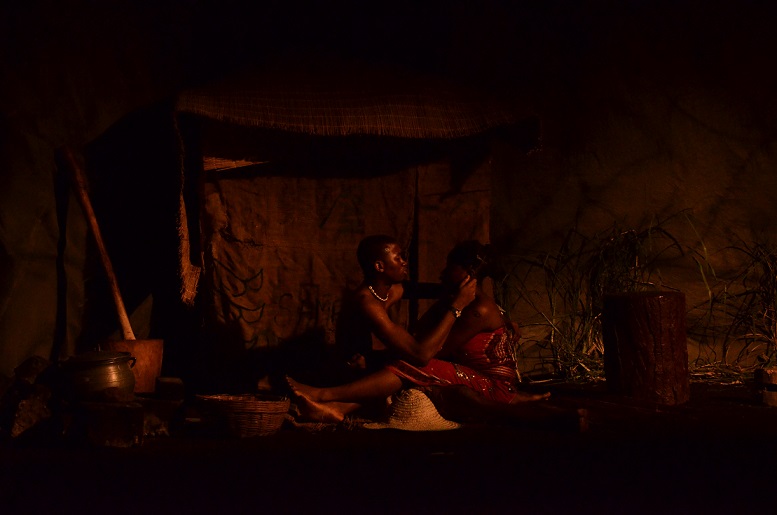 This is odd. Odder still, Ochudo is scandalised by the advances of his best friend’s wife. It is clear, one may conclude, that Ugomma is mad. She was mad, for two years. It took a hunter, Ochudo, singing sonorously to her in a forest to cure her madness. Without his voice, Ugomma reckons, she would not be considered sane enough to be anybody’s wife. So she sets about to win the heart of Ochudo. At first, coquettishly, and then brazenly when he proves stubborn and acts like he is blind to her femininity, her shy smiles, her innuendos. 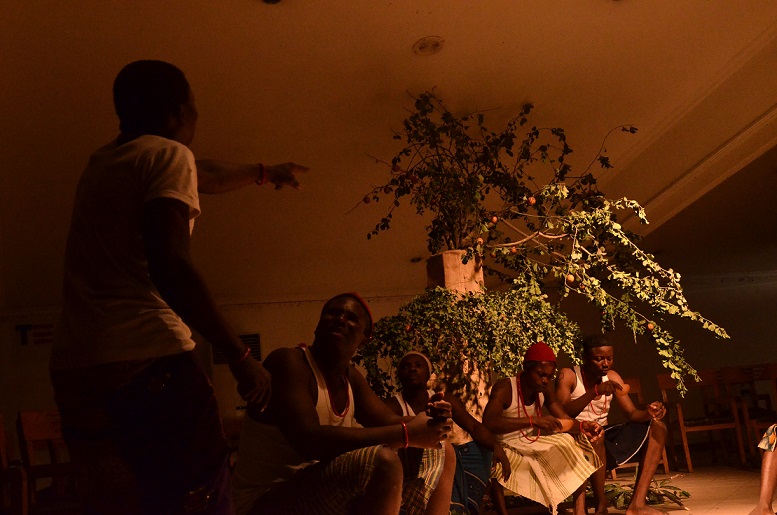 Bodi no be wood, so why is Ochudo’s flesh as strong as the spirit? Isn’t Ugomma attractive? Quite the contrary, ‘‘The story of the beautiful Ugomma has travelled far and wide’’, is Ochudo’s response. Then why doesn’t he love her? ‘‘It matters not if I love you or not’’. This second response by Ochudo hints at something else, hints at the context within which love is inescapably expressed—society, culture, and laws are always present when lovers kiss or cannot kiss. This is why Ochudo is reluctant to become Ugomma’s lover her; it is not because he’d rather be a loyal friend. 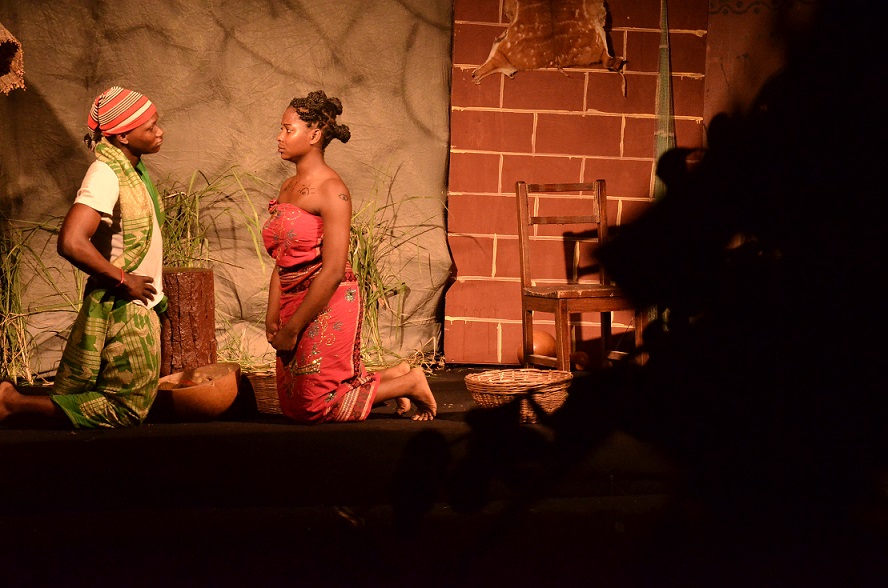 Ochudo is the son of the sea goddess, chosen by her to be Umunze’s Custodian of Peace and Unity. Taking his friend’s wife will constitute a breach, a taboo.

When Ugomma refuses to return to her matrimonial house, poor Ezeibe takes his case to his kinsmen. The deliberations at this meeting, on whether Ochudo is trying to snatch his friend’s wife or not, segues to the problems associated with betrothal system of marriage, the play’s lesser theme. Because of this system Ugomma had been conditioned to marry Ezeibe. Did she even love him? Did the fact that the wedding was never consummated nullify the marriage? Ezeibe’s kinsmen to his consternation seem to think it did. So he chased them away from his compound with a machete. 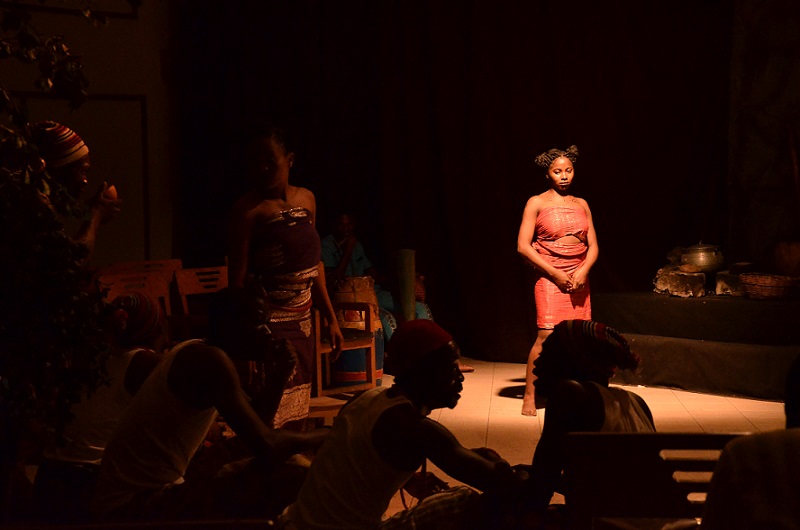 But he has a change of mind, and calls Ochudo to give him his blessings, to persuade him to accept Ugomma’s love. He’d ‘‘wait for his chi’’ to bring his way, a woman who would reciprocate his love. Ezeibe’s sadness is sincere, but we do not trust him. When he offers palm wine to Ochudo to mark their renewed friendship we are afraid he may have poisoned it. When he doesn’t then drink the palm wine with his friend it confirms our fears, and confirms too, director Precious Anyanwu’s attention to detail.

By the morning, an abomination has been committed, Ochudo is dead. Who killed him? The play’s explanation for this murder is hazy at best. However, Ugomma deserves to be seen for several other reasons. Great acting by the cast. Great singing. Near flawless and hilarious rendition of Igbo accents and mannerisms, such that one is even tempted to think all the actors are Igbo, till they introduce themselves, and it becomes clear why they are called Wazobia Theatre House.

Ugomma is currently being performed every Sunday this February at Terra Kulture Lagos. Buy a ticket, you’d have fun.