This is the concluding part of the UrAfrica Lagos to New York Trip. The organization through its Public Art Nigeria project took three kids to New York on an educational cultural exchange program. The second part of the diary series shows what the kids experienced in New York and these are their words; unscripted and unedited :

On our first day in New York, we went to a hotel to lodge and then we had a late dinner that night.

The following day, in the afternoon, we went to our own apartment and it was so much fun because we went grocery shopping. When we came back, we ate rice.

On Sunday morning, which was the 2nd of August, we went to church early and I enjoyed the service because the message was powerful. After church, we went to the parade and while going to see the parade, we took a walk on the Brooklyn bridge. After that, we took the subway back home and we ate rice again. We also did our laundry that night.

The following day was Monday and we went to school. Our first day at school was fun and we met so many new people. Our class took us on a walk to the Washington Square Park. I took a digital video and photography class and I enjoyed the lesson, because Shola was my teacher. We had lunch later on. It was great that Monday.

On Tuesday, my class was better than the one I had on Monday. I got to know my friends better and during the class, we learnt how to use Photo Shop and how to edit photos on the computer.

On Wednesday, we went to Union Square Park. We took photos of objects and then edited it with our partners.

On Thursday, we continued our Photo Shop lessons. We went to Union Square Park again but this time, we went to interview people about Iconic image and we got a great turnout; it was a lot of fun.

Friday was a wonderful day. The wonderful part was the movie editing and creating the sound of the video. We also went to the Moving Images Museum and it was really wonderful. We took the train to the museum and the most wonderful thing about today, August 6th, 2015 is that my dad’s birthday is today. Happy Birthday dad.

On Saturday, we went to the beach,and later  for a  Thunderbolt ride at  Coney Island and the Soaring Eagle, which was so great. We went on to build sand castles and we got back home very late, around 12 midnight. On Sunday morning, we went to church. After church, we went to the house of the person that invited us to church and we had  lunch there. Then we went shopping to buy foodstuff for the house and we cooked rice for dinner then we went to sleep. HAPPY SUNDAY – Okorie Israel 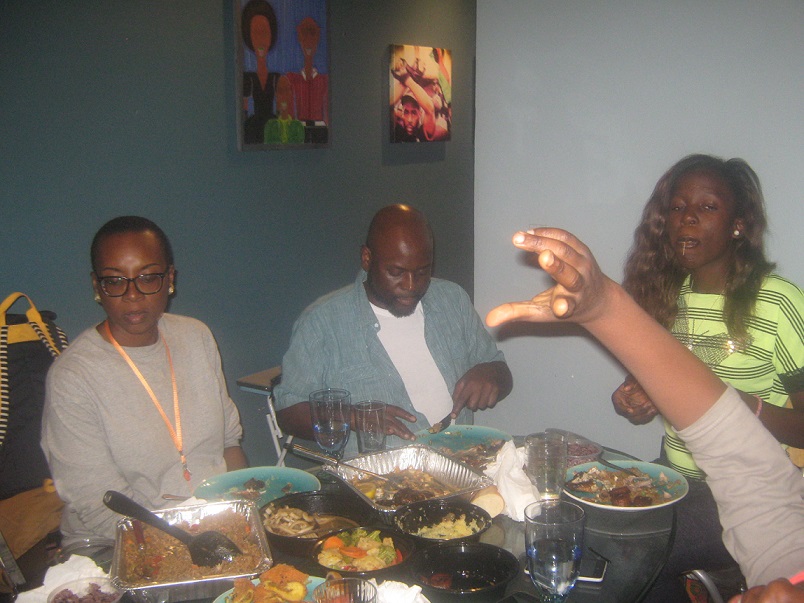 Today I am starting school and I just can’t wait to get there.So far, the school has not been what I expected. I am currently in school and I have made so many new friends. We’re going to our class now. I’ll talk to you later.

Dear diary,Something really bad just happened to me! Our teacher could not come, so we had to join the other class and I really like them. The sad thing is that our teacher is not coming tomorrow. I am currently leaving school and before we got home, I told Aunt Shola that I wanted to get a Slushy which is a mixture of two or more drinks with different flavors.

When we got home, we made hot dogs, then ate rice and chicken. Later on, we did our laundry across the street. I forgot to tell you that I am scared of cats and there are a lot of them on my streets because the old women like them and keep them as pets. The best thing that happened to me today honestly, was doing the laundry and worst thing was finding out our teacher was not coming to school and also, seeing the cats on my street.

Bye diary and wish me a good sleep – Akinsanya Simi 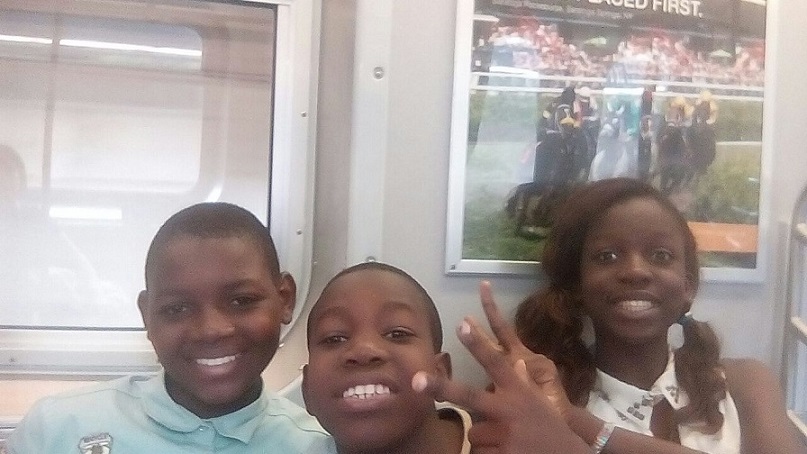 I feel so good because traveling is fun but I didn’t enjoy the food served on the airplane. When I was on the plane to France, I enjoyed the food but while going from London to U.S the food was served was Coconut rice and Chicken. I have never eaten that before and it made me throw up. When I arrived in the U.S, I took a taxi to Brooklyn in New York. That was around 9:32pm due to the time the flight arrived. We spent the night in a hotel called, Comfort Inn and the next day, we moved to our home but before we left, had a visitor we knew named, Mr. Hosea, who gave who gave us 20 dollars. We were happy and he took us out to T-mobile. On our way back, we had hotdogs, which were very delicious and then we took a taxi to our home.

When we dropped off our belongings at home, we went grocery shopping and we bought a lot of foodstuff. The next morning we went shopping again and had fun till we slept.

On Sunday morning, we had to go to church. The name of the church was Abundant Life Christian Center.

We enjoyed the choir ministrations but what I can’t forget is the way the pastor preached, like she was a comedian. We all laughed till the end of service and at the end of the service, we went for a parade.

On our way, we climbed the Brooklyn Bridge and when we got to the parade, I ate the P.S.C. Cafeteria. I had sausage, cabbage, potato with sauce and it was delicious.

After watching the Ghana Friendship Day, we went to the subway station and took a train home. When we arrived at home, we watched some cartoons like Teen titans, Steven Universe and The thunder Men.We ate dinner afterwards and went to bed. 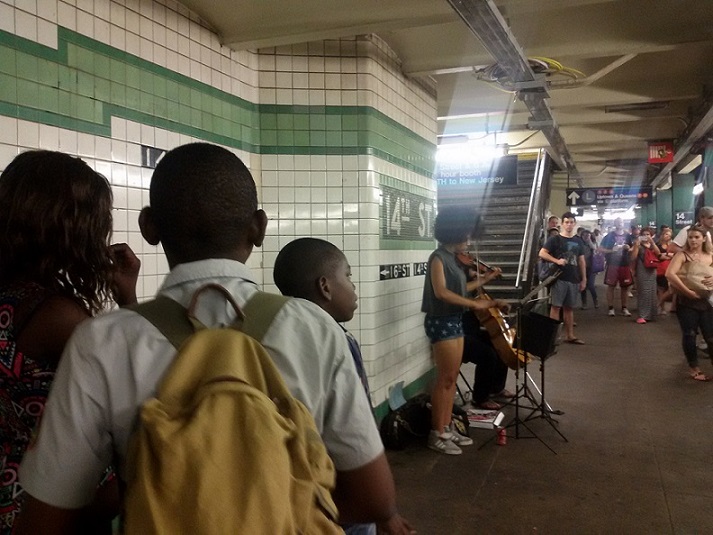 The next day was a Monday, so we woke up at six, ate breakfast, said the Lord’s Prayer and went straight to school.Normally, on the first day of school, there is always an orientation before we go to our classes.

I was in the drawing and painting class which was fun. We had a blind drawing class in which we were to look at our partners and draw without looking at the paper and we also had to look at our hands and draw them without looking at the paper. The drawing class was a lot of fun.The next the day in school was a Tuesday. We were to use Poster Color in our class activity. That day was really horrible because I did not have the poster color so I had to go back to Space Center to get my materials and by the time I got to the class, they had already started dividing their poster color paper. – Adeniyi Adebola