Set in a land, not too far away from you, there once lived a hardworking man, named Okonkwo, who never really had things easy in his early life, but worked his way to recognition.With hard work and perseverance, Okonkwo became a respected man among his people. However, things took an unfortunate turn for Okonkwo; from a hero, he became the spite of Umuofia and was buried like a dog.

What could have led to this turn of fate? 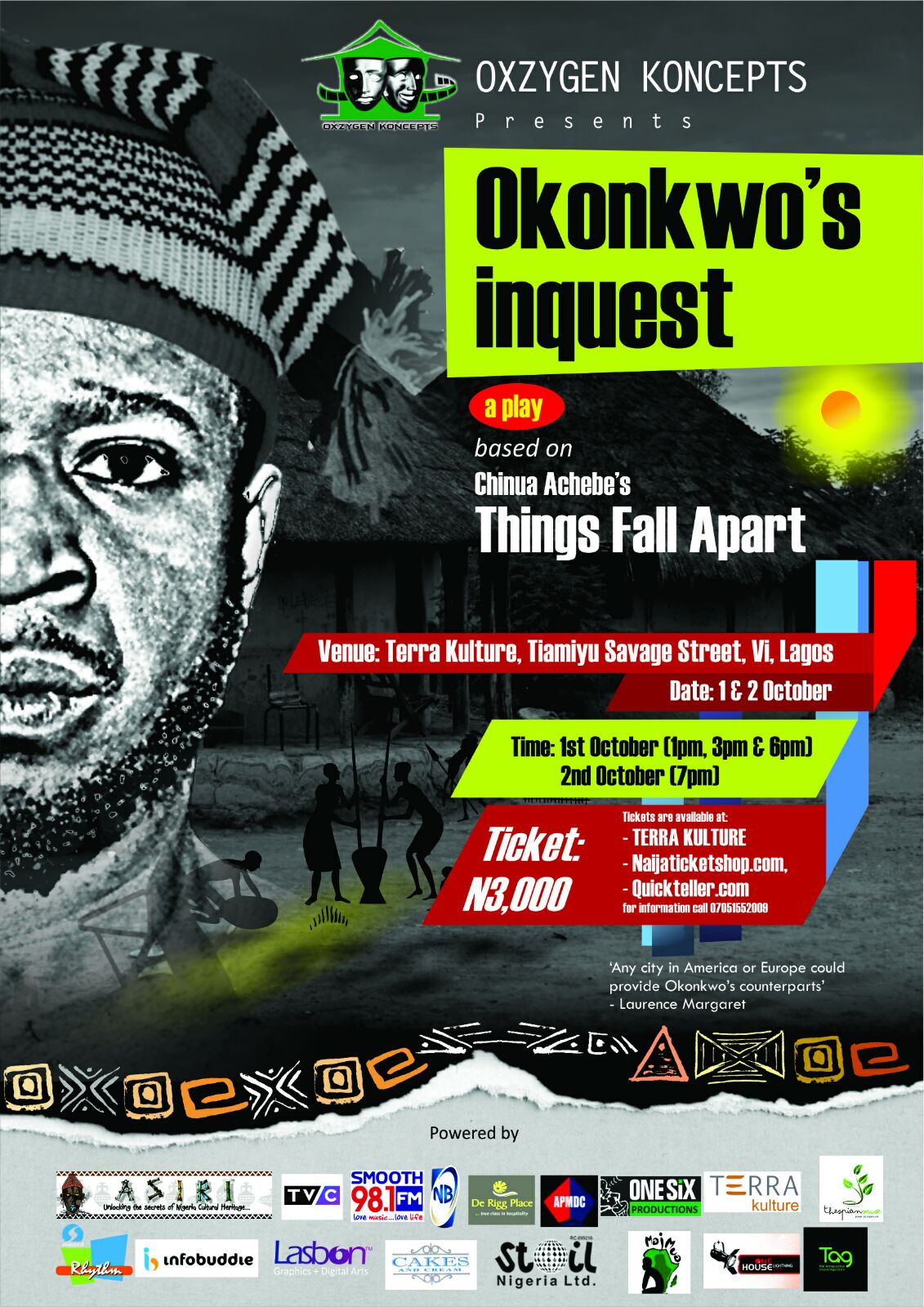 OKONKWO’S INQUEST is a stage play inspired by Chinua Achebe’s classic novel “THINGS FALL APART”. The play intends to rationalize human reactions to strange cultures and dogmas through a post-mortem on the fatal consequences of colonial assumptions of the African traditional structure.

Oxzygen Koncepts is a theatre production company with an artistic difference led by Zara Udofia Ejoh & Toritseju Ejoh. The company seeks to entertain and educate audiences, using theatre as the primary medium of communication.  At Oxzygen Koncepts, their mission is to create new exciting pieces and recreate traditional classic pieces that fit the fast paced times of the 21st century. Their performances are always a new experience for our audience even if it is a performance in our repertoire.

The play will  be premiered at Terra Kulture, Lagos.