#WS80 Diaries. Day 2:The Mystery of Wole Soyinka and the Dance we had in the Forest.

Monday, the 14th day of July and day after the infamous Nobel Laurette’s birthday kicked off with a visit to the governor’s house and a convoy of vehicles later headed to the Professor’s residence in Ijegba where the stage for the drama Dance of the Forests was being set. 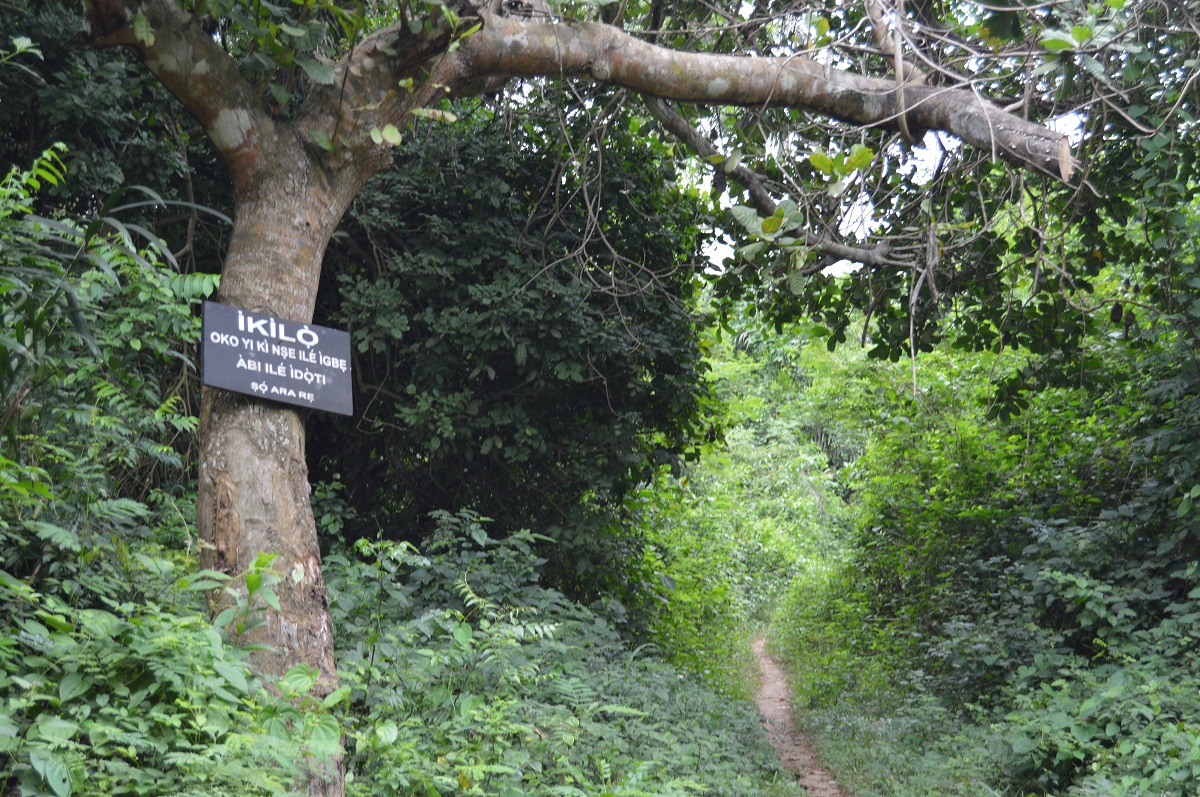 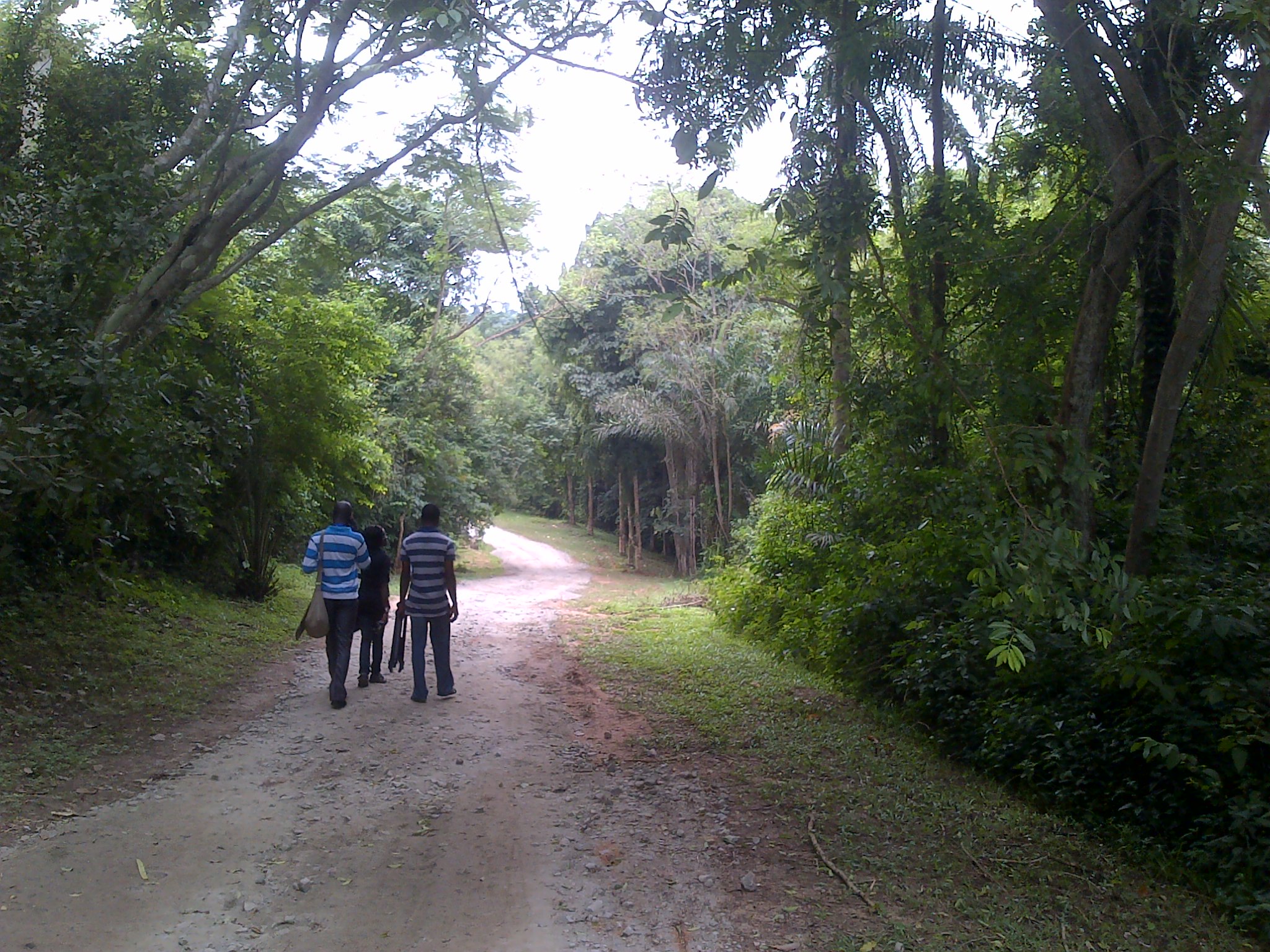 Witty signposts welcomed us into his territory and the enviable serenity of the environment was entrancing. As we trudged along the path that led to the bossom of his abode, the whispers of the trees that surrounded it boasted preservation. 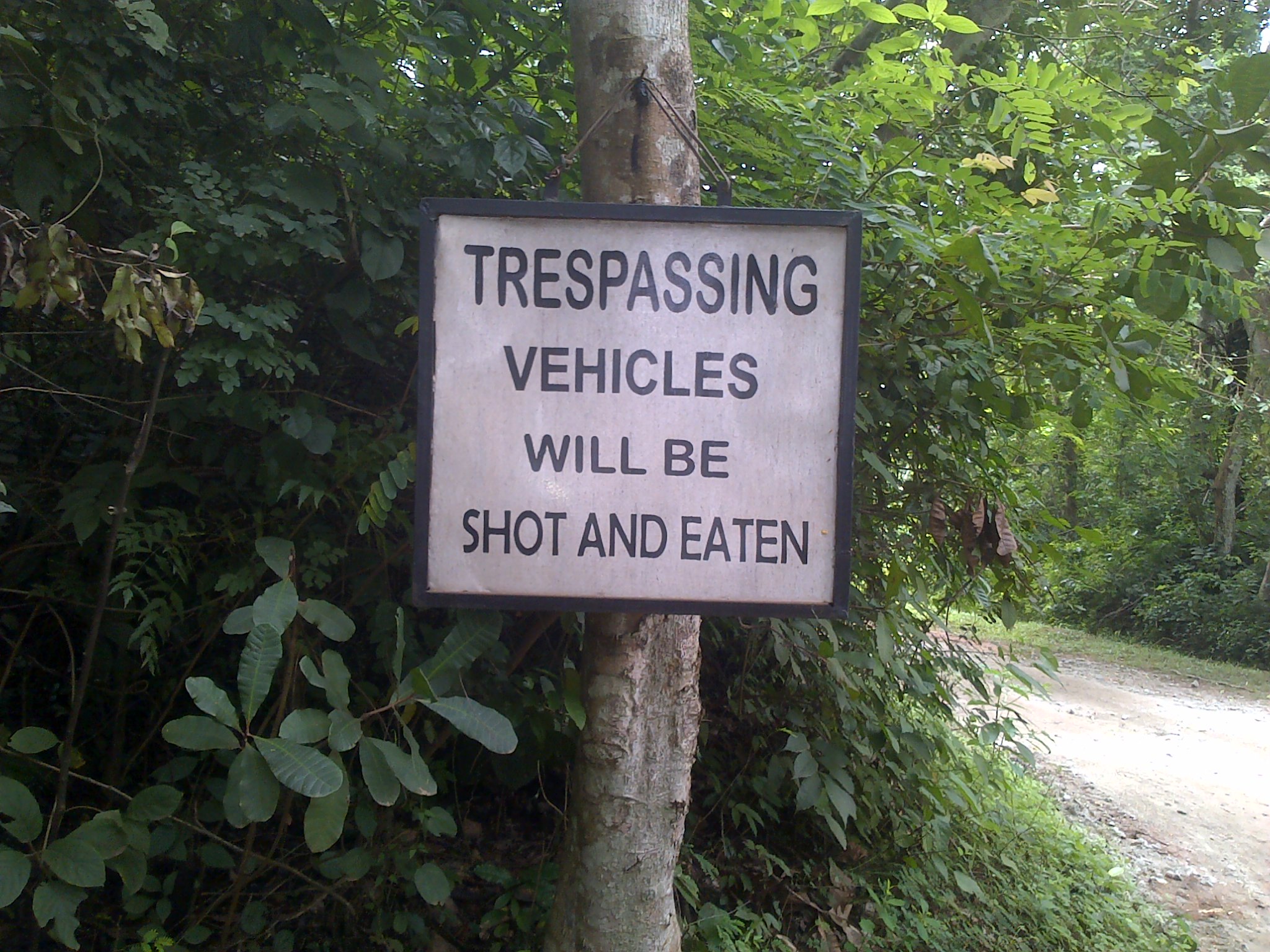 A part of the Ijegba forest which housed the Proffessor’s abode was cleared and a modest amphitheater was built in its center to accommodate the expected audience of the play. 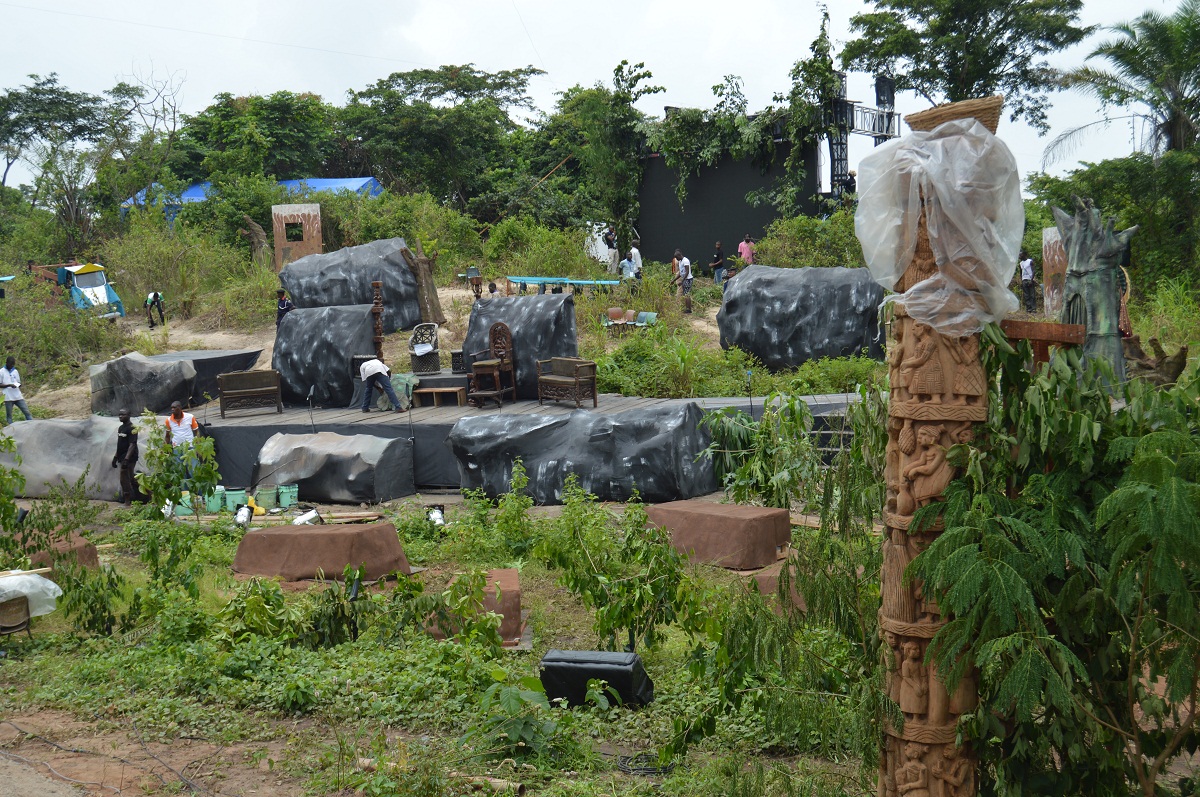 A Stage in the Forest. 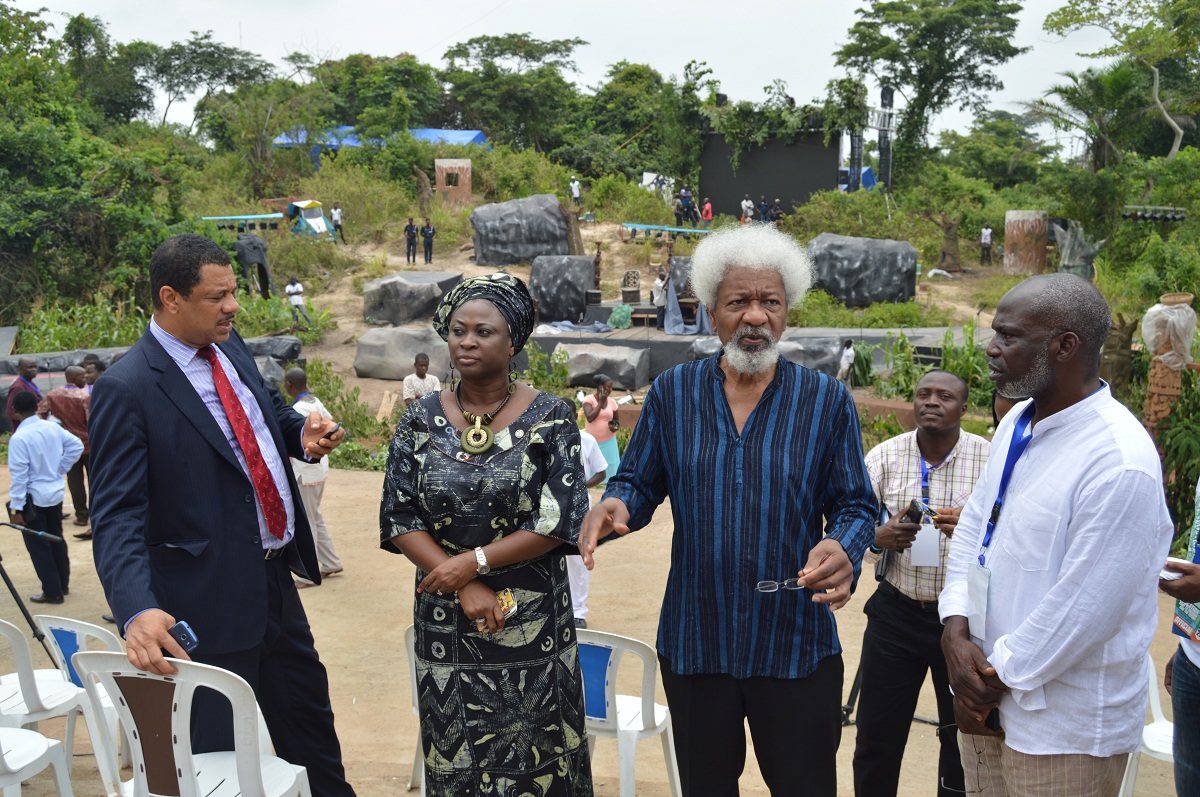 First Son of the Icon,Commissioner of Culture and Tourism Ogun state,”Kongi” and Mr Teju Kareem of Zmirage

At about 2pm, the thespian himself appeared and later granted his visitors an interactive session for about an hour. 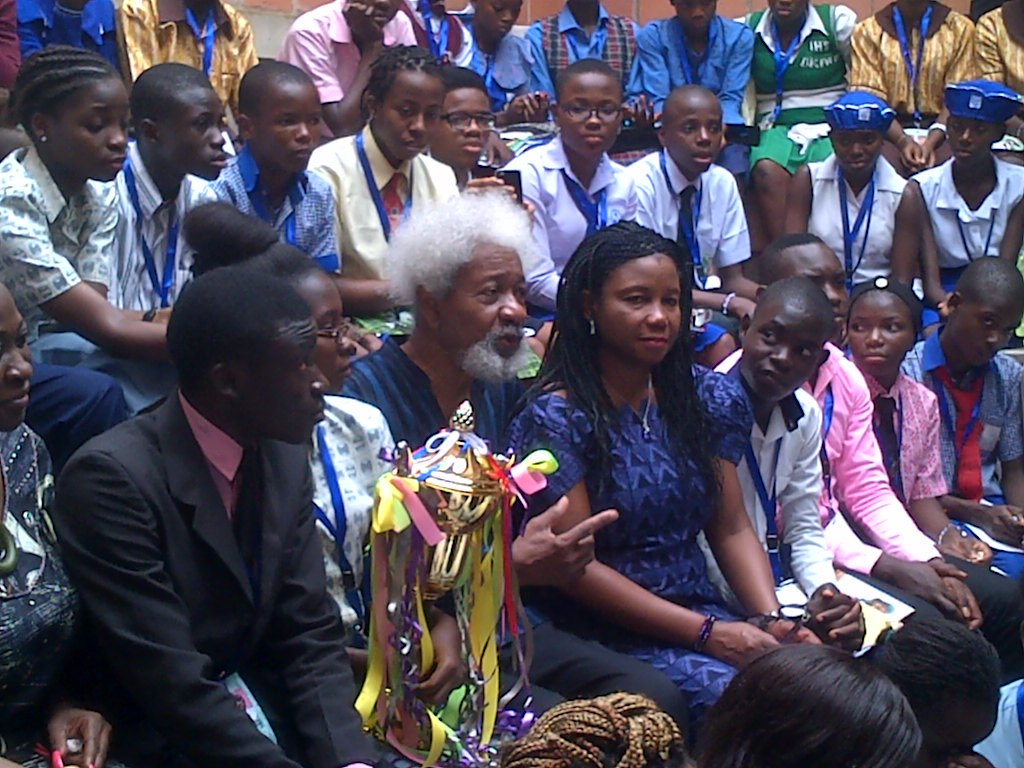 We Finally had our time with the Legend.

Back at the cultural center by 5pm, celebration was still at its peak as the reception was lined with various finger foods peculiar to Ogun state. Aadun, the corn cake made from corn and palm oil, kokoro (corn chips), igbekere (plantain chips) and palm wine flowed from gourds to calabash in abundance and was available to everyone present. 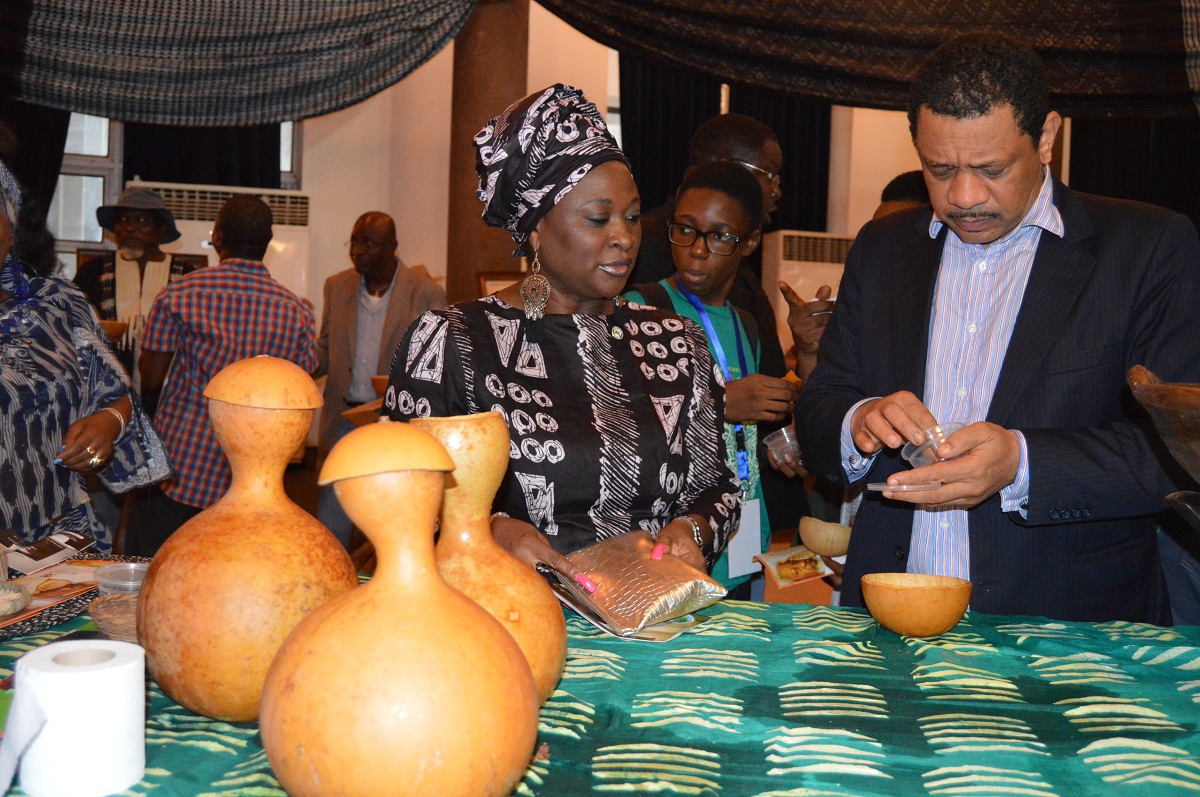 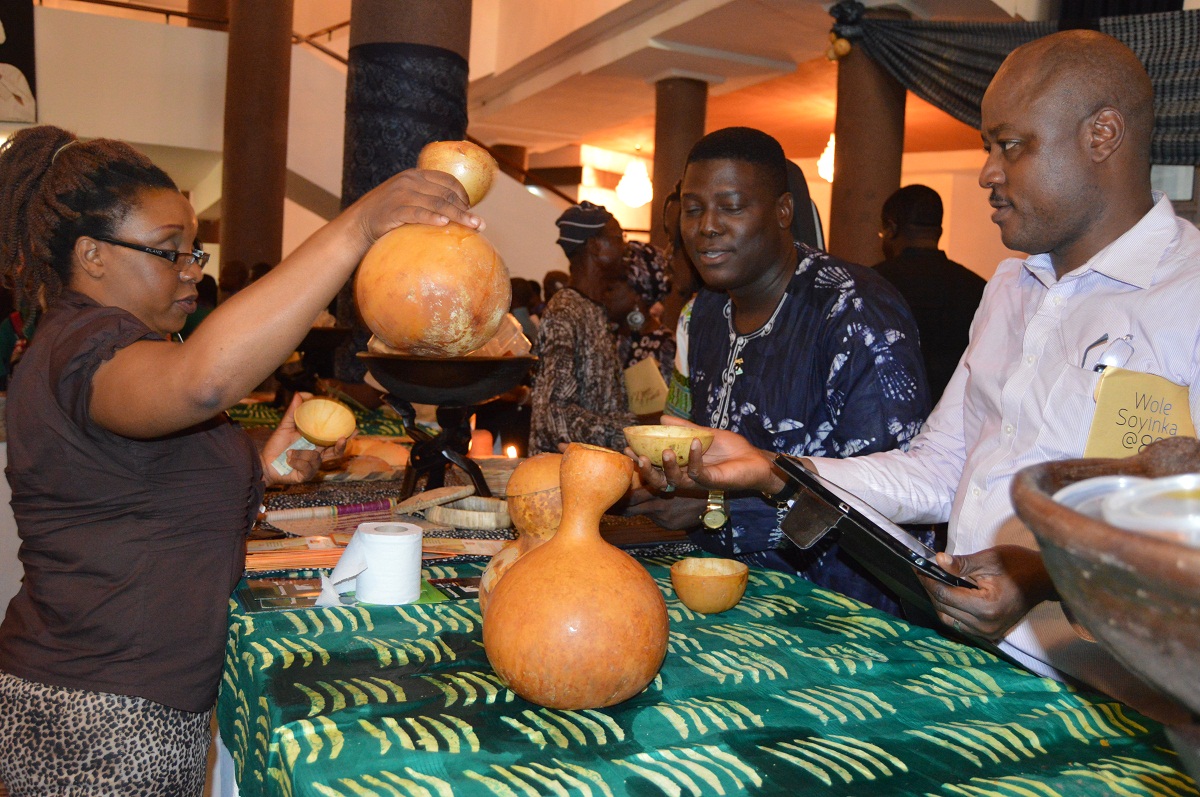 8pm, we approached the Amphi theatre to watch the play but i wasn’t prepared for the sight that welcomed me. A group of barefooted elderly women in white wrapper and shawl popularly known as Shaki, white traditional neck beads were lined up beside oil lamps which illuminated the pathway to the theatre. The warmth of their greetings and prayers in perfectly accented Yoruba language underscored the settings of the environment and i was convinced it was going to be an interesting night. 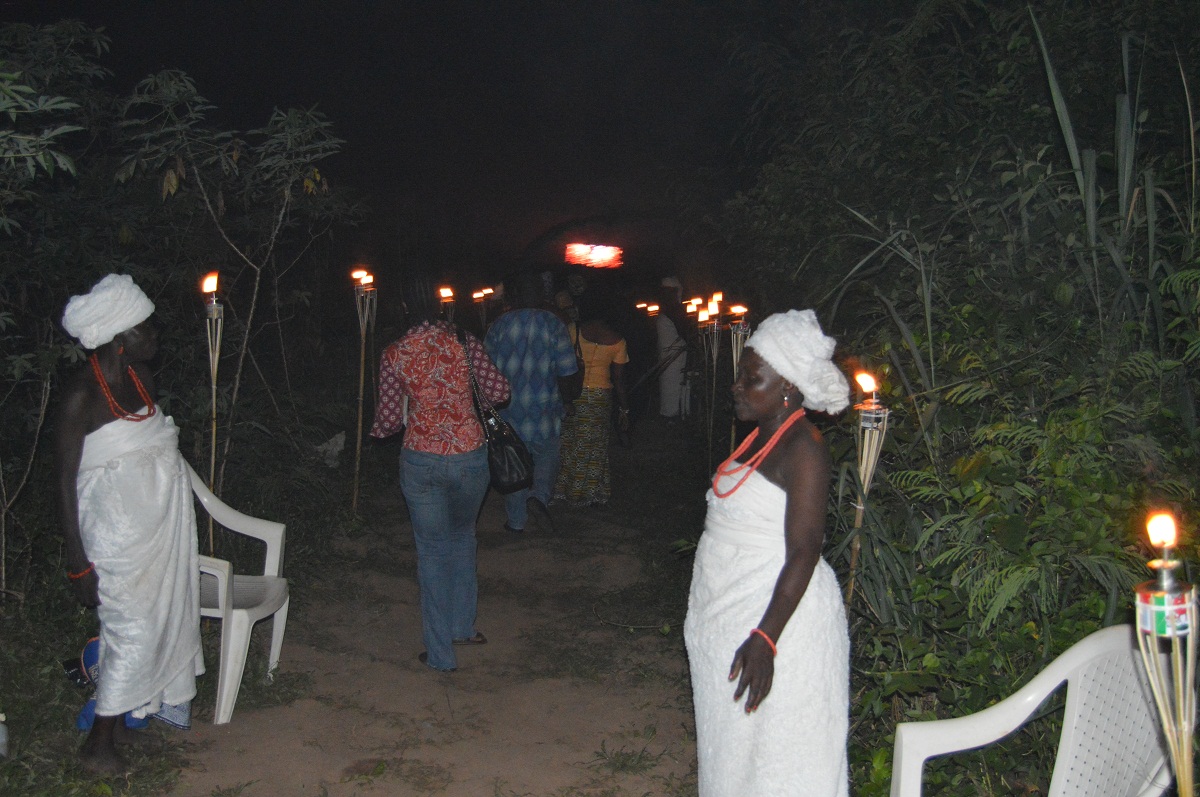 A walk into the mystery of Kongi. 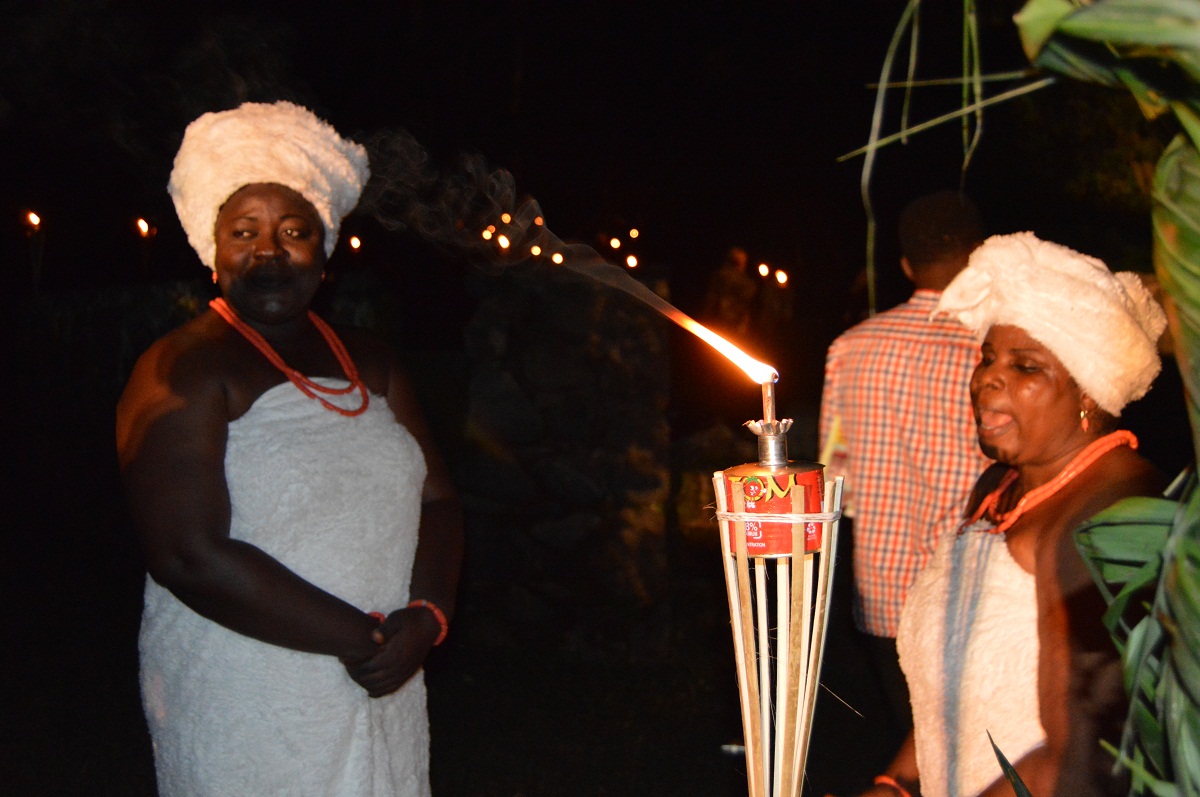 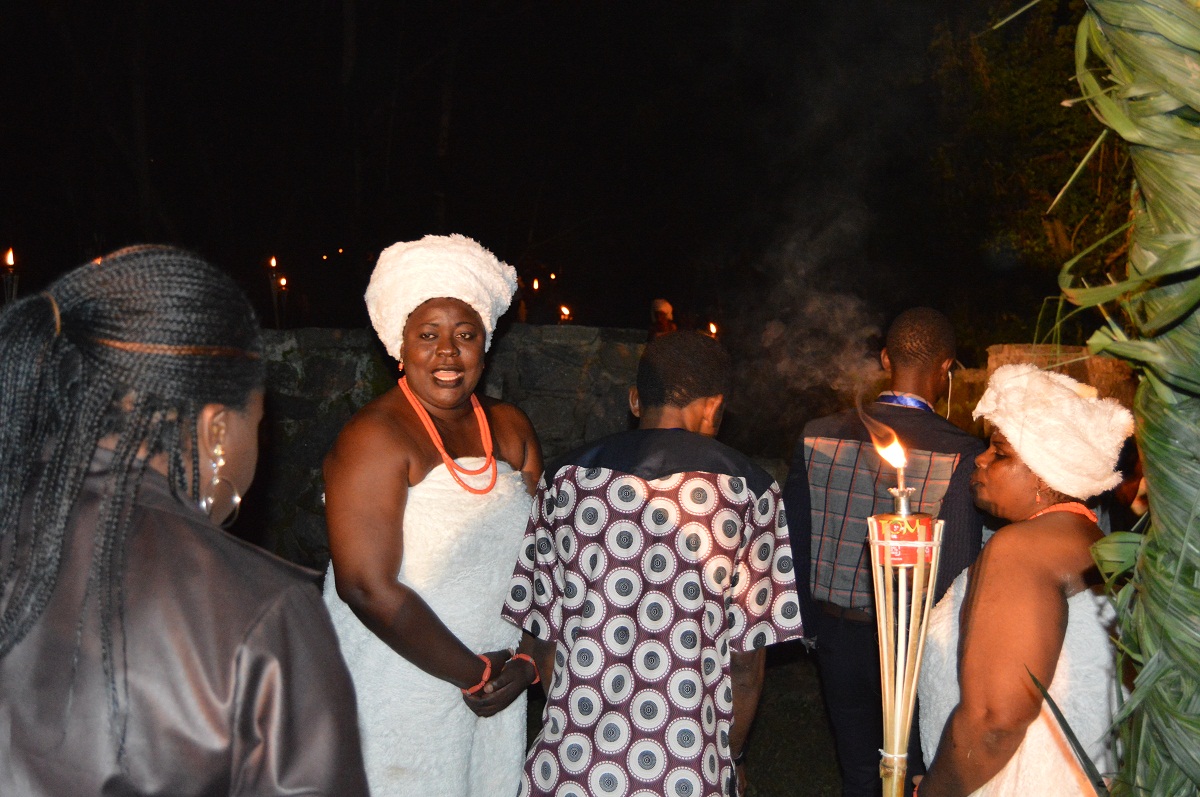 As we walk to witness “Dance of the Forest”

The play fulfilled all its promises as the colourful character costumes and creative settings of the stage were evidence of a carefully put together kaleidoscope of ideas and creativity. Every costume detailed the exact image in which the character was meant to portray. The masquerades in glittery and playful regalia symbolic of its traditional origin, the spirit men and women in raffia wrappers the demons and many others.The stage itself was an emblem of art as it was designed to the last detail to include a realistic background.Characters delivered their lines with professional ease. 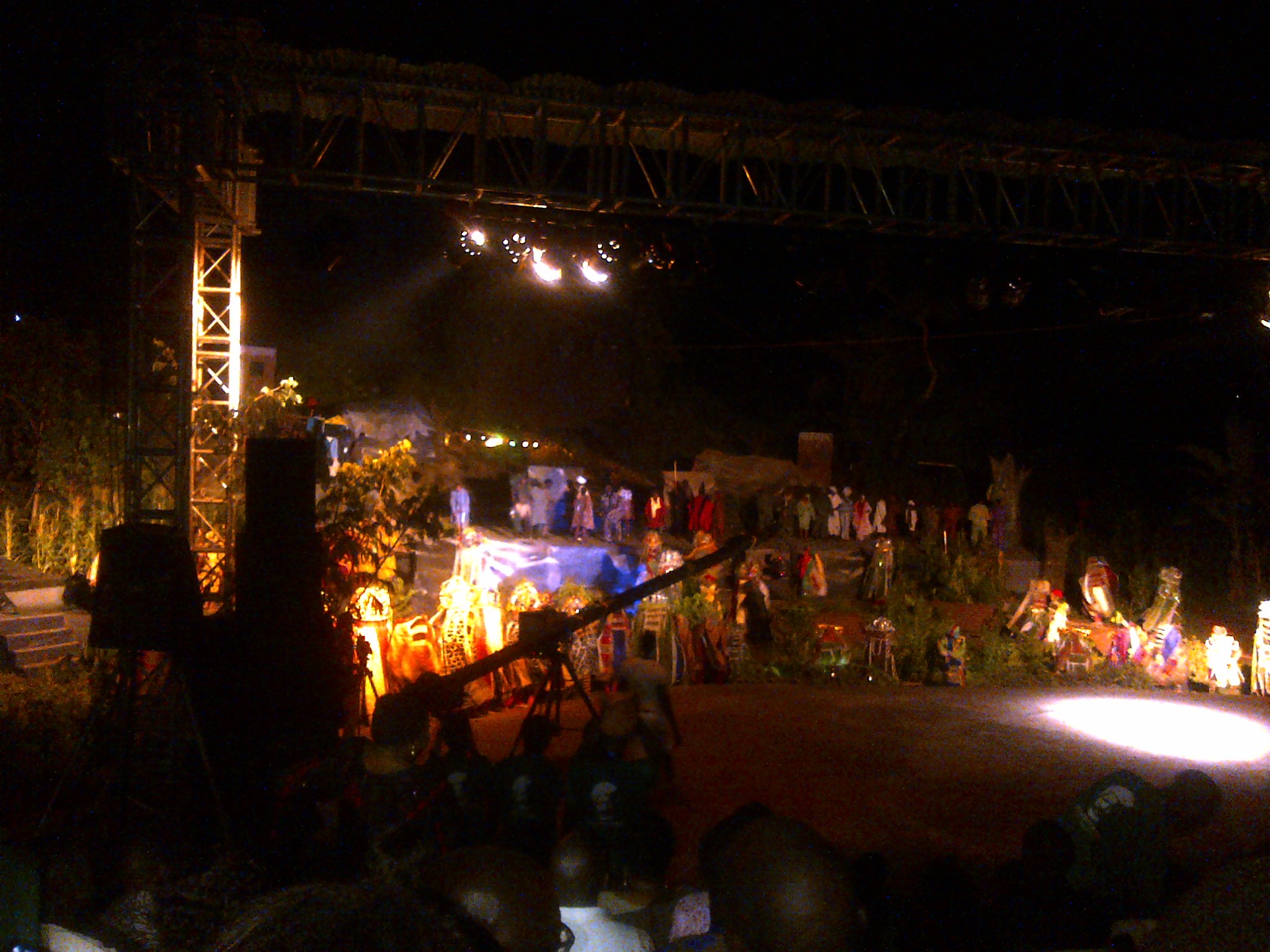 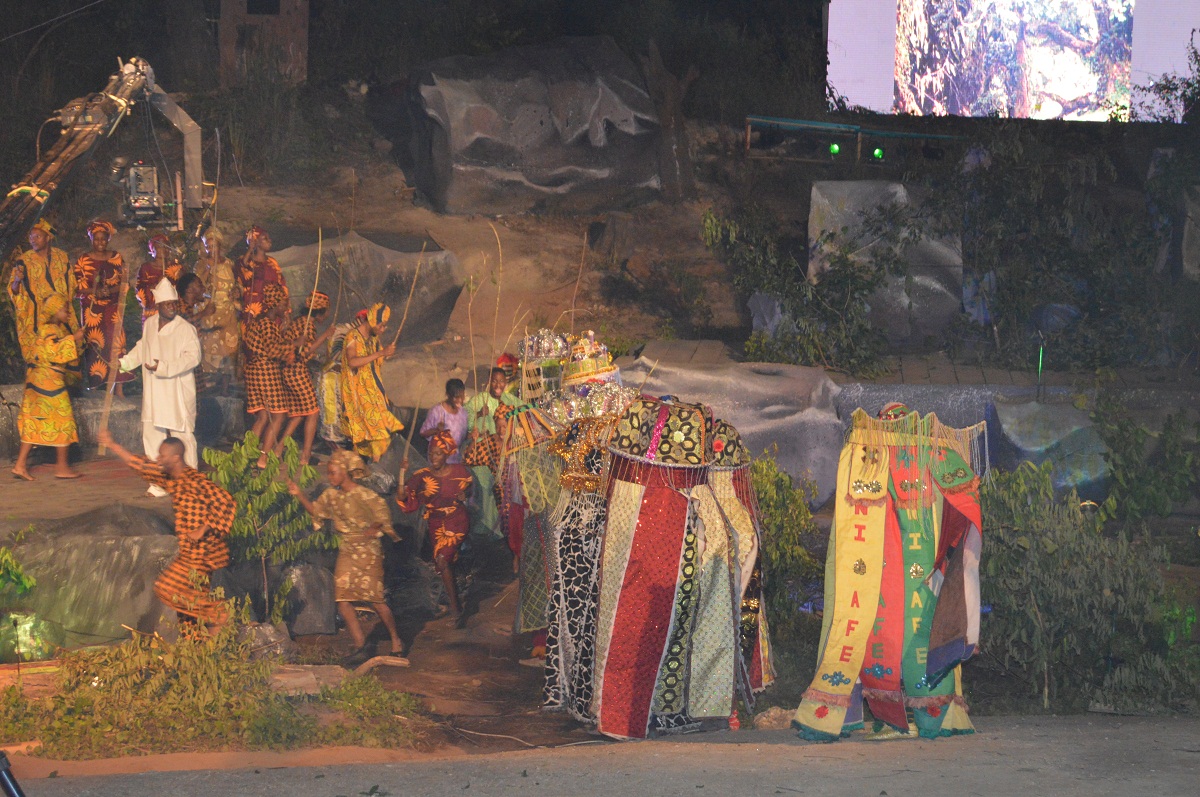 A scene from the Play “Dance of the Forest” 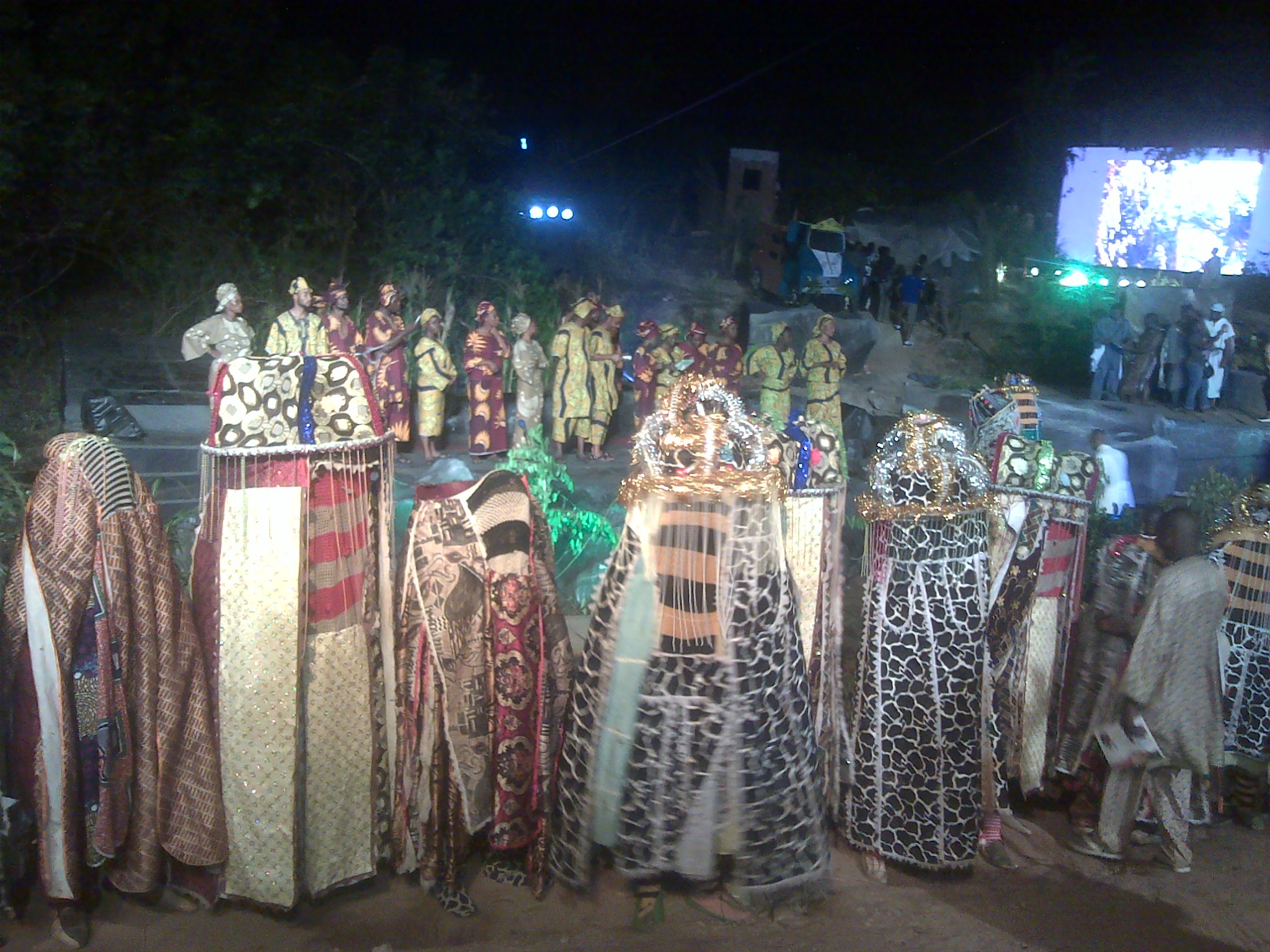 Even the “Ara orun” Masquerade recognize the Legend of “Kongi”

The play came to an end at about 11PM  and an array of fireworks filled the air as a perfect end to a well organized celebration of a man who is a symbol of art, creativity and professionalism. And you still wondering why Wole Soyinka is a Legend?? 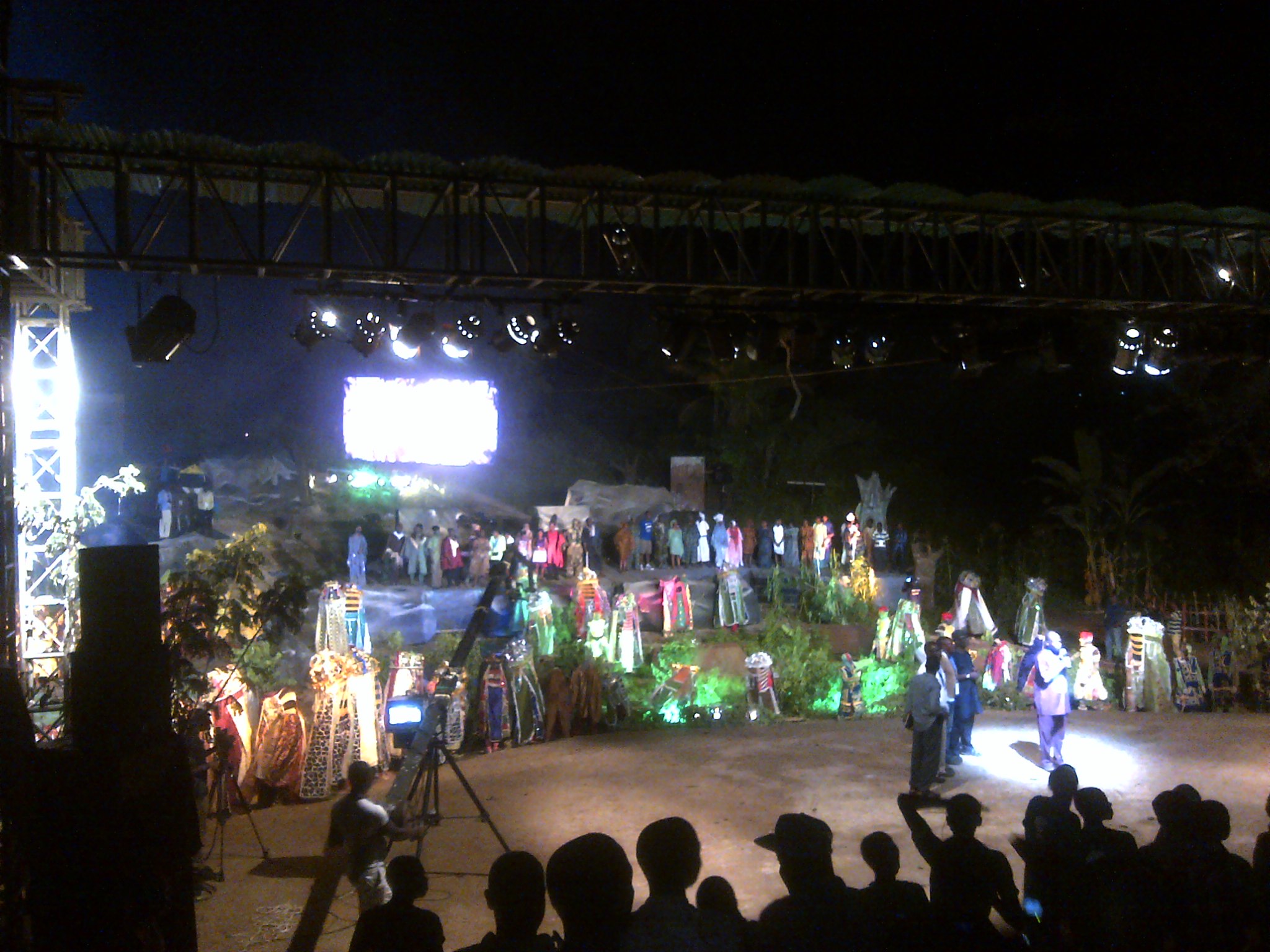 Thanks to Alhaji Teju Kareem who put all this together #WS80

Events, News, slider #WS80 Diaries. Day 2:The Mystery of Wole Soyinka and the Dance we had in the...

Tunde Kelani Honoured as a Custodian of Yoruba Culture...