From his humble yet colourful beginnings in Kafanchan, Southern Kaduna to his journey of creative restlessness that would later earn him his international recognition in storytelling, Biyi Bandele, the iconic playwright, novelist, screenwriter and movie director has inadvertently left the world with the burden of grief, uncompleted projects and a matchless pair of shoes to fill writes Yinka Olatunbosun.

“I consider myself to be a storyteller. I use all sorts of media, but I am first and foremost a writer.’’ That’s how Biyi Bandele introduced himself to the world in a video clip shared by EbonyLife Studios, a film and television company which had just produced his latest work, ‘The King’s Horseman’ due to a premiere screening at the upcoming Toronto International Film Festival (TIFF) in September. The movie will be the first Yoruba language film to be screened at the prestigious film festival in the special presentation category. A screen adaptation of Wole Soyinka’s 1975 classic tragedy, “Death and The King’s Horseman,’’ the anticipation for this movie-a Netflix original- had been heightened by the recent trailer and poster posts by Bandele himself on his social media accounts. 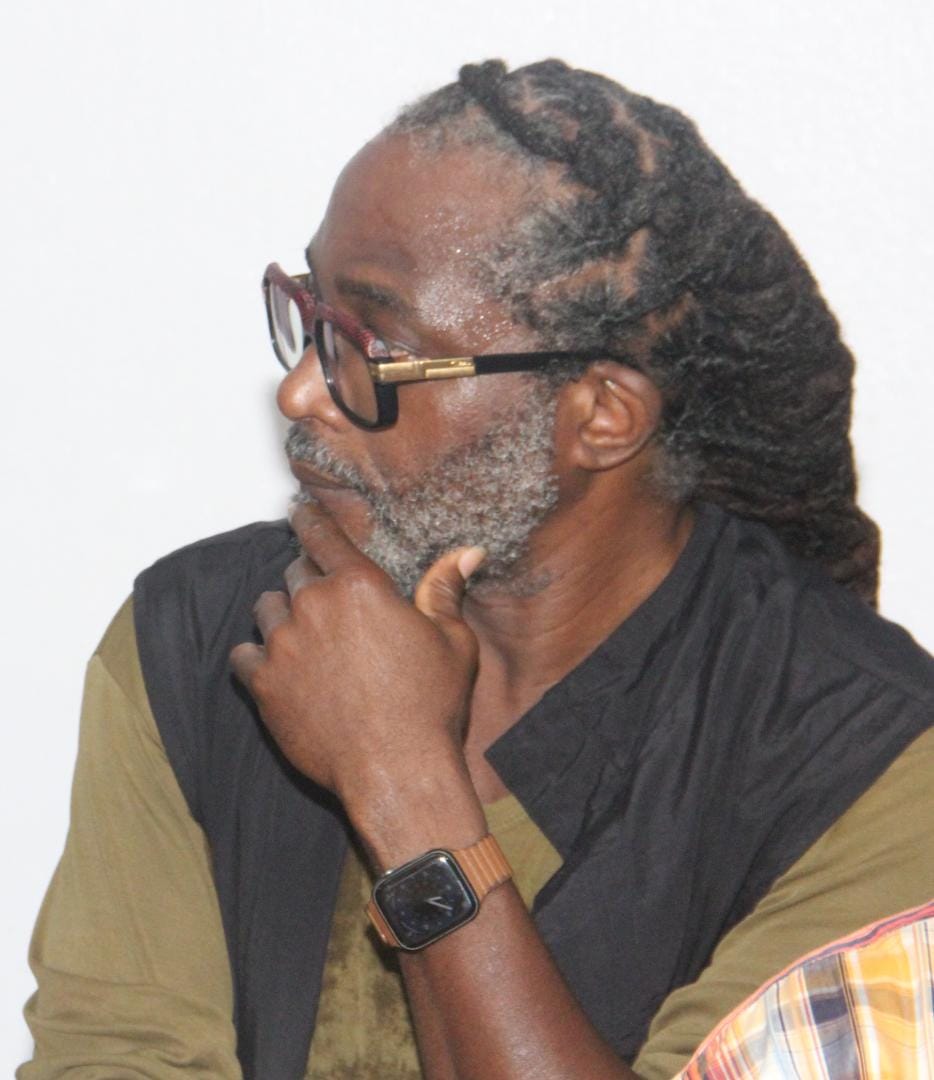 Hence, it was shocking to receive the news of his death on his Facebook page by his daughter, Temi Bandele who revealed that the filmmaker had died on August 7. Although the details of his demise had been sketchy, it was gathered from friends such as Steve Ayorinde that the UK-based writer died in Lagos.

Born on October 13, 1967, in Kafanchan, Kaduna state, Bandele developed an interest in the arts at a very young age. His father- a war veteran- introduced him to the library and he fell in love with books. He started to write stories of his own by copying writers that he liked. He was also a very keen observer of his environment as he would reveal in a conversation with students of the Portland Community College in 2015.

“I spent a lot of time as a kid at the train station,’’ he recounted. “My mother had a kiosk at the train station where she sold food. I knew from a very early age who the thieves and pickpockets were because I could see them. No one told me, I just knew. I went from copying writers that I knew to write what I knew. One of the things I knew really well was the pickpockets, and how they tricked themselves. I wrote about that and it was published in a regional newspaper,’’

That became the first piece of writing that he was paid for. Years later, at 16, he started working on what would later become his first novel, ‘The Man Who Came in From the Back of Beyond,’ published in 1991. In 2007, he published his most acclaimed novel yet Burma Boy, described by The Guardian UK as “a fine achievement.”

Flashback to his preteen years, he was such a bookworm, poring over books at the expense of his regular classes. That was quite an irony- he loved books but not schools.

‘‘I would have a book under my desk while the Mathematics teacher was teaching. I regret not actually learning mathematics well but it was good and it was bad because I read a lot and I spent a lot of time in the library., I was quite a voracious reader. I didn’t feel the need to go to university so I decided to write. I read about writers like Earnest Hemingway who had travelled out of their country to become writers,’’ he recounted. 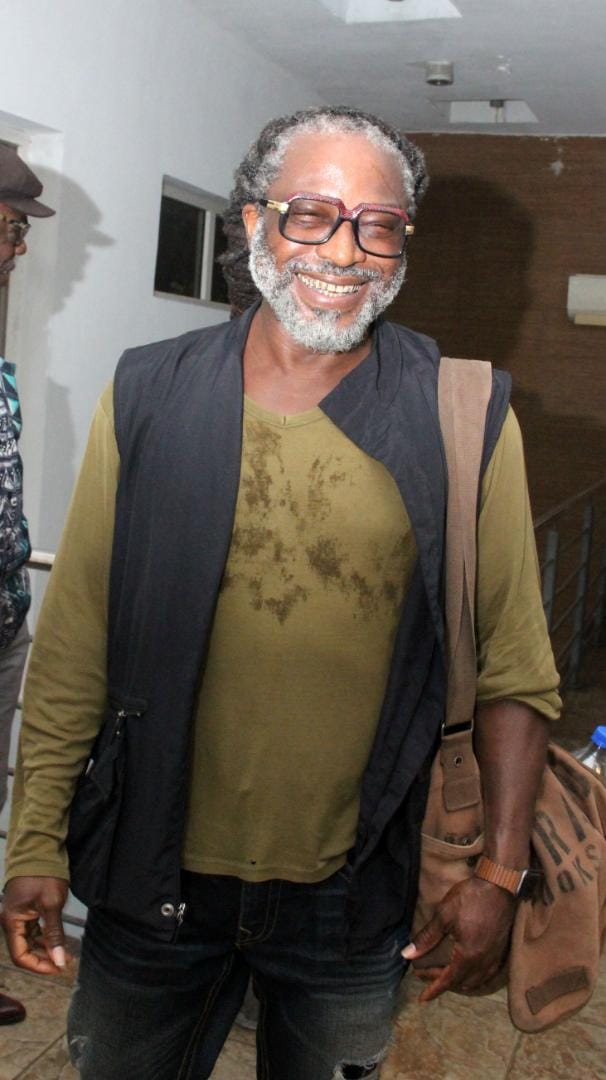 Bandele was fascinated by stories of espionage and the cinema back then in Kafanchan.

“In Kafanchan, we had a cinema. It was a warehouse turned cinema. They put a projector and wooden benches. The first 500 to 1000 movies that I saw were Bollywood movies and Hong Kong karate movies. The makers of the movies knew their audiences very well and they knew how to tell stories. They were predictable stories- following a particular plot. Sometimes, we would scream, ‘Action, Action.’’

Influenced by his mother who was a natural storyteller, he continued to write till he found a major distraction-money.

“I made a decision to leave home and get a job at a gambling organization. I was about 15 or 16 years old. I was in charge of 32 pool houses. Many people spent money on gambling, some gambled away their houses. My job was to take all the money to the state capital in Kaduna. It was about three to four hours’ drive and then I’d come back on Sunday morning with the winnings. I would go with from $50,000 to $300,000. Then, the naira had more value than dollars.  Gambling was actually illegal in that part of Nigeria. Nigeria is a very surreal country.  Still, I had about 10 or 15 police officers protecting me. We paid them to protect us. Honestly, back then I didn’t think I was doing anything wrong because the reason it was illegal was because of the sharia law. I was from a Christian home.  The police were quite open with us, taking money from us,’’ he said, as his belly-deep laughter punctuated his speech.

In time, he began making more money than his father and completely forgot about his dream to be a writer. After a violent encounter on the job, he had a rethink and decided to move to Lagos and stay with a relative.

His cousin who hadn’t seen him since he was three years old took him in. Bandele’s only plan was to go to the UK but after several failed attempts at obtaining a UK visa, he was persuaded by his cousin to continue his studies in Nigeria. He gained admission to study drama at OAU but he wasn’t keen on academic work.

“I didn’t think I was going to be a playwright,’’ he continued. “When I got into drama, I discovered I had to do literature and philosophy. So what I thought would be simple and easier turned out to be complicated. I wrote my first play called ‘Rain.’ It was heavily influenced by Samuel Beckett and Harold Pinter. It was my first semester. I had not read those playwrights’ works. But I had seen plays written by people influenced by them. It was a play about two guys in a post-apocalypse world. There was a character who was a god- it was an irreverent characterization. The department was dominated by born-again Christians so they felt offended by the work and didn’t produce it.’’

The BBC advertised a playwriting competition and he entered the play for it. Two years later, the play won the International Student Playscript competition of 1989. It was the first time since the 50s that anyone outside North America and the UK would win. As a result, Bandele was invited to the UK for the performance of the play. He had a copy of a manuscript of his novel that he had wanted to publish in Nigeria but couldn’t get any willing publisher. Within a week of arriving in London, he had publishers from Italy, Germany and France and the UK.

“I started writing from there. I got a job as the arts editor. I was 21 then. I didn’t have a plan. I was just someone who did things. I started writing plays for the Royal Court Theatre. In 1994, I was invited to a workshop for playwrights who were interested in writing for television,’’ he revealed.

The only problem was that Bandele wasn’t interested in writing for television but there was £2000 for every participant. So he went for the workshop spread over two weekends. The first weekend, they were assigned to write a scene for a movie. Buoyed by the zeal to write, Bandele adapted his novella that he had submitted to a German publisher into a screenplay. When he submitted it, the faculty was impressed and in two weeks, he got a call from the head of screenplay at BBC. His work had been approved and would be directed by Danny Boyle.

His other plays include Marching for Fausa (1993); Resurrections in the Season of the Longest Drought (1994); Two Horsemen (1994), selected as Best New Play at the 1994 London New Plays Festival; Death Catches the Hunter and Me and the Boys (published in one volume, 1995); and Oroonoko, an adaptation of Aphra Behn’s 17th-century novel of the same name. In 1997, Bandele did a successful dramatization of Chinua Achebe’s Things Fall Apart. Brixton Stories, Bandele’s stage adaptation of his own novel The Street (1999), premiered in 2001 and was published in one volume with his play Happy Birthday Mister Deka, which premiered in 1999. He also adapted Lorca’s Yerma in 2001.

Bandele was writer-in-residence with Talawa Theatre Company from 1994 to 1995, resident dramatist with the Royal National Theatre Studio (1996),the Judith E. Wilson Fellow at Churchill College, University of Cambridge, in 2000–01 He also acted as Royal Literary Fund Resident Playwright at the Bush Theatre from 2002 to 2003. 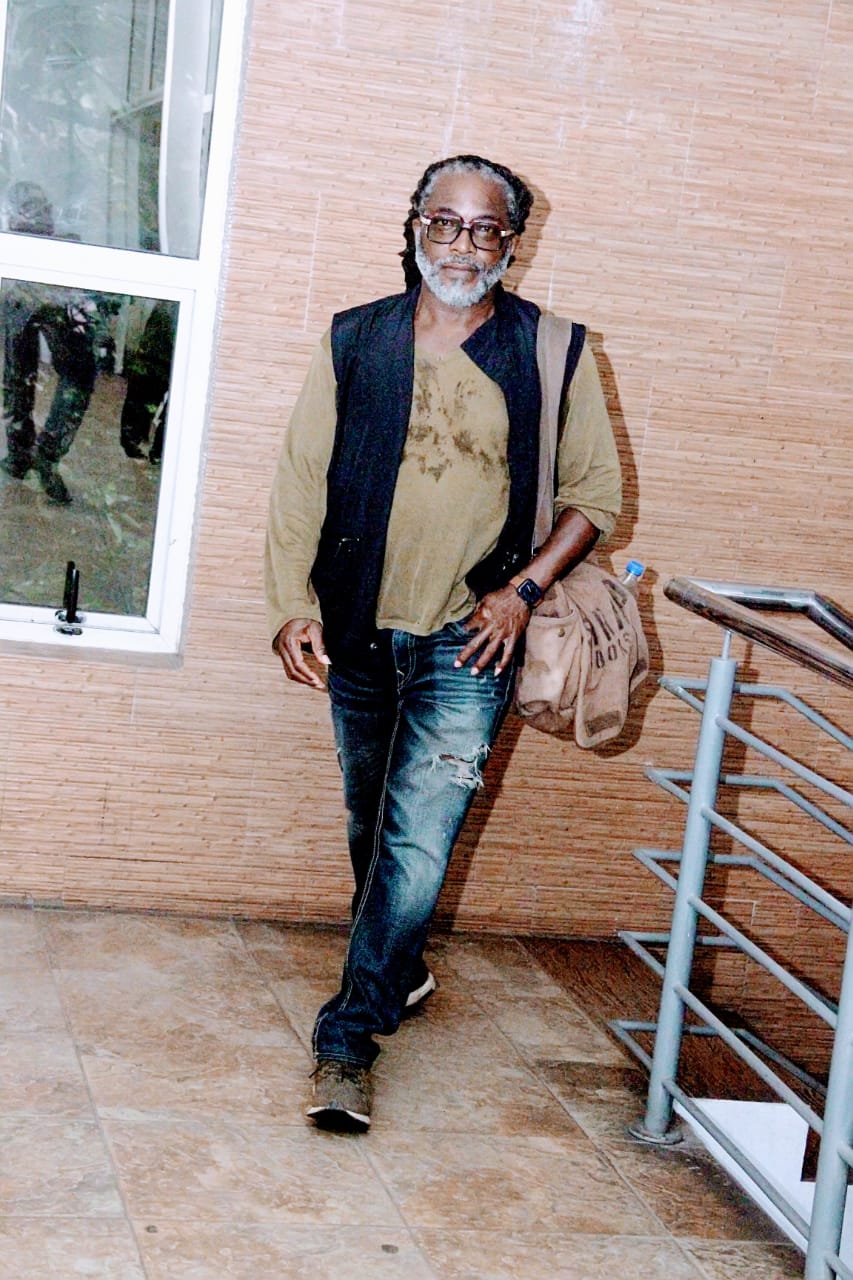 His first short film “The Kiss’’ was just the tip of the iceberg. His debut directorial work in feature film production, ‘Half of A Yellow Sun’’ remains the biggest budget movie in Nigeria estimated at $12m. The movie, based on the 2006 novel of the same name by Chimamanda Ngozi Adichie, was screened in the Special Presentation section at the 2013 Toronto International Film Festival. But the movie was later banned from Nigerian cinemas.

Next, he shot the movie ‘Fifty’ which was included in the 2015 London Film Festival. He also directed the third season of the popular MTV drama series, ‘Shuga’ and this year, he directed the first Netflix Nigerian Original series ‘Blood Sisters.’

Bandele was Nigeria’s lost but found treasured storyteller. He had been swarmed by several film projects and books. In a tribune penned by his friend, a writer and cultural activist, Kola Tubosun, it was revealed that Bandele has a novel that tells the story of Samuel Ajayi Crowther and his generation of West Africans in the offing.

“He wanted to start a PhD programme in the UK and he had movies to direct,’’ he wrote.

No doubt, the sudden death of Bandele at 54 sent shock waves across the global creative community.

Netflix Nigeria described his demise as a monumental loss to Nigeria’s film and creative industry.’

“He will be remembered as a powerhouse who made some of the finest films out of Africa,’’ the press statement read.

Steve Ayorinde, a journalist and former Lagos State Commissioner for Arts and Culture, described Bandele as a very “private person,’’ citing the way the news of his death in Lagos came in from London in an interview with ARISE television.

“Biyi was a creative person, a storyteller and an African all through his life. He never forgot his roots. And you would see that in the way he loved to appear- his clothes, his hairstyle and then he dropped Thomas from his name. He used to be called Bandele-Thomas.’’

Mo Abudu, the founder of Ebony Life Studios and one of Bandele’s long-time collaborators also mourned the late multimedia storyteller.

“He was so passionate about Elesin Oba more than any project he had worked on with us and was so excited when he heard about our selection at TIFF. I am sad that he will not be at TIFF and he will not get to see how loved his last project was.’’

One of his unfinished projects is the movie production of his novel, “Burma Boy.’’ Aside from his oeuvre of writings, he is a documentary photographer. His thought-provoking pictures of the people of Lagos are a celebration of everyday heroes, conveying hope and joy even in the absence of perfect living conditions. Bandele’s shoes may be hard to fill but his inspiring stories will forever impact the next generation of writers. 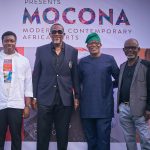 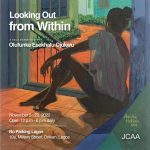