For many Africans, the slave trade episode signified a memory that should be swept under the carpet, or out rightly banished from the face of the history of the continent.

From the middle of the 15th century, Africa entered into a unique relationship with Europe that led to the devastation and depopulation of Africa, but contributed to the wealth and development of Europe. From then until the end of the 19th century, Europeans began to establish a trade for African captives.

It is estimated that by the early 16th century as much as 10% of Lisbon’s population was of African descent. After the European discovery of the American continent, the demand for African labor gradually grew, as other sources of labor – both European and American – were found to be insufficient. 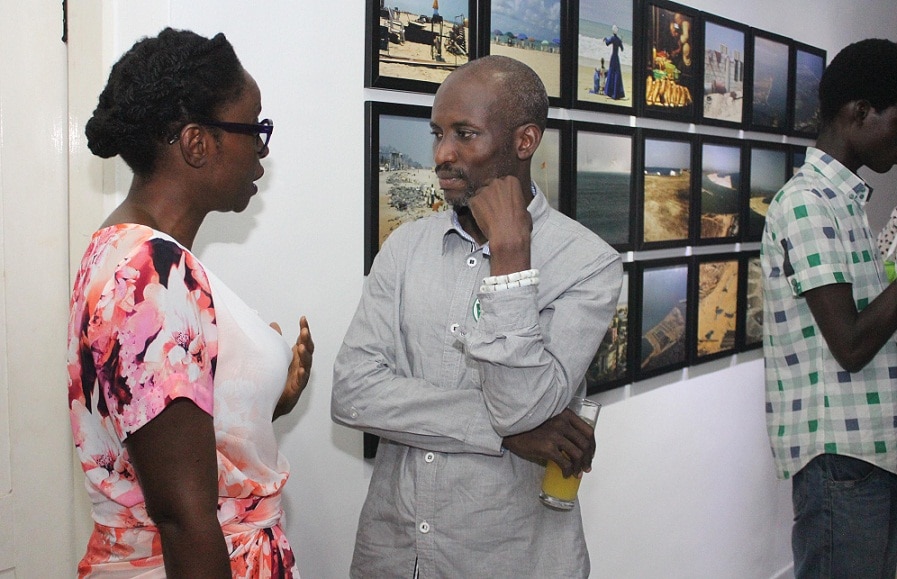 For more than four centuries, more than 11 million Africans were forcibly transported across the Atlantic to foreign climes.The total number of Africans taken from the continent’s east coast and enslaved in the Arab world is estimated to be somewhere between 9.4 million and 14 million. These figures are imprecise due to the absence of written records.

The forced removal of up to 25 million people from the continent obviously had a major effect on the growth of the population in Africa. It is now estimated that in the period from 1500 to 1900, the population of Africa remained stagnant or declined.

The transatlantic trade also created the conditions for the subsequent colonial conquest of Africa by the European powers and the unequal relationship that still exists between Africa and the world’s big powers today.

The exhibition at Rele Art Gallery, which was premiered on April 1, 2017, is synonymous to what is presently regarded as a ‘throw-back’ at the history of a people. Considering that it portends a detailed recapturing of the unwholesome experiences that Africans were subjected to during the transatlantic slave trade period, the novel idea is indeed a relevant one. 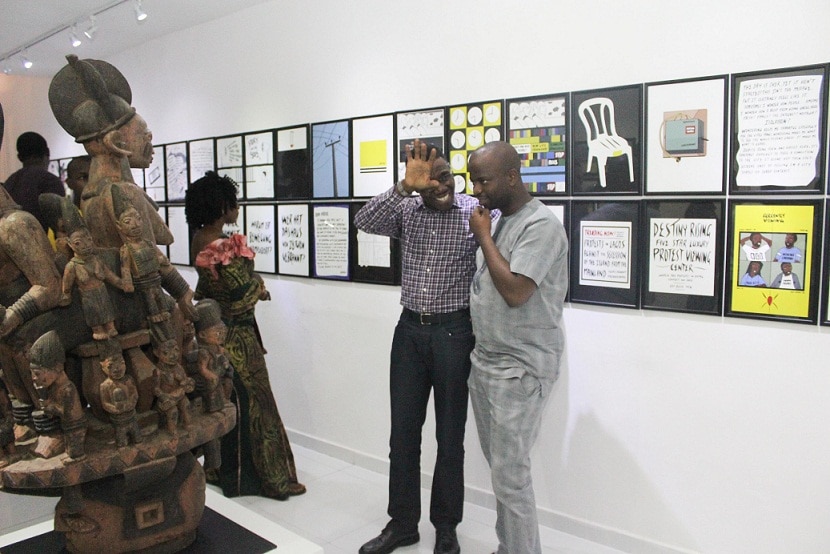 Being a part of a larger project which includes shows at Saracura Art Space (Rio de Janeiro) in June, 2017, as well as the 11th Mercosul Biennial in Porto Alegre (Brazil) in April, 2018, the exhibition is not focused on the historical details of the exploitation of Africa. Rather, it is concerned with the contemporary configuration of the cultural dynamic and interdependence within the triangle.

Simply put, the exhibition is not a study in the history of the dehumanization and degradation that were meted out on Africans. It is clearly an attempt to project how the present generations still grapple with the episode, and perhaps, the effects of the reminiscences of the Atlantic Triangle episodes on the almost frayed consciousness of Africans. 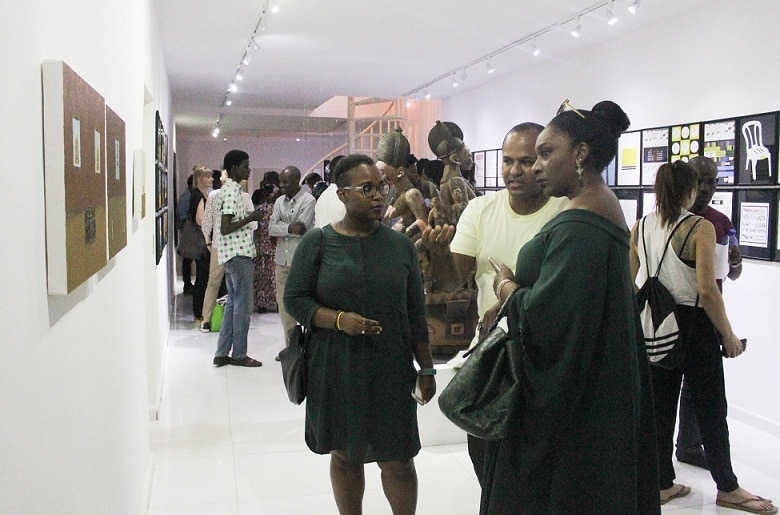 The exhibition, sponsored by the Goethe Institut, celebrated the residual knowledge, in forms of various art media that pointed to the horrific experiences of the slave trade.The artists that collaborated on the exhibition projected their works as tools for retaining memorabilia of the transatlantic slave trade.

The exhibition was curated by the Institut director Alfons Hug and Paula Borghi of the Saracura Art Space in Rio de Janeiro.

NDIDI DIKE projected artworks themed ‘EXCHANGE FOR LIFE’ which reflected paraphernalia of slavery. There were chains and other tools that helped in shackling millions of Africans while slavery persisted. 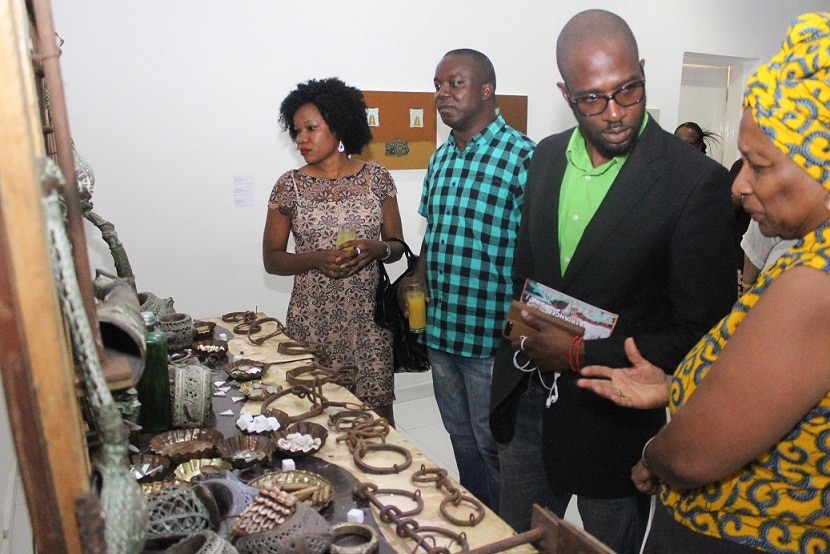 KARO’s Inkjet prints on Ilahnemuhle were hilarious but deep portraits of life in Lagos and Berlin. The portraits focused on the class divide as is evident in both cities. 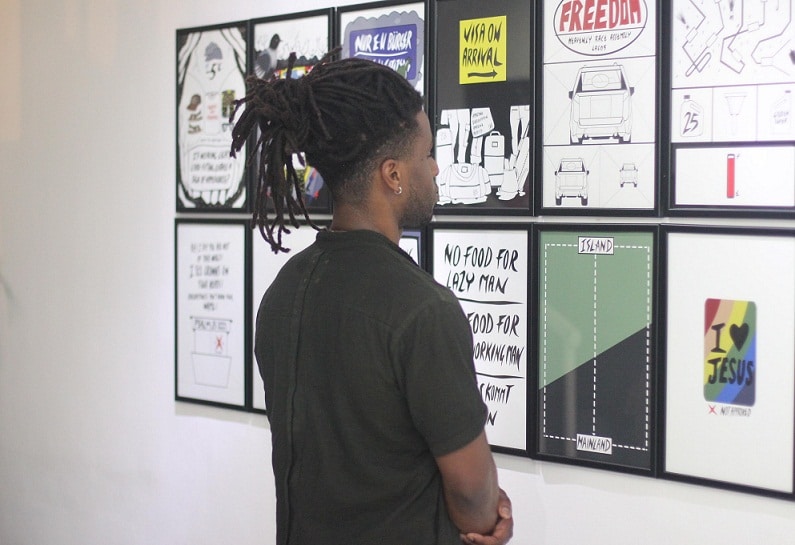 GEORGE OSODI whose photography detailed the refurbishing of Lagos (EKO ATLANTIC CITY) unlike what it used to be in the 15th Century, before the age of civilization. 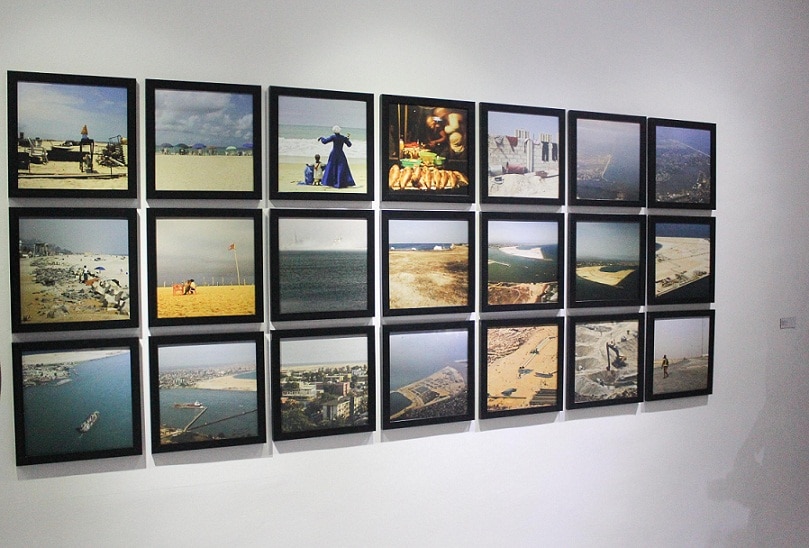 Olufemi Akinsanya’s‘EPA MASK’ of the Yoruba peoples celebrated the social roles upon which the life of a Yoruba town depends.

Other works, by Andreas Lang, Abdulrazaq Awofeso, Arjan Martins, Dalton Paula, Vivian Caccuri, Jaime Lauriano, and Mario Pfeifer also focused on unearthing the timeless tales of the Brazilian quarter in Lagos and the old slave market in Rio, Brazil, which really are the Black Atlantic.

What it lacked in comprehensive attention to details regarding other significant elements of the slavery experiences, like the Point of No Return in Badagry, the Mazi Okoroji museum, which holds details of the transatlantic slave trade, among others, the exhibition made up for in the professionalism and artistic brilliance that oozed from the art works exhibited.

The exhibition, which will run from April 1, 2017 to April 23, 2017, promises to draw back our minds to the experiences of the transatlantic slave trade, and teach us to unlearn, if feasible, the gory details of the landmark chapter, so as to focus on the betterment of African life.

In order words, the exhibition is a relevant attempt to avail us of the knowledge of the past, demystify the happenings of the present, and consequently illuminate the future of African existence. 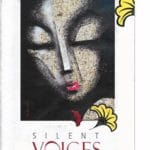 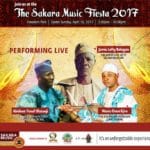