It’s been weeks since the twitter chat hosted by UR4Africa and Black Brown and Digital NYC for & about African Content Makers. One of the key points made was that many filmmakers in Africa don’t know where to start. So what’s an African content maker to do? It was a good look when @ndolofilms sent a link of African Film Festivals but as my eyes glazed over the list, I wondered, how do we know which of these bad boys is worth the effort? Who has time or paper to try each fest?

So I put my agent hat on to see which, if any stand out. These five made the cut. 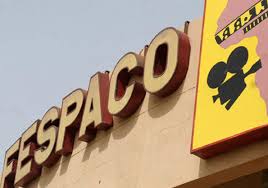 Zanzibar International Film Festival (ZIFF) The East African film, music and arts festival is a cultural event of panels, screenings and networking for filmmakers from around the world annually in July. Submitted films are based on a yearly theme – 2015 is “Season of Visions-” with a closing night of awards to doc, short, animation, talent and jury winners. Specialty awards include a UNICEF, and Sembene Ousmane Award.

Rwandan Film Festival (RFF) Aka “Hillywood” for its land of a thousand hills, RFF is held every July in Kigali, Rwanda. Also theme-focused – this year’s theme is “Imagination is more important than knowledge”– the fest has world attention for its social impact focus, including a travelling Hillywood program of films to locals who’ve never seen a film in their native tongue. The 11-year old fest occurs each July, and evokes a warm, sincere vibe of moving locally to resonate globally.

Ultimately, it’s about your end goal. Got something to say to more than your block? Find fests that’ll give you world stage. Afrofuturist Wanuri Kahiu screened Pumzi at Sundance and the world including Hollywood, noticed. Sara Blecher’s Otelo Burning reframed Shakespeare in a coming of age opus that won her global context with 17 international awards. And say what we will of plotting in Restless City & Mother of George, but Andrew Dosunmu’s moody, immersive, fine art show-and-telling of our people and culture drops the mic.

From the story to the telling, African content matters. So does taking any, and all breaks to grow. To that end, Sundance may be outside the continent but is undeniably committed to nurturing artists and talent. A groundbreaking festival is just one in an arsenal of programs supporting artists and talent via scholarships, grants and residencies. It affords coveted experiences for emerging filmmakers with something to say in story or innovation; and it’s where Palmer Luckey developed a VR headset for an immersive journalism story on hunger as a college student at their New Frontier program in 2012. His invention became the Oculus Rift, which he sold to Facebook for $2B in 2014. Your turn.

Aligning fest entry with story sense sharpens your goals and abilities; and ensures you have an answer when reps ask, “What else do you have?”But for now, maybe just tell us, which festivals have you participated in? Do you think you’ll apply to any listed here, and if so.