Exclusive: “Indeed,Brazilians are very much into Ifa religion, they are true devotees of Ifa “Araba Awo of Otan Ayegbaju Speaks.

Before the advent of Colonialism and the introduction of Western religions, advanced systems of indigenous beliefs were the order of the day. The Ifá system of divination and the verses of the literary corpus known as the Odù Ifá were used in ancient times as a medium to know the will of the gods among the Yoruba people. To this day many Yoruba people still maintain this tradition.

As  part of our efforts in promoting the Nigeria (Yoruba) cultural heritage we present the Araba Awo of Otan Ayegbaju, an Ifa Priest presently in  Brazil  who explains the importance of Ifa as a religion,a way of life  in Nigeria and Brazil.

-Introduction: I am Ajala Adebisi Ifabowale, the Araba Awo of Otan Ayegbaju in Osun State of Nigeria. I am an Ifa priest. I am also a traditional doctor. I am based in Otan Ayegbaju but I often travel to other parts of Nigeria or outside Nigeria by invitation.

–How long have you been an Ifa Priest and how did you get into it?: I have been an Ifa priest many years ago, because I inherited it from my father Ifadahunsi Ajala.

–Outside Nigeria would you say alot of Foreigners believe in Ifa than Nigerians?: Outside Nigeria, I cannot say that the foreigners believe in Ifa other than the Nigerians, because it is we Nigerians that are introducing Ifa to them and at the same time initiating them into it. We called this initiation “Itefa”. You can easily identified any foreigner that has done “Itefa” by his name changed to Yoruba name containing the name of Ifa and also in the name of his or her Orisa that comes out from his or her Odu during the process. 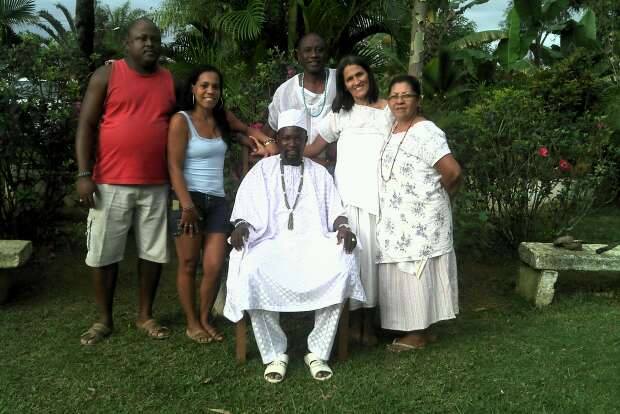 Araba and his friends in Brazil

–In Brazil where you’re based when did the Ifa religion started there?

Truly, I have my base in Brazil but I cannot precisely say when Ifa started in Brazil; because, Ifa has started in Brazil before I was born. It is not easy to trace the history of where and how Ifa started there. All I know is that our spiritual fathers who brought Ifa there and when the people of Brazil found truth and peace in it, they wasted no time to embrace it.

–Is there any direct connection between the Yoruba race and Ifa religion and people in Brazil?

Yes, there is connection between the Yoruba race, the Ifa religion, and the people of Brazil. A lot of people in Brazil are into Ifa religion.

–Would you say Brazilians are more strict devotees of Ifa than Nigerians?

Indeed, the Brazilians are very much into Ifa religion, they are true devotees of Ifa; but I cannot say because of they are stricter devotees than Nigerians. They are following what we taught them and  act according to our instructions. Therefore, we are more devoted. 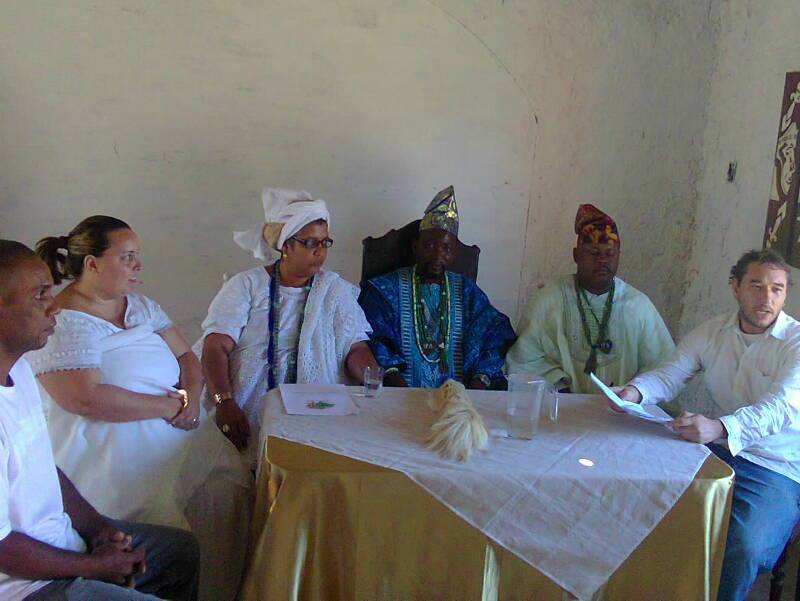 –Would you say the Yoruba cultural heritage is dying now? :

About Yoruba cultural heritage, it is truly dying now because our people in Nigeria have mixed culture and religion with something. There are great differences between religion and culture. Religion is the way to reach God (Olodumare), and there are many ways by which we can reach God based on our belief. We have many types of religion (e.g. Christianity, Islam, Traditional, Hinduism, Burdism, and Eckanker, Amock, Gurumaraji, e.t.c.to mention but few.)

While culture is a way of life. Culture determines the way individuals lives. Culture starts from the language we are speaking, it includes our

So, in Nigeria, many people that embrace foreign religion such as Christianity and Islam drop their culture because of the foreign religion. For example, a devoted Muslim man will not prostrate for his elders while greeting, instead he will knell down like a woman. Whereas, Yoruba culture says men should prostrate for their elders in greeting while women should knell down.The worst part of it is that some Yoruba’s are now refusing to speak the language anymore! Instead of speaking Yoruba, they choose foreign languages such as English, Arabic, French, and Latin.

–How often do you have people in Brazil come to you for consultation?

People do come for consultation anytime they see that they need it. If they want to travel, if they had a bad dream, if they want to start a new business venture,if they want to get married, and lots more. They know that Ifa will tell them the truth and show them the correct way to go.

–Whats the reception of Brazilians and foreigners to the Ifa religion and way of life.

The Brazilians and other foreigners accept Ifa with their full heart. Because once they accept it, their way of life changes for better. They immediately start the worship and all other things they are told to do.

–Are there any restrains when it comes to the worship in Brazil? No, there is no restrains at all. You are free to do your worship anytimeyou like. Even if at midnight, nobody will disturb you. 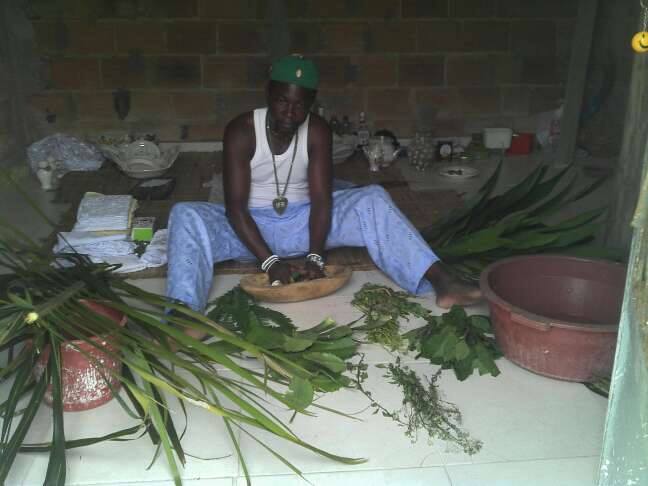 –Whats your take on the Nigeria cultural heritage and tourism now?

We thank God about Nigeria cultural heritage and tourism, because our government has realized that all these can bring income and economic developments to the country. About this, I can say that Nigeria is moving forward.

–Whats the perception of Brazilians about the Nigeria cultural identity?

The Brazilians, once they are adopt our religion, they adopt our culture also. For example, you can see many Brazilians in Yoruba clothes such as buba, sokoto, and even agbada; while their women wear irobuba and gele- exactly like the Yoruba’s!

–What do you think about ASIRI?

About ASIRI magazine, I see it as an educational and entertaining magazine. It is also worldwide because it is online- always on the internet. For example, the essence of this interview is to educate people about religion, culture and relationship between the people of Brazil and the Yoruba’s. Anybody can just sit in his home anywhere and read this, and know what he has not known for years. I pray that ASIRI Magazine will never die. More power to your elbow!

Conclusively, I thank everyone that reads this interview for the time spared to read it. I urge the reader to make better use of the message inside. Accept this blessing from Olodumare through Orunmila, Ifa Olokun Asoro Dayo in Odu Iwori Meji;

Ifa will set his eyes on you so that you will have riches, good health and

Interviews, slider Exclusive: “Indeed,Brazilians are very much into Ifa religion, they are true devotees of Ifa “Araba...