Exclusive: “I had more dealings with Peter Tosh than I had with Bob Marley” –Lemi Ghariokwu.

Even before many ventured into the world of illustration,graphic designs and branding he has worked on over 2000 album art covers,his illustrated works paved the way for him and made him the global icon he is today. Several amongst people he has worked with include,the Afro beat legend,Fela Anikulapo kuti,Bob Marley,Peter Tosh,Osita Osadebe and to mention a few. His relationship with Fela was a special one and also was his journey  into Pan-Africanism and into the model of man he is today.In this one on one exclusive with ASIRI Lemi Ghariokwu reveals a rare side to his personality as he talks about Fela,Pete Tosh and his views on the Nigeria society of today,Africa and the world of Art.

ASIRI– How was it like growing up in a generation where being an artist was not regarded as a profession of repute?

Lemi– Growing up in a society like ours, in the 50’s 60s and 70s most parents would rather have their children become either of three ‘recognized’ profession, its either you are a lawyer, doctor or an engineer and we had parents who groom their children to become any of these three professions. At that point in time no one reckons with an artist, people never know Art was going to be a great profession even Musicians struggled. Art or being an artist was never considered while growing up neither on my part nor on that of my parents because I only saw it as a gift.

I attended Yaba College of Technology Secondary School; the College had its own secondary school so I was in the technical class (that’s the science class). My father wanted me to become a Mechanical Engineer, so I had no relationship whatsoever with the Art class. Part of the science classes I took I which included Engineering Drawing and Technical Drawing helped laid the foundation for graphics that I do today. Thank God that the society has far developed from what we use to have, now, footballers, Musicians, Comedians are seen as real professionals in their field. 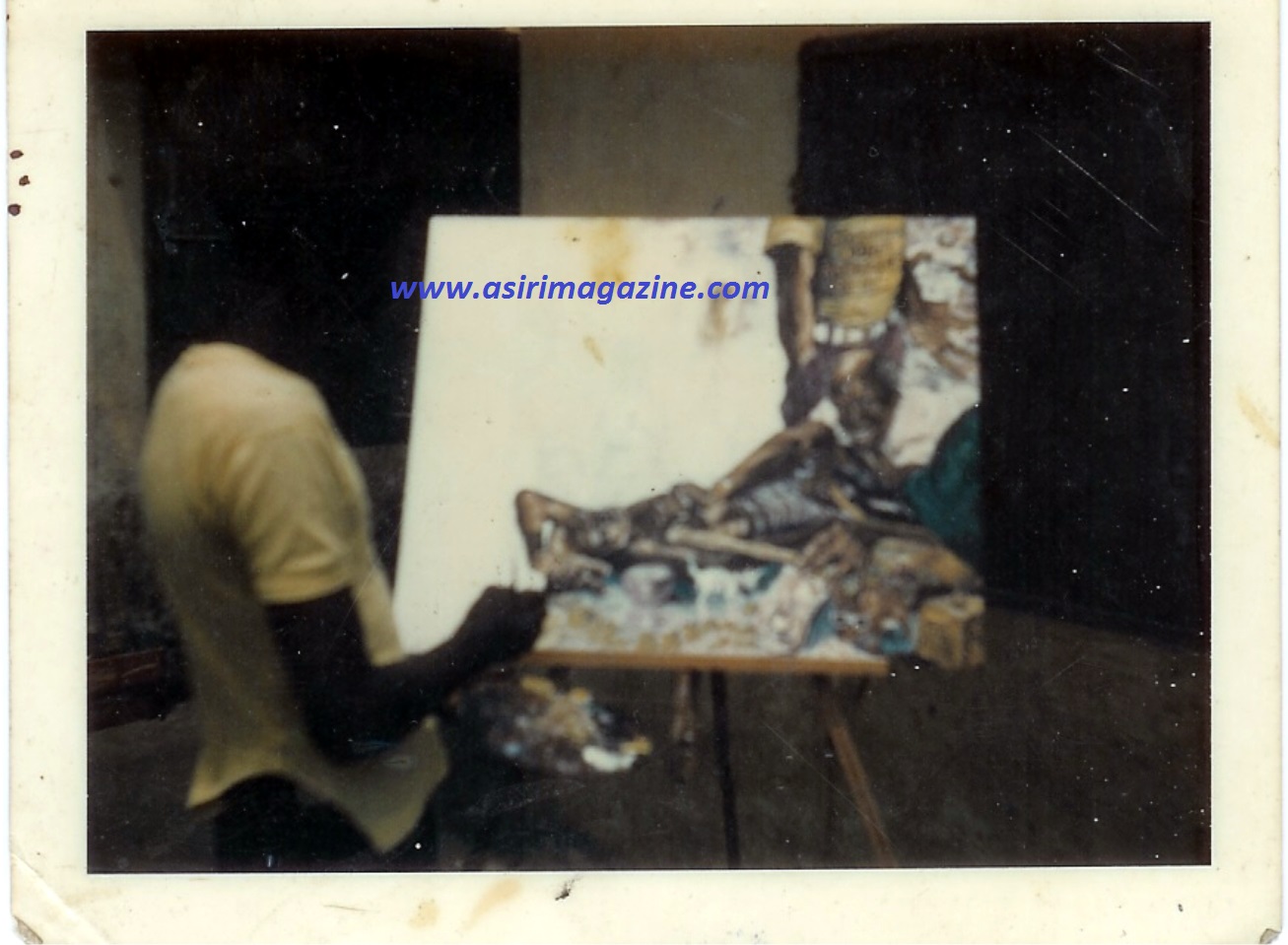 ASIRI– Having worked for the likes Fela Anikulapo Kuti, Bob Marely,Osita Osadebe, Gilles Peterson amongst other great names. Which of your works would you say was the most challenging?

Lemi– In a career like mine, you face challenges everyday it is how you manage these challenges that matters. The most challenging would be the book cover I just finished recently for Professor Ibidapo Obe (University of Lagos). In my 40 years of designing, this is the first time I had to re-do a cover three times over. It was a new experience and somewhat challenging for me. .On a more interesting note, Fela’s album cover the one I designed for “Sorrow tears and blood” I can say that was challenging in the sense that Fela rejected the cover and that broke our relationship. 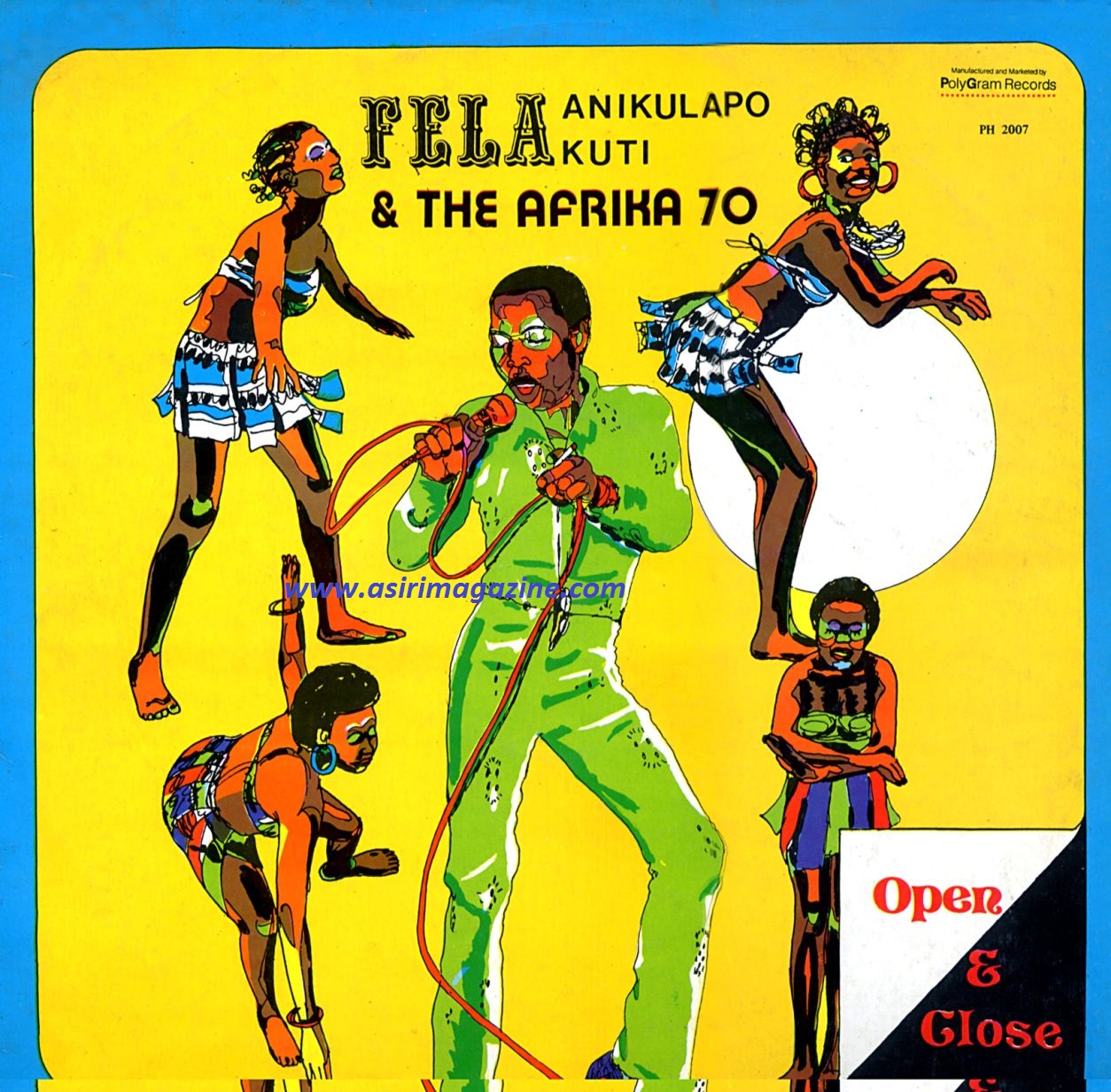 Lemi– My driving force is the motivation I get from “Self-discovery”. Having found out a long time ago since I was 20 of my identity and essence as an African, that has been my motivation. Africa as a continent is an embodiment of freedom and the belief of the ‘I can do it’ expression, so that has always made me stand out from the rest of the world. That was also what Fela discovered in himself; that he can break free from the shackles of the society, oppression and be whoever he wants to be.
ASIRI– With the just concluded Felabration, what do you think you did or didn’t do right while working with him?

Lemi -Well there are a lot of things I wish I could have done, as the saying goes; ‘if wishes were horses beggars would ride’. We can only wish, I believe there is nothing more to add or subtract in the role I played in Fela’s life so I am ok with what I’ve done with Fela because that’s my call to fame today. It has also helped pay the bills for 40 years now, so I am satisfied. 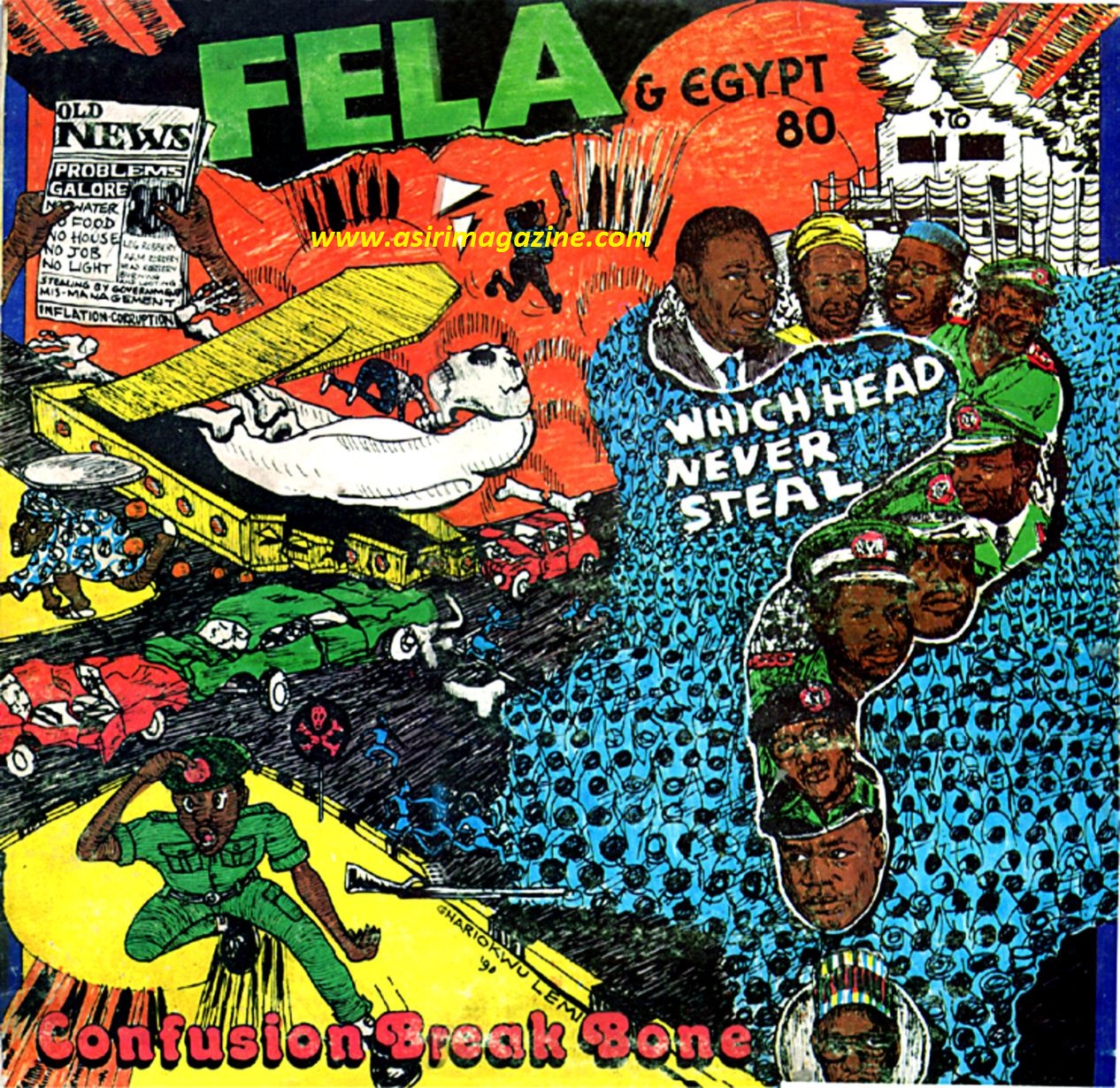 ASIRI– Do you think enough work is being put in place in remembrance of the Afro-beat icon, Fela?

Lemi– African society is never doing enough to recognise itself as a body, and that’s the catastrophe we are in today. Africa has gone through so much and has surrendered its integrity to different vices that plague the continent. We have not recognised ourselves as a race, so who is Fela? The Society should recognise itself first, and its citizens, then we can now talk about the need to recognise people.
ASIRI– You’ve had the opportunity to work with two generations. How would you compare them?

Lemi– Life is a natural mystic; there is always a difference in generations. It’s like a pendulum it swings back and forth, right and left, hot and cold. So sometimes it could sound unfair to compare the set of musicians we have now to the ones in the 50s and 60s, then music around the world was going through a phase; the black consciousness movement in the United States, the introduction of reggae which is more of a African consciousness brand and the emergence of indigenous music style also in the Nigeria, the Apala, Juju, Afro-beat, and pop. Times and trends change, but the undeniable fact is that a lot of creativity and value has been watered down over the years. It leaves me wondering what people would say of the music we listen to today, in the next 25 years. Think about it! 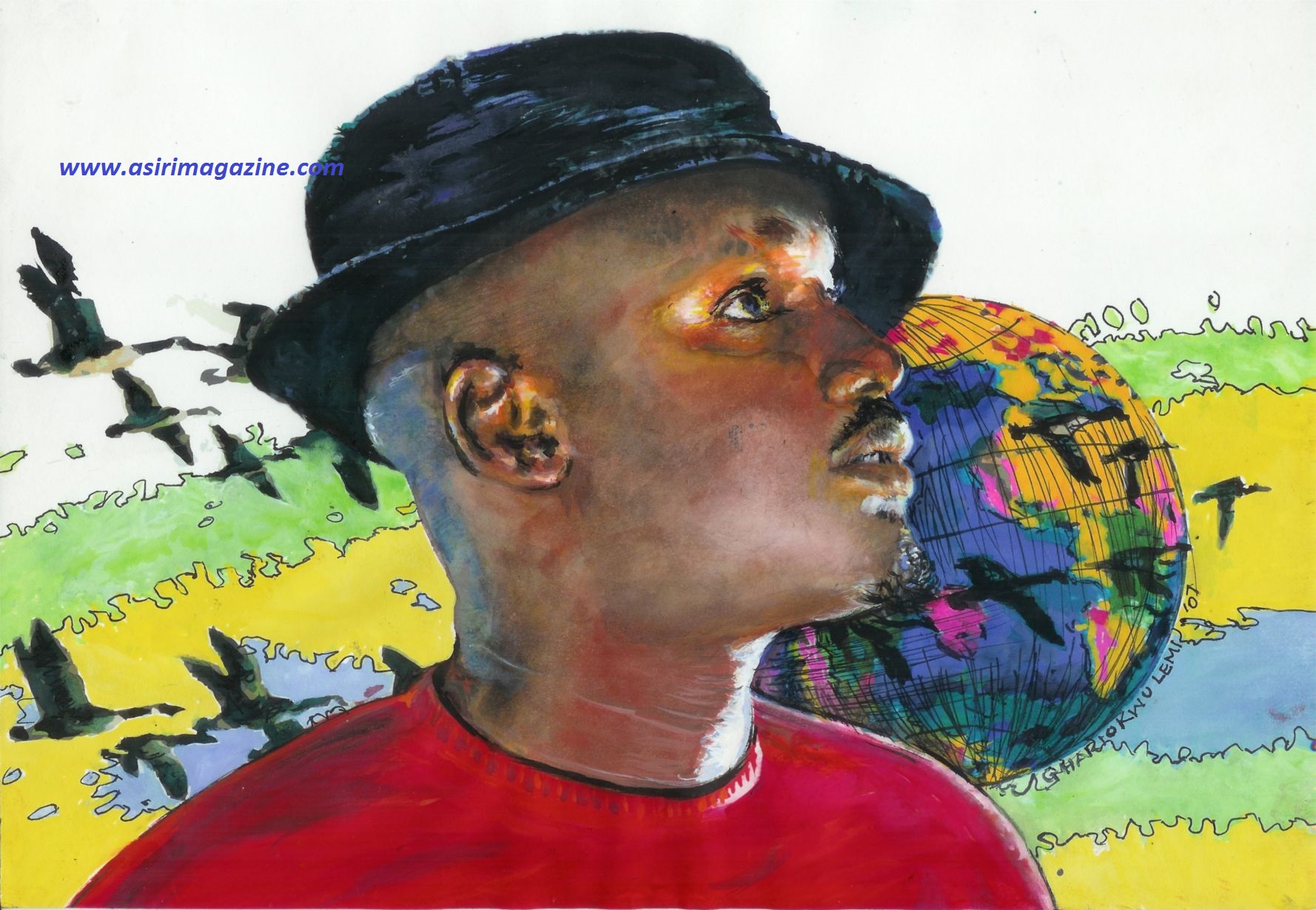 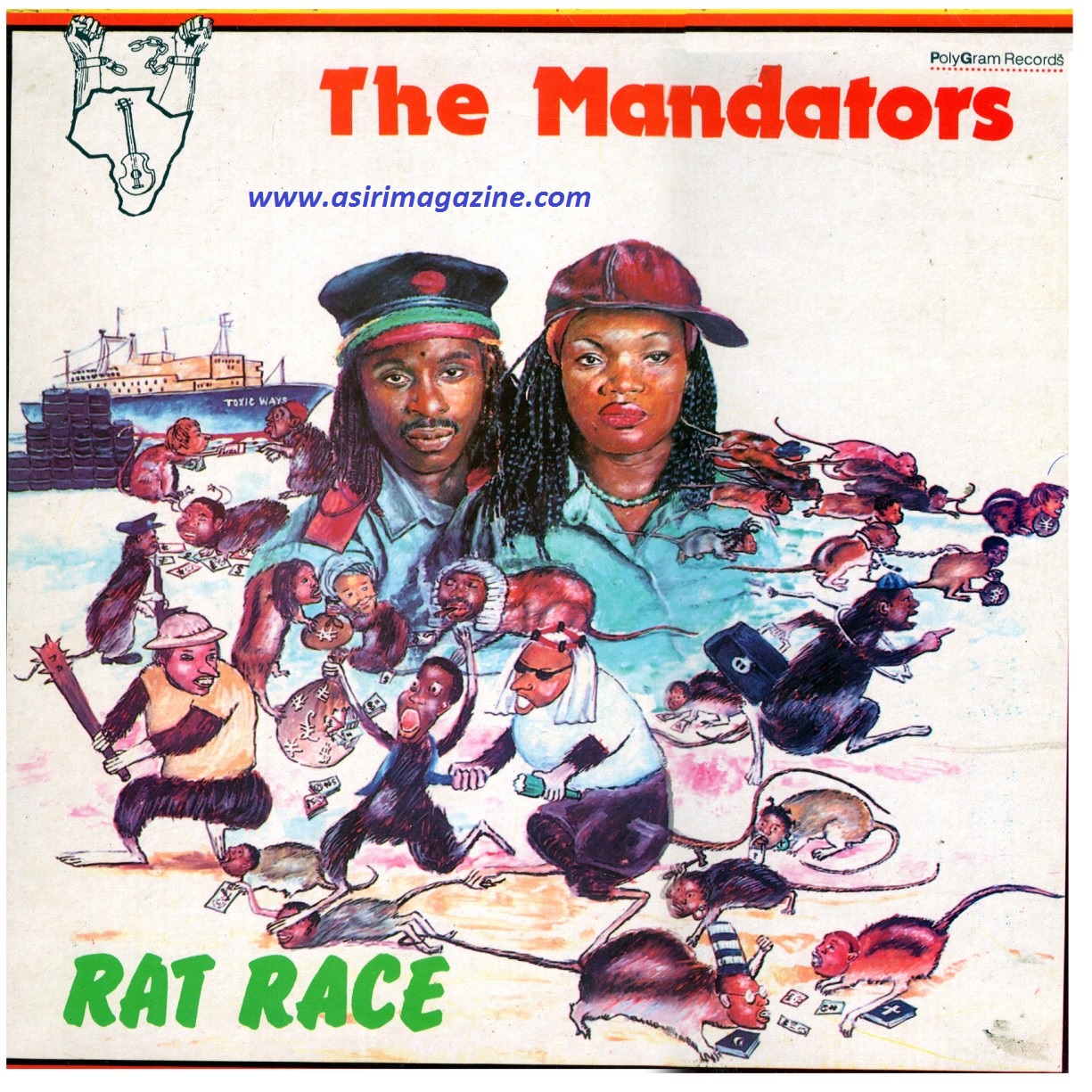 ASIRI– The likes of Bob Marley and Fela are seen to have the same ideology. Were they able to influence you while working with them?

Lemi– Well, I also have the same ideology with them, but I had more dealings with Peter Tosh than I had with Bob Marley. I will equate Peter Tosh and Fela together, when people equate Fela and Bob Marley it’s a misnomer. Peter Tosh is as volatile and radical as Fela, Malcolm X, Steven Boko, Marcus Garvey those are the people I equate together. Talking about Peter Tosh and Fela, Peter stood up in Jamaica and he got beaten by police every time, he sang “Legalize it” they were marijuana smokers but Peter made it an anthem and he got beaten badly for it, when he came to Lagos he showed me the beatings he received on his back. The film, ‘Finding Fela’ had scenes in it where Fela showed the bruises he got from the solider when he was beaten. That is the struggle. So personally when it comes to Africanism and Struggle, I will say Fela and Peter tosh influenced my life personally. 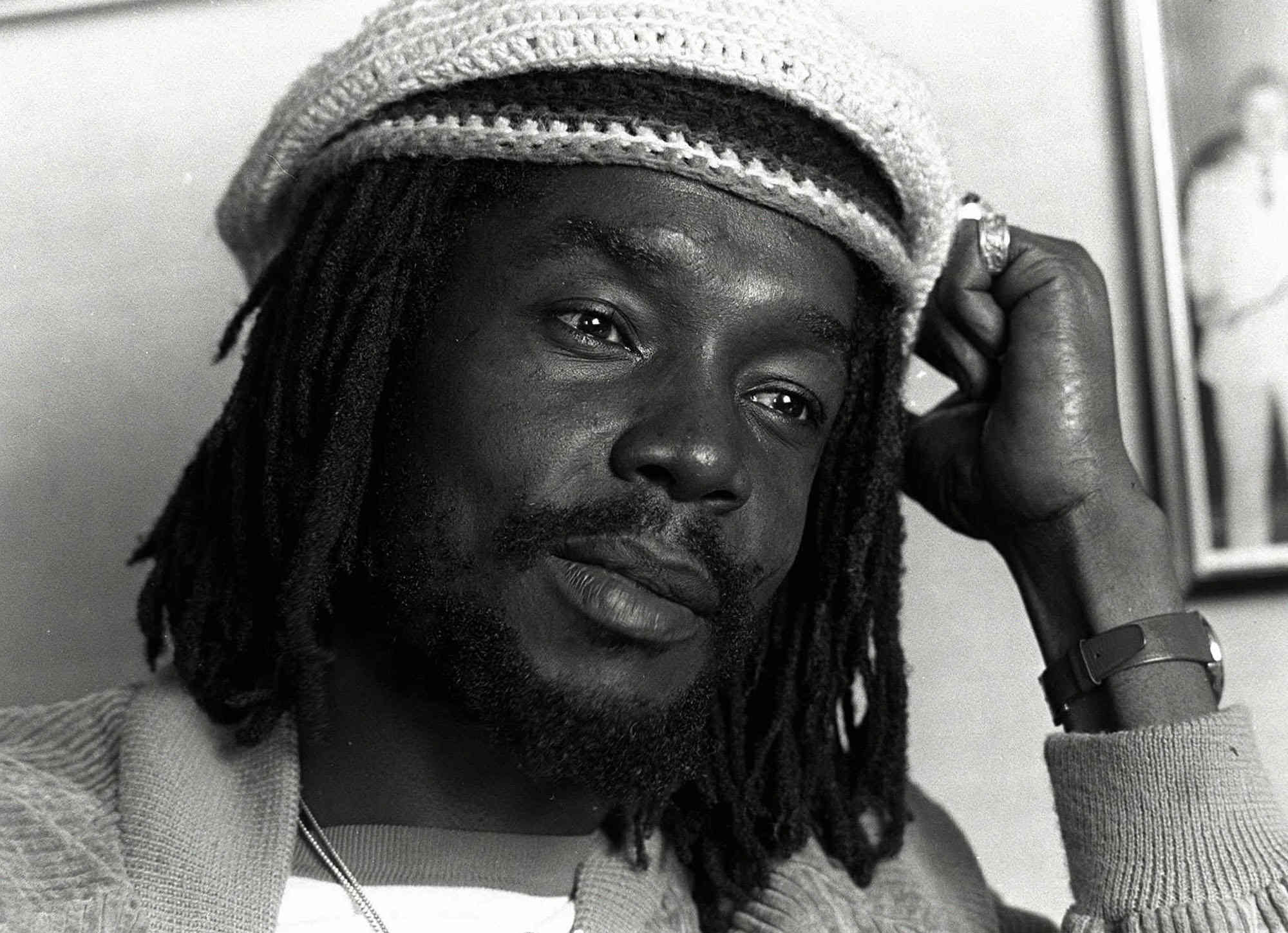 ASIRI– Are you currently working on a project (s) to help boost the Arts and culture industry in the
country?

Lemi- I don’t have any project and am not working on any at the moment but that might change in the near future. I would consider that since I do a lot of training and workshop outside the country whenever I travel, but as time advances, I will see what can be done here to help out the young ones. I would gladly honour an invitation to attend a workshop to educate the people.
ASIRI- What do you think about the creativity of illustrators we have in Nigeria today in contrast to the 70s?

Lemi- I see a lot of Photoshop and digital drawing around, it’s not bad at all. It’s just like the music industry, making a comparison wouldn’t be fair because everything has been watered down now. I always love the organic, when you take a Vinyl EP and play it, you can’t compare that to a CD, there is so much difference between the both of them. Same thing with the Art when it’s too digitalized I don’t like it, it makes it too superficial, the colours tone, the lines. I love when the hand does the magic itself, that’s raw skill right there. Life is a fashion and they are doing great with their time. 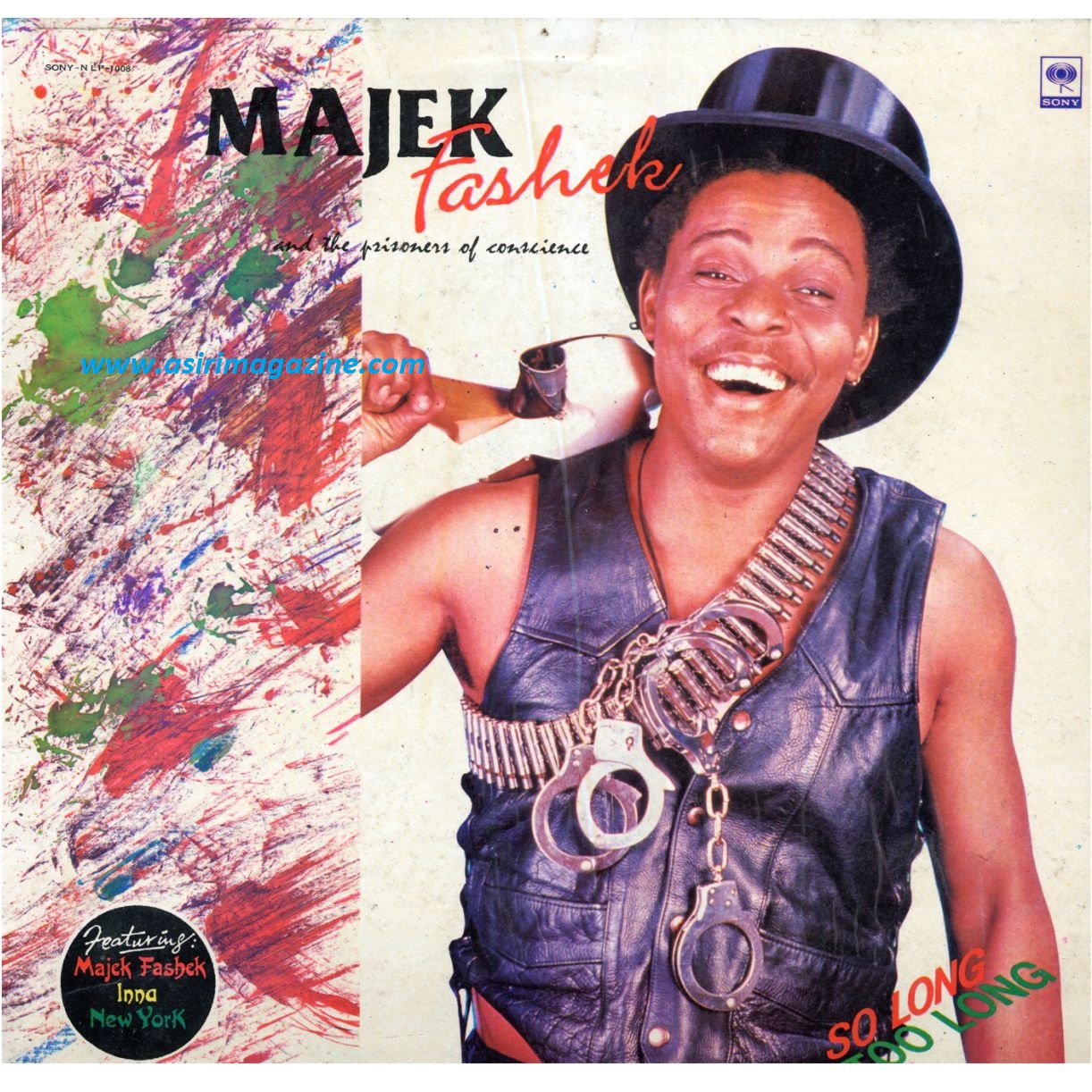 ASIRI– What is that special thing you will always remember Fela for.

Lemi– There many special moments we shared together, but I will narrow it down to just one thing about him that struck me. The simplicity of his approach to people was what made Fela unique. He was 17 years older than me but he insisted I and everyone around him, including his children, call him by his name “Fela”. When you are free enough to call someone by their name, you gain an automatic access to such person, ‘no holds barred’. I have learnt to live my life that same way. There is also something else which is how hard Fela worked. He was a workaholic who had to maintain a certain number of rehearsals per day, granting interviews and composing new songs which was why he was able to release a total of six albums in a year. I also got my workaholic nature and reading culture from him. 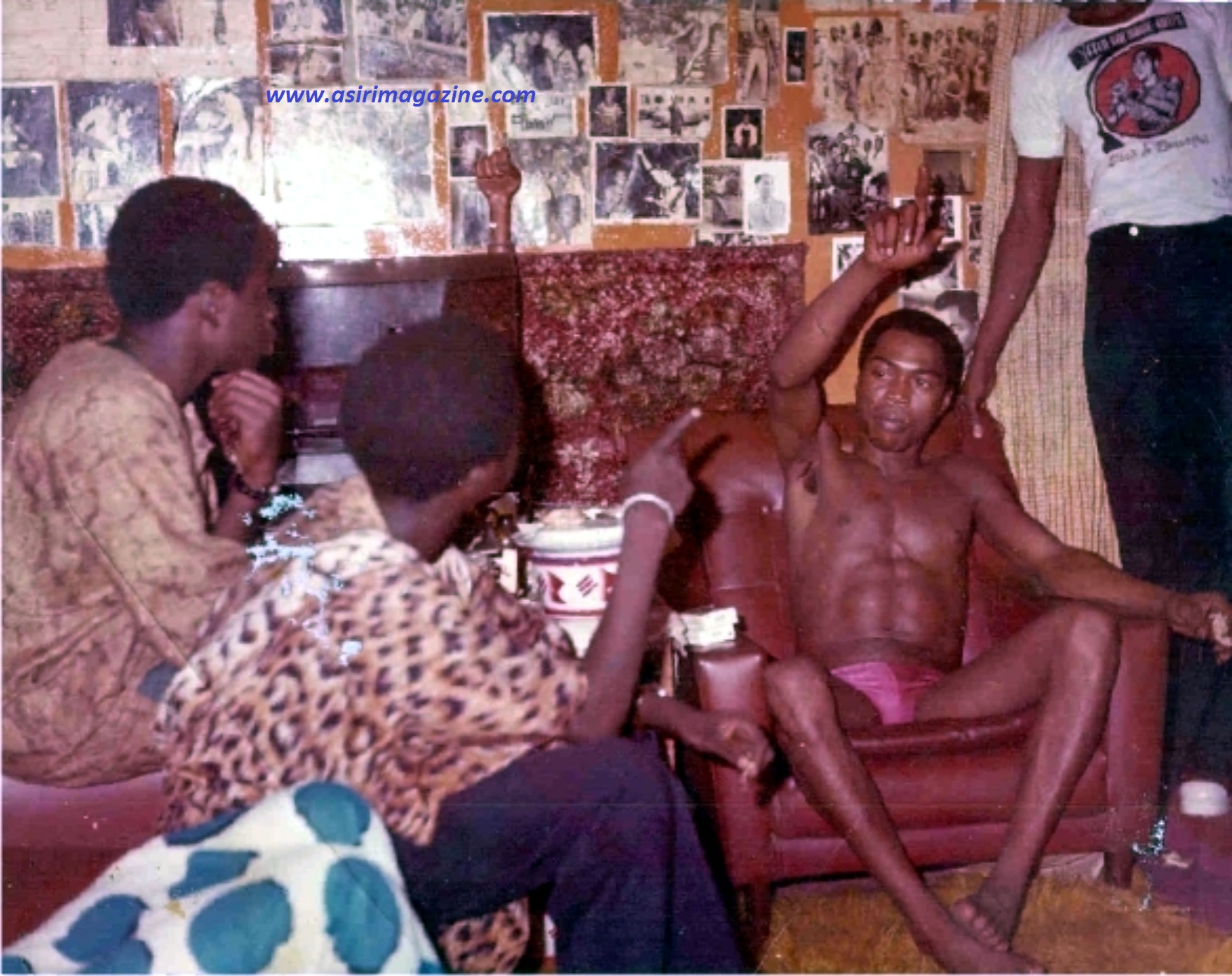 ASIRI- Do you have any last words?

Lemi– I always tell people everywhere I go that the greatest thing is to know your destiny and your purpose in life. To know that, you need to discover yourself, so you don’t become what the Yoruba’s will call the Asini w’aye. Study hard, know what you were created for, find out who you are and follow your dreams. Am in the Vanguard for that, everything I do I love to shine and that is what everyone should inculcate in their lives.

ASIRI- Thank you so much for your time sir

Lemi- No, the pleasure is mine (Stands up to pick a phone call)

Interviews, Lifestyle & Art, Reviews, slider, Trending Exclusive: “I had more dealings with Peter Tosh than I had with Bob Marley” –Lemi...