IREP International Documentary 2019 Gets Bigger for its 9th Edition in Lagos.

The 2019 iREPRESENT International Documentary Film Festival is the ninth edition of the popular annual festival, which is the biggest on the West African coast and it is scheduled to hold from Thursday 21st to Sunday 24th March 2019, at Freedom Park, Broad Street, Lagos, and the Nigerian Film Corporation, Ikoyi, Lagos, Nigeria.  The 2019 Festival is conceived on the traditional framework of Africa in Self-conversation and will explore the theme “STORYLINES”.

The programme proposition for the 2019 edition will include:

Screening of over 30 carefully selected international films representing the best new works relevant to our theme of Africa-in-Self-Conversation. Films screening at the festival would happen across two venues; Freedom Park, Lagos, and Nigerian Film Corporation, Ikoyi. Films scheduled for Freedom Park would screen alongside plenary and other discussions, while the screening at the NFC would be uninterrupted run of films for up to 6 hours every day of the festival. Films selection is in conjunction with our co-curating partners; African World Documentary Film Festival (AWDFF), AGDOK, and German Documentaries.

The Independent Television Producers Association of Nigeria in partnership with iREP will host a pitch for documentary filmmakers. Documentary film makers in Nigeria, young and old, shall be given opportunity to present their non-fictional film project ideas with special focus on social/cultural developments in and around Africa before a selection panel. The proposed pitching forum seeks to grow and encourage a spirited generation of factual filmmakers.

Keynote speeches and presentations at iREP Film Festival are important events not to be missed. This year, we would push conversations even further, as we bring leaders of thought in filmmaking and film theory in conversation with the community of filmmakers present at the festival, it would be an in-depth interaction that goes beyond the top-down approach of paper presentations.

Through the iREP Training and workshop platform, we have been able to train over 200 young and upcoming filmmakers in the rudiments of filmmaking and understanding of the documentary film art. We would expand the platform this year to accommodate the ever growing number of participants. A total of 70 young and upcoming filmmakers would be trained in the Basics of Storytelling, and the Vision of the Director. The iREP Training is in partnership with Nigerian Film Corporation (NFC).

The cocktail is our way of welcoming our international guests to the festival, but more importantly, it serves as a platform for networking. The iREP cocktail is our night of little glitz, drinks, talks, networking and screening of a specially selected film. 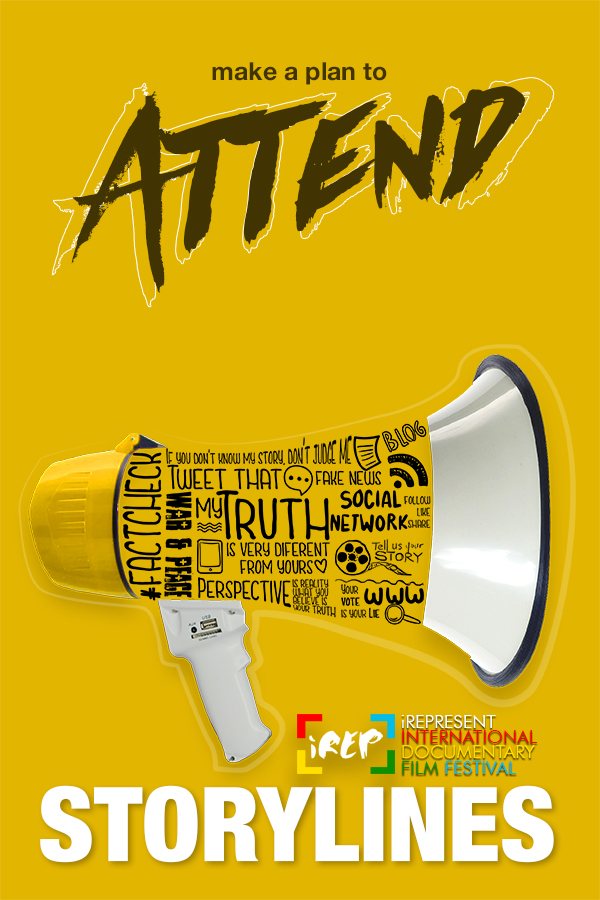 The theme of the 2019 festival, STORYLINES, arises from current realities about imagery and perspectives. Technology is constantly redefining the impact of human experiences and challenging us to tell our story as a means of engaging the world with our identity, individuality and personal experiences.

Every human being is a story and we are constantly in pursuit of tools to advance and promote alternative facts about ourselves and how we wish to be seen. The contention between what is real and what is preferred is shaping the currency of human exchange.

The ability to construct and reconstruct stories by anyone with a social media account is challenging the traditional story form. How would people own their stories without compromising the truth? How would documentary films respond to this reality? The festival theme is conceived on the traditional framework of Africa in Self-conversation.