It was a lovely Tuesday morning 1848,born to a father who was a drunkard and a mother who was a devoted and faithful Christian. The Slessor’s had no idea that their little girl would bring salvation to a remote village in Africa. She was christened Mary Mitchell Slessor, second born of seven children. Her personality was about to light up a dark continent.

Her father’s alcoholic behavior added much to the poverty and strife that ruled the household, thus forcing the young Mary to engaged her immature self in menial jobs to protect her family’s financial status. Working 10 house daily, she pushed herself to the extreme at work and became a role model for most of her young workers. Her mother had no choice but to encourage and pray for her, introducing her to the way of Christ. Mary found comfort and peace in Christ and she became close to her Lord. She wasn’t formally educated because she spent her early years at Baxter Brothers’ Mill working, and she taught herself how to read the bible, this became her favourite book and her best companion.

Far away in Africa, Nigeria, Duke Town to be precise, it was dark gloomy and more or less a mine field for the missionaries there and also the natives of the land. Caught up between their devotion to their gods and that of the God of the white man. It was a battle for the souls of men in Duke Town. Laced with a terrible tradition of killing the “twins child” who they consider a curse from the devil, a new page was unfolding and its content were written in blood, pain and anguish.

Back in Scotland the young Mary had always dreamt of going to Africa to start a new life there, helping the natives and also bringing help to the needy. Her elder brother was a like-minded fellow ,but he died when Mary was 25 years old. This devastated her and while she was still mourning her brother, the death of David Livingstone caused much grief in the church and this just fired up Mary’s determination to go to Africa.

In 1876, Mary was accepted to go with the Calabar Mission having received some form of training from the church. At age 28, she sailed for Calabar (located within present day Nigeria).

Her first mission was into the hearts of Calabar which was rumored to be a ground for ritual sacrifice of children and killing of twins, but this did not falter her decision.

Mary Slessor worked in the missions in Old Town and Creek Town and lived in the missionary compound for 3 years. She was forced to return to Scotland after contracting malaria in 1879, but she returned to Calabar after 16months. She battled a lot of wrongs to humanity in these community but the dominant one was the killing of the twins. She adopted every abandoned child and protected them in the mission house. Mary Slessor was able to easily integrate herself into the territory because of her amiable character and was able to win and stop the natives from the barbaric ways. 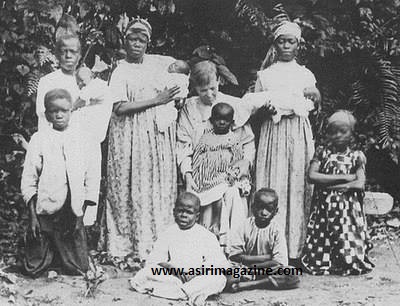 Mary and her Children.

She learnt to speak the native language, and instead of carrying out her evangelical mission, she focused on settling disputes between local people, helping heal the sick, campaigning against injustice to women, encouraging trade, stopping the practice of determining guilt by making the suspects drink poison and she introduced Western education. She was a strong force behind the establishment of Hope Waddell Training Institute in Calabar, which provided practical vocational training to Africans.

The tough terrain in Duke Town tested the body and soul of Mary so many times, malaria, high fever and other sickness were one of the many battles the early missionaries battled with in Nigeria. Mary would travel down to Scotland to recover when she’s very sick. During one of her sick leaves she met the young Charles Morrison,it was love at first sight although she was 18 years older than he was, there was no barrier when it came to the kind of love they had. David proposed to Mary and they had plans of getting married,sadly this noble intention of theirs never happened. Mary said in one of her journals that it would have been the happiest day of her life.

She lived alone with her adopted children; other missionaries couldn’t understand her passion, a woman filled with so much love for the children. She adopted 4 of them and took them to Scotland. 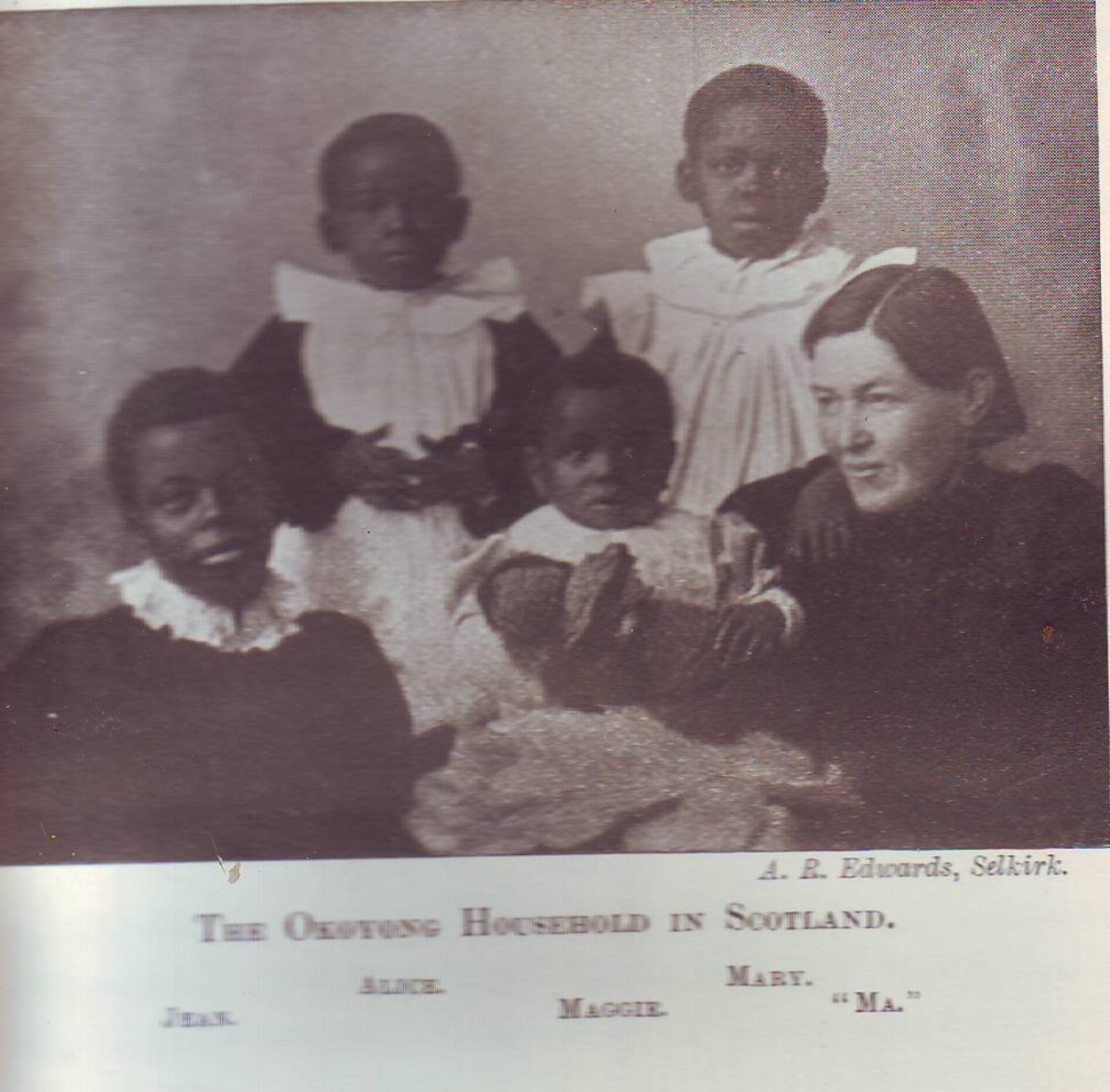 Mary Slessor with the four kids she adopted in Scotland.1881

In 1892, Mary Slessor became vice-consul in Okoyong, presiding over the native court. Her work in here earned her the Efik nickname of Obongawan Okoyong (Queen of Okoyong). This name is still used commonly to refer to her in present day Calabar.

In 1905 she was named vice-president of Ikot Obong native court. In 1913 she was awarded the Order of St. John of Jerusalem.

At the age of 55, she moved from Okoyong with her seven children to do pioneer work in Itu and other remote areas. Charging her Christ filled love and salvation to remote areas that were myth to most missionaries,areas that have been known as death fields for most white men. These lands she walked with pride,love and nobility.

Mary continued doing pioneer work while others came in behind her. Their ministry was made much easier because of her efforts. In 1915, nearly 40 years after coming to Africa, she died at the age of 66 in her mud hut. Mary Slessor has become an inspiration to all who hear her story. She was not only a pioneer missionary, but also a pioneer for women in missions. 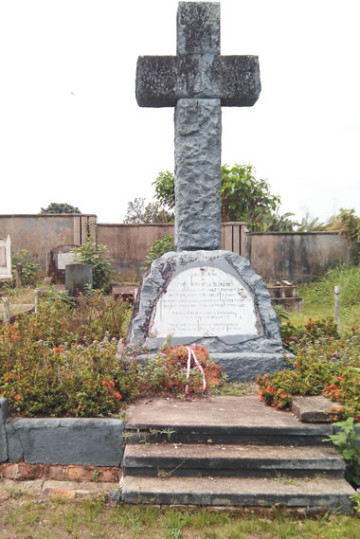 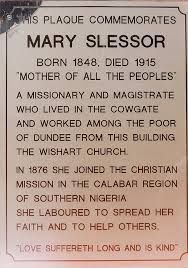 “Mother Of All People’s”

Exclusive Pictures of Some of  Mary Slessor’s Personal Effects  in Calabar. 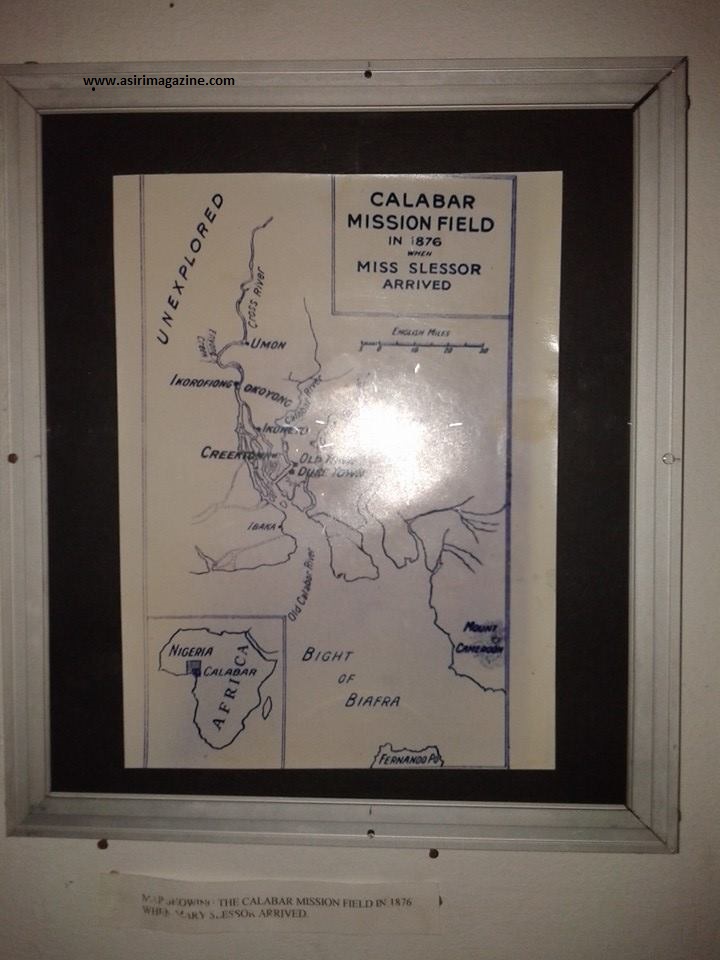 An Old Map of Duke Town. 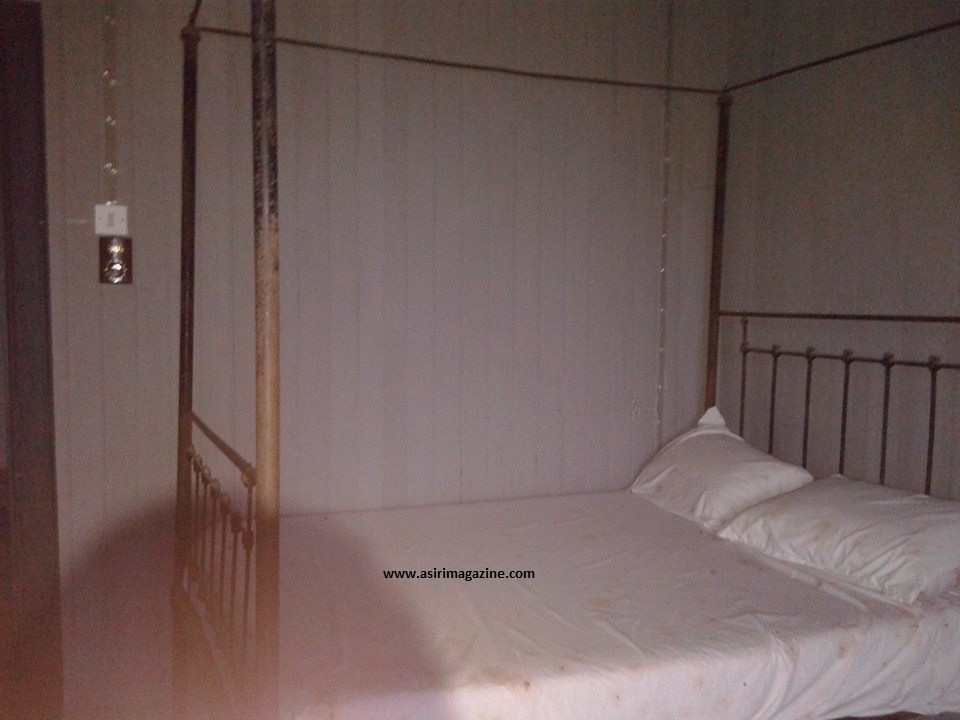 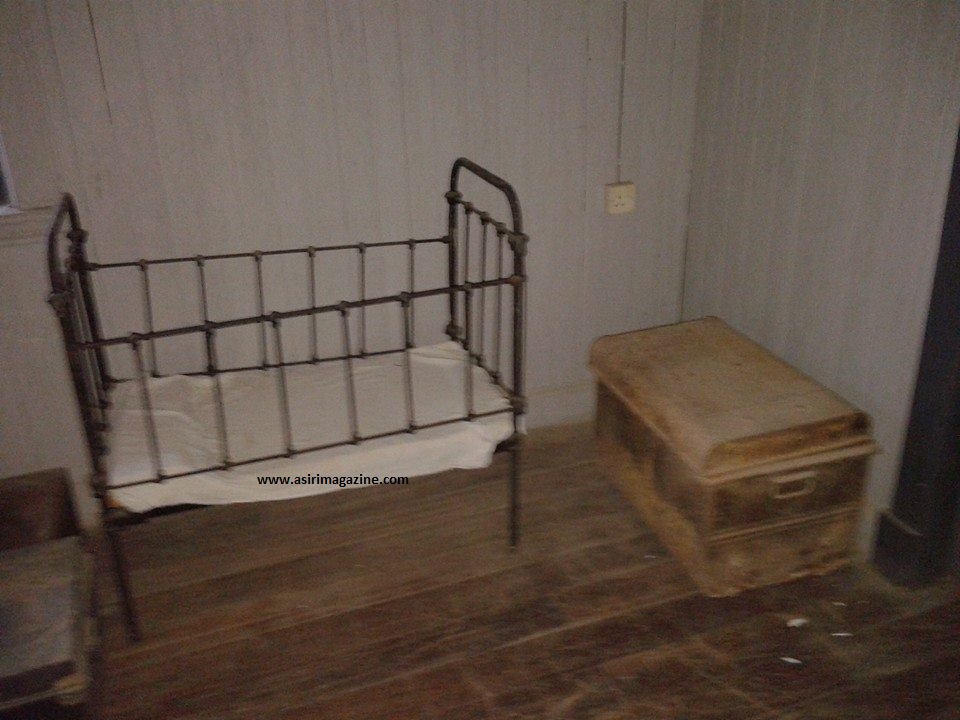 One of the many baby court’s she used in saving the kids of Calabar. 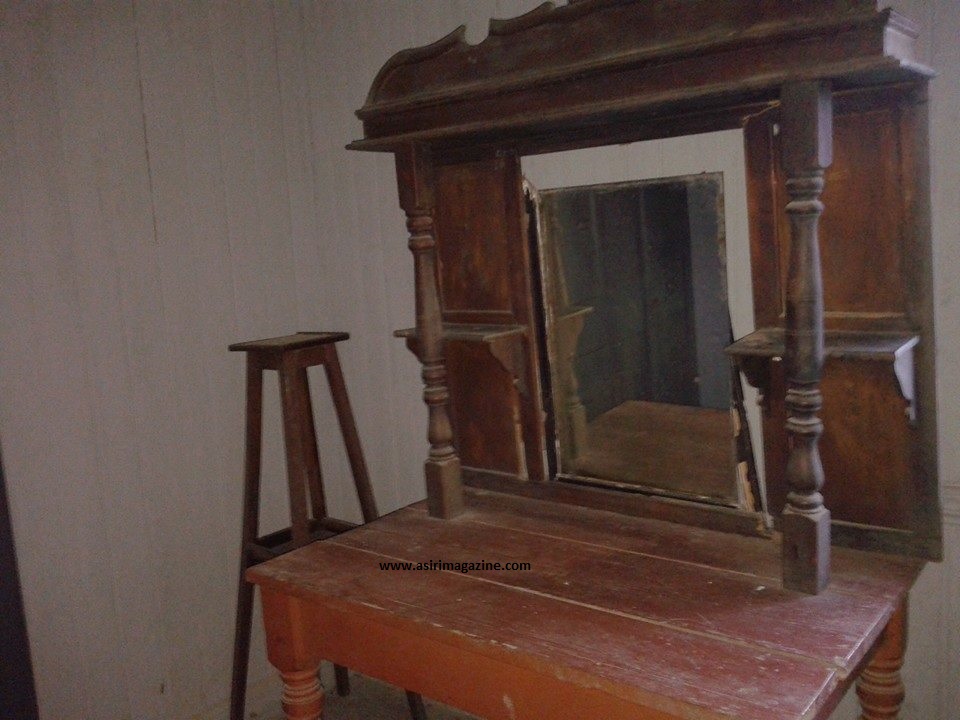 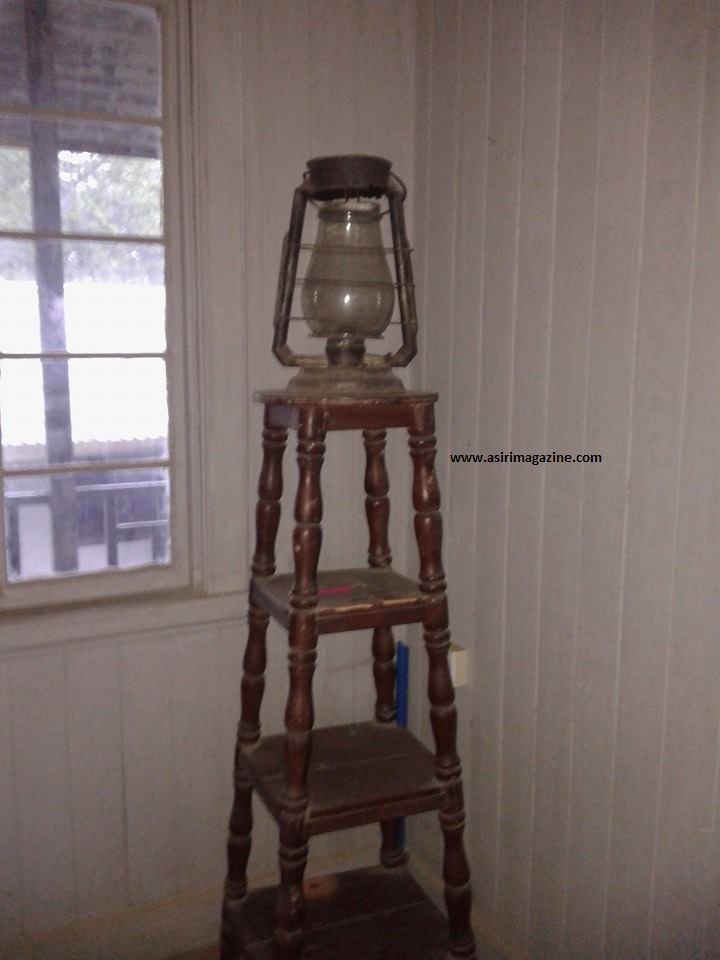 An Old Lamp by the Corner. 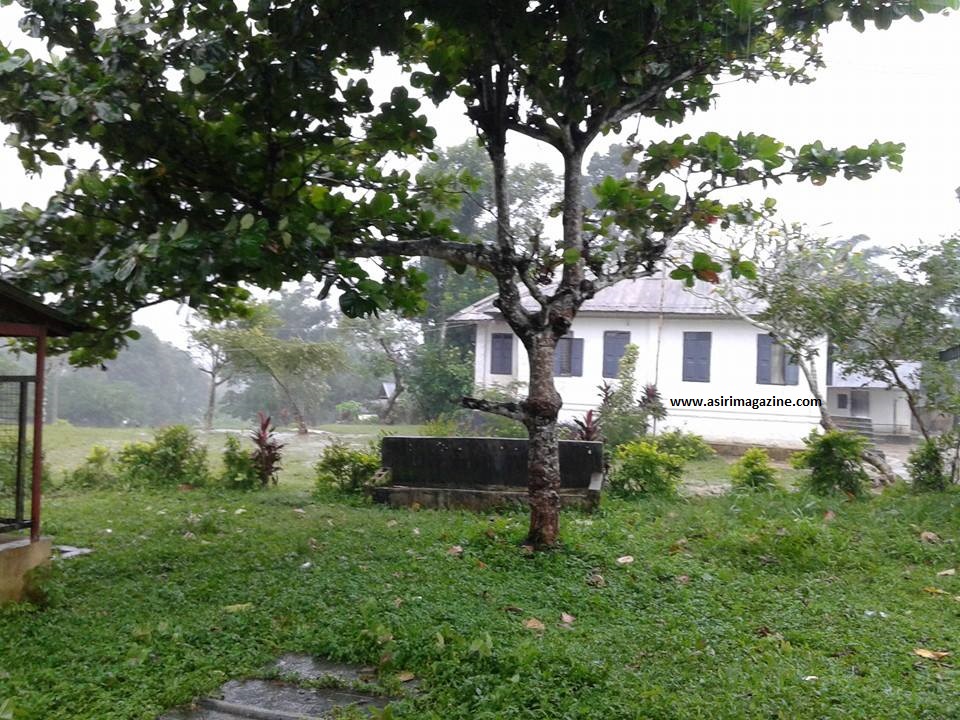 Thanks to Estella Ogbonna for the Pictures.

PICTURES: Glitz and Glamour from the 6th CORA Book...