Olumide Oresegun was born in Lagos, in 1981. He is a painter of immense talent and definitely one to watch out for. In his generation of Nigerian painters, who specialize in painting lifelike representations of the world and people, he is perhaps the most exciting. In 2006, Olumide graduated with a distinction in painting from Yabatech. 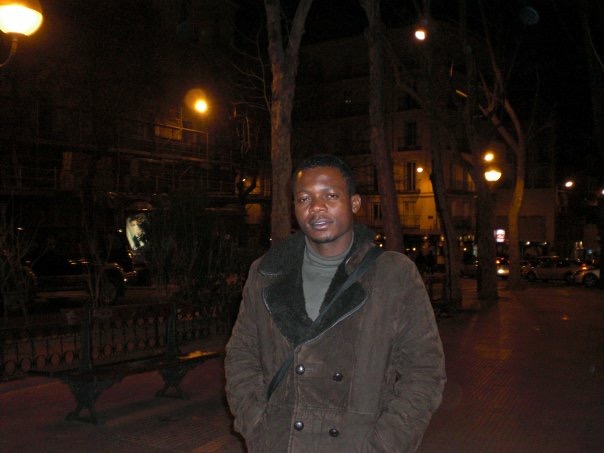 He has participated in several group exhibitions, and two successful solo exhibitions, which are namely, Moment of Reasoning 2011 and Glistening 2014. He has received awards both at home and abroad. Olumide had brief stint working in Spain, and has been greatly influenced by the works of Picasso, Titans, and Diego Velasquez. Also, while at Spain, he visited the Museo de Sophia and Museo de Prado, and was especially drawn to the work of Albert Durer, Titans and Velasquez figure. All these influences are evident in his meticulous and detailed realistic painting. 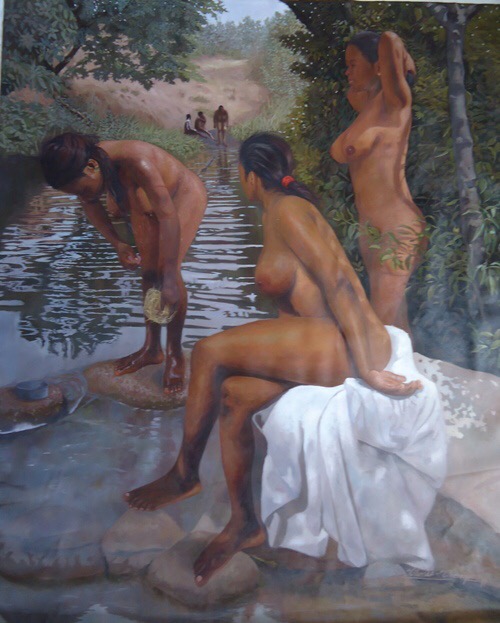 The idea for the painting, he says, came from a real life experience when he visited Goza, a village in Abuja. He saw many men and women bathing by a river bank. Though he could record the event, he chose to recapture it in his studio with his own models. What captures one’s interest the most, is not the nude women bathing, but their preoccupation, usage, and enthrallment with a old bathing sponge. To depict such a relic, as the focus of three graceful women, is a sight to treasure. 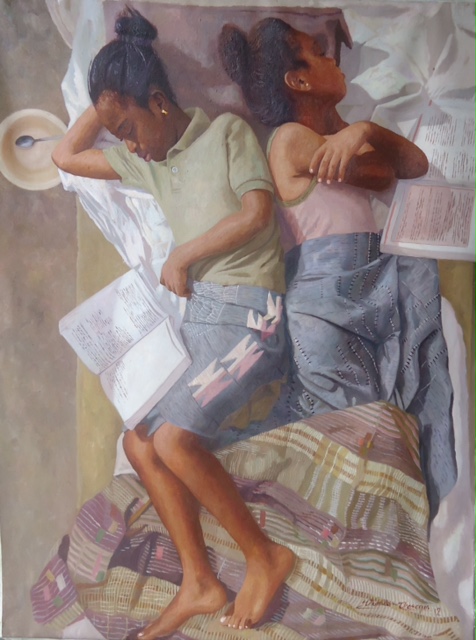 This painting is inspired by a tale of two girls who slept and dreamt of themselves floating after having eaten their favourite meal. Of course, this can happen easily after a hard day’s job, and a hearty meal. The girls, however, seem tired from homework. What makes this painting intriguing is that, though rendered in life, Olumide manages to still make it surreal. 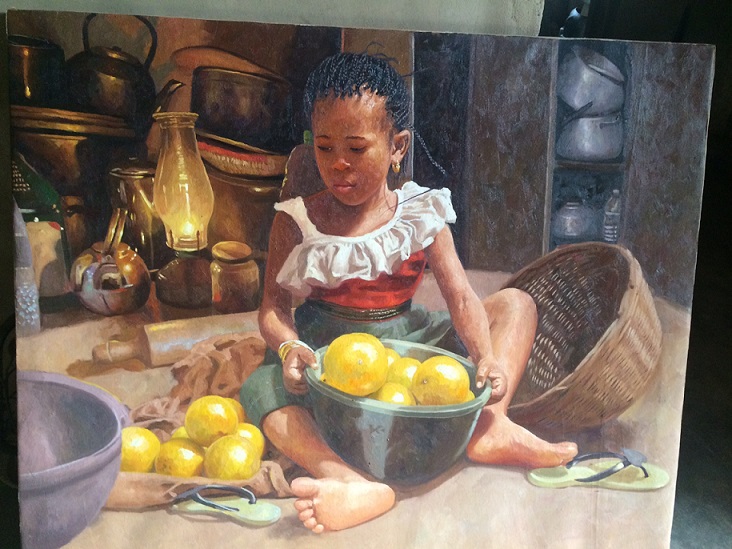 In this painting, the frown on a little girl’s face contrasts with her oranges, and the glow of the lantern behind her. 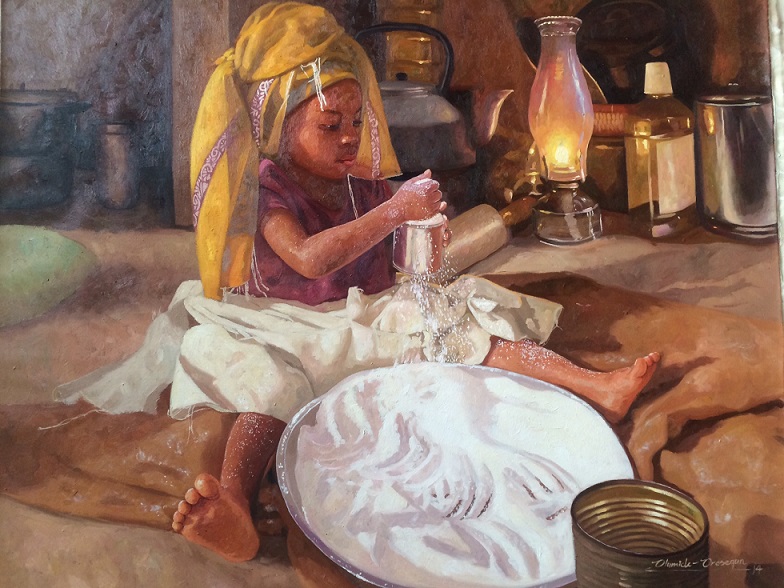 Olumide regards this painting to be one of his favourite. It is rare for a creator to play favourites with his creations, but with this painting, he sought to depict an average Nigerian kitchen. A child without her mother, siblings, toys or friends utilises what she finds in the kitchen. A tray of flour, which serves as the toys and the playmates she lacks. 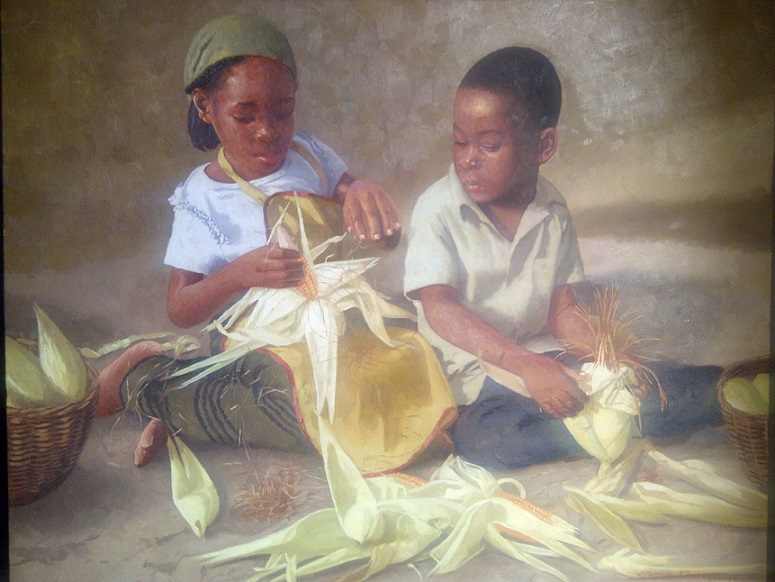 This scene, Olumide says, was inspired by a childhood episode with a neighbour who sold pap. The processes she took in preparing the pap, with help from kids in the compound, so captivated him. The unpeeled corn from the market, the husking of the corn by the kids, her grinding the grains and sieving it, was so interesting; he had to paint it years later.

Meet The Artist, News, Trending Meet the Artist:Olumide Oresegun an Apostle of Realism

Review: Ugomma The Girl That Fell in Love Too...