The Dying Legend Of The Kofar Mata Dye Pits

Ever been to the glorious ancient city of Kano before? The Pride of the North as its called,to know the history of Kano is to know the famous 500 year old dye pit. Now suffering from negligence,this great world class tourist attraction is in its dying stage? Whats happening?

Established in 1498, the Kano Dye Pits have existed in the heart of the ancient city of Kano for the past 500 years. Popularly referred to as the Kofar Mata dye pits, they have remained a tourists’ destination for students and researchers from all over the world. These pits are located to the east of the Kano City Central Mosque and are very close to Ganuwa, which are the old Kofar Mata historical gates and walls. It is said that the dye pits existed long before the construction of the Kofar Mata gate and walls. 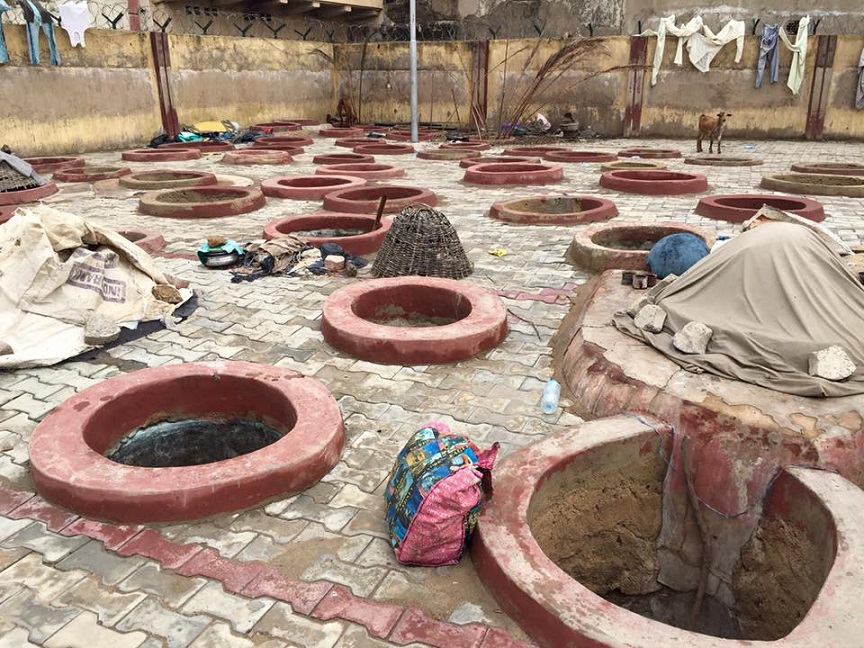 According to history, the originators of the Kofar Mata dye pits were the earliest wisest business men, who cleverly set up this industry in a time when even the western world was yet to be industrialised. These pits played a significant role in the economy of the business community of Kano during its time There are about 100 dye pits at the Kofar Mata dye pits, grounds of about 12 pits below the ground with each pit being about a meter of two from the next. However, these pits are now dying. They have not evolved with time as the techniques used in dying of clothes and other textiles still reflect old technology and practices. In our ever fast evolving environment, these pits face threats of extinction. Most of these pits are now clogged with refuse and stones and only one pit remains functioning. 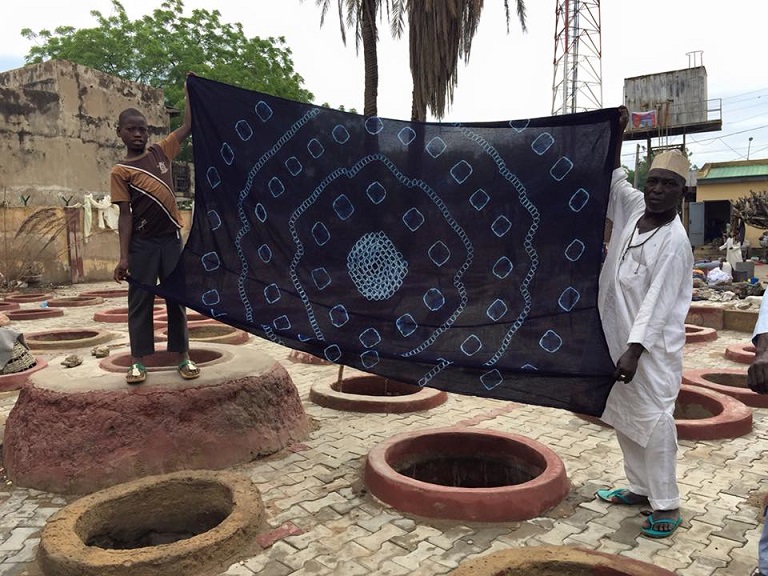 Nevertheless, the Kofar Mata dye pits have travelled far beyond the knowledge of Nigerians and found its way into history books all around the globe. A day in the life of the dyeing pits shows that the dyeing process has remained the same for centuries. Water and ash are mixed to give the dye glaze and it is then mixed with potassium, to set the colour. Finally, dried indigo twigs are added and the mixture is then left to ferment for four weeks, in a six meter deep pit. The garments are then dipped in the dye, from periods of 30 minutes to 6 hours. The garments must be taken out every minute to allow oxygen aid the dyeing process. Each mixture has a specific function to give a specific colour or colour quality and a well mixed dye pit can last for about a year. Once an indigo pit has been exhausted, the sludgy residue at the bottom is dredged out and burned. This concoction can be used to alleviate pregnancy pains, cure pile, rashes, diarrhoea, starvation among other ailments. 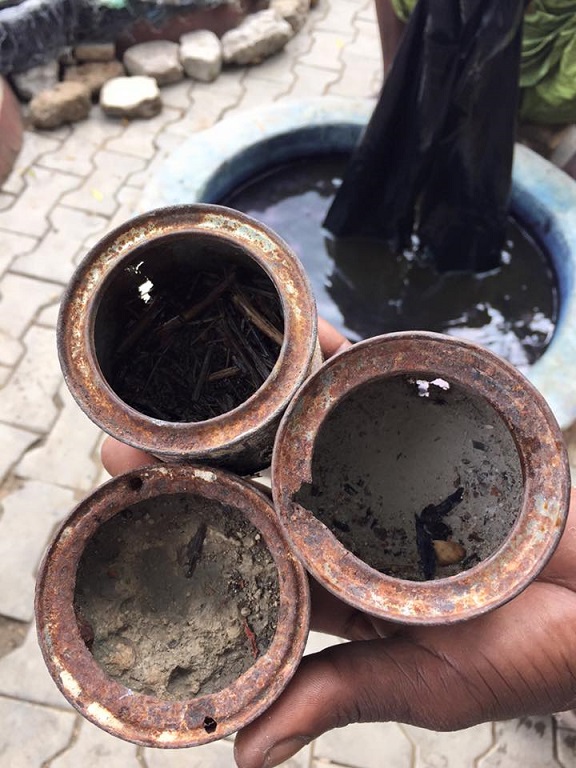 The Kofar Mata dye pits are slowly becoming a shadow of itself, the experience it offers remains unexploited. The abilities which these pits hold have not been maximized to their full potentials. The industry will continue to survive, as its quality and originality will keep it going. 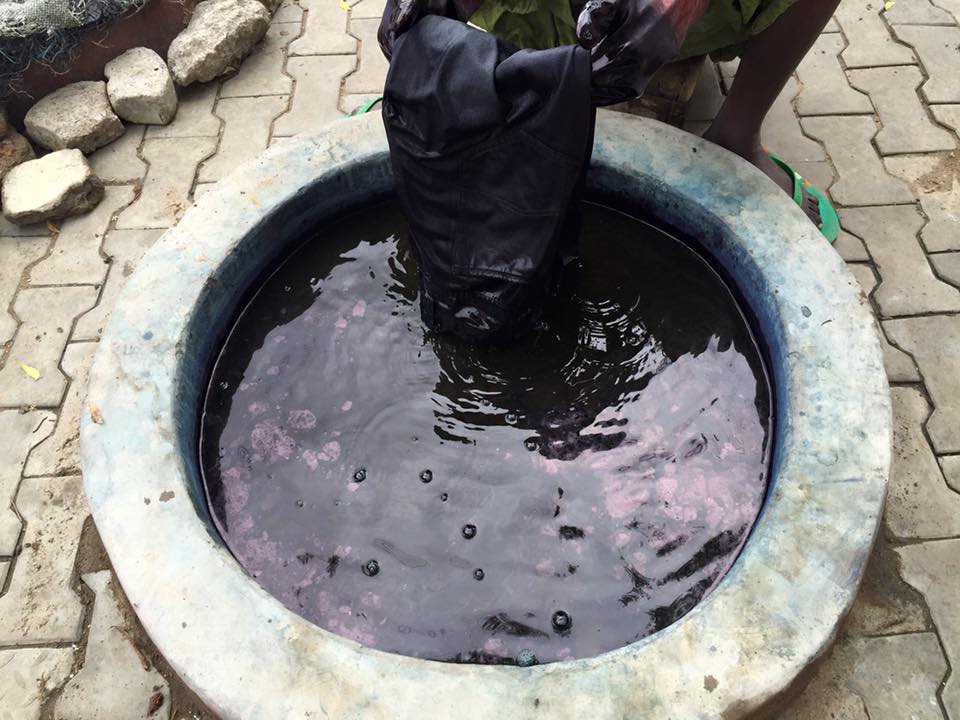 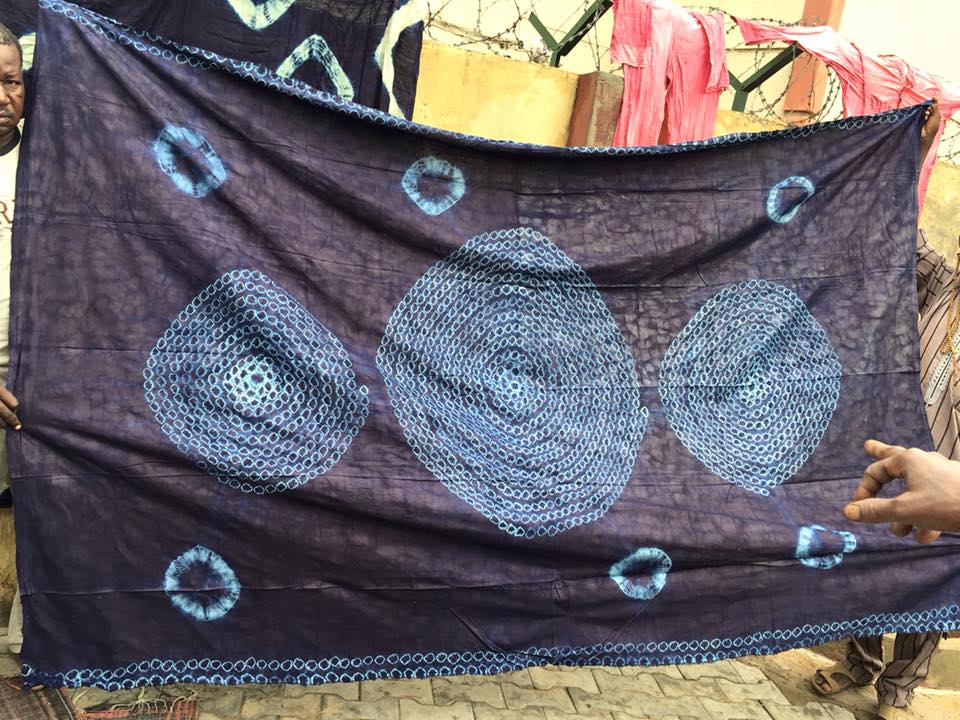 Cloth material made from the famous kofar mata dye pit