Members of the ‘Artwatch Africa Ambassadors for Creative Expressions’ have condemned the attack on Studio Abazon of Burkinabe top rapper and revolutionary artiste, Serges Martin Bambara aka Smokey. The attack occurred in the morning hours of Thursday September 17 in Ouagadougou, the capital of Burkina Faso. The attack was reportedly carried out by members of the RSP, otherwise known as the ‘Presidential Guard,’ led by General Gilbert Diendere, the leader of the military junta that seized power in the country early today. 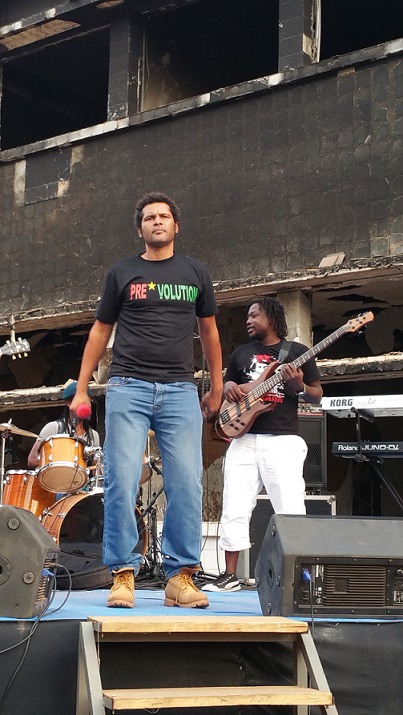 Smokey is the leader of a popular socio-political movement called “BALAI CITOYEN” (The Citizens’ Broom), which led the revolt against the dictatorial actions of former President Blaise Compraore. The popular revolt forced Compraore to resign and flee the country on 31st October, 2014. General Diendere was number two man to Compraore, and his leadership of the RSP had targeted Smokey and members of ‘The Citizens’ Broom, ” whom they perceived as enemies of the ousted Compraore.

Studio Abazon, according to rights activists in Ouga, was rocket-bombed by members of the RSP. According to report, the well-equipped studio, which is the hub of young and aspiring musicians in Ouga, was damaged beyond repair, which confirm the suspicion that it was an orchestrated attack on the artiste, who in recent years has become the rallying voice for the politically decimated angry and idealistic young Burkinabe. 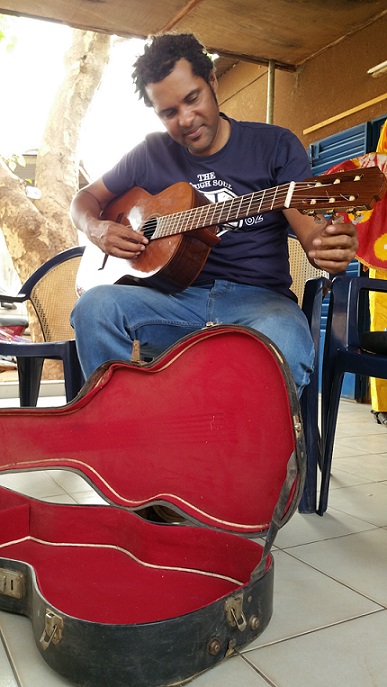 Earlier in March, Smokey had played host to eleven other top musicians from eight African countries, who are known as the Ambassadors for Creative Expressions under Artwatch Africa, a project promoted by the pan-African body of artistes and culture workers, Arterial Network. The eleven musicians had recorded a single track in the studio titled RIGHT TO LIFE, which incidentally was campaigning for the freedom of artistic expressions.Two of the ambassadors, Nigeria’s Ade Bantu and Senegalese Didier Awadi, who spoke against the bombing of Studio Abazon, said the bombing reaffirm the fact that artistes’ life is not secured in many parts of the continent, and that African leaders.They urged the Economic Community of West Africa, the African Union and the United Nations to make necessary intervention to ensure that the attackers of Smokey’s Abazon studio are brought to justice.

Also a statement from the Project manager of Artwatch Africa, Diana Ramarohetra, who coordinated the ‘Ambassadors’ workshop and recording in Ouga in March, stated in part: “The artists are in danger in Ouagadougou. The Artist is not terrorist… the artist has the right to defend what he thinks is right. Of course, his voice can be stronger, his words more minced, more aggressive. But as it is often said only the truth hurts… The Artist has a responsibility to the public, towards his convictions. The Artist is there to denounce where the social contract has been broken. These artists, despite their commitment to organizations in the civil society, and despite the challenges that confront their legitimacy, are non-political. They aspire to one thing: That Africa puts an end to these political unrests that continue to hurt our image and our future”.

Meanwhile, RIGHT TO LIFE, the musical video that was audio-recorded in the bombed studio and mastered by Smokey, will be formally presented in Nigeria on Friday September 18 during the monthly AFROPOLITAN VIBES concert of Ade Bantu. The Senegalese, Didier Awadi, who also has a bit of his family from Nigeria, will also be featuring in the concert as well as presenting the video clip. Time is 7pm in the Food Court of the Freedom Park, 1 Hospital Road, by Broad Street, Lagos. 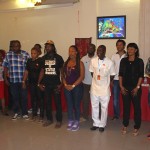 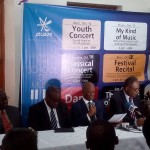