The monthly Lagos@50 colloquium continues this month with the architect, designer and culture activist, Theophilus Abiodun Lawson delivering a talk on DEVELOPMENT OF A CITY OF CAPTIVES 1850 to 1960. The lecture will happen on Saturday January 28 at the Freedom Park, Lagos – a former colonial prison, which incidentally was converted into a massive art centre by Architect Theo Lawson. 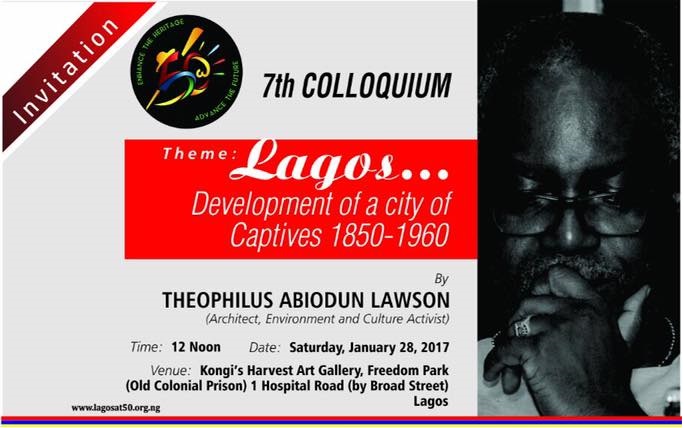 The lecture will also feature performances by the youth-centric Footprints of David based in Bariga, Lagos, and the Team Nigeria, a group of young performers who are currently engrossed with a project aimed at breaking the Guinness World Record for the longest theatrical performance in one single show.

The Colloquium event is a monthly lecture series of the year-long Lagos@50 May2016-May2017  programme designed as a build-up to the main celebration of the 50 years of creation of Lagos State, which climaxes in a gala event in May 2017.

The Nobel laureate, Professor Wole Soyinka is the co-Chair of the Celebration planning committee.

LECTURE THEME: On the lecture, otherwise named “Planning a city for Colonization 1850-1960”, Lawson, also a history-enthusiast, wrote:  “A friend once said “In Lagos, we live in a prisoner of war camp.” I took it as another of her ‘socialist’ arguments and paid little notice. Recently I have had cause to engage the Lagos environment physically and by study of maps through history; and I have had a rethink on the notion.

“Lagos, “Eko” meaning Camp in Edo, has had a long and intriguing history; with tales of betrayals, greed, conquests, international trade, and trade wars and sieges; of settlers from Benin, Brazil, Sierra Leone, Portugal and Britain; all contributing their quota its developmental history. 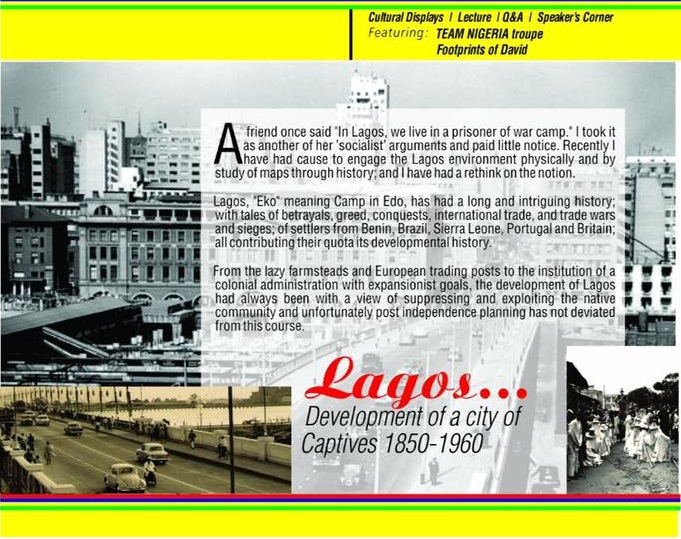 “From the lazy farmsteads and European trading posts to the institution of a colonial administration with expansionist goals, the development of Lagos had always been with a view of suppressing and exploiting the native community and unfortunately post-independence planning has not deviated from this course”. 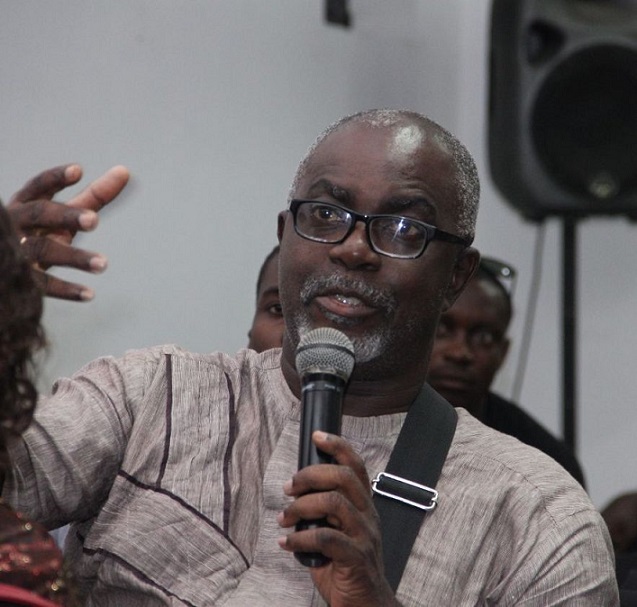 Theo Lawson was born in Lagos Nigeria, in 1959. He studied architecture at the Architectural Association School, London between 1978 and 1985. While there, he joined the tropical design unit in the second year to explore the use of traditional African building materials and techniques; the following year, he moved to a high-tech design unit to find an understanding and balance. Most of his schoolwork thereafter sought to find a synergy between his cultural values and prevailing architectural narratives.

On graduation, he returned to Nigeria and settled in the scenic Jos plateau away from the major urban centres of Lagos and Abuja. He joined the Afro Planning and Development Company as Architect and worked on several industrial and commercial buildings. While in Jos, he was attracted to the Museum of Traditional Nigerian Architecture (MOTNA) and went on to learn and experiment with earth construction techniques culminating in being invited to design and build the Bauchi State Museum in 1987. This was built using the traditional ‘Tubali’ mud bricks. Amidst his other conventional commissions, he continued experimentation with earth construction and low cost bespoke furniture. After a five year stint in Jos, economic realities prevailed and he returned to Lagos to set up Total Consult, a design and build practice, in partnership with a Quantity surveyor/Builder and a Furniture maker.

In 1999, he teamed up with other architecture and design firms to form the C.I.A. (Creative Intelligence Agency), a collaboration that spearheaded ideas for Lagos in the Millennium. Total consult conceived an idea to provide an oasis park in the heart of the Central Business District in downtown Lagos. This would become a reality ten years after. He designed and built the Motherlan’ performance centre for Lagbaja in 1994 and carried out extensive refurbishments and additions to the New Africa Shrine over a period of 7 years. He also designed the event centre – Yard 158 in Ikeja. The Company Total Consult as part of its CSR, supported various Theatre and entertainment practitioners including; Unilag’s Theatre 15, Tee A, Babyface, Julius Agwu, Bouqui with stage set and lighting.

In 2012 and sequel to the realisation of the Freedom Park, he designed and built the Kalakuta Museum in honour of African icon Fela Anikulapo-Kuti. He has a number of other public culture spaces in planning stage.

‘Yoruba Religion can solve the Challenges of Peace in...

‘We Are the Response…Documentary as a Development Ideology’ –Femi...