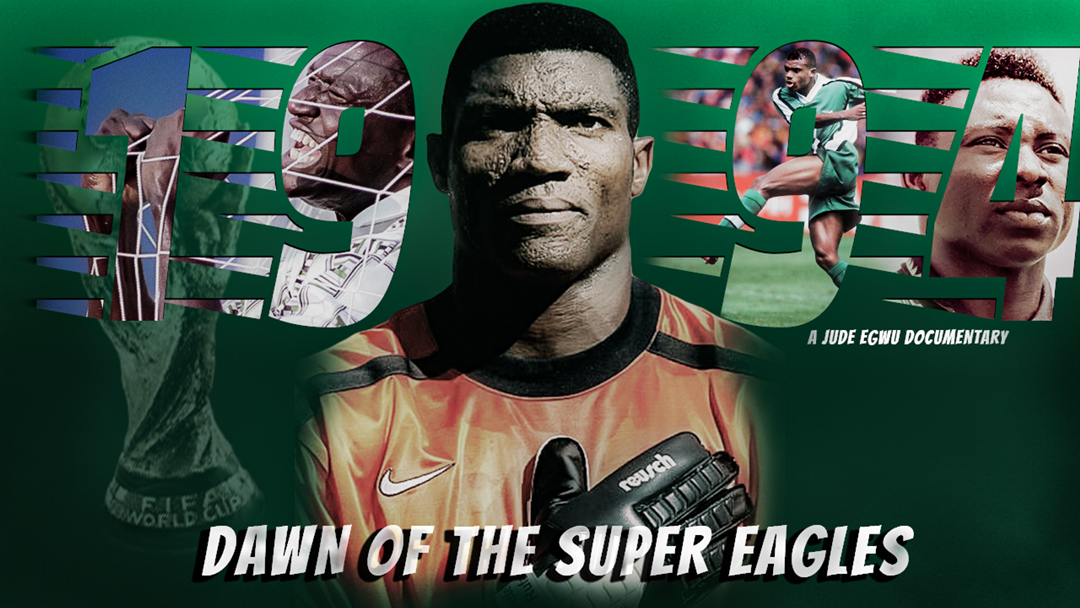 The purpose of this documentary is to educate young Nigerians about important historical events that occurred in 1994 which has either been forgotten or ignored.

Although the Nigerian super eagles failed to qualify for the 2022 World Cup, it is important that we remember they were once a force to be reckoned with. This documentary shows why the super eagles triumphed in 1994, and why they’ve failed (thus far) to beat their 1994 record.

The documentary brings into light the great football exploits of the famous George Finidi, who was a 22-year-old play then for an International Club, Ajax of Amsterdam, and not to forget the magical thunder strikes of Rasheedi Yekini

This amazing film brings a rush of nostalgia feeling about the great exploits of the Super Eagles and also puts into question what is the future of football in Nigeria. The film also brings into highlights the state of the country back then with its off-and-on Military coups and its interference with the Super Eagles

You can watch Dawn of the super eagles now, on YouTube