Going to Obafemi Awolowo University (OAU) Ile Ife had been my dream of studying in any Higher Insitution in Nigeria. University of Ibadan was a second option but my Dad wont allow that for some reason best known to him. 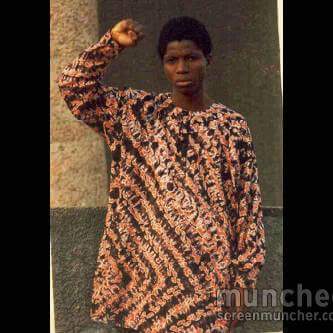 The then Student Union Sec-Gen of Obafemi Awolowo University,’George Yemi Iwilade also known as ‘Afrika’ Killed during the Massacre

July 10 1999,the new broke that students of OAU were brutally murdered in their hostels by members of the Black Axe confraternity. I had just finished writing WASSCE then. “Campus Circuit”, a program student oriented program on AIT gave exclusive coverage of the incidents. The videos and footages shown on the TV station were detailed but too gory for my mental health. This made me angry and afraid at the same time since my dream of going to OAU was being threatened.

Who kills students in their hostels. OAU was known for its student unionism and “militancy”,what’s happening? I had reasoned.

I wrote Jamb years after and i was eventually given admission, the long strike in 2002 didnt allow us to resume accordingly. Finally, the strike was called off the year after. I had made it a personal duty to resume 5 months before the resumption date set for Jambites. In my own way of self introduction to the school, I went to Awo Hall, walked to the famous “Student Union” floor, past the room where “George Yemi Iwilade” ( one of the students butchered in the hostels) stayed, entered into the same room where he was shot and hacked into pieces by his attackers.

The then SUB Building was my hangout point and i met people that knew the 5 murdered students one-on-one. School resumed,”Revolution” was the President at the time and a family friend i grew up with was the VP,”Kike Lawson”. Automatically, I jumped into the spirit of the school Unionism and “Militancy” in my own way with all fours.(well in my own little way)

I remember the Anniversary that was held that year on July 10. It was a rainy day, Dr Dipo Fashina was there to lead the rally. Tony Fash and some other Union leaders were around. A picture board was displayed at the SUB for students to see what happened on July 10th, 1999. We then matched down to where some of the students were buried. It was raining heavily and over 2 thousand students were in the rain,chanting and singing. We were soaked in the rain. Our hearts were heavy, we were angry. It was the perfect initiation for me.

All through my years in OAU,i still think about the murdered students. Will their families ever get close-to-justice for their loss, will Prof. Wale Omole ever come out and say what really happened?

Years after, I had the opportunity of interviewing “Lanre Legacy” the then President of the Students Union in 1999 when his Sec-Gen was murdered.He himself a target of the planned attack but was fortunate to escape. It was on my birthday and he had fixed the date for the interview at a location he gave the address. I had no plans of sitting at home or doing anything for my birthday. The interview was just the perfect birthday gift.

We met, standing before him was like standing before the President. It was an honour. And for over 5 hours he gave me step by step details of how it all happened from June 8th to the fateful day of July the 10th. He said “it was the most detailed and revealing interview” he ever had since the awful incident. Hot sweats ran through my brow and goose bumps germinated on my body like maize as he narrated the story of what is till date, is the most vicious attack on student unionism in Nigeria, if not in Africa by cult members.

Will there ever be Justice for the Murdered Students, for their brilliant lives cut short in their prime? George Yemi Iwilade would have been one of the brightest lawyers in Nigeria by now. For someone who challenged the Faculty of Law OAU for forcing the customary “Black and White” Outfit on him, he argued that, as an African, he could wear his traditional outfit. His heroic display of courage and strength in Yaba while protesting and to the brave scene where he and Legacy were being beaten by Mobile Policemen. The microphone Legacy was holding fell down from his hands and Africa picked it up and said “My President, continue your speech ”…

Their killers are roaming free today,enjoying fresh breath while the victims lay cold, deep in the ground. Will there ever be Justice for the “OAU 5”, Will there ever be closure from the past for the Parents and Relatives of these martyrs? Time will tell.

‘UNSTABLE the Play,’ Set to Grace the Lagos Stage