The Matriarch of the Awolowo Dynasty Marches Through Life

If ever you have read Chief Obafemi Awolowo’s famous book “My March Through Prison” you would understand the vital role HID Awolowo played in the life of the late sage; of how she brilliantly stood her grounds and ensured peace reigned amidst political tussles and even when she was harassed and pushed to provocations, her commitment to Awo’s course remained unflinching throughout the turbulence that engulfed the then Mid-Western region and the entire country.

I still bear the publisher some grudge that the book should have been titled “Our March Through Prison” instead of what it is,to make sure the title embodies the indefatigable roles of HID. With respect to the underground functions and agitations, especially being a thorn in the enemies flesh, i can tell you mentally and emotionally his beloved wife equally went through all the torments associated with Nigerian prison walls that Awo experienced.

Born as Hannah Idowu Dideolu Adelana November 25, 1915 to a small modest family in Ikene,Ogun state, in those days when moral virtues were the hallmark of respectable beauty, she got married to Chief Obafemi Awolowo in December 26th 1937. 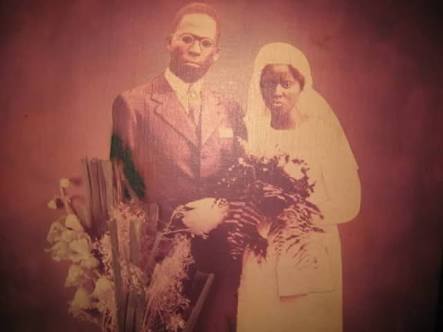 As the marital vow goes “for better for worse”,the inestimable Jewel and Apple of Awolowo’s eye went through the corridors of marriage and motherhood for better for worse,this process made her the great amazon she is today even in death, she remains a legend.

As a successful business woman and active politician, she played a very strong role in the Western Region politics in the early 50’s and stood by her husband through thick and thin as a rock when government attacks came in barrage on her husband’s personality. 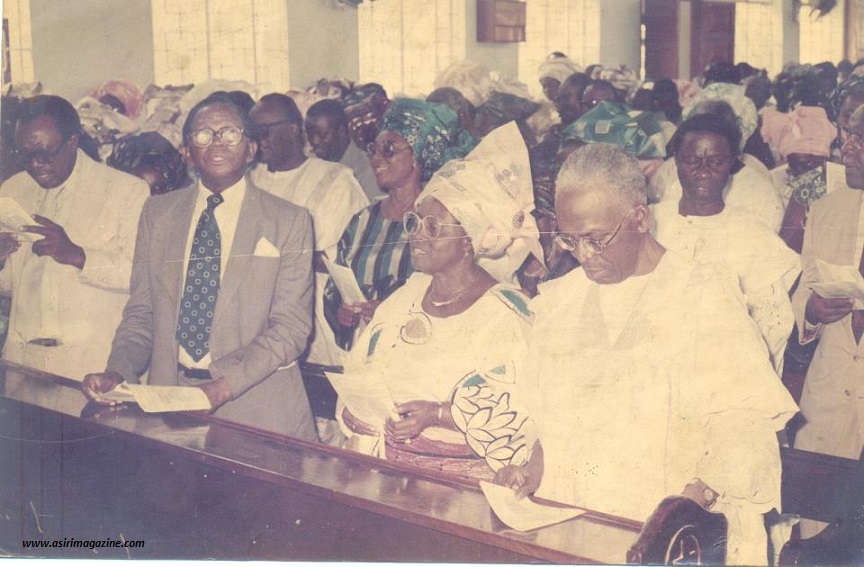 R-L Chief Obafemi Awolowo, Mrs. Hannah Dideolu Awolowo, H.O. Davies, Chief Adetokunbo Ademola at a Church service. This is a rare photograph and it was taken in 1977

When Awolowo was arrested for treason and remanded at the famous broad street prisons(Now Freedom Park, Lagos) in 1966,a lot of people thought the “AWO” forte will be left vulnerable but little did they know that ,the General might be in prison but he had a trained sergeant on ground to effectively run things on his behalf.The torment HID went through during Awo’s incarceration was worse than anything you would wish your enemies; Mr.John Lynn maintained intense harassment on her; her constant trek to Broad Street prison to bring food for the late sage, and even during this period her home in Ibadan was under constant Police guard and surveillance. A few loyal members of the Action Group stood by her at this time to make sure she didn’t feel the void of their leader so much. 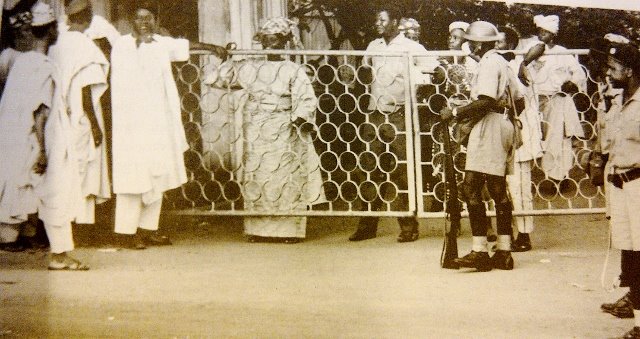 Mrs Hannah Awolowo conferring with Action Group officials, Ibadan 1965 when her husband was in prison

Matters became worse when Awolowo was in prison in Calabar, the news broke that her son; a Cambridge law student,Olusegun died in a car accident in 1963. This news tore the Awo family to shreds and even made the late sage cry like a baby when he was told. No mother will wish to bury her son,but still she kept calm and continued her journey.

On 9 May 1987,she lost her beloved husband,partner,best friend and lover. And ever since then Mama had kept the “Awo” dynasty intact. Later on in the 90’s when the crush of Military dictatorship was hard on Afenifere members,Mama was the only pillar they could run to for Advice and succor. Even when corrupt politicians were running to her for blessings and “political” endorsement,she never compromised the “Awo’s” standard for truth and justice.

31 years after her husband’s death, she became the Pillar of great and outstanding motherhood in Yoruba land,the Yeye Odua. Two months to her centenary birthday,the Matriarch of the Awo dynasty passed in her sleep to join her beloved husband. 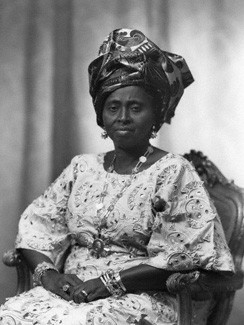 Article, News, Trending The Matriarch of the Awolowo Dynasty Marches Through Life

PHOTO’S: Inside the Magical World of Polly Alakija