For the people of Gaji though, Kunu is more than a drink, it is a staple food. For over 600 years, it has formed part of their cultural identity. Every day they make a fresh pot of kunu. When a visitor gets to Gaji there’s always a pot of kunu waiting. Kunu can be made from either  millet, guinea corn or maize. The people Gaji, however, would only use maize when they run out of millet.

When hungry, children busy at play knew they could always get a fresh cup of the nourishing drink, and once refreshed, would continue with their play until dinner time. Traditionally, unlike in most African cultures where a visitor is offered plain water, in Gaji, it is considered rude and insulting  to offer your guest Water ” bekin ruwa”. Bekin ruwa literally translates to black water.

For the Jarr people of Gaji, water ought to have some colour. As a house wife, when a visitor comes into your house, and you have not made kunu for that day, you will take a little bit of the millet flour  and  add to the water to give it some colour and make it tasty. That’s the mark of true Gaji hospitality.

By current standards, Gaji men would be considered romantic. It is the men who shop for the family. Indeed, the people of Gaji could not understand the barbaric culture, which was common in other places, of women going to the market and shopping for the family. It ensured only men knew the environment well, because only they got to travel to the different Gaji villages, on each of their different market days.

Sometime in 1953, a certain Gaji man went from Gaji Gamu to the next village Zanli, both villages within present day Alkaleri Local Government in Bauchi State, to shop for his family. On his way, he met and mingled with lot of other itinerant traders.

So this man called Nisa, soon found himself in the company of a Fulani man, who asked him where he was coming from, and he answered ‘‘from Gaji’ Then the Fulani man asked him ‘do you know any Nisa from Gaji?’ The man said he did, but rather than reveal he was the person the Fulani man spoke of, he asked ‘so what about Nisa?’ 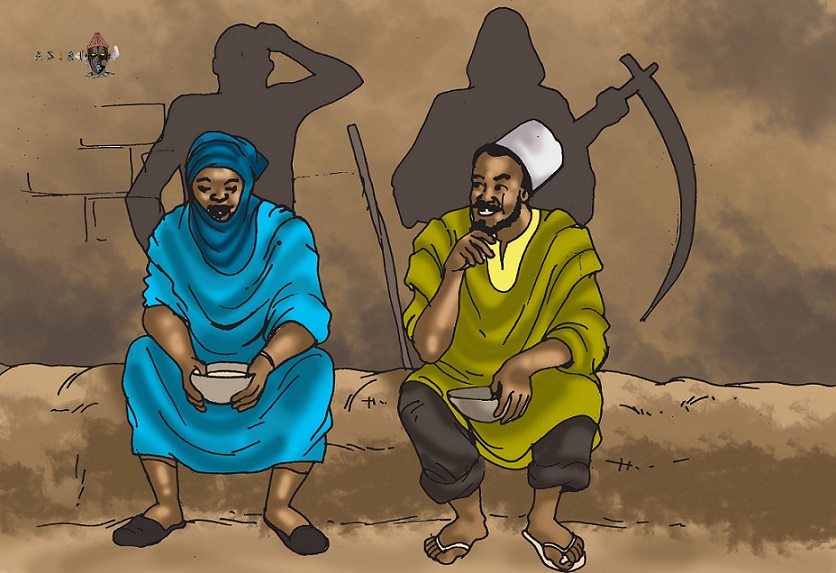 ‘Today, Nisa would be Nisa from the world’ was the reply. It was no pun. It meant, today, Nisa, which means far,  would depart from this world. ‘Why?’ Nisa asked. ‘When he gets to Zangli he is going to lodge with a friend, who would offer him poisoned kunu to drink. This friend purchased the poison from me, and my poison has no antidote’’ the Fulani man said with pride, before adding quickly, that ‘if Nisa drinks the kunu that he will die immediately’.

Nisa was too shocked to say anything in reply. He walked to the market in silence, pondering what he’d just heard. At the market, he conducted his business normally, and when he was done, went to lodge at his friend’s house.

Upon entering the house he was well received by his friend.  As custom demands, he was offered kunu.

‘My friend, thank you for this drink, but I will be unable to finish this kunu, bring a bowl and let’s drink it together’, the man declined. 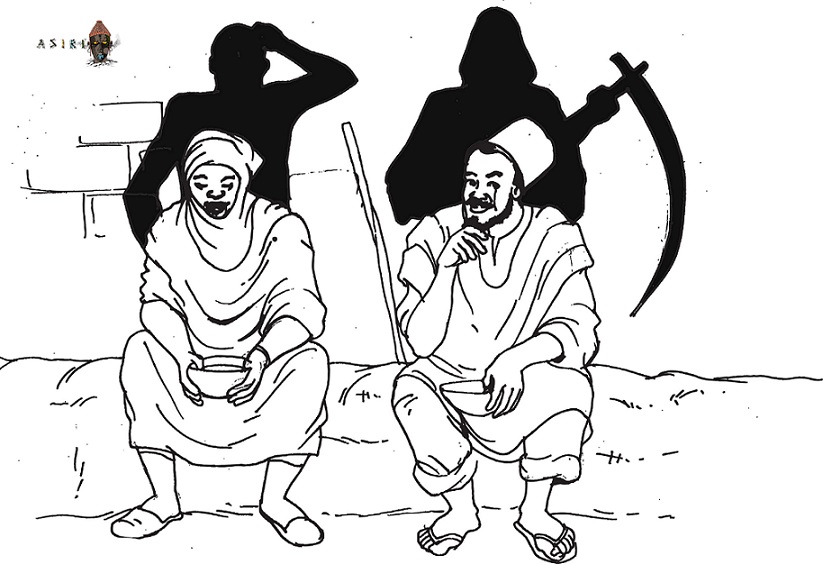 Nisa acted surprised. ‘Haba, we both must be tired working all day at the market, let’s drink together’’. Still, his friend declined, saying he’d already had his share of kunu. But Nisa would not relent in his desire to have them share his bowl of kunu. They kept going back and forth, and caused such a commotion that it attracted the friend’s family.

Nisa told them his friend had refused to share a bowl of kunu with him. By now, his friend’s face was covered with hot beads of sweat. Nisa asked, ‘‘My friend, is it that there is something bad in this drink?’ the man looked up in shock, and said, ‘Haba, you think I want to kill you?’ His wife, who was standing beside him, got angry and looked worried, because she prepared the kunu before the two men came in from the market. But it was her husband, Sanni, who served his friend Nisa the drink.

‘‘If you have not put any poison inside this drink, let’s share it together’. Sanni was shaking visibly, but still insisted on not sharing the drink with his friend. By which time, his wife had heard enough, and ran into the kitchen to fetch a bowl of kunu to prove her innocence. Because she thought the other members of the house were beginning to suspect her. Once at the kitchen she scooped the kunu, and just as she was about to drink it, Sanni took the bowl from her and hurriedly forced the kunu down his throat.

While Sanni took the drink, silence pervaded the house. The family just stared, flummoxed by the strange behaviour of Sanni and Nisa. Sanni smiled, brought the bowl down, and said ‘You see now, there is nothing in the drink. I just did not want to drink it because I had had enough. But, now I know what kind of friend you are Nisa’.

Nisa was remorseful, and felt bad he had wrongly accused his friend and household of trying to poison him. So he took the bowl of kunu, and as he was about to drink it, Sanni grappled his throat and starting growling in pain, and soon rolling all over the floor. Nisa paused and placed the bowl down and looked at his friend rolling in pain holding his stomach.

His wife rushed to his side immediately. But there was nothing anyone could do but listen to Sanni confess with his dying breath, how he had been envious of Nisa’s business and how he purchased a very potent poison from a Fulani man to kill him.

Nisa picked his bag and walked out of the house.

It said that this story is usually served with kunu, myth or legend? We may never know.

A Big Thanks to Mrs Mojisola Olatinwo for sharing this amazing story with us. #ASIRI