LAGOS- Following the resumption of the Federal Judiciary after a two-month vacation, there are indications that the pending case between Artist Owie Smart and the Federal Government of Nigeria will begin to receive the much needed attention by the Lagos Division of the Federal High Court. 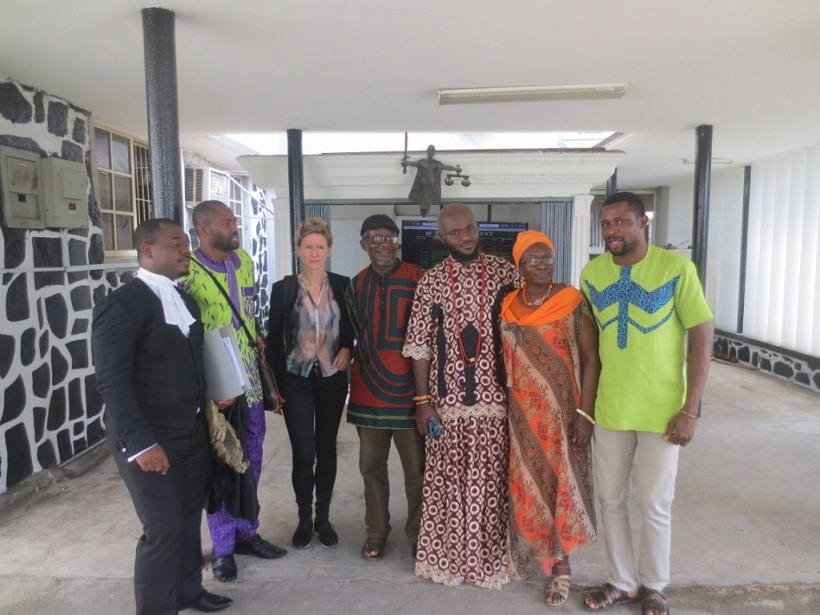 On Tuesday 27th of September 2016, after several adjournments, the case made its first progress, when two, out of the eleven respondents, filed in their defenses on the claims of damages leveled against them by the plaintiff. Owie is suing for the sum of N50 million for damages caused him. He was shot in the leg during the demolition exercise carried out in January under the supervision of the General Manager of the National Theatre, Kabir Yusuf Yar’Adua, purportedly acting on the directives of the Minister of Information and Culture. Owie was subsequently denied police report, a requirement for treatment of gunshot injuries in Nigeria. 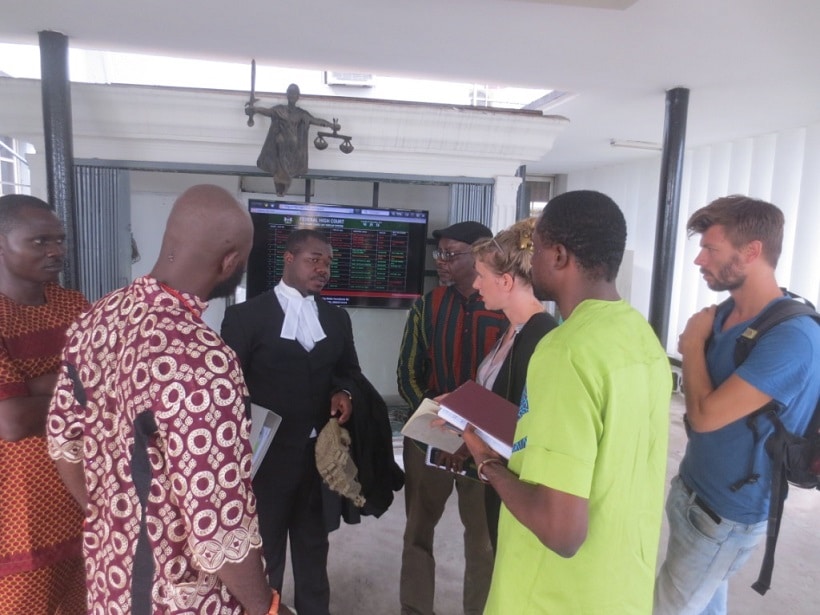 Counsel to the Artist Michael Akinyemi, sees the Tuesday 27th September responses to summon, though coming late, as fruits of the pressure on the Federal Government. The appearance of representatives of the 1st and 11th Respondents is a step towards averting the frustrating strategy of flouting court summons that has become synonymous with cases of citizens against the government.  ‘’In the absence of the respondents on April 11, a motion of substituted services was granted and the case adjourned till April the 28th.  By May 10th 2016, the respondents were still within time to file in their responses. A lawyer representing China Construction Company (CCC) on June 8th was also in court and agreement on certain issues was reached. They had responded after talks on their inadvertent involvement in the case fell through. The 9th respondent has also filed in counter affidavit yesterday and these are the processes so far right now”. 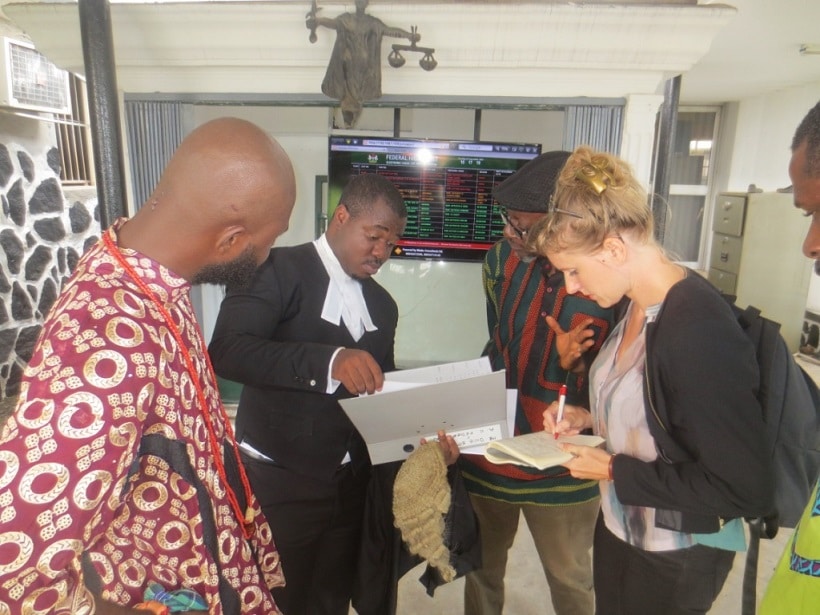 Akinyemi went further saying that, “the court couldn’t sit on Tuesday 27th September 2016 because the judge was on another assignment and has been adjourned till the 8th of November, 2016.’’

The lawsuit  titled “Mr. Owie Smart v A. G. Federation and 10 Others” with  number-FHC/L/CS/378/16”has Mr. Owie trading under the name and style of Woodcocks Studio & Gallery, as plaintiff with the following respondents:

Attorney General of the Federation

CORA/Arterial Network Nigeria, Country Representative of the Pan-African network of artists and cultural activists, was represented in court on Tuesday to monitor the case. In fulfillment of its mandate of defending the rights and status of artists, CORA/Arterial Nigeria, having been on the trail of the case from the outset, was represented by the National Coordinator Ayodele Ganiu, Member of the Steering Committee in charge of Media Samuel Osaze and the Treasurer Adesola Alamutu. The CORA/Arterial Network team attended the court session in company of some international journalists including Maria Groot from Belgium.

As reported on January 26 at the Press Conference called by the Nobel laureate, Professor Wole Soyinka to address the Demolition of the Artists Village, it will be recalled that on Saturday, 23rd of January, 2016 at about 6:00 am, the National Council for Arts and Culture Artiste’ Village which houses Arts Studios, Workshops, Dance studios and some service contractors, was invaded with a caterpillar from CCECC and two truckloads of Armed Policemen under the supervision of the General Manager of the National Theatre of Nigeria Kabiru Yusuf Yar Adua.

According to the January 26 report, the padlock and chain used to lock the gate were broken and the National Theatre’s GM entered the premises with his Demolition Squad. The noise generated by the forceful entry attracted the attention of the Residents who watched as he ordered the demolition of Arts and Dance Studios, Galleries and restaurants servicing the community. Some of the demolished structures belonged to the NCAC whilst others built by Artists had approval of the NCAC. One of the Artists Mr. Smart Ovwie a sculptor who arrived the scene later and saw the destruction of his properties lamented to Kabiru asking what he did to be oppressed this way, in response; the policemen harassed him and fired shots which sent bullets that got Mr. Owie in the leg.

Poets from all across the world to storm Lagos...